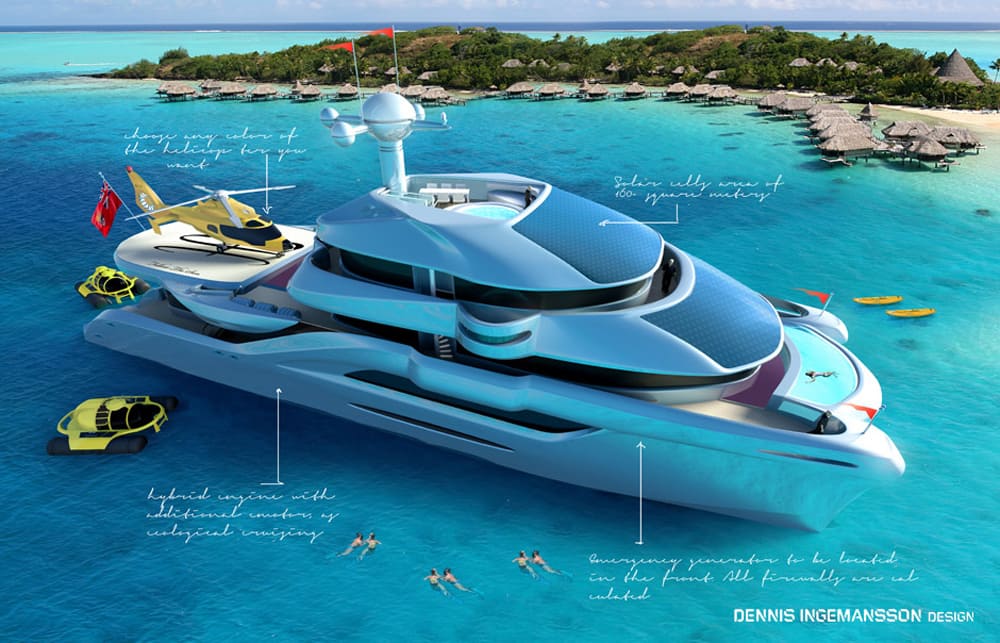 There’s a new jaw dropping catamaran concept out there, revealed by Swedish designer Dennis Ingemansson and Egon Faiss, from the Nedship Group. Currently in its final design stages, this futuristic catamaran is 50-meter long, but it can be adapted to shorter lengths as well, and it was meant to be solar-powered, which is Nedship Group’s specialty.

Previewed at last year’s Monaco Yacht Show, this sleek catamaran was built with only one thing in mind: to be as green as possible, that’s why the design team included over 160 meters of solar cells on this vessel, comprised within the yacht’s exterior surfaces.

The large solar cell area, combined with a hybrid propulsion system and wind turbine inclusion, means this vessel could travel the Seven Seas without having an effect on global warming. 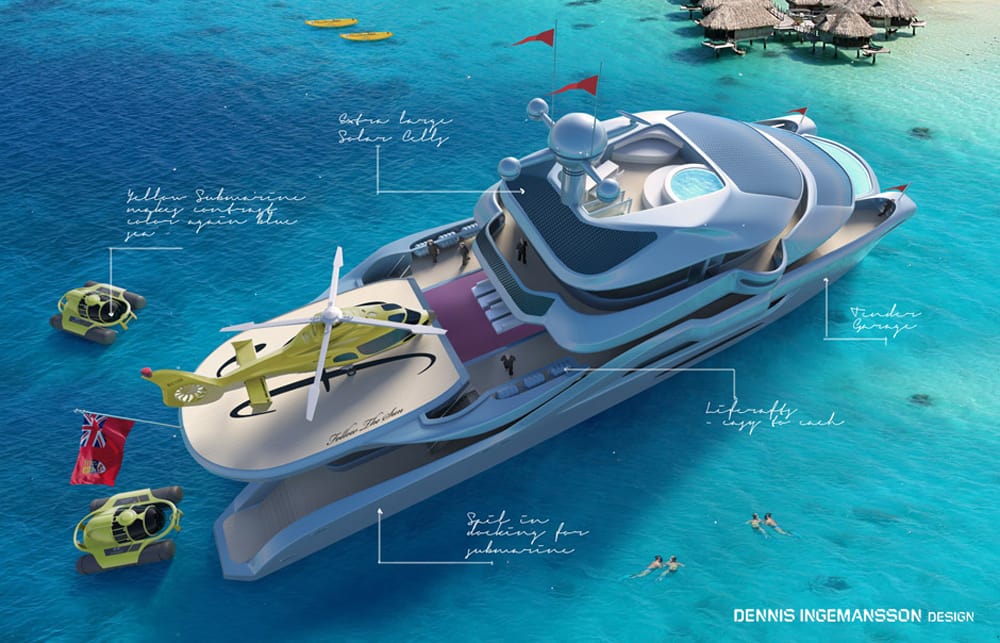 The vessel will feature a dedicated owner’s deck where there will be two owner’s suites, while guests will be accommodated below, on the main and lower decks, where four double rooms, with en suite facilities, will cater to their every need.

21st century technology will make the need for a crew to be minimal, while a helicopter hangar could be also available as an option. Additional equipment might include submarines and several tenders, in case you want to discover the wonderful aquatic life or have some fun on the waves. 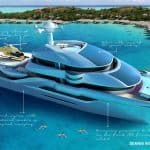 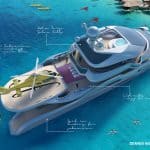