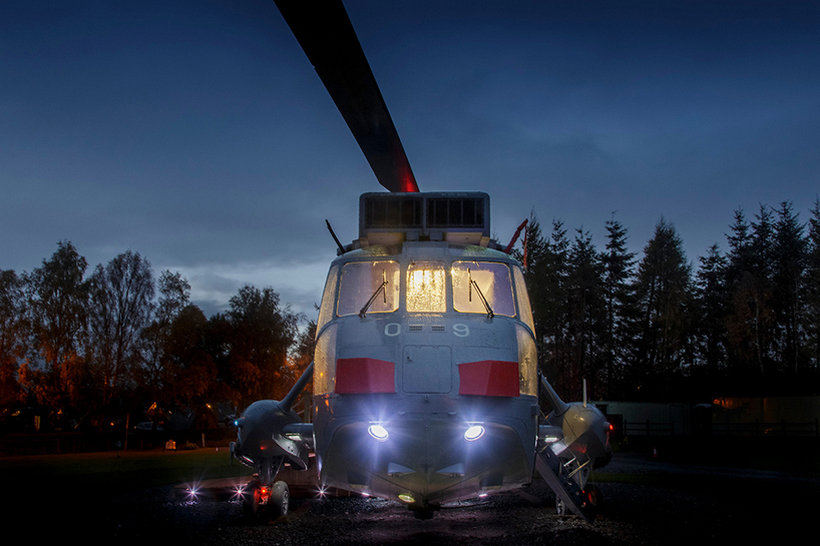 The Sikorsky SH-3 Sea King (S-61) is a twin-engined anti-submarine warfare (ASW) helicopter, designed and built by Sikorsky Aircraft, that has fascinated almost every single one of us ever since it was launched. At the moment of its introduction, back in 1961, it was the world’s first amphibious helicopter and also one of the first ASW rotorcraft to use turboshaft engines.

This helicopter combined the roles of hunter and killer in one breathtaking package, which have been previously carried out by two separate helicopters.  Operated by the United States Navy as a key ASW and utility asset for several decades, it was replaced during the 1990s by the non-amphibious Sikorsky SH-60 Seahawk, but did you ever imagine this highly efficient submarine killer could transform into a gentle and welcoming home? 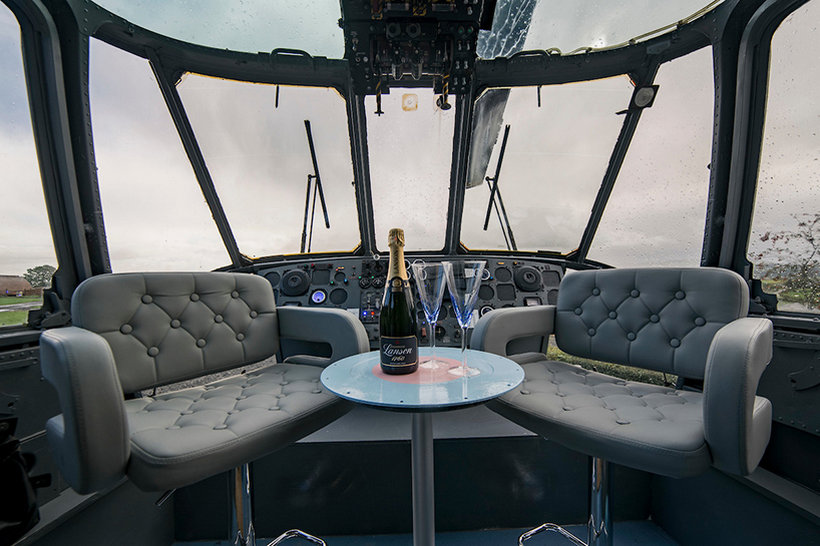 This decommissioned Sea King helicopter has been transformed into a one-of-a-kind hotel suite, ready to welcome guests from all corners of the world within a luxurious environment including a mini kitchen, shower room, and bed. Promising comfortable and laid back living, this helicopter will also charm everyone with an intimate cockpit seating area, which offers incredible views over the landscape of Stirling, Scotland, from a picturesque Thornhill campsite, where this helicopter can be found.

Signage, lighting, and paintwork were all restored to original condition, while the interior has never looked better – nor was it designed to. The spacious interiors will easily sleep up to a family of five, hosting a double, triple, and a single bed in the tail.

The creative team behind this project has also added a sun dome and doubled glazed patio doors to the side of the helicopter, thus allowing natural light to flow in and make your day on board even more enjoyable. A refitted flight deck completes this incredible Sea King, with swivel seats and a table made from an old fuel tank cover. I guess it’s time to get to the chopper! 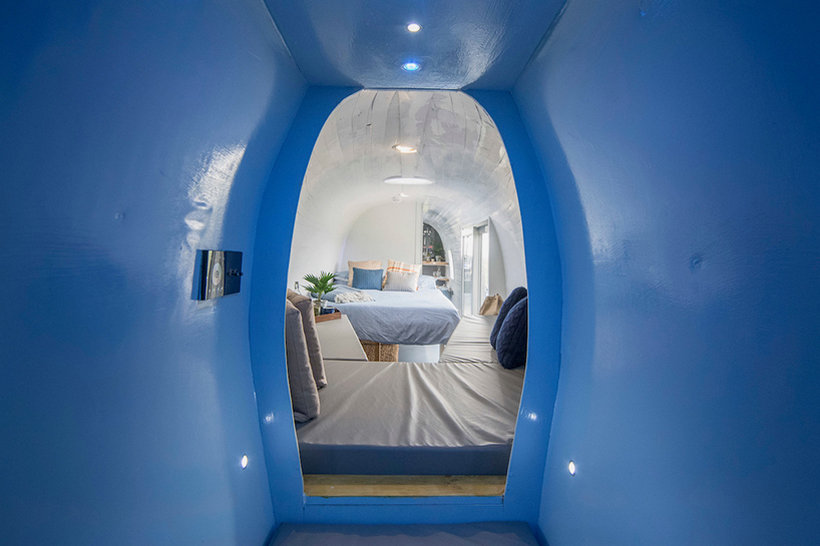 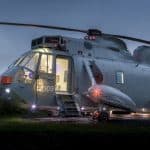 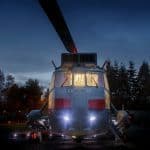 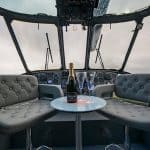 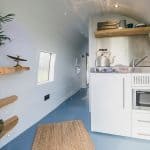 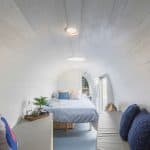 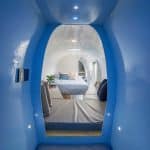 Tags:
Previous Article
The Refreshed Ducati Hypermotard 939 is Ready to Hit the Streets
Next Article
For €5.3M This Splendid French Castle Could be your new Home 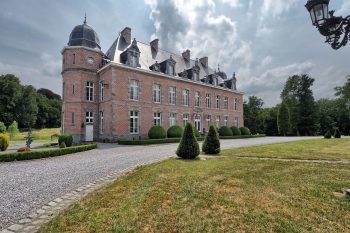 For €5.3M This Splendid French Castle Could be your new Home