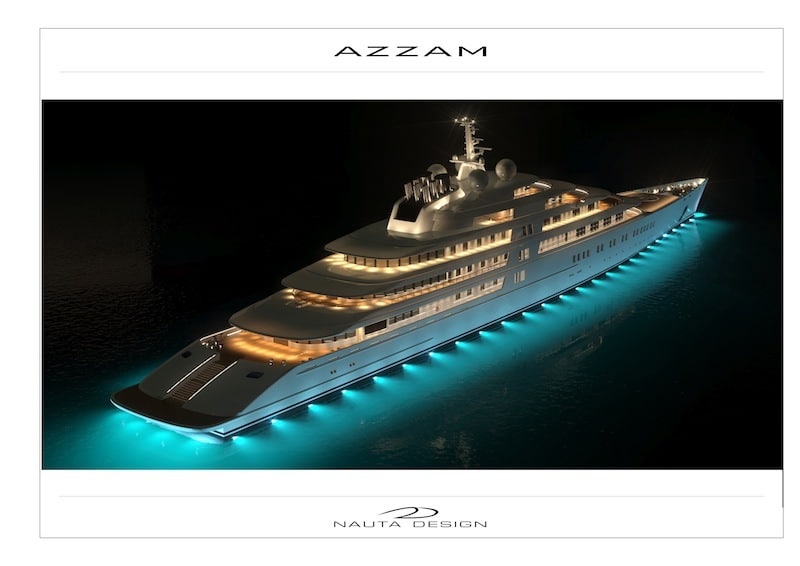 We’ve been talking about this staggering project during the summer of 2012 and it has finally come together – Azzam, the largest private superyacht in the world, was launched to water on the 5th of April in Bremen, Germany.

It was built under the careful supervision of Engineer Mubarak Saad al Ahbabi, who has reportedly chosen to personally intervene in every aspect of this superb vessel. Azzam is able to travel at humongously high speeds, given its massive size, upon warm and shallow waters, and is sophisticated enough to gorgeously accommodate royal personalities. This was in fact his brief, which it was built after. 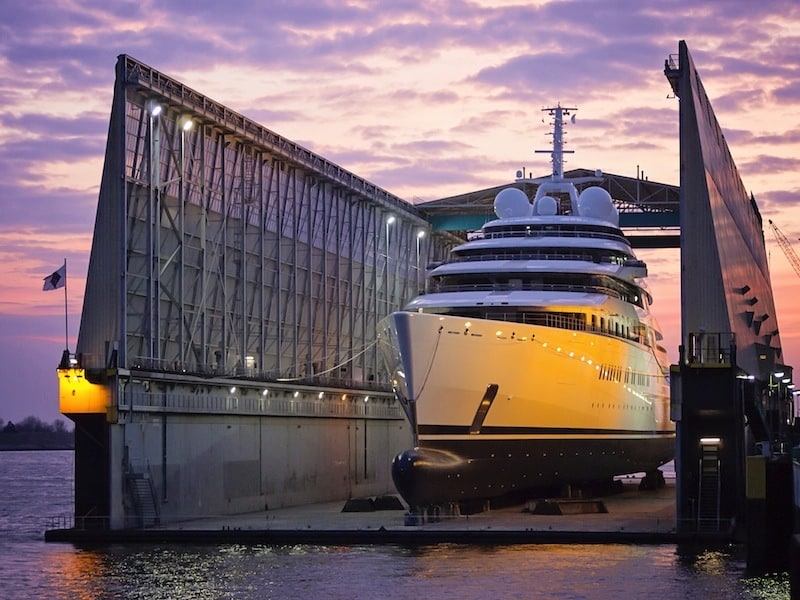 After a very complex building process, which is risen quite a lot of question marks and uncertainty, it is finally here. Worth around $610 million, this staggering cruiser is one hell of a record breaker, in terms of technology, performance and dimension. In spot of its humongous size, this baby is able to reach a top speed of 30 knots. It also breaks any record in building duration, dragging the Lürssen Yachts brand one step closer to manufacturing perfection.

Lürssen Managing Partner, Peter Lürssen, describes: “When she will be delivered later this year, she will have been in build for only three years following one year of engineering.” According to Superyachts, “amongst many other features, the yacht has a main salon with a length of 29 m and a beam of 18 m with an open plan and no pillars. She will travel in excess of 30 knots, powered by a combination of two gas turbines and two diesel engines with 94,000 horsepower.”

The interior design and decoration was taken over by acclaimed French designer Christophe Leoni. He had managed to finish an exquisitely unique project, as sophisticated and luxurious as to satisfy the trifles of our times: “Though yachting is not my main area of business, I thoroughly enjoyed the cooperation with Nauta and Lürssen and am confident that the final yacht is everything and more the owner expects.”

The owner of the yacht has not yet been revealed, with some sources speculating he’s a member of the Saudi royal family. 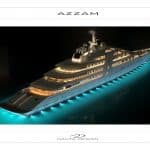 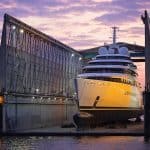 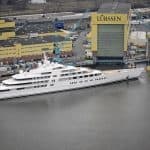 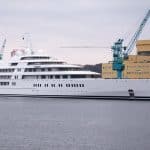 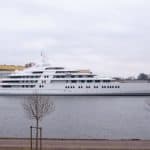 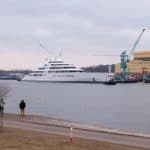 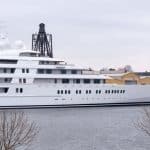 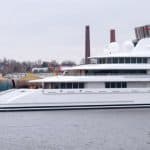 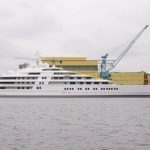 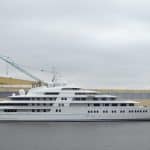 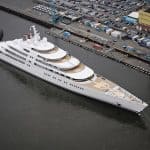 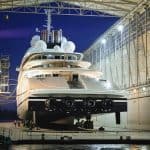