14 City Squares You Totally Have To Visit

Out of all the nice places of a touristic city, the main squares are probably the most visited ones. Lovely, medieval, mesmerizing and crowded most often than not, the city squares are the central attraction to travelers and locals alike, the main gathering place of the local community.

Large or small, they’re the heart of a town, with fairs and open markets, music concerts and cultural events often taking place there. Filled as well with restaurants offering a taste of the local cuisine, nice cozy cafes and monuments evoking the good old times in the life of the community, city squares are something not to be missed when visiting foreign cities.

If you’re curious, read on and find out which are the 14 City Squares You Totally Have to Visit: 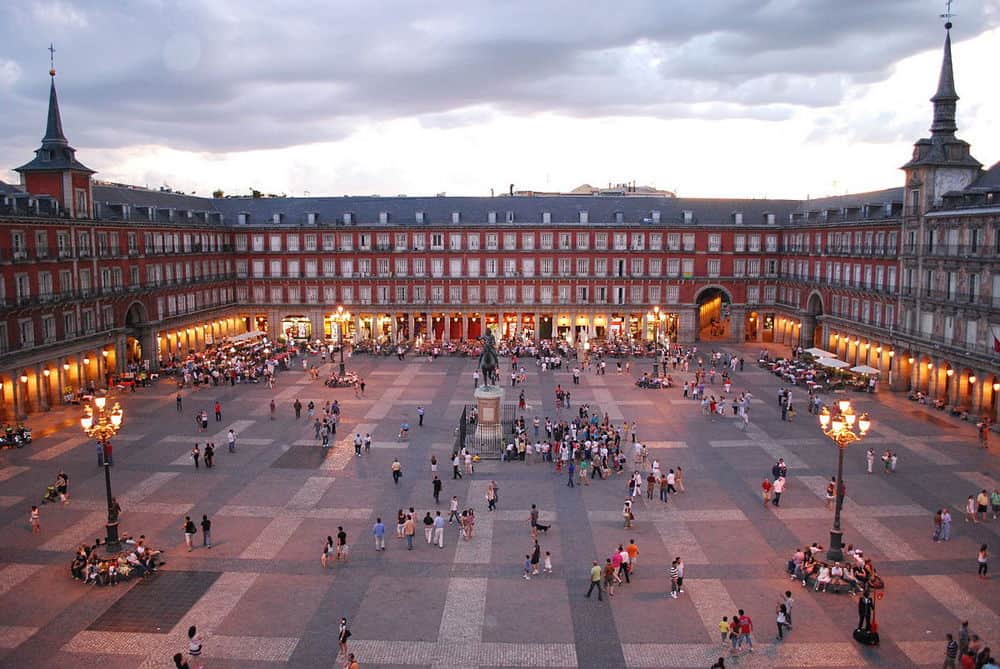 Madrid’s Plaza Mayor is the most popular square in Madrid and the one most tourists stick to when visiting the city. Built outside the city walls at first, it was used as a gathering place for markets, soccer games, public executions and the traditional bull fights.

Overlooking the square from its center is the statue of Philip III, and around you’ll find one of the most important historical buildings, Casa de la Panaderia, which was the headquarters of the bakers’ guild. 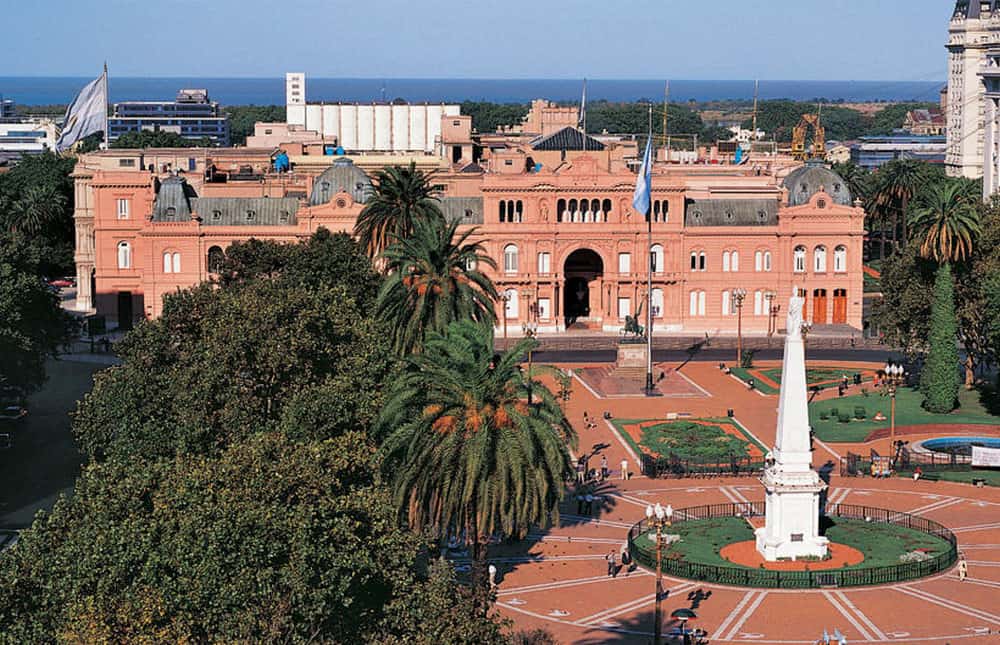 Plaza de Mayo is a historical and important landmark of Buenos Aires, Argentina. Around the square there are as well some other historically significant landmarks, such as the May Pyramid, the oldest monument in the city and the Cabildo, which served as the city council back in the colonial times.

The square is the city’s center, a point of focus for the political life and the spot where all the important events in the Argentinian history took place, where the victories and tragedies of the nation came together. It’s also the place where the May Revolution started back in 1810, which sparked up Argentina’s fight to get its independence from Spain, which finally happened in 1816. 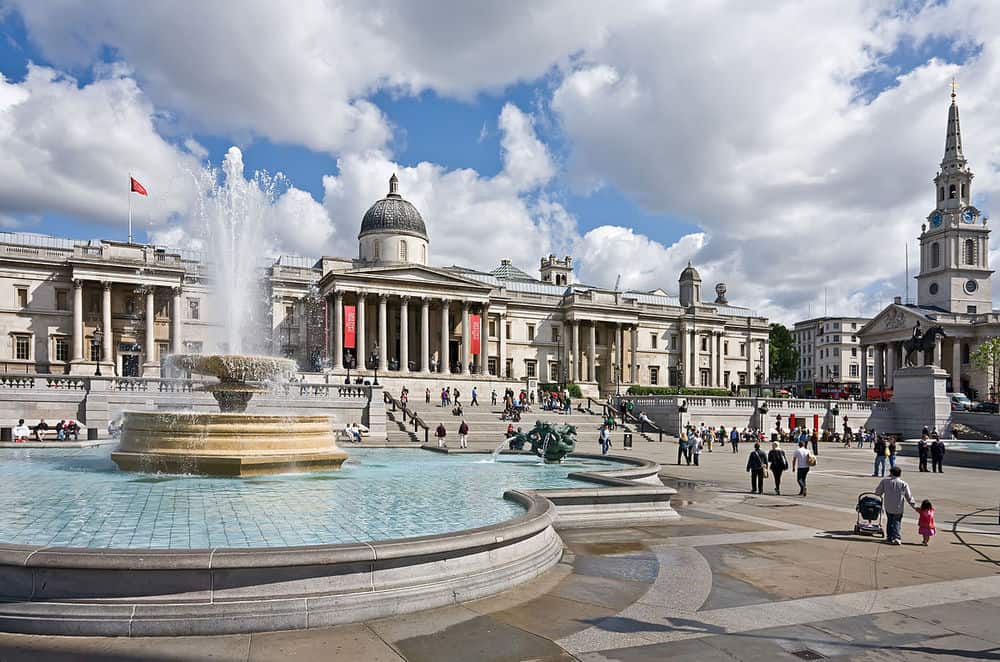 Named after the Battle of Trafalgar in 1805 when Lord Horatio Nelson won an important victory against Napoleon’s navy, London’s eponymous square is one of the prominent tourist attractions of England.

As expected, you’ll find a tall column with Admiral Nelson’s figure in celebration of the famous battle. Surrounding the monument there are four lions and then several fountains around the square emphasizing the historical significance of the place, which became one of the most important landmark for both foreign visitors and locals in London. 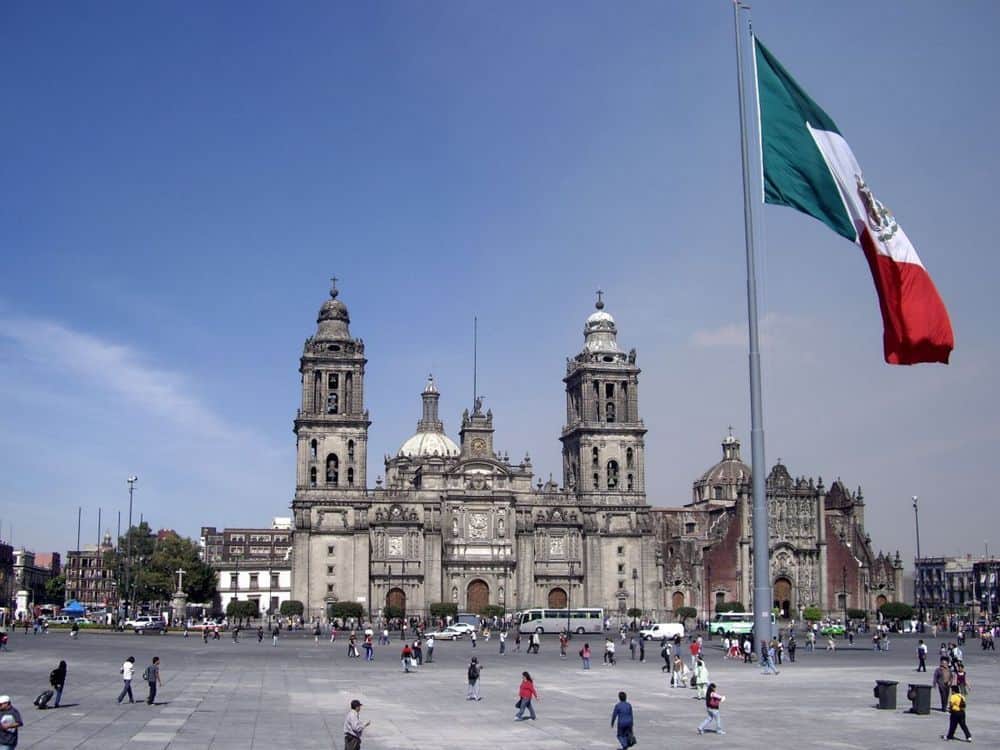 Zocalo is one of the largest city squares in the world. Located in Mexico City and enclosed on its right and left sides by the Metropolitan Cathedral and the National Palace, Zocalo is the historic center of the city.

With a long history and numerous traditions going back to the times when the legendary Aztecs lived, it’s a place where the Mexicans of today hold their greatest and most important ceremonies of the country. And one not to be missed when traveling to Mexico City. 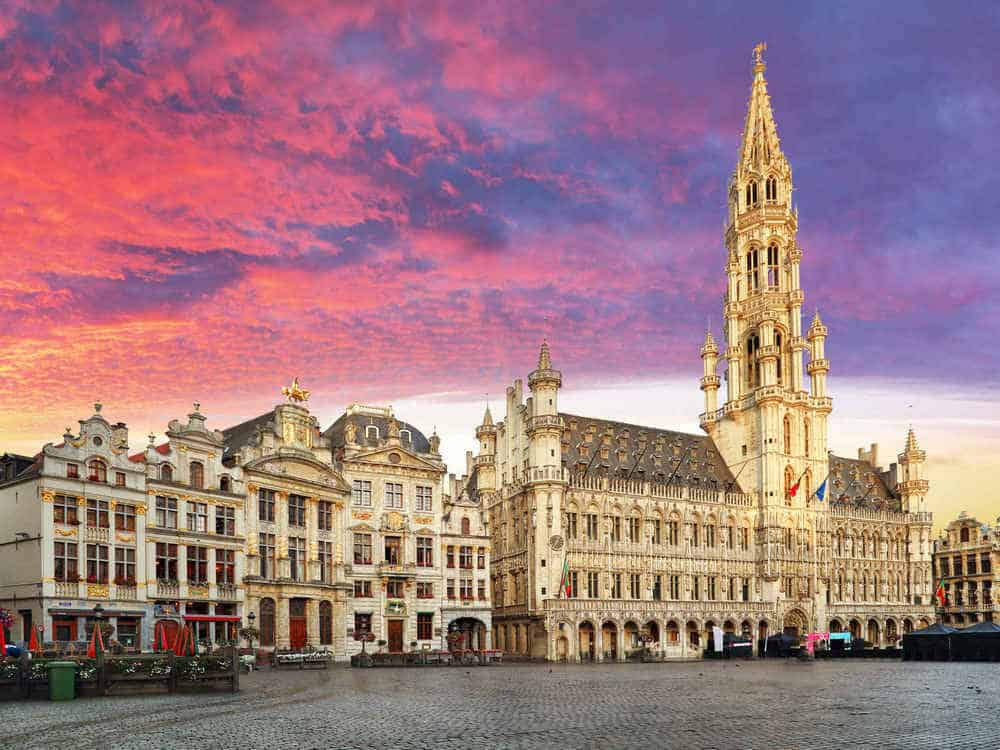 A beautiful place Brussels has to offer is the Grand Place, surrounded by the Breadhouse, the Town Hall and the former guild halls and usually filled with tourists. In the month of August, if you’re lucky enough, you might catch the few days when the square is filled with a lovely flower carpet.

Dating from the late 17th century, the Grand Place with its astonishing architecture shows the prosperity of the city back in the days. Characterized by different architectural styles brought together, the Grand Place is a unique place worthy of your visit. 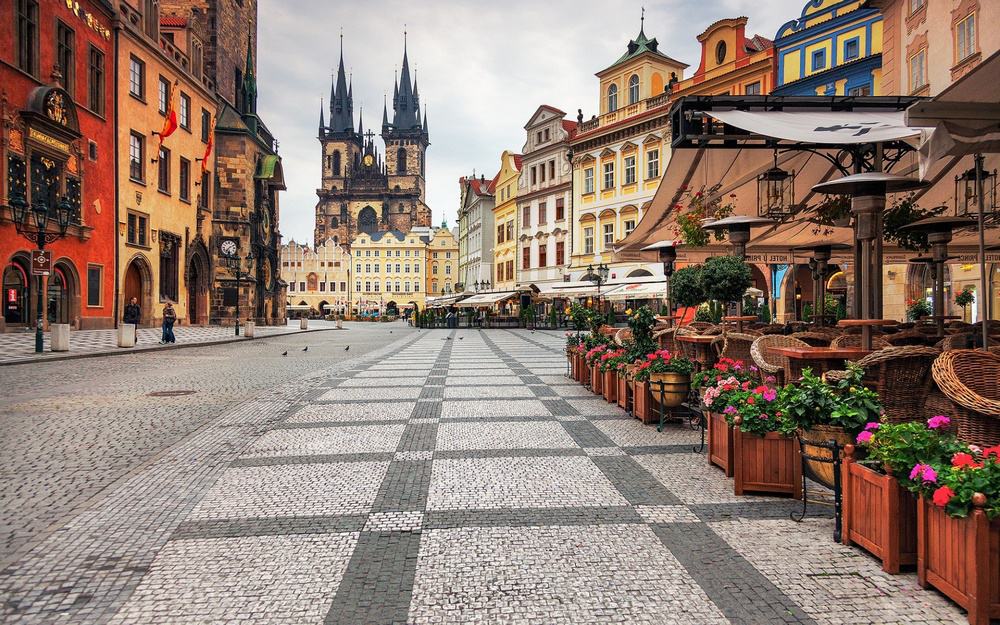 Medieval and romantic Prague has a lot to offer to any traveler wandering around its streets. And for sure most of them end up visiting the Old Town Square situated between the Wenceslas Square and the Charles Bridge.

With a wonderful combination of Gothic and Baroque architectural styles, the square itself has a lot of interesting landmarks. Among them are the Astronomical Clock and its tower which provides a panoramic view of the Old Town, the Tyn Cathedral in Gothic style and the Saint Nicholas Church built in the Baroque style. 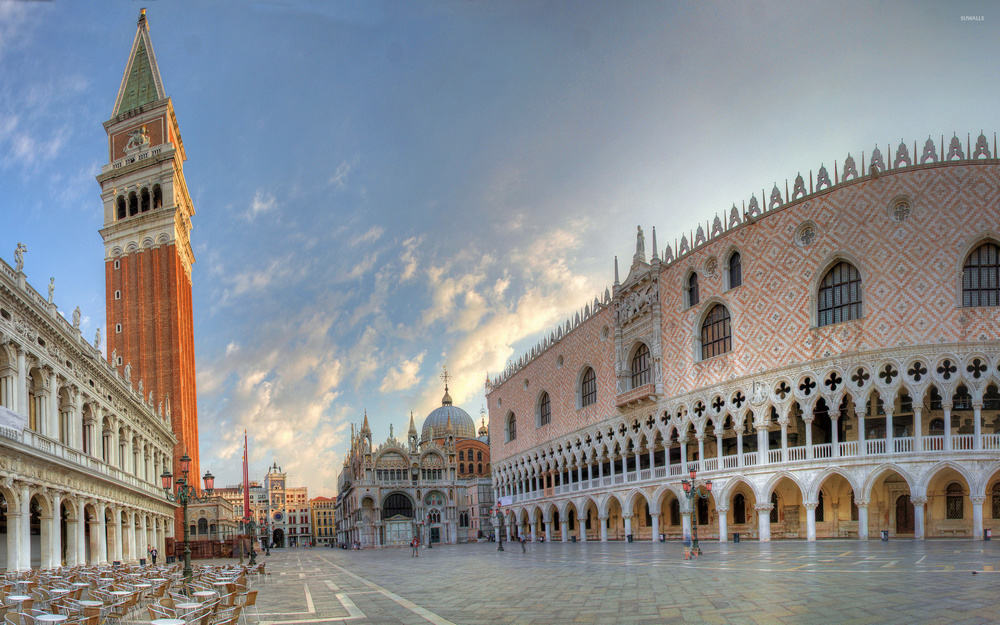 The ‘drawing room of Europe’ as Napoleon called it, Piazza San Marco, the main square of Venice, Italy, is one of the most visited places in Europe.

With Basilica of San Marco and The Piazzetta adjoining the main square, Piazza San Marco became the social, political and religious center of Venice, dating back to the year 819. 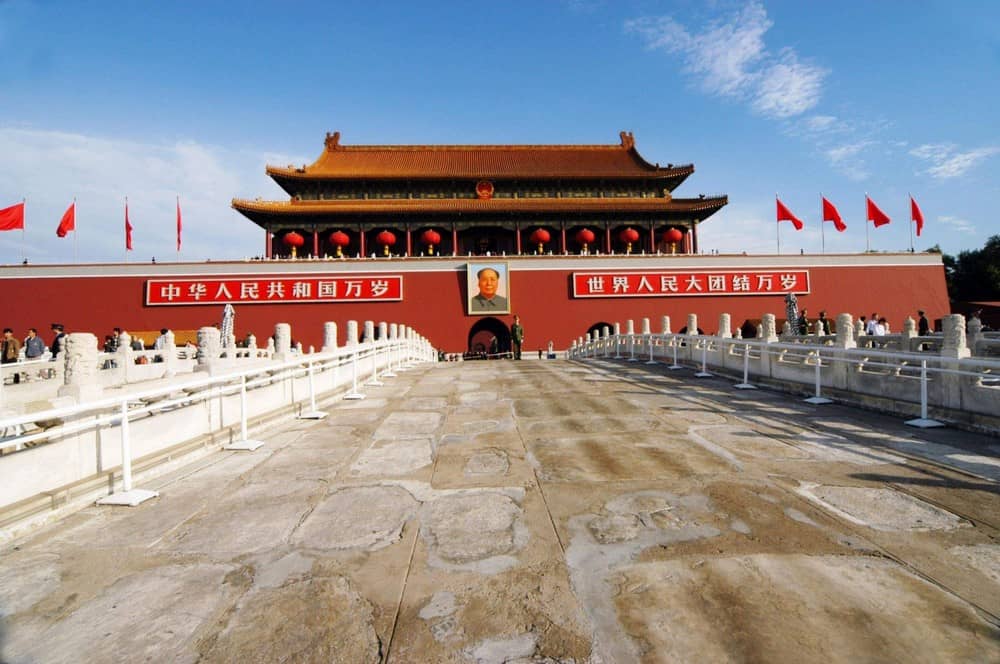 Located in Beijing, China, the Tiananmen Square is one of the largest city squares in the world, featuring monuments from the Maoist period and separating the Forbidden City from the rest. The name means ‘Gate of Heavenly Place’.

Besides the many monuments celebrating heroes and historical landmarks of the country, the Tiananmen Square is very well known to most foreigners due to the massacre that happened there in 1989, after a pro-democracy movement ended up to say the least, in a very bad way. 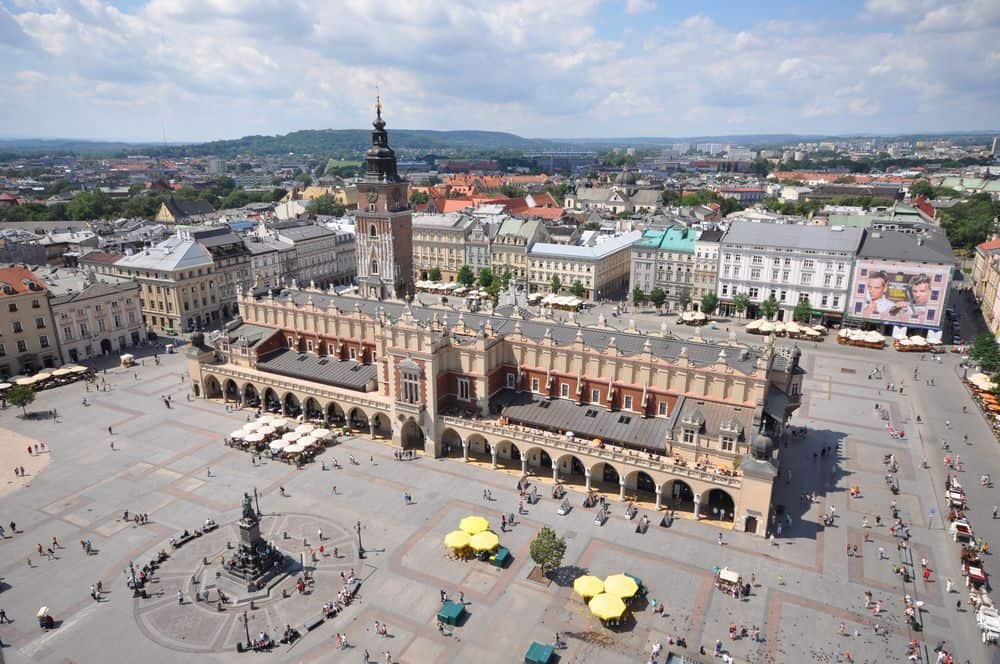 Located in the Old Town of Krakow, Poland, the Main Market Square is the largest medieval town square in Europe, with a history that goes back to the 13th century.

Surrounded on all sides by historical landmarks and buildings such as palaces, churches and townhouses, out of which the towers of Saint Mary’s Basilica and the Cloth Hall are most impressive, the Main Market Square of Krakow is one wonderful place to visit for anyone in love with history. 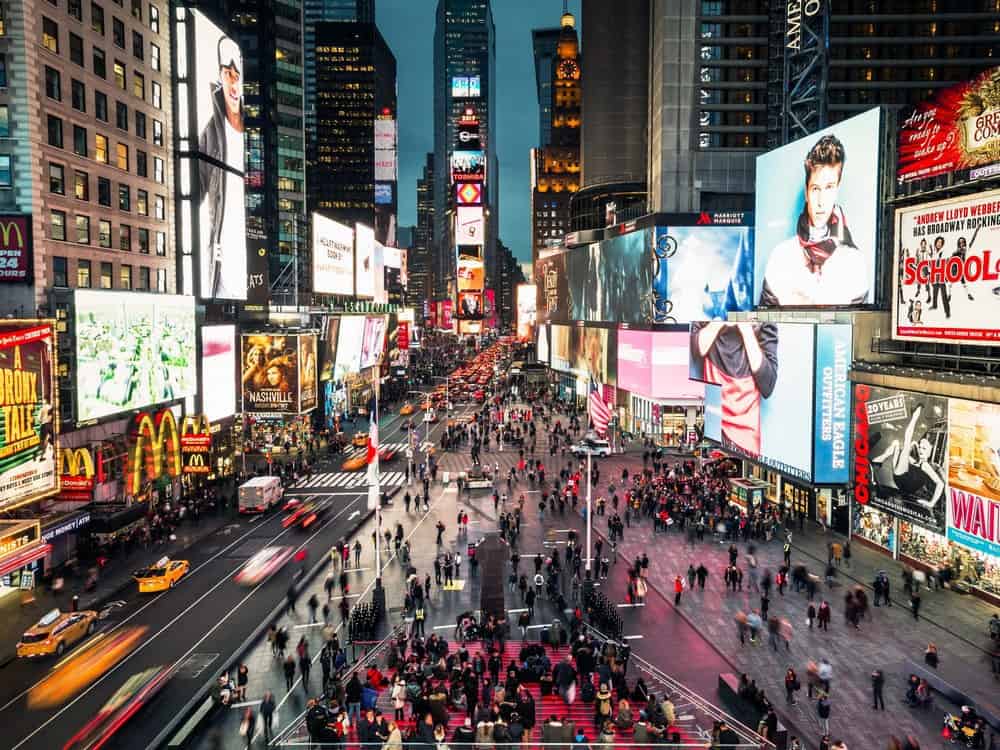 New York, New York. The famous Times Square, which leads to Broadway and the Seventh Avenue became an icon of the city that never sleeps. It’s ubiquitous image, with huge LCD’s and bright commercials all around is very well known to the whole world.

With over 300,000 people passing through on a daily basis and more than 50 million tourists visiting it annually, Times Square is occasionally referred to as ‘The Crossroads of the World’. It’s definitely an important tourist destination and a major commercial and entertainment center. And one worth visiting nonetheless.

Connecting Vatican City to Rome, Saint Peter’s Square is located right in front of St. Peter’s Basilica, both named after one of Jesus’ apostles and the first Catholic Pope.

The Egyptian obelisk that stands out in the center and dominates the square was brought there in 1586 during the reign of Emperor Augustus, almost 100 years before the birth of the square. 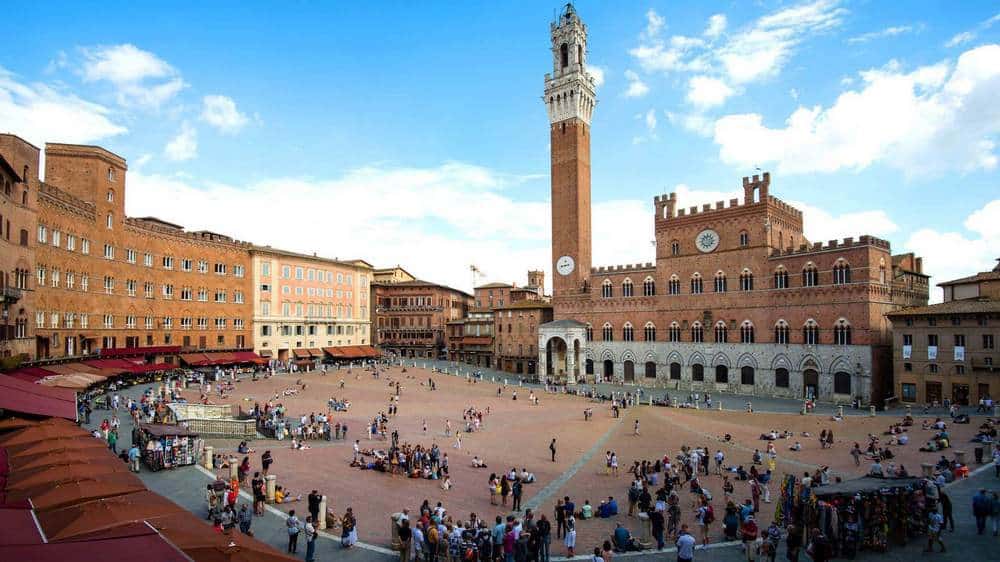 Italy’s legendary Tuscany region features one of the best preserved medieval squares in Europe, located in the city of Siena. It stands as the city’s main square and historic center, one definitely worth checking out when there.

The main and the most important structure of the square is the Palazzo Pubblico and along with the other smaller palazzi which belonged to the rich families of Siena in the past, they make for an amazing historical experience. Add to that race horses two times a year that circle the Piazza on a thick layer of dirt and you’ll have a nice and fun experience there. 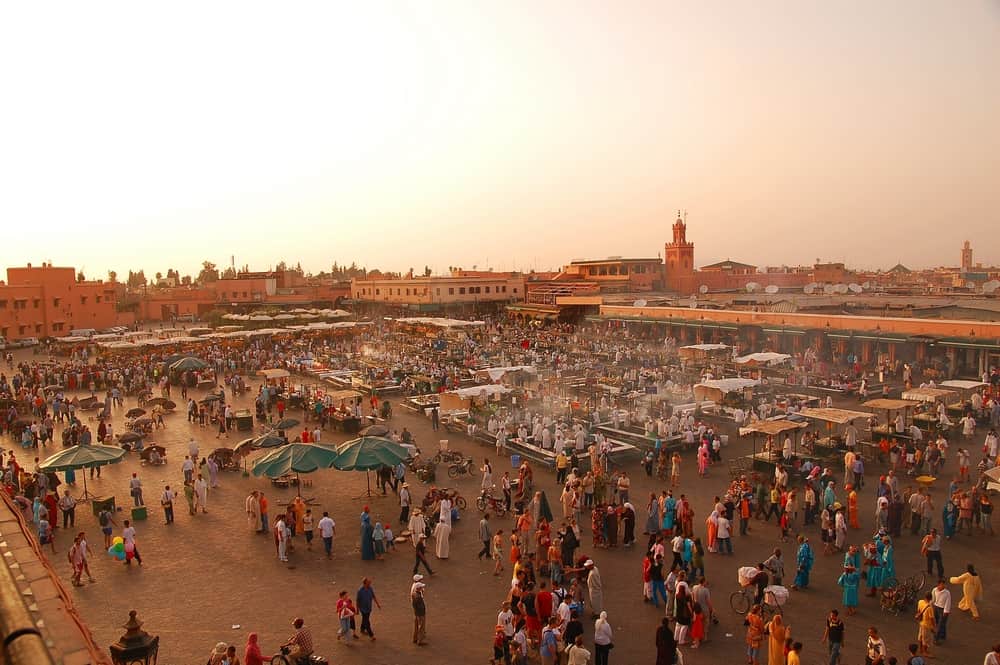 Another unique and impressive place of our world, Morocco’s Marrakesh mesmerizes tourists from all the corners of the Earth with Djemaa el Fna, the city’s central square.

It has a unique flavor, different from most other squares, with its bazaar atmosphere full of rich spices, magicians, traditional witch doctors and numerous other entertainers. Djemaa el Fna is as well the perfect place to try Marrakesh’s local cuisine. 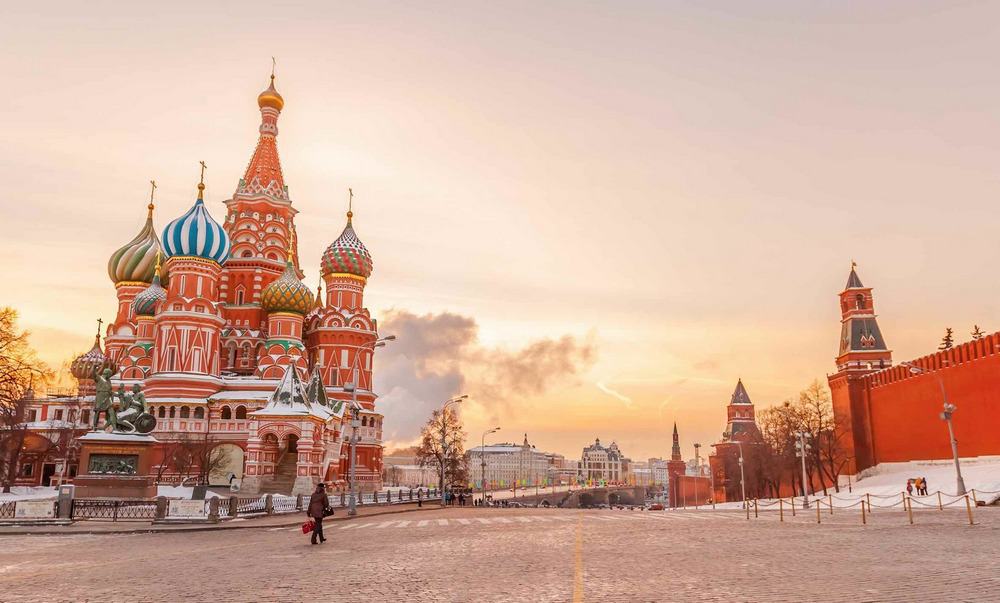 The Red Square is probably the most important and the most known landmark of Moscow with Saint Basil’s Cathedral, the State History Museum, Kremlin’s wall and the Lenin Mausoleum standing out as historical monuments.

During the rise of the communism in Russia, the Red Square was of significant importance but the meaning of its name has no actual connection with the communism, but comes from the Russian word ‘krasnaya’, which means both ‘red’ and ‘beautiful’.

The 14 Most Beautiful City Squares in the World
Tags:
Previous Article
Brabus’ Mercedes-Benz G-class Nails Luxury and off-road Prowess
Next Article
The Solitaire Lodge is Just What the Doctor Ordered