When you think of rich people, what exactly do you think of? We reckon it’s opulence and capricious lifestyles, yacht parties on the other side of the world, celebrities and luscious models with tens of thousands of followers on their social media profiles, fancy ostentatious car collections and private jets, fake rehearsed smiles on camera and lots of media coverage.

But there are others out there, not your typical millionaires and billionaires, who live a normal life just like most of us do. They spend their time at the office with their employees, creating products you use every day, they might not even have an assistant at all and they sure do enjoy the anonymity. That’s why you’ve never heard of them. So no interviews, no fancy cars, no attention seeking habits, just some simple people with loads of money.

Now, if you’re curious, let’s find out which are the Top 10 Unknown Billionaires: 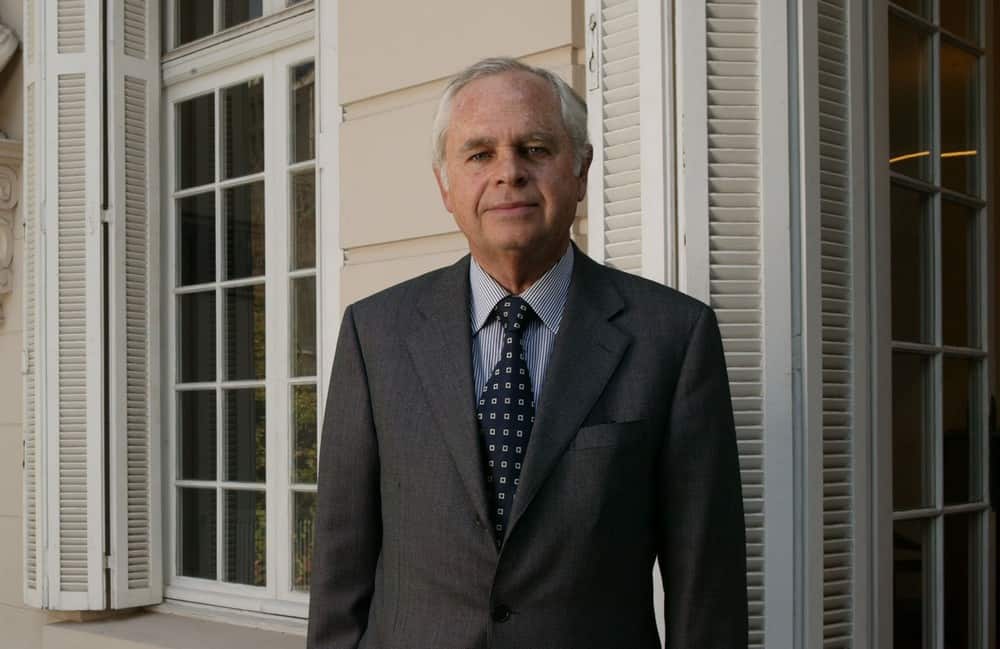 Eliodoro Matte is a descendant of the Matte family, a wealthy and influential Chilean family with Catalan origins and a story which began back in the 19th century with Francisco Javier Matte and his wife. By 1855, they already had a textile store in Santiago de Chile and their son had opened a bank in Valparaiso.

Eliodoro is keeping the tradition of the family alive after he inherited Compania Manufacturera de Papeles y Cartones from his father, Eliodoro Matte Ossa. Two of his three children work as well in the company and, at the age of 72, his net worth rises to the staggering sum of $1.03 billion according to Forbes. 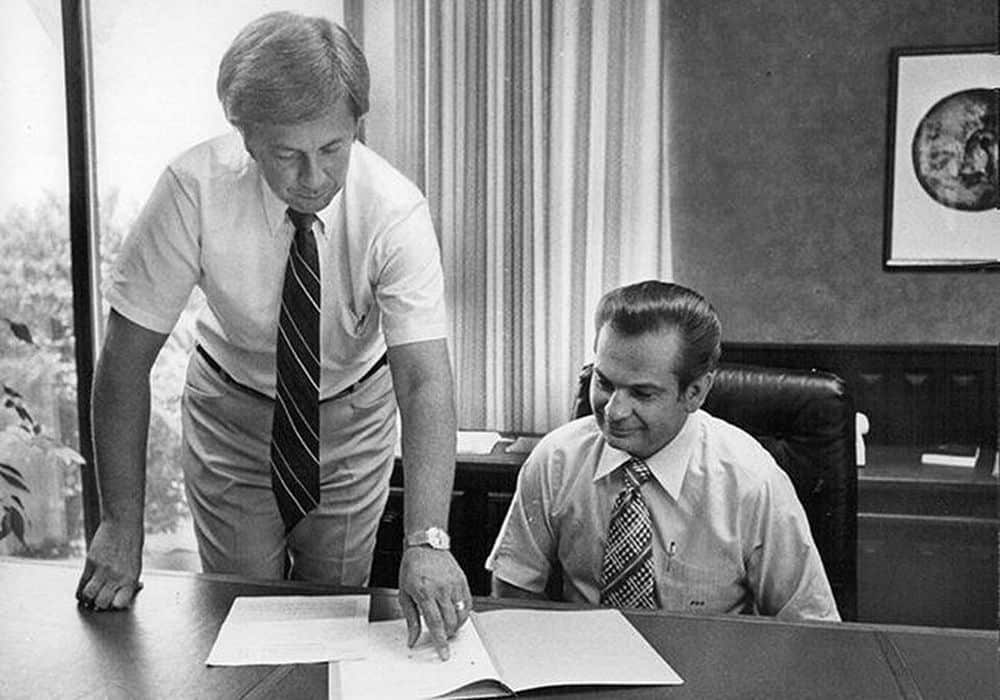 James Leprino is an American businessman, owner of Leprino Foods, the largest maker of mozzarella cheese in the United States, selling their products to the likes of Pizza Hut or Domino’s.

Everything started back in 1950 when his father Mike Leprino Sr., an Italian immigrant, opened a store and started selling cheese specialties. The store closed in 1958, but he founded Leprino Foods, with a focus on making cheese for pizza. The business grew into what it is today and was continued by his son. James Leprino now has a wealth of $3.1 billion, most of it due to making pizza cheese. 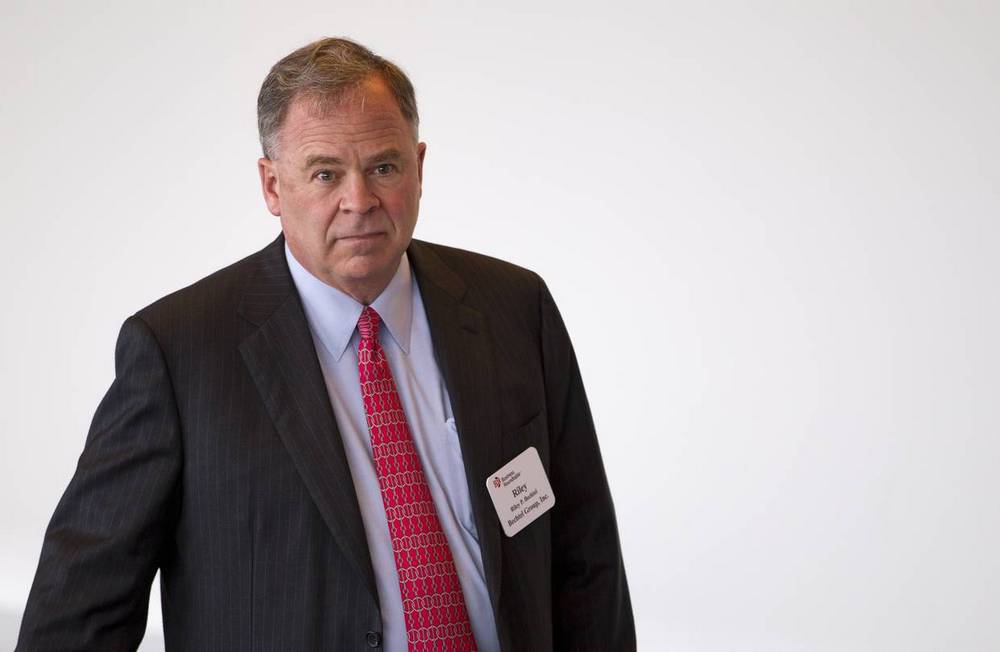 Riley Bechtel used to be the chairman and CEO of Bechtel Corporation founded in 1898 by his great grandfather Warren A, the company behind the creation of the Channel Tunnel, the Hoover Dam and the Tacoma Narrows Bridge.

After stepping down from the leadership of the company in 2014, he left it in the hands of his son, Brendan. He remained chairman until last year. Currently residing in California with his wife Susan, he’s still on the board of directors of some other important companies, some of them owned by Bechtel Corporation, and in the councils of important institutions like the National Petroleum Council. His net worth today, according to Forbes, is a good $3.3 billion. 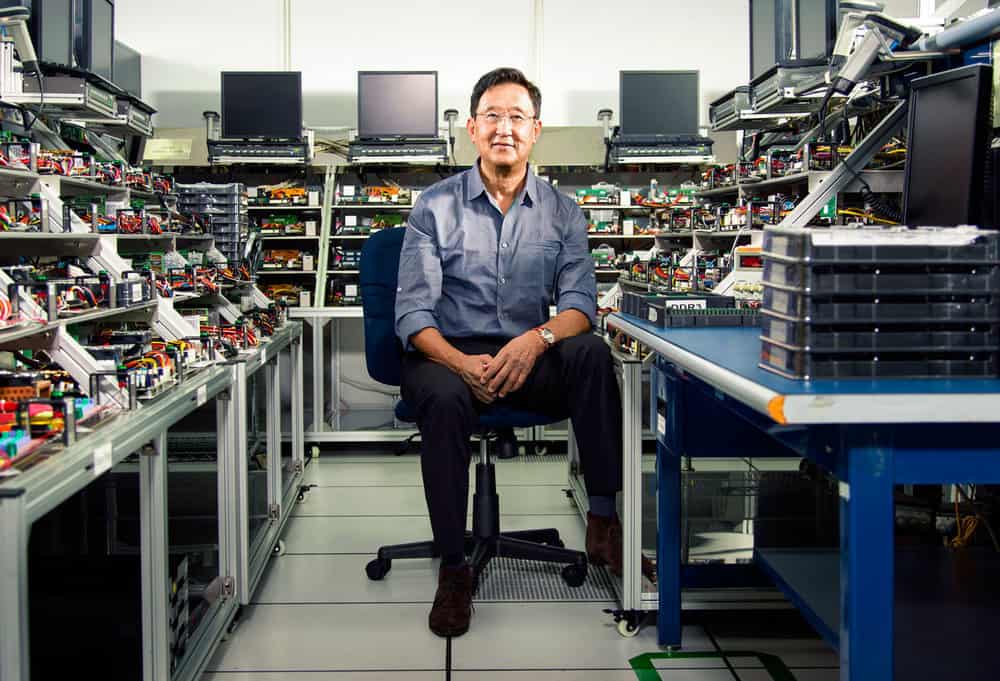 The Chinese-born American entrepreneur John Tu is the co-founder of Kingston Technology, started after he and his partner, David Sun, sold their first company, Camintonn, for a good $6 million. His economic skills led him make a good move by selling 80% of Kingston to Softbank in 1996 for $1.5 billion and then buying it all back three years later for only $450 million.

Born in Chongqing, China, John Tu studied electrical engineering in Germany and then moved to California. Nowadays he’s married with two children, plays drums in a band and supports a lot of other institutions and foundations such as Freedom Writers, trying to build a better world. John Tu’s net worth today is a staggering $4 billion. 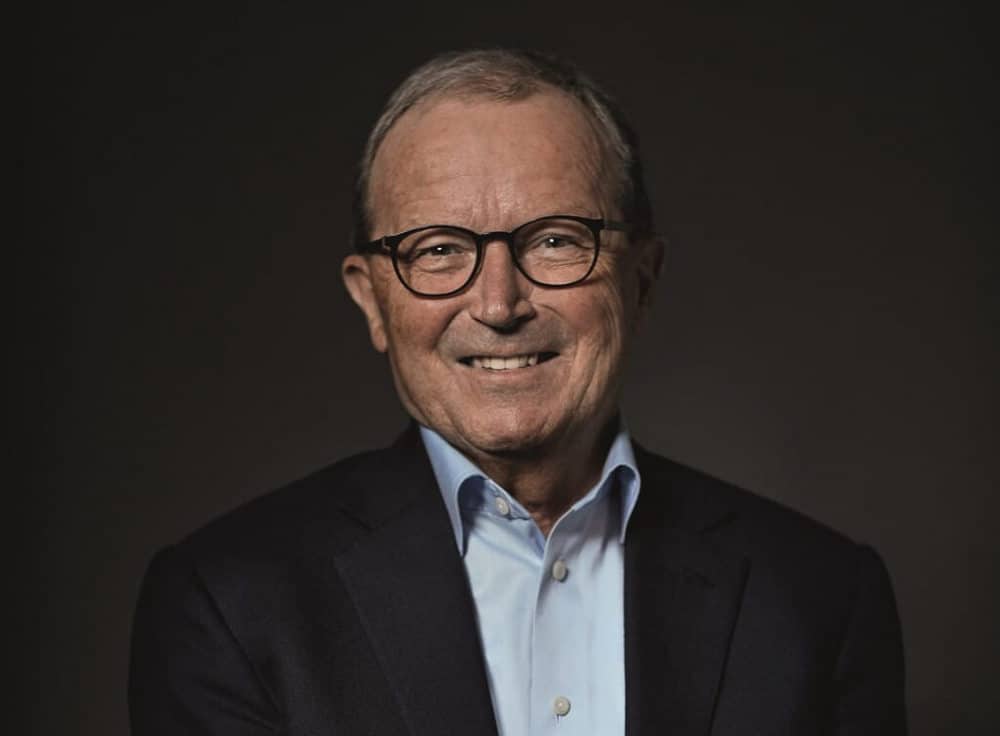 The richest Dane today and the third-generation owner of Lego, the famous toy maker, Kjeld Kirk Kristiansen has a 75% stake in the company which he splits evenly with his three children, together controlling the business.

Besides Lego, Kristiansen is involved as well with other companies such as Merlin Entertainment and Madame Tussauds. He’s got investments in wind farms and real estate too. All of these brought Kristiansen a good net worth, which rises today to the sum of $5.5 billion. 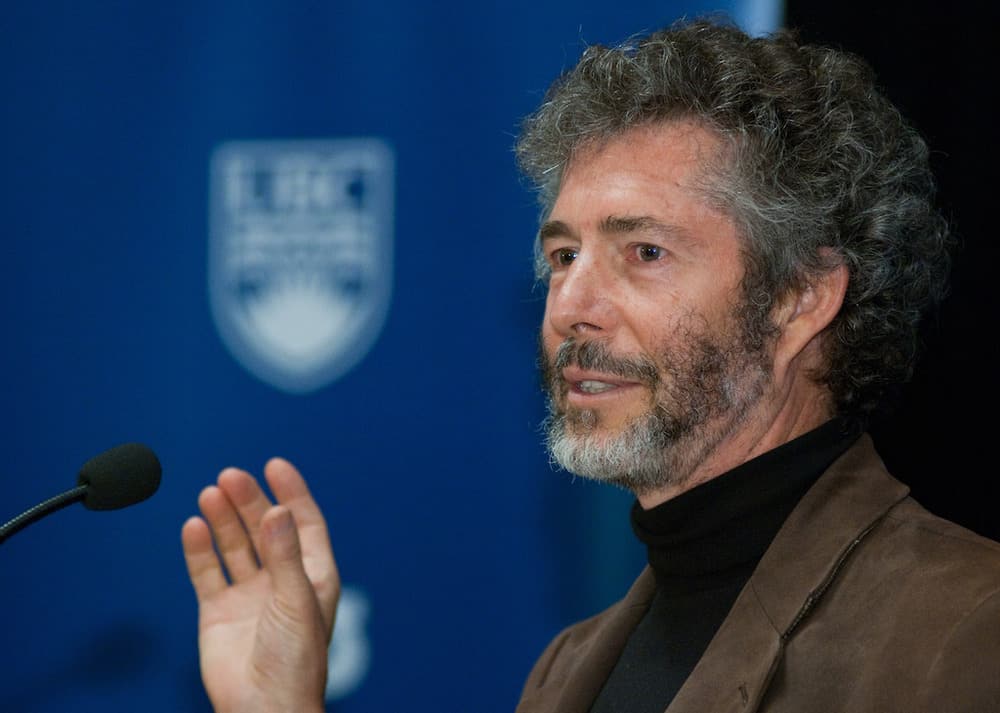 Born in Vancouver, Canada, David Ross Cheriton is a computer scientist, mathematician, philanthropist and professor at the Stanford University in California. He’s a businessman and venture capitalist as well. He made his fortune after investing $100,000 in Google when it was just a small start-up, back in 1998. Today that check is worth more than $1 billion in Google stock.

Together with a partner who also invested the same sum in Google at that time, they created and later sold three companies: Granite Systems, Arista Networks and Kealia. Cheriton also supported education through donating a few dozen million dollars to various universities. His wealth today rises to a good $6.5 billion. 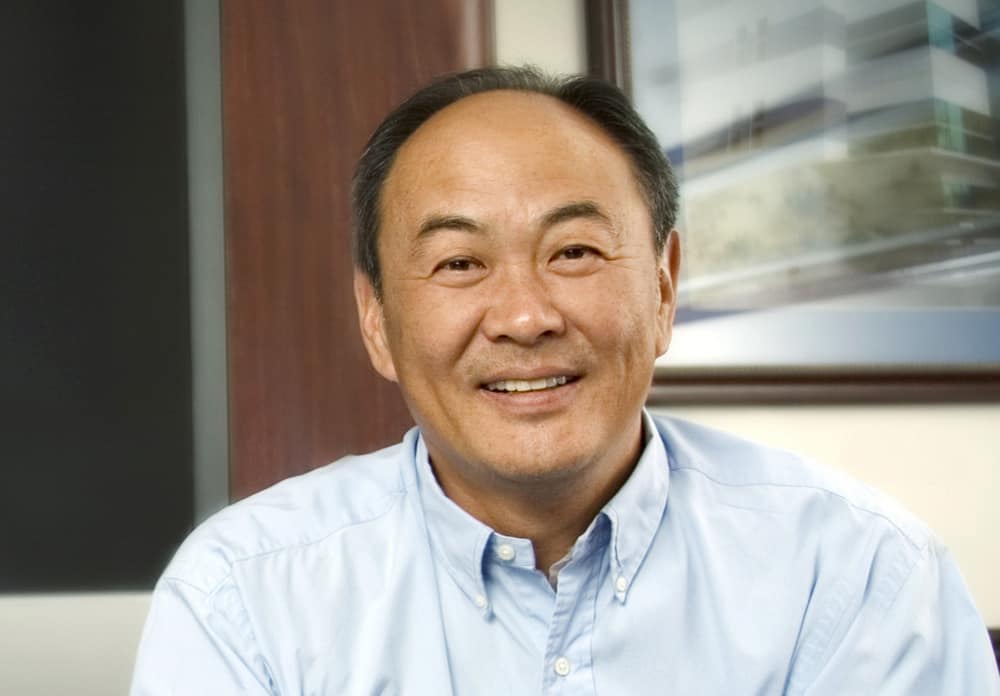 David Sun, the lifelong business partner of John Tu, was also involved in Kingston Technology, one of the largest manufacturers of computer memory products, USB drives and SSD’s.

Born in Taiwan and raised in China, David Sun studied at the Tatung University and then moved to the United States in 1977. Five years later he and John Tu were founding Camintonn Corp in a garage. Sun is still involved in running Kingston Technology as a COO. He and his wife now have a foundation which supports education and healthcare back in Taiwan. David Sun has accumulated a wealth of $6.9 billion until today. 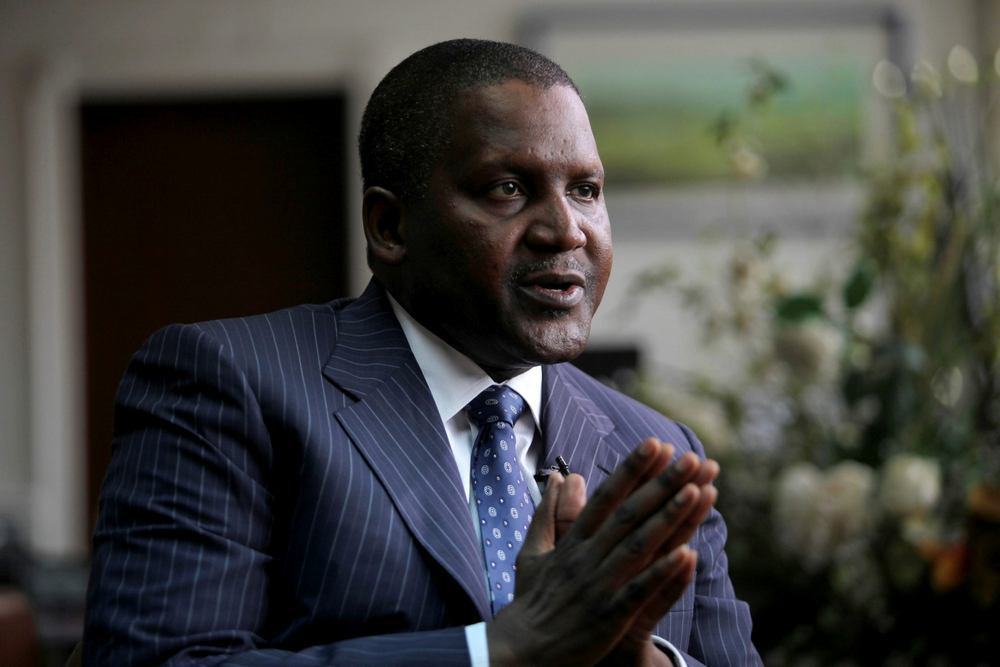 Born in Nigeria and owner of the Dangote Group, Aliko Dangote is the richest man in Africa, with a present net worth of $13.9 billion. Part of Dangote Group, Dangote Cement is the largest cement producer on the continent.

While initially a small trading firm, the company expanded and encompassed food processing and shipments as well. The group now includes Dangote Sugar Refinery and Dangote Flour as well, making Dangote Group the largest industrial company in Nigeria and one of the most important in the whole African continent.

A German businessman and arts collector, Reinhold Würth built the Adolf Würth Group after taking over his father’s screw business. By delivering products straight to the customers on construction sites and mechanical shops, the company quickly became leader of the market.

The Adolf Würth Group operates in more than 80 countries, supplying fastening and assembly materials in the construction, engineering and automotive fields, with sales of more than $14 billion. Though Reinhold retired back in 1993, he’s still the chairman of the supervisory board. His net worth rises today to the sum of $14 billion. 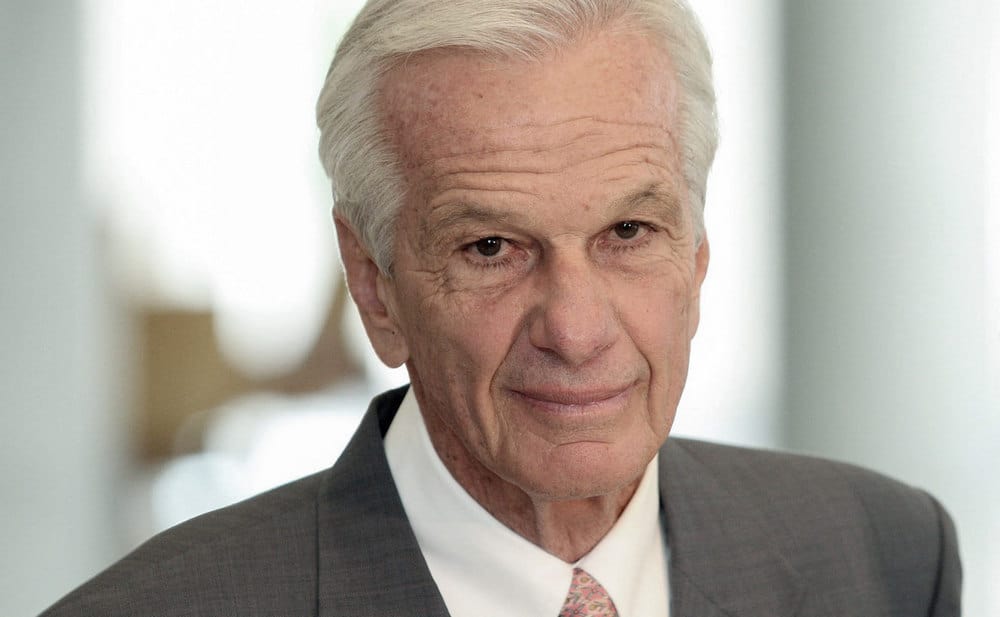 Jorge Paulo Lemann is a Brazilian investor of Swiss origins and the richest person in Brazil nowadays. Educated in the US, he received a bachelor’s degree in economics from the Harvard University.

Lemann began his career in investment banking, then became one of the founding members of Banco Garantia in Brazil, and later he moved on to other domains as well, controlling – along with his partners – the largest brewer in the world, Anheuser-Busch InBev, and holding stakes in Restaurant Brands International and H.J. Heinz & Company, among others. His net worth right now rises to the staggering $28.7 billion.