Top Ten Most Expensive Cigars In The World

Enjoying a fine cigar is a unique experience and a ceremonial event usually marking a special occasion. With a good scotch on the rocks or an exquisite cognac by the side you have a true delight ahead. Often associated with power and wealth, cigars are made through a delicate process, each of them coming with its own flavor and character.

That’s why it’s so difficult to decide which one is the best and cigar aficionados will always disagree on this subject, so we’re going to take another approach on discovering which are the most valuable cigars. The list that follows presents the ten most expensive cigars in the world right now, ranking exquisite brands and cigars by their market price. 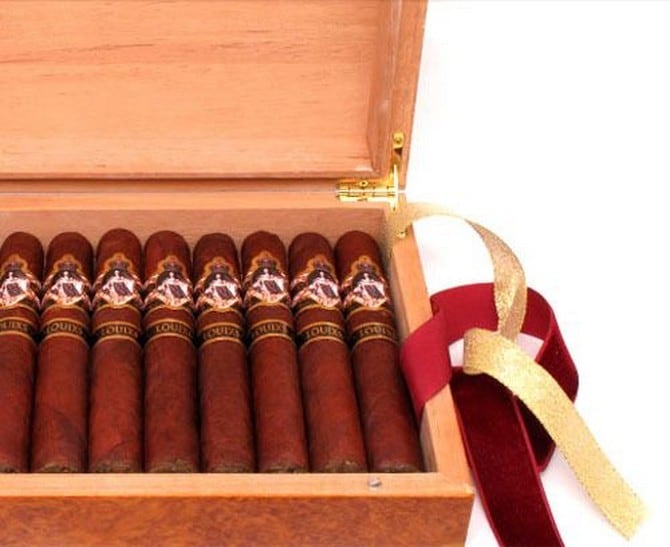 Produced by the Goldwin Metropolitan Company, these wonderful cigars come in Rosado wrappers and cost $50 each. They are quite large, featuring a six inch ring and they can be bought individually as well. Made in Nicaragua with a Rosado wrapper leaf, the Louixs cigars feature the portrait of Louis XIV on them to make ’em as royal as can be.

Every part of the manufacturing process is carefully managed by master cigar makers with native Cuban rollers, taste testers and veteran reviewers which check every aspect of the production. These cigars have a lovely flavor with hints of cocoa and spice, that could be enjoyed for an hour and a half until the cigar is finished. 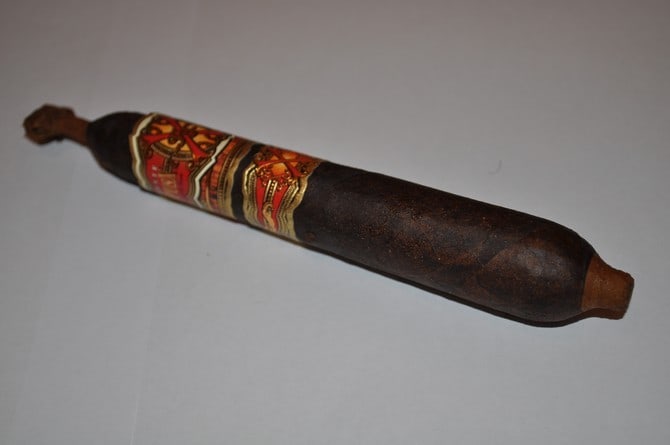 Very high on demand, the Opus X BBMF cigars are pretty difficult to find, manufactured by none other than Arturo Fuente, one of the world’s most acclaimed cigar makers. The cigar has the initials BBMF on them which come from “big bad mother fuc**r” due to the seven inch size.

If you can find one on the market, the price is $55 but ever since they were introduced, back in 1995, they’ve been harder and harder to buy because they have a huge fan base right now. 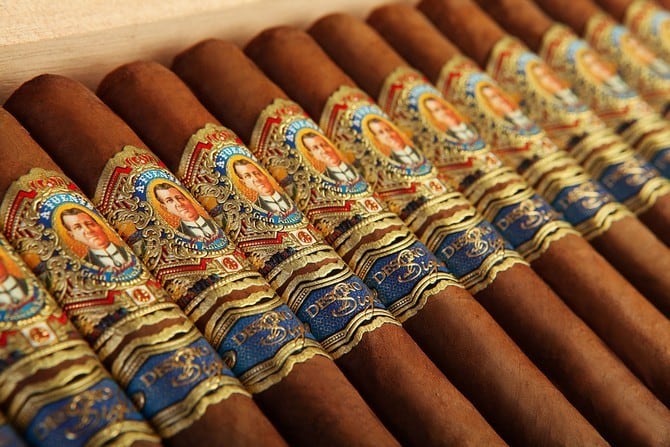 These wonderful cigars were created back in 2001 but were only released in 2008 in the memory of the same Arturo Fuente. The box comes with 46 natural wrapped cigars as well as 46 maduro wraps and costs no less than $7,500.

The wrapper leaves come from Chateau de la Fuente, where the famous cigar makers started their business in 1912. Each of these cigars has been aged for seven years and they come in the natural and sun grown variety, one with a red ribbon on the foot and the other with a cedar and black ribbon. 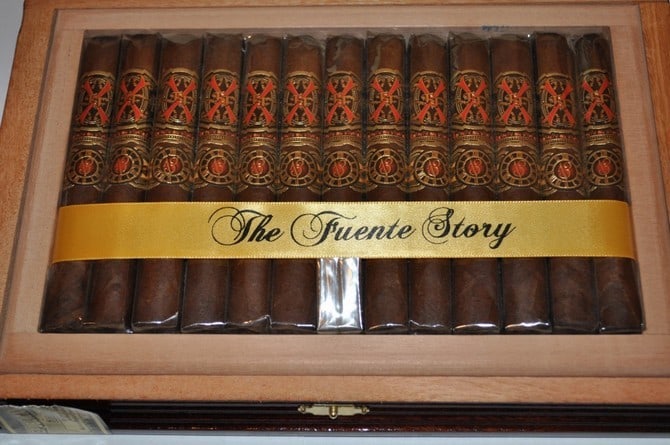 The $79 Opus X “A” cigars are extremely rare right now, that’s why they’re priced at $79 a piece. They are sold as a single stick at only some of the most select cigar shops around the globe. They are the largest of the Opus X line with an impressive size of 9 ¼”x47 and their taste is quite mild with flavors of jalapeno.

The filler, binder and wrapper were produced in the Dominican Republic, a rare fact as well and just like the other Opus X cigars they come with the Rosado wrapper grown on the Chateau de la Fuente plantation. 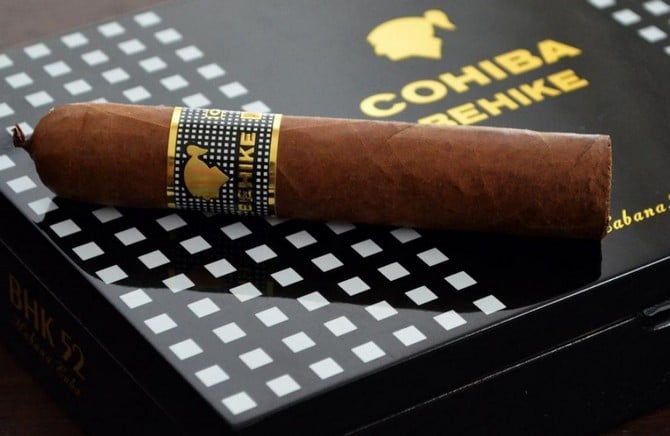 Cohiba is the most famous cigar brand in Cuba and the Behike cigar was introduced back in 2006 as a very limited edition with only around 100 boxes being sold. The tobacco was grown and blended at El Laguito Cohiba Factory and the hand rolled cigars have a 52 inch ring size with a length of 7.5 inches.

First released to celebrate the 40th anniversary of the fine cigar makers, the Behike cigar boxes have been sold for $18,800. They included several varieties coming from the Pinar del Rio and Vuelto regions of Cuba and a chic humidor that was made in France by Elie Blue. 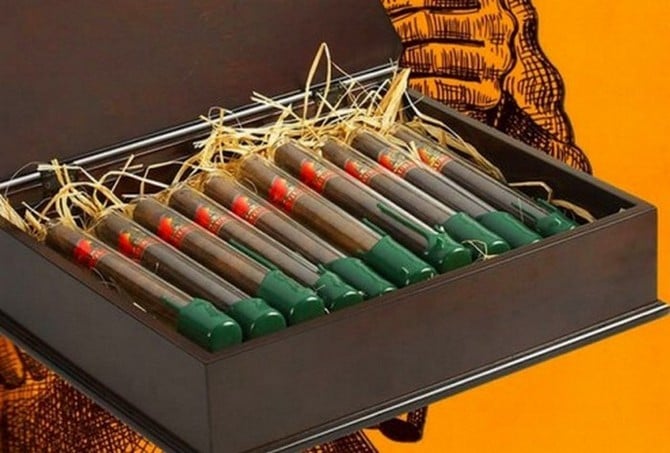 There are only 100 boxes of these beauties produced every year and pre-orders are already filled for several years, so you’ll probably have to wait a long time for one of these. They sell at $750 per stick or $14,999 a box and have a size of 7.5×52 inch.

The wrapper was aged for 15 years in Connecticut Maduro, the binder was aged in the Dominican Republic for 12 years as well as the filler which was also infused with Louis XIII cognac. They were originally sold only to dignitaries throughout the world and their strength is somewhat on the mild side according to reviews although a box was infused with an entire bottle of cognac. 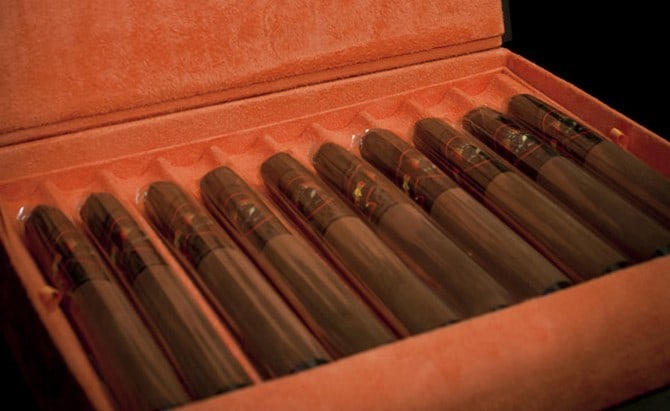 These cigars are rarely available and a box will cost you $23,000, being a very limited edition that comes in a hand carved camel bone chest. The cigars are made of Connecticut Broadleaf Maduro wrapper with Cameroon binder and Dominican filler that were aged for five years.

They are individually packaged in frosted tubes and placed in leather boxes with layers of orange velvet. The ring size measures 52 inch and they have a length of 8.5 inches with a very complex flavor that ranges from sour to sweet throughout the length. 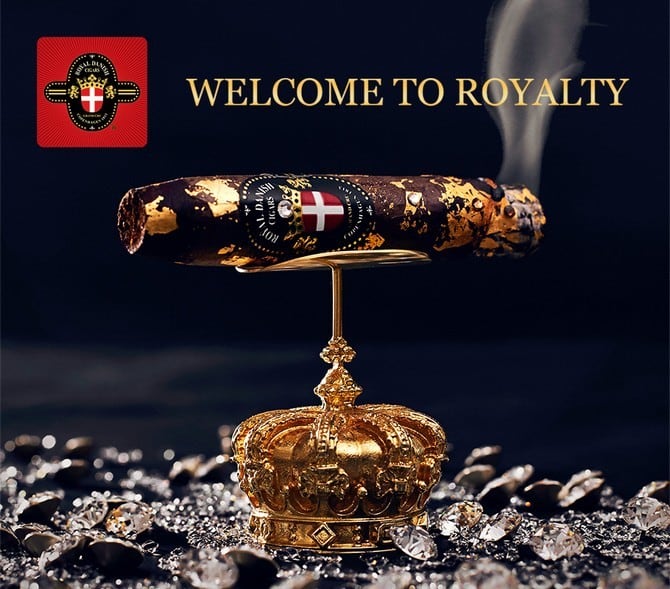 The secret blend received this name since only a king would probably afford to pay $4,500 for a single cigar. The most impressive thing about these wonderful cigars is that they can be customized to your liking with gold foils that have your name imprinted on them, as well as with precious metals and even diamonds.

They come with a humidor that was also designed in the Scandinavian Peninsula personalized with a sterling silver crown plated in 24 karat gold. The humidor will cost you extra of course, $8,500 for it alone. 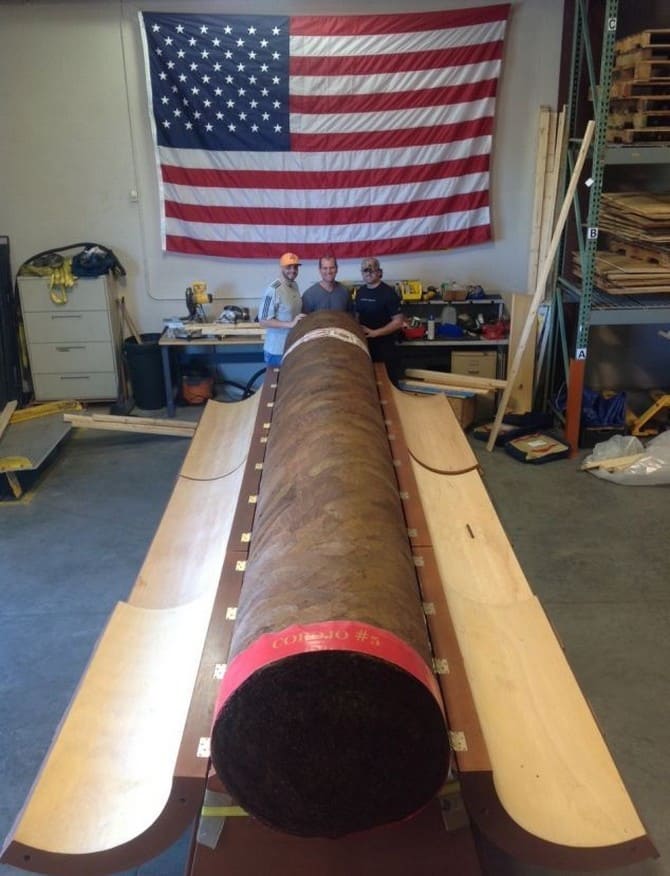 With such a name, El Gigante is the largest cigar in the world with a 1,920 ring gauge which took 1,600 pounds of tobacco to make it. The cigar was created as a display piece for trade shows and they didn’t think that someone would actually want to buy it.

The idea was that 40 persons could smoke from it at the same time and the recommended price for the giant cigar was of $200,000 but it was eventually sold to a collector for $185,000. It came with its own wooden carrying case and the weight of the cigar was of 1,600 pounds, the equivalent of around 25,000 regular cigars. 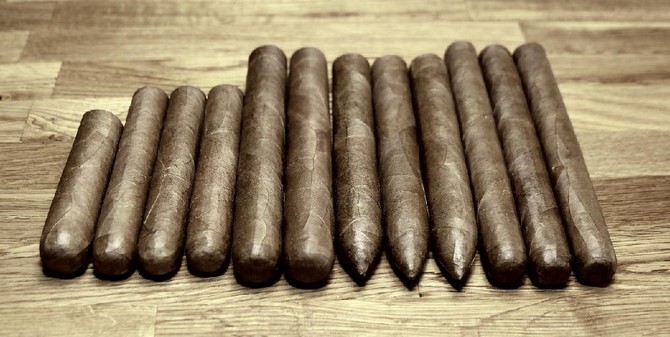 The most expensive cigar ever sold at an auction is “Mayan Sicars” for the sum of $507,000. Why is it so expensive you ask? The “sicars” were discovered in Guatemala in 2012 and it was no less than 600 years old.

The archaeologists of Tampa University found a clay pot labeled “sicars” which means “to smoke rolled tobacco leaves” and it is considered that this is the word from which the term cigar is derived. They are extremely well preserved and can actually be smoked! We don’t know who’s willing to smoke this piece of cigar history though.