Top 8 Most Expensive Camera Lenses in the World

With the rapid development of smartphones, everyone has access to a more than decent camera right now, that could capture crisp and clear images, even at night, and high quality 4K video. But professional photographers will always go for the next best thing: a standout digital camera which provides more flexibility and the right equipment for any occasion.

From taking an incredible photo in almost complete darkness, to having immaculate zoom-in capabilities and the ability to shoot proper action shots in a fraction of a second, professional-grade cameras are still miles away than what you’d get from a smartphone. But their biggest downside is the price-tag associated they’re associated with, especially when it comes to lenses.

In this article we invite you to find out which are the most expensive camera lenses ever produced. 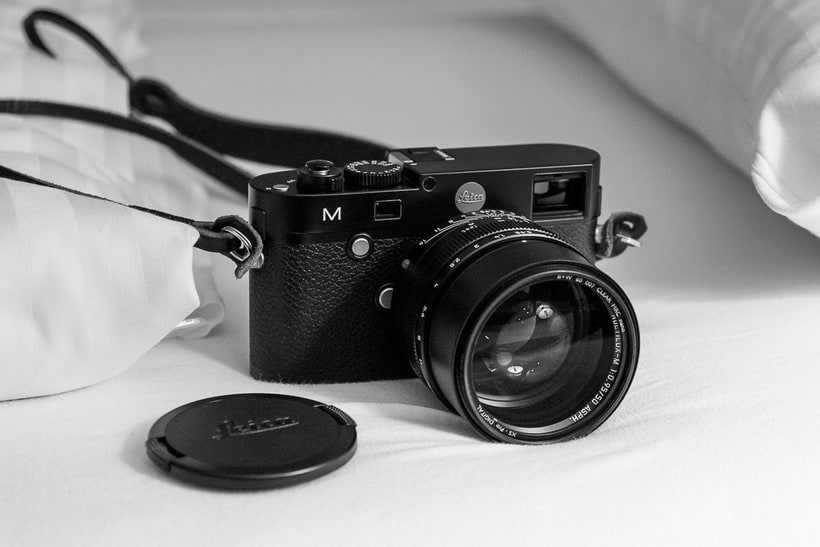 This incredible lens was invented by the brilliant engineers from Leica back in 1975, specially for the brand’s Noctilux-M camera, but then it was further enhanced with new features and adapters so it could be used with all types of professional cameras.

Priced at around $10,500, the Leica 50mm f/.95 comes with eight different elements in five groups, along with five partial dispersion lenses that can limit the color defects. The lens also features two aspherical surfaces, which improve the close-up performance, and 6-bit coding to allow the metadata to be sent to digital M cameras. 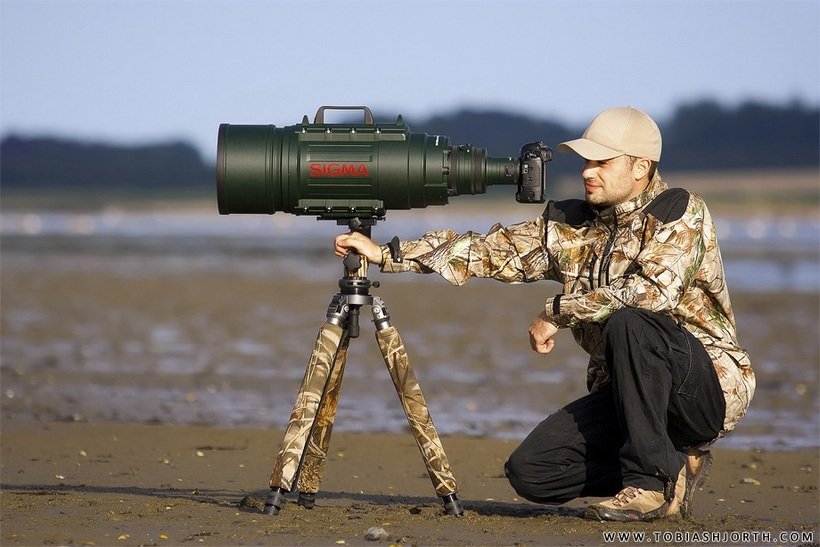 Sigma’s impressive telephoto zoom lens stands out with its large aperture and stunning focal length, a combination which allows the capture of very distance objects at high shutter speeds and even in dim light. Sports photographers and those interested in the wildlife would be very interested in one of these, especially since they can be paired with Canon, Nikon and Sigma mounts.

The Sigma 200-500mm f/2.8 lens also comes with an LCD panel which displays the zoom and focal distance, and as you expect, using a tripod is a must, considering its size. Priced at a cool $32,000, this is the most expensive Sigma lens out there, but it’s totally worth it when you see the results. 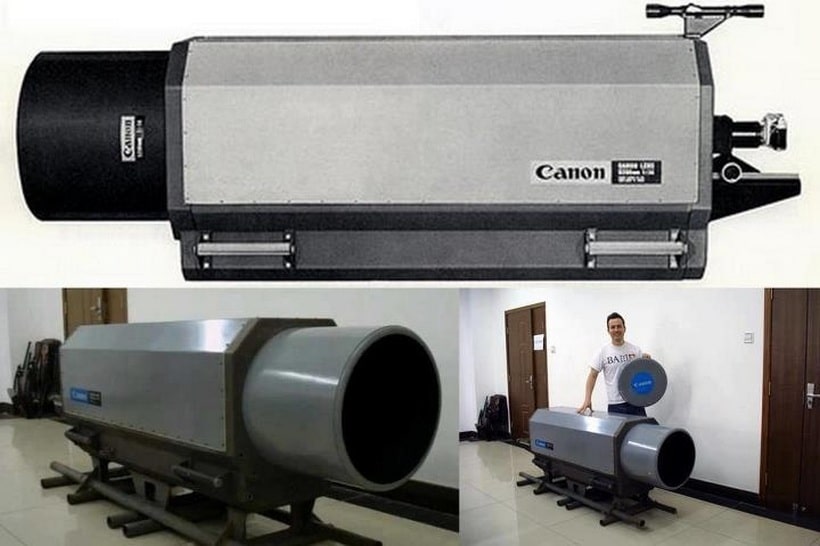 One of the biggest lenses ever produced, Canon’s 5200mm f/14 was specially designed for astro photography and it’s anything but practical. It was developed to take photos of objects at a distance of up to 32 miles away, and it weights around 100kg (220lbs), with a minimum focusing distance of 120 meters.

The lens has built-in ND filters to control the quantity of light to f/14, f/16, f/22 and f/32 and if you take a closer look at the tiny little object at the end of the lens, that’s the actual camera. One of these lenses was posted for sale on e-bay a few years ago for $45,000, but no one actually jumped on the opportunity, so it’s a bit difficult to say exactly how much one of these is worth right now. 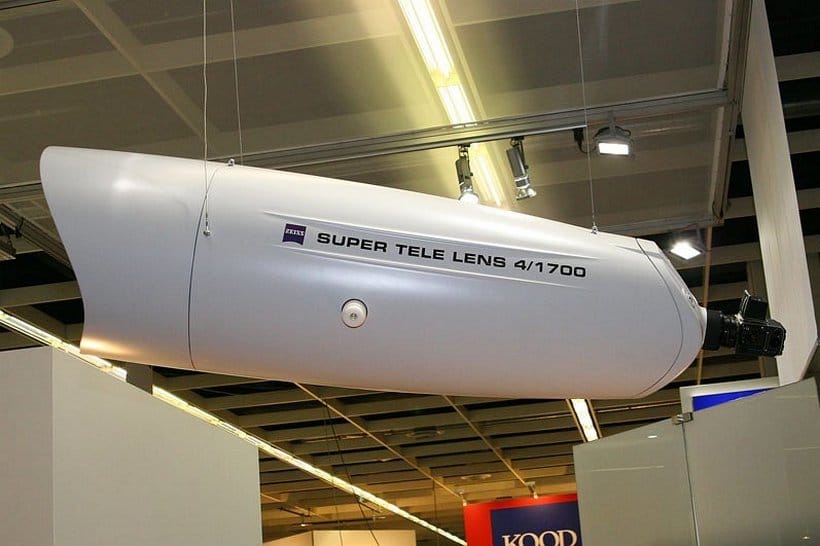 The optics experts from Carl Zeiss have attempted to make the world’s best lens back in 2006, a jaw dropping super telephoto unit meant to be used with the Hasselblad 6×6 medium format camera. This incredible lens weighs no less than 256kg so the focusing had to be handled in unconventional ways.

The Zeiss Apo Sonnar T 1700mm f/4 is the largest telephoto lens outside of the ones used by the military, and it’s supposedly the perfect lens for wildlife photography. The lens comes with 15 different optical elements in 13 groups and its price was somewhere over $100,000. 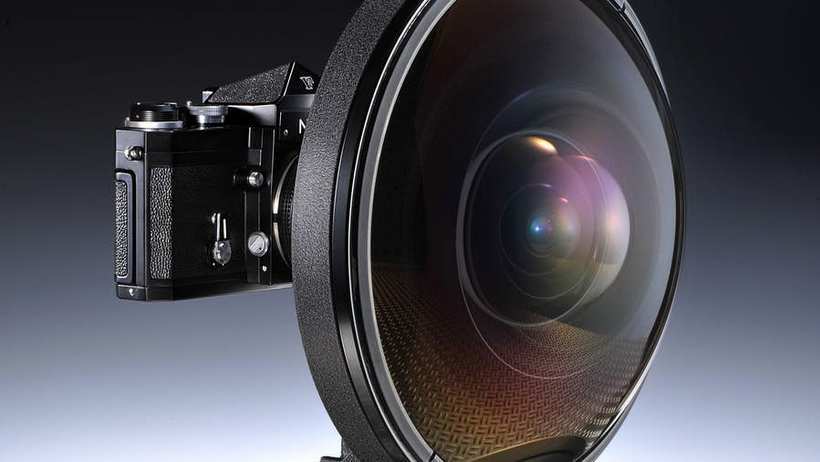 In the world of extreme wide-angle lenses, Nikon’s Nikkor 6mm fisheye lens is the most extreme of them all. Priced at a cool $160,000, this stunning lens has an incredible coverage of 220 degrees, tipping the scales at 5.2kg and featuring a 236mm diameter – that’s why you might need to think about a tripod if you ever manage to get one of these lenses.

Nikon’s 6mm lens has been made in the 1970s for specific scientific and industrial uses, including surveillance work, taking photos of the interiors of pipes and other constricted areas. The lens is made with 12 different elements, in 9 groups, and it comes with a cool focal length/aperture of 2.8 at just 6mm. 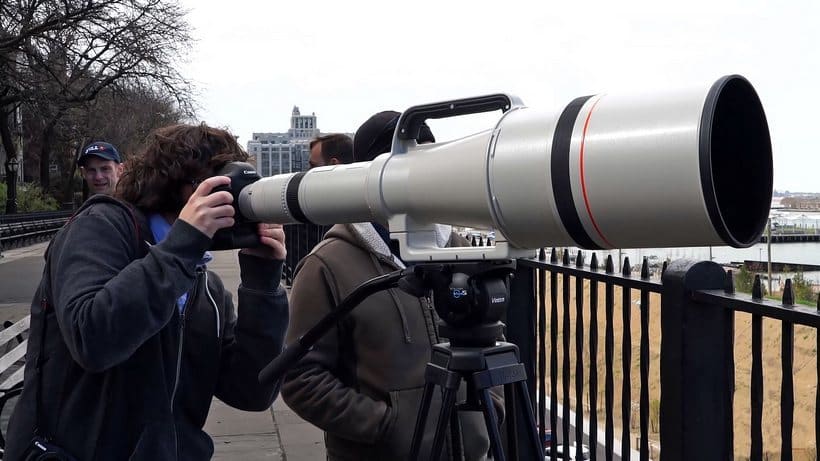 Specially designed by Canon to be the world’s largest interchangeable SLR AF lens, in terms of both focal length and maximum aperture, this super telephoto prime lens is perfect for sports and wildlife photography. The Canon EF 1200mm f/5.6 lens was introduced back in 1993 and it was offered for public sale three times in the 21st century. 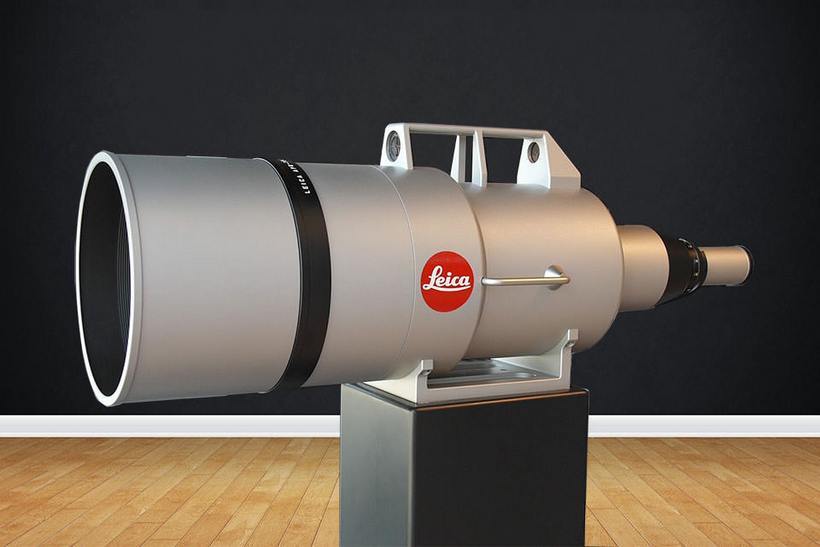 This massive telephoto lens before you was specially created for Sheikh Saud Bin Mohammed Al-Thani of Qatar, who paid exactly two million dollars for it a couple of years ago. Since this lens is a one-off model, we don’t know too many things about it, because no one actually had the chance to review it, but you could see a prototype at Leica’s headquarters.

We know the Leica 1600mm f/5.6 was designed to fit the brand’s Leica-R mount and it has a length of 1.2 meters (1.55 with a lens hood), with a maximum diameter of 42cm. The massive lens weighs 60kg so the Sheikh had commissioned a custom Mercedes just to drive this lens around and act as its support. 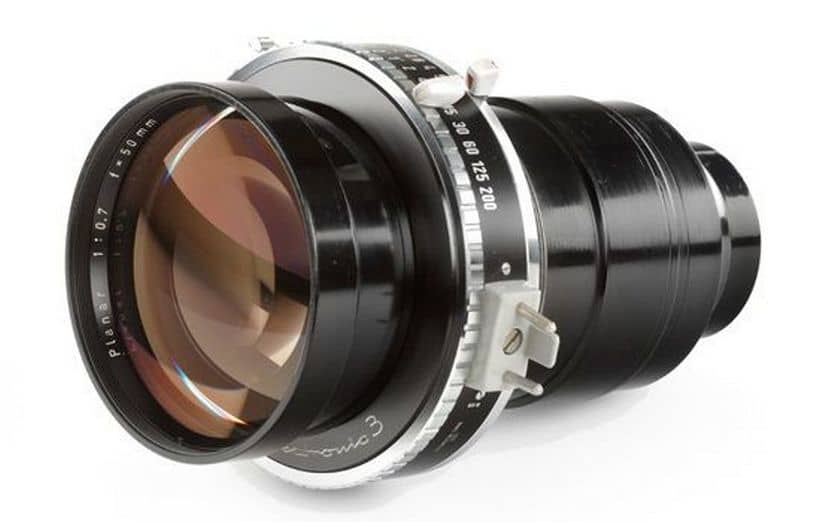 This extraordinary lens has one of the largest apertures in the history of photography, since it was specially designed for the NASA Apollo lunar program to allow the capture of the far side of the moon. The Carl Zeiss 50mm Planar F/0.7 dates back from the 1960s and there were only ten of them ever made.

One was kept by Carl Zeiss, six others were sold to NASA and the renowned film director Stanley Kubrick bought the remaining three to use them when he was shooting his film Barry Lyndon. The quality of the incredible lenses allowed scenes to be filmed with the only light coming from candles and according to the designer they can even shoot views in complete darkness.

Their value is estimated to be over $23 million, adjusted to inflation, which makes them the most expensive camera lenses ever.

Tags:
Previous Article
Take A Load Off at the Superb Costa Careyes
Next Article
Tiffany & Co and Lady Gaga Take us on a Wild Ride