The astrophysicist Lawrence Krauss once quipped that it costs as much to send a probe to Mars as it does to make a movie about sending a probe to Mars. But while the dissatisfaction with the destination for public and private spending is understandable, space science and exploration is pretty expensive, as we are about to see. And it doesn’t do very well at the box office, either.

Launched in January 2006, New Horizons is currently approaching the dwarf planet Pluto. It is expected to reach its initial destination in July 2015, in what is set to be one of the year’s most important events in the field of astronomy. From there, New Horizons will continue its journey into the Kuiper belt and the mysterious outer reaches of our Solar System. Eventually, it will follow the Voyager 1 and Voyager 2 probes into interstellar space. 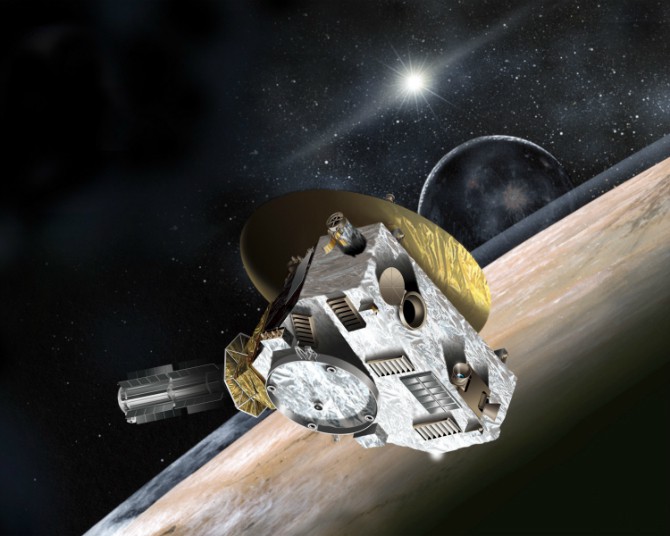 One of the multiple spacecraft watching over the Red Planet, MAVEN (Mars Atmosphere and Volatile EvolutioN Mission) has been in orbit since September 2014, arriving there after a 10 month journey which covered 442 million miles.

MAVEN was designed to do atmospheric research, which is part of the reason it didn’t grab more headlines (who cares about the weather in other places?), but also because there was already a certain rover on the planet’s surface, which is a lot more interesting. All jokes aside, if we’re ever going to land on Mars, the data gathered by space probes like MAVEN will be invaluable to ensuring the mission’s success. 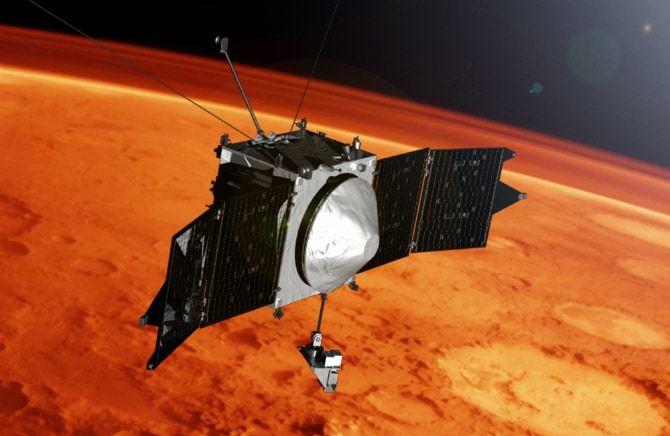 While not as spectacular as those probes which visit other worlds, the European Space Agency’s Gaia space observatory is amazing in terms of its objective. During its 5 year mission (which began in December 2013), Gaia will conduct the most detailed census of the Milky Way ever undertaken, constructing a catalog of about a billion objects, mainly stars, but also exoplanets, distant quasars, and nearby asteroids and comets.

The data it will collect about all those stars will hopefully bring new insights into the past, present, and future of our galaxy. 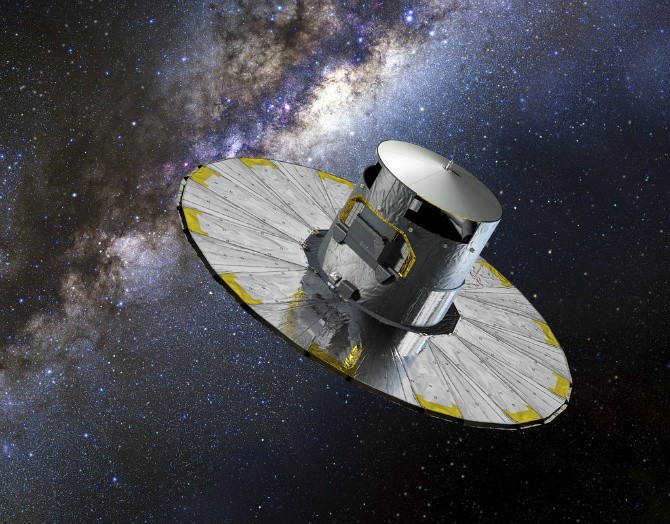 Built by the European Space Agency (ESA), Rosetta is one of the most spectacular space missions in recent years. In August 2014, it became the first space probe to actually orbit a comet. The mission then achieved an even more impressive feat three months later, when a small probe called Philae actually landed on the surface of the comet, and for the first time started gathering and sending data from the belly of the beast.

Though the landing wasn’t exactly smooth and Philae lost power after just a few days, astronomers hope it will go back online this summer and continue its incredible mission. 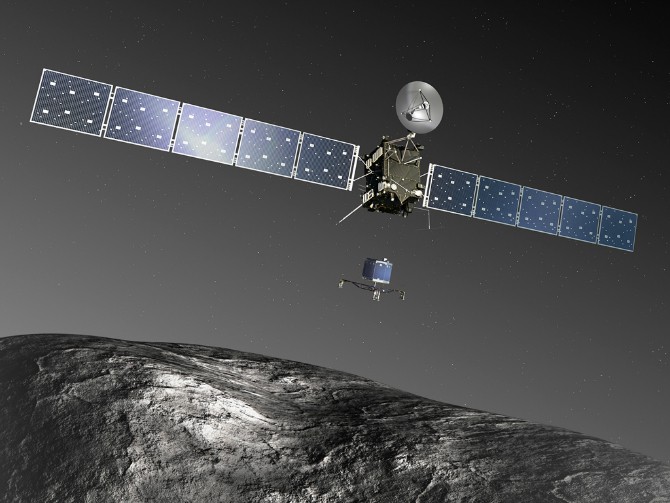 Part of the same New Frontiers program as the New Horizons probe, Juno is the latest spacecraft sent by NASA to the biggest planet in our Solar System, Jupiter.

Juno started its journey in August 2011 and is only set to reach its destination in July 2016. It is the first spacecraft sent to Jupiter that isn’t powered by plutonium (it uses solar panels instead) and carries a payload of nine instruments which will undertake a very detailed survey of the planet, but also a tiny aluminum plaque depicting Galileo Galilei and a text in his hand-writing about Jupiter’s moons, as well as LEGO figurines representing Galileo, the Roman god Jupiter, and his wife, Juno. 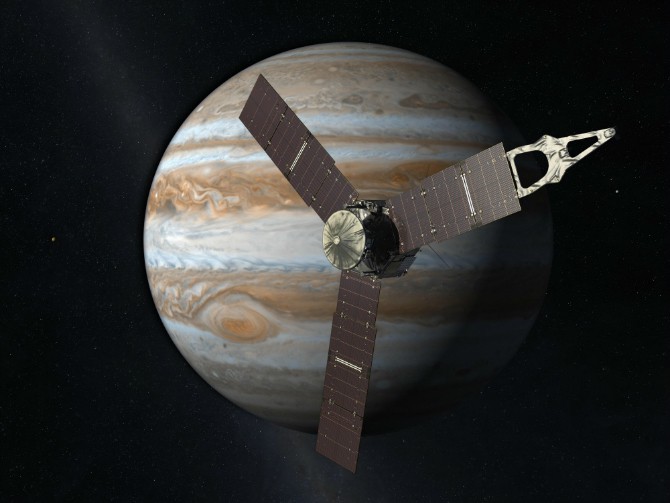 Developed by the ESA, the Herschel Space Observatory was the largest infrared telescope ever launched. Named after the astronomer Sir William Herschel, who discovered the infrared spectrum, as well as the planet Uranus, the observatory had the largest mirror ever sent into space (3.5 meters, or 11.5 feet in diameter), as well as three detectors which had to be kept at temperatures less than 2 degrees above absolute zero with liquid helium. The very low temperature (colder than space itself!) is necessary for the detection of infrared rays, so when the coolant was depleted in late April 2013, Herschel’s mission was effectively ended. 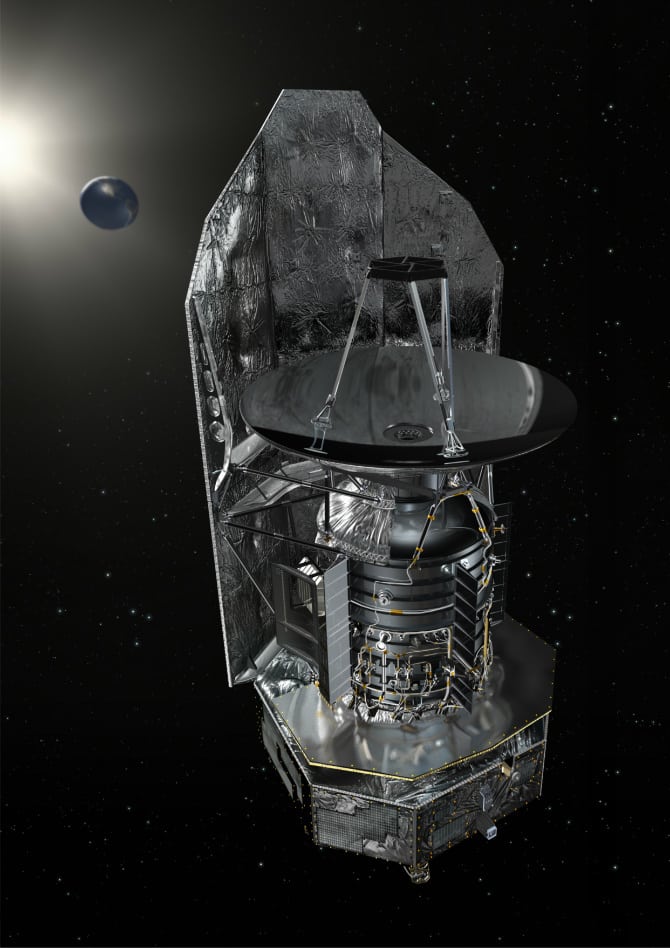 Named after the illustrious Italian scientist, Galileo began its journey towards the Solar System’s biggest planet in 1989, and became the first spacecraft to orbit Jupiter in December 1995. While the gas giant itself is certainly interesting enough (Galileo even witnessed the massive impact of comet Shoemaker-Levy 9), important information was also obtained about its moons, one of which – Europa, with its oceans of water underneath an icy crust– is one of the candidates to host life in our planetary neighborhood.

After almost 8 years in orbit, Galileo was destroyed by sending it into Jupiter’s atmosphere, so as to not contaminate any of those moons with any microorganisms that may have hitched a ride from Earth. 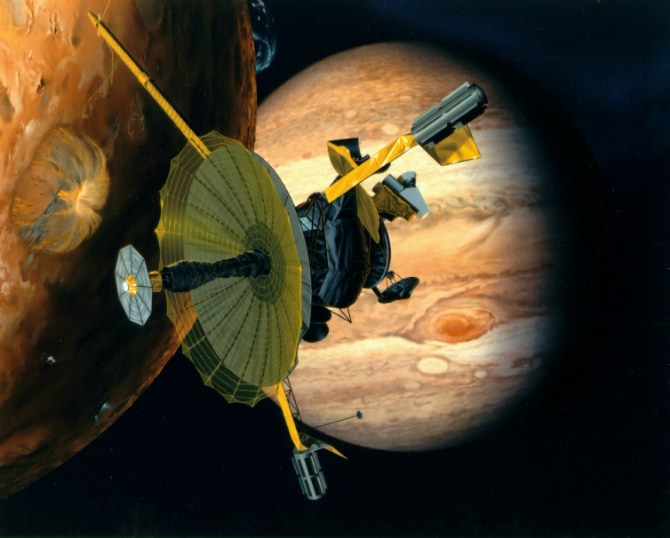 While its name might sound like something a Hollywood screenwriter made up to sound sciency, the Alpha Magnetic Spectrometer (AMS-02) is a real, highly advanced piece of equipment sent into orbit aboard the International Space Station.

The brainchild of Nobel Prize-winning physicist Samuel Ting, the AMS-02 is about as sophisticated as anything you’ll find in a particle accelerator on the ground, and is designed to detect antimatter and look for signs which could help unravel the mystery of dark matter. 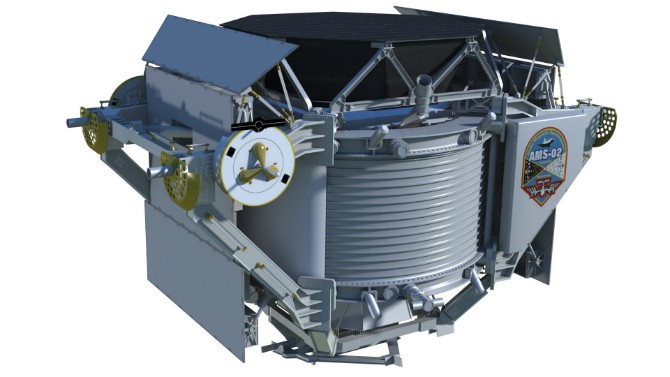 Named after Edwin Hubble, one of the greatest astronomers of the 20th century, the Hubble Space Telescope got off to a bumpy start after being launched into orbit, due to an error which affected the quality of images captured. The error was on the order of microns, or about one fiftieth the width of a human hair, more than enough for such a sensitive piece of equipment, so NASA had to send in astronauts to basically give it “spectacles,” correcting the mistake.

From then on, Hubble began functioning basically without a hitch, and during the past two decades has sent us some of the most beautiful images of the Universe ever taken. 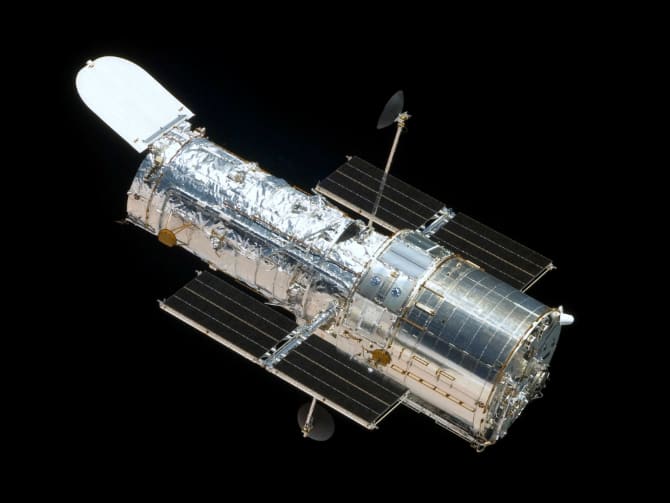 Though far from being the first probe we’ve sent to Mars, Curiosity is definitely the most advanced to ever visit our planetary neighbor.

Designed to study the planet’s climate and geology, Curiosity’s goal was to provide clues to help us answer one of the questions in astronomy: is Mars suitable for life? And if not, was it ever in the past? So far, the answer for the first question seems to be negative, while for the second it’s inconclusive, but the knowledge that there’s a high-tech rover on another planet right now, exploring the landscape and gathering information, is worth the $2.5 billion price tag. 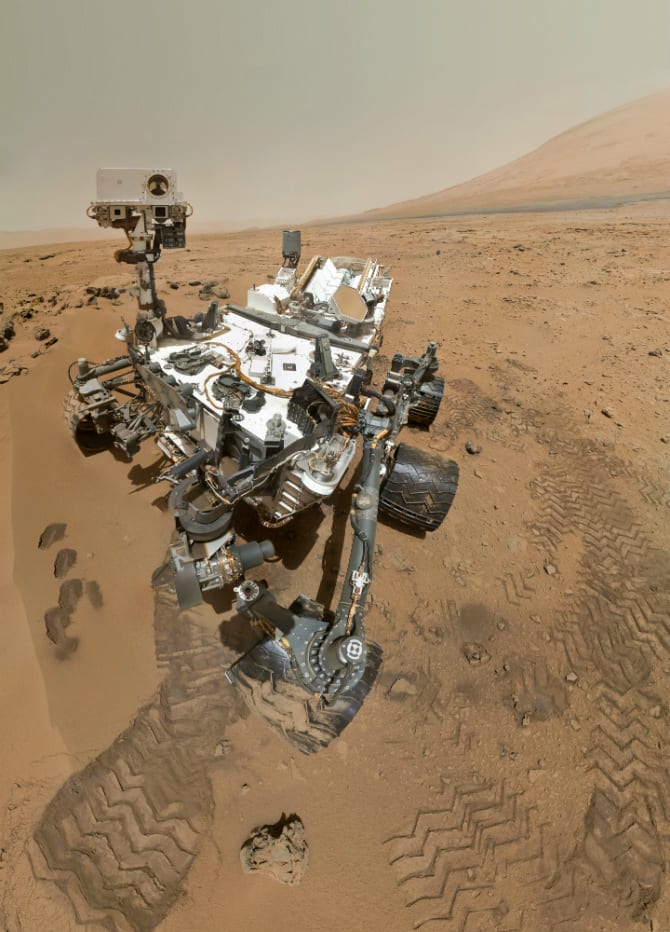 The Cassini-Huygens mission (named after Italian and Dutch astronomers Giovanni Cassini and Christian Huygens) was launched by NASA in 1997 to explore the (arguably) most beautiful of the gas giants, Saturn.

Powered by plutonium, Cassini entered orbit around Saturn after a 7 year journey, and from there it gathered valuable information about the planet’s rings, its atmosphere, and its satellites. On Christmas Day 2004, the ESA’s Huygens probe separated from the main spacecraft and landed on Titan, one of Saturn’s moons – the first landing on an object beyond Mars. 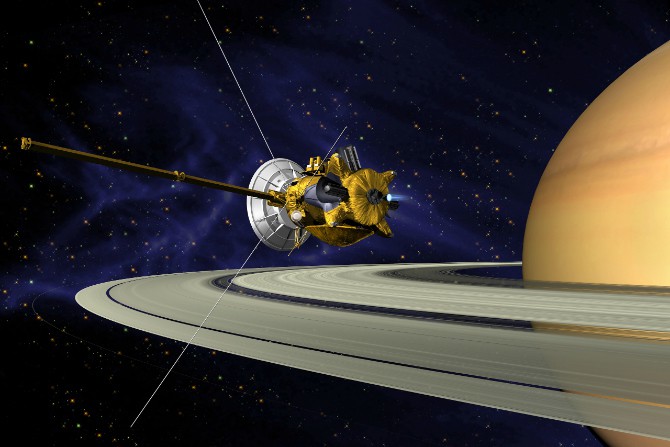 A worthy predecessor of the International Space Station, Mir (which is a Russian for peace) was one of the greatest achievements of the Soviet space program.

Launched in 1986, it was the first modular space station (a design the ISS would also adopt) and held the record for largest artificial object in space, the longest continuous human presence in space, and the longest single human spaceflight. The latter record still stands. 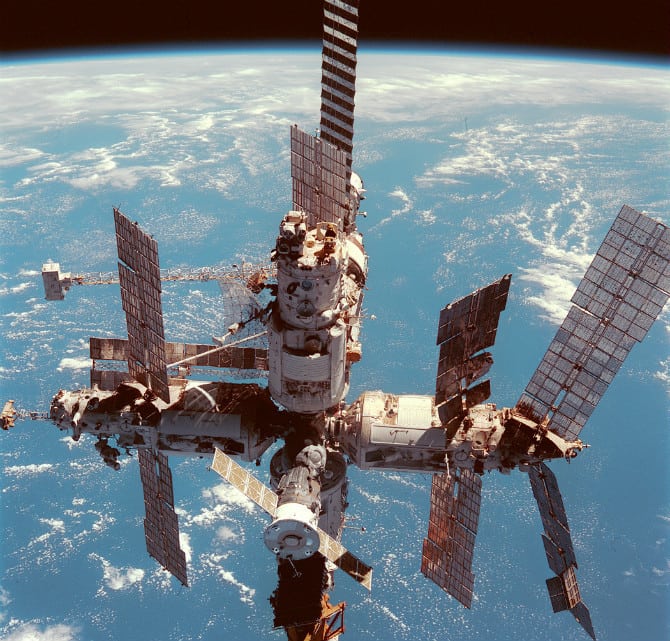 Within a lifetime from the first ever flight, the Apollo Program kicked off in the 1960s, and in July 1969 Apollo 11 astronauts Neil Armstrong and Buzz Aldrin became the first people to step foot on the Moon, just in time to fulfill President Kennedy’s promise of landing a crew on the Earth’s natural satellite and bringing them back safely by the end of the decade.

Perhaps the greatest achievement in history, the Apollo missions brought 24 people to the Moon (12 actually on its surface!), and still remains the most ambitious expedition ever undertaken. 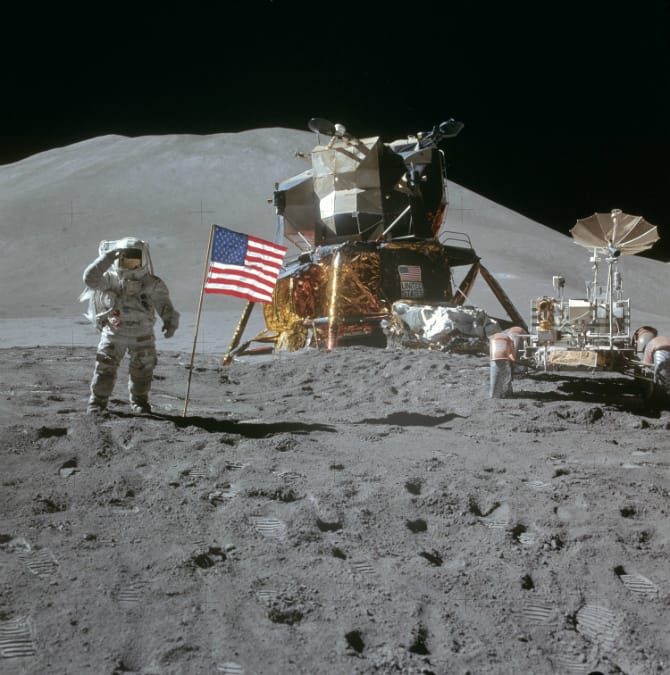 The International Space Station is not only a great feat of engineering, but also a sign of what people from many different nations can do if they work together.

Bigger than a football field, the ISS is the largest artificial object in space (it can even be seen with the naked eye if the conditions are right!), and offers unique conditions for conducting all sorts of scientific experiments, as well as for studying the effects long periods of time spent in space have on humans. 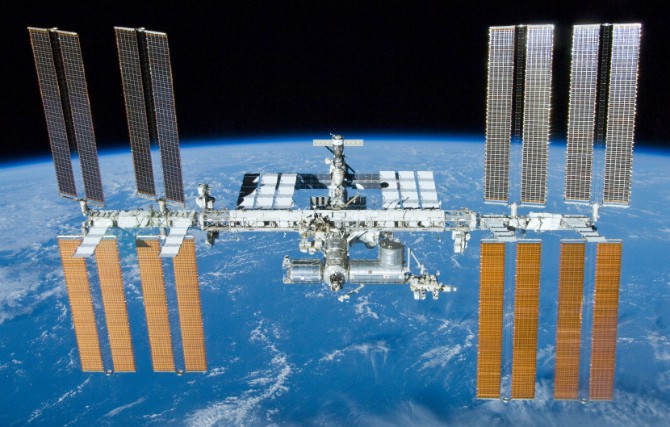 Developed during the 1970s, the Space Shuttle was the first orbital spacecraft designed for reuse (as opposed to rockets, which were discarded after each flight). It consisted of an external tank, two external boosters, and the iconic orbiter vehicle, which is one of the most recognizable machines ever created.

During the program’s three decades of operation, five orbiters were built: Atlantis, Endeavor, Discovery, Challenger, and Columbia. The latter two, unfortunately, were destroyed during missions, the only significant accidents in an otherwise successful series of missions.

The Shuttle program cost between $196 and $209 billion (NASA’s official estimation) and made a total of 135 flights over its lifetime, with an average cost per launch of more than $1.5 billion. NASA replaced the Shuttle program with the SLS (Space Launch System) just two months after the last flight of this vulnerable space program, which was grounded in July 2011. 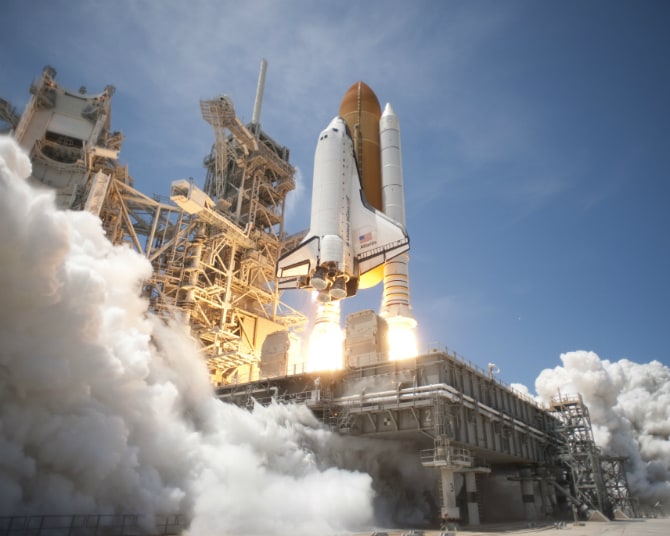