Top 10 Most Expensive Drones in the World 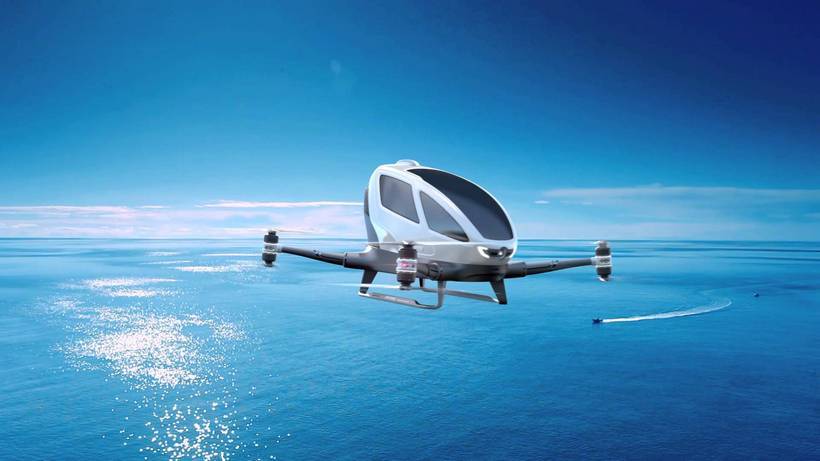 Do you remember the old little paper plane you used to play with when you were just a kid? It was one of childhood’s best toys when it came down to flying. You could design it yourself, there were all kinds of models available you could try out, and everybody could have one, as long as they found some paper.

But right now things have gotten a lot more serious. And a lot more pricier too. Today, nobody cares about paper planes anymore, because drones are here and they’re taking over the world. Literally. Remote controlled, able to film or take magnificent pictures from places or angles no one can reach, drones are today’s most interesting toys. And they’re for grown ups too.

Now take a deep breath and hide your credit card because this is a list of the 10 most expensive drones in the world. 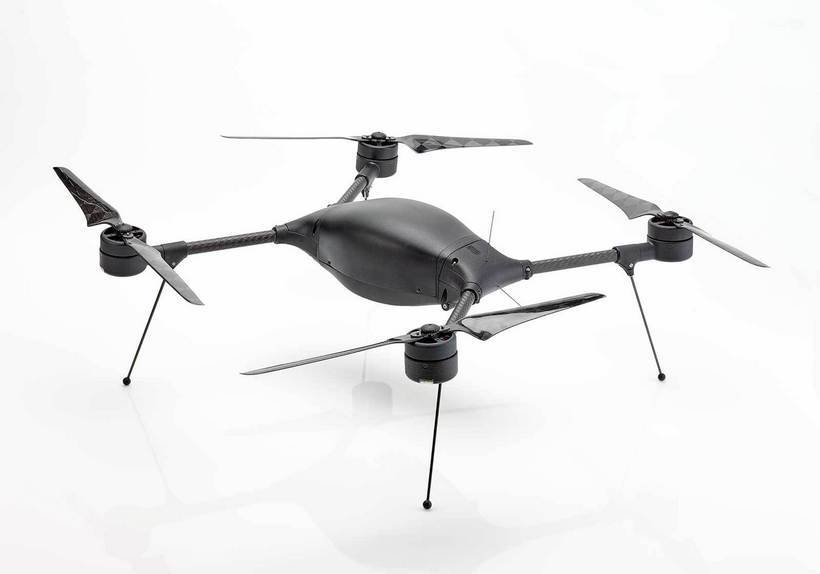 Priced at $25,000, Lockheed Martin’s Indago is the cheapest drone on our list. It weights 4.9 lb, can carry only 0.44 lb which is the average weight of a smartphone, but it has a maximum flight time of 45 minutes, and it can fly up to 500 feet with a speed of 45 mph, within a range of 1.2 miles. It also features a decent built in camera. It’s intended use is for civil or military applications.

As its name suggests, this drone was built with only one thing in mind: surveying. It weights 6 lb, can fly up to 20 minutes and it’s quite slow at its 19 mph maximum horizontal speed. The operating range is 1.8 miles and it comes with an impressive price-tag of $25,420. 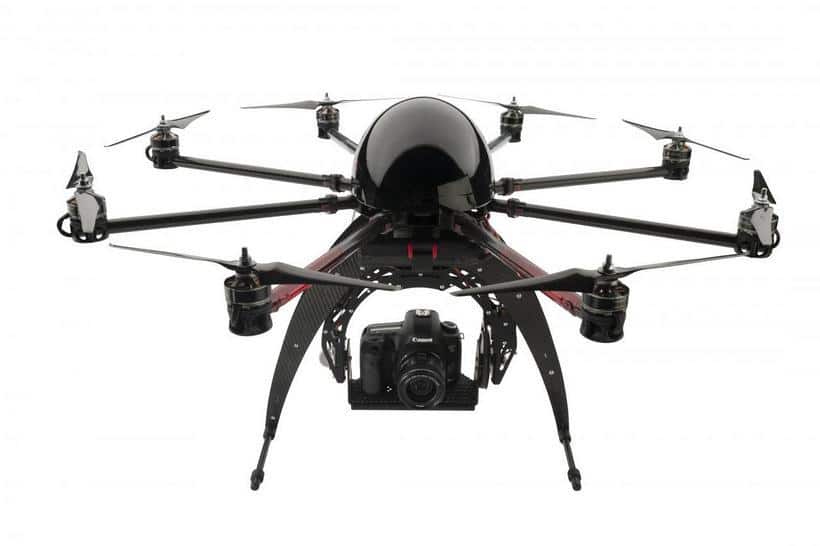 One of the largest MULTIROTOR drones, the G4 Eagle V2 can carry an extra payload equal to its weight of 5.5 lb. It has a maximum flight time of 30 minutes, a maximum horizontal speed of 37 mph and can operate within a 1.2 miles range. It supports the attachment of various cameras, depending on the purpose it’s used for, and it comes with a price tag of $28,260. 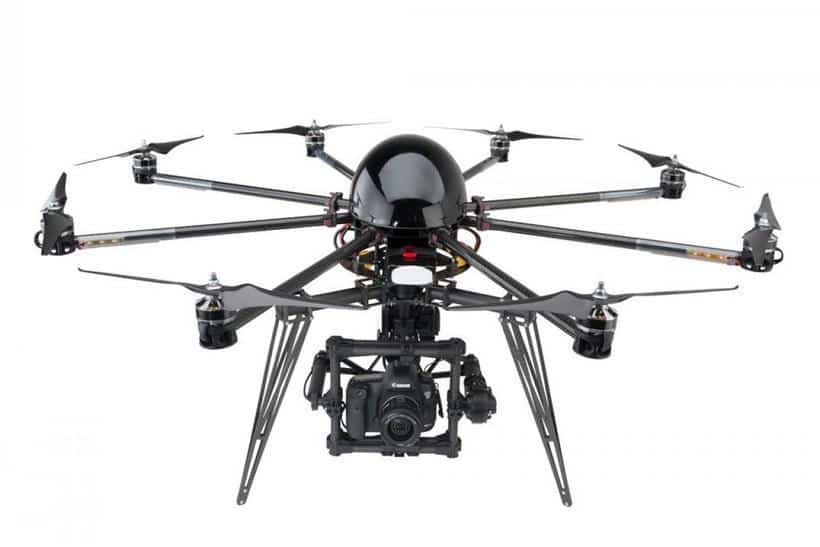 Priced at a cool $33,940, this drone is on the heavy side, with a weight of 9.9 lb, and it’s able to carry a payload of just 4.4 lb. The maximum flight time is only 10 minutes and its max speed is 36 mph and it doesn’t come with a built in camera, but one can be attached. Its operating range is 0.6 miles. You might say the specifications are matching the average drone, but that high price is surely not average. 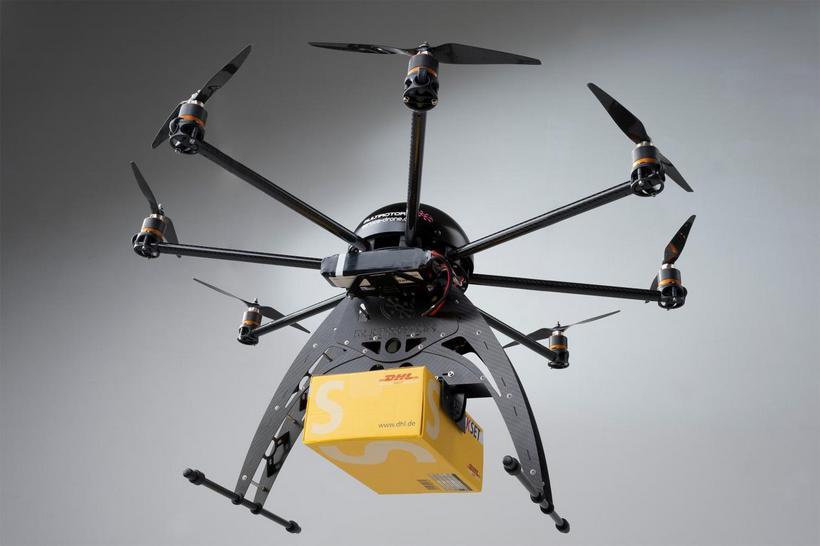 The MULTIROTOR G4 Eagle V2 Cargo is mainly the same with the one at number 8, but its primary role is that of a sky-crane. It has a flight time of 30 minutes, a weight of 5.5 lb, a maximum horizontal speed of 37 mph and a 1.2 miles operating range. It doesn’t come with a camera, but one can be attached on its cargo gimbal. It sells at a price of $35,360. 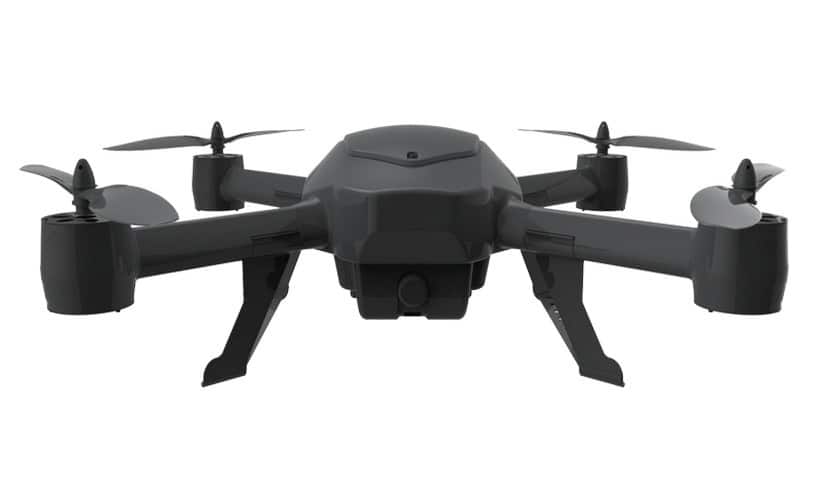 At $37,000, the AEE F50 is another heavy drone with its 4.4 lb. It has an autonomy of 40 minutes and a maximum flight altitude of 2,952 feet, but with its speed of 11 mph it won’t go too far away. The drone has some advantages to justify its price, which are the ability to operate within a 12.4 miles range, and the built in camera which is one of the best available on the market. It can primarily be used by the police or other similar institutions for emergency or survey purposes. 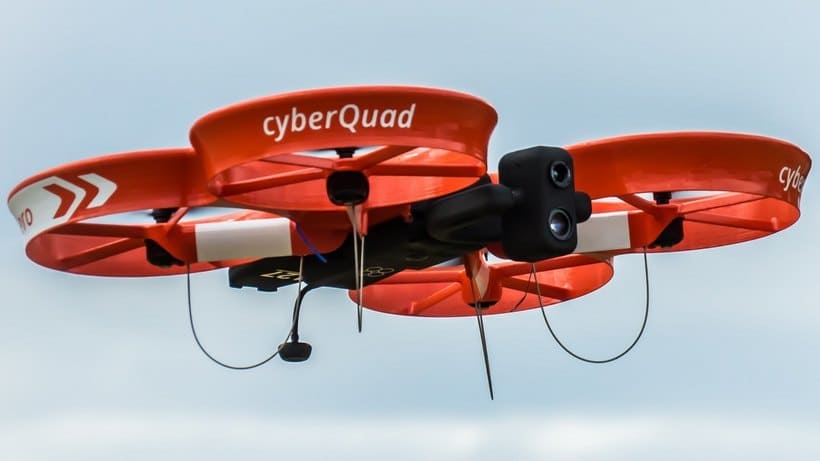 Used for agriculture, film and photography, mapping and public safety, the Sci.Aero cyberQuad is on the heavy end of the market, with a weight of 3.7 lb. It operates at a maximum horizontal speed of 37 mph, within a range of 1,640 feet, for up to 25 minutes flight time, and it can be controlled by a remote control combined with a mobile device. Its price-tag is also $37,000. 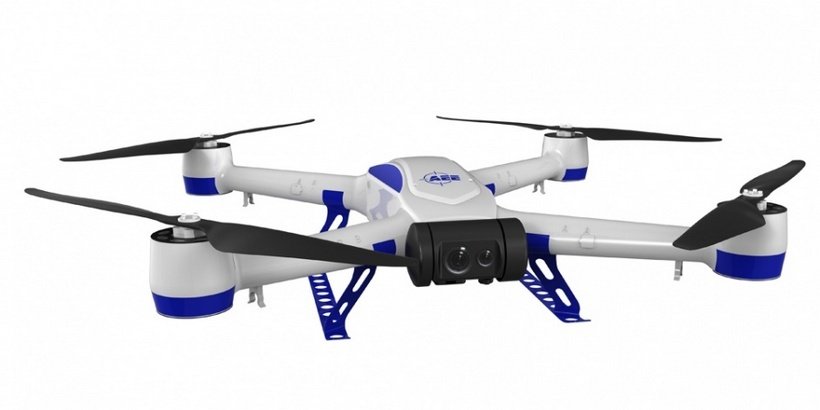 A more pricey drone at $58,000, the AEE F100 is a remote controlled heavy drone suitable for filming and photography or emergency survey operations. It has a weight of 13.2 pounds and can fly as fast as 62 mph for up to 70 minutes at the maximum altitude of 4,921 feet. The impressive drone can be also operated in more extreme conditions, which makes it suitable for emergency situations. It also has one of the highest resolution cameras built in. 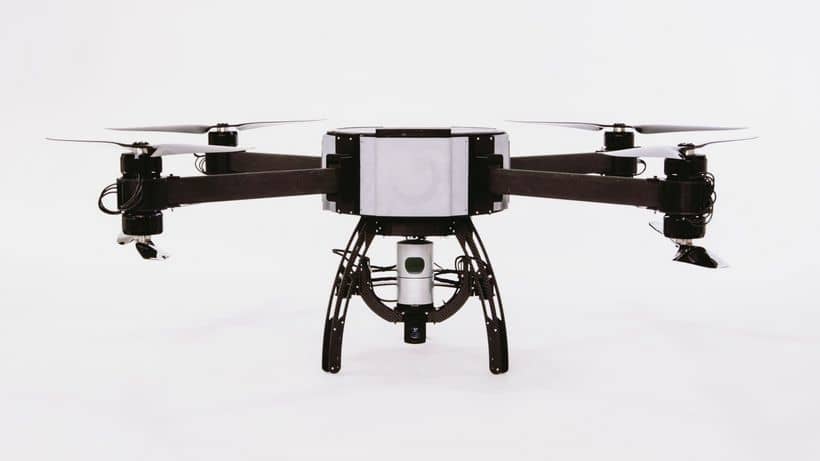 Classified as an octocopter, the XactSense Titan has an operating range of 9.9 miles, a flight time of 30 minutes and can fly up to 180 feet. The payload it can lift is 50 lb, which makes it fit enough to carry big loads, and even the heaviest DSLR, since it doesn’t have a camera of its own. It’s controlled through a combination of a separate remote controller and a mobile app. This one will leave you with empty pockets, since its price is $120,000. 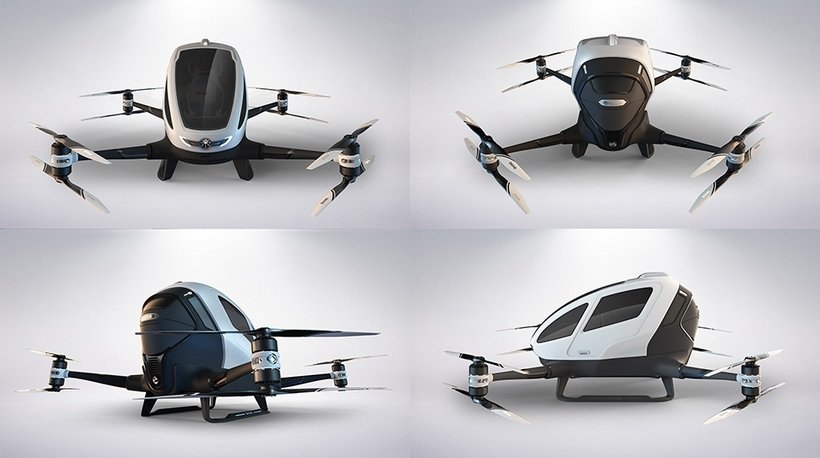 With a flight time of 23 minutes and top speed of 63 mph, this is definitely the best drone you could have right now. It is controlled through a mobile app and can fly up to 11,482 feet above sea level, but the most impressive thing is that the EHang 184 weights 440 lb and can carry up to an extra 220 lb of payload.

You think that the specs are crazy for a drone, right? Well, this one is special. The EHang 184 is a manned drone and you’ll get to be inside the cockpit. Sounds downright scary, doesn’t it? To fly something that’s controlled by an app on your smartphone? The producers state that they have many redundancies built in, so you should be safe. But it will also leave you with your pockets empty since its price is $300,000.

Tags:
Previous Article
Cliff House Maine is Simply Perfect for an Endless Vacation
Next Article
The D Throne S Electric Might be the Most Luxurious Toy Car