The US is known for its prestigious private universities, which attract the finest minds in the world, both as students and faculty. But enjoying such high standards of education comes at a cost, with tuition and other fees necessary to attend some of the elite institutions sometimes running as high as a small home. But when investing in your education, no price is too high, right?

Established in 1890 with funding from oil magnate John D. Rockefeller, the University of Chicago is constantly ranked in the top 10 best universities in the world. It is renowned for its great commitment to scientific research, having a rich history to live up to, as Chicago University was the site of the initial breakthroughs in nuclear technology, as well as the development of the carbon dating method. 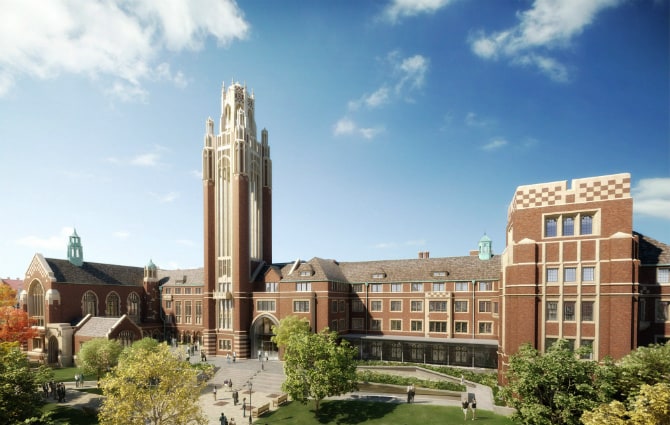 When local entrepreneur Johns Hopkins left $7 million in his will to fund a hospital and university in Baltimore, Maryland, in the 1870s, it was the largest philanthropic gift in US history. That was without a doubt money well spent, with Johns Hopkins University being one of the top research universities in the world today, and Johns Hopkins Hospital widely regarded as the very best hospital in the world.

Notable alumni include billionaire and former mayor of New York Michael Bloomberg, and President of the United States Woodrow Wilson, as well as dozens of Nobel Laureates. If you’re also looking for a research paper writing service, your costs will go up even more. 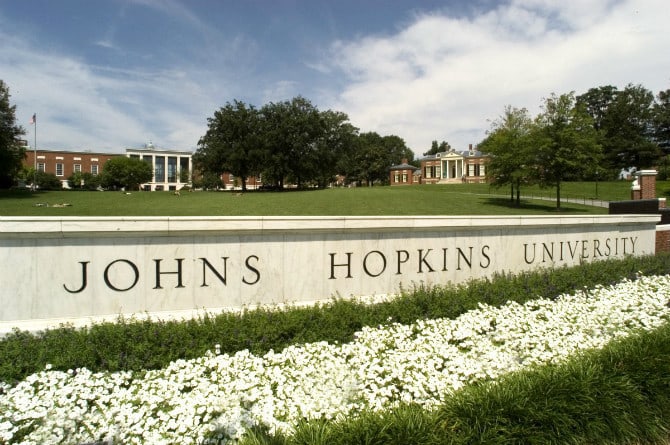 Parsons The New School for Design, located in New York City, is widely regarded as one of the most prestigious art and design universities in the world. The main Parsons campus is set in what was once the artists’ haven of Greenwich Village, with other buildings scattered all over downtown Manhattan. Somewhat unusually, almost one third of the college is made up of international students hailing from all over the world. 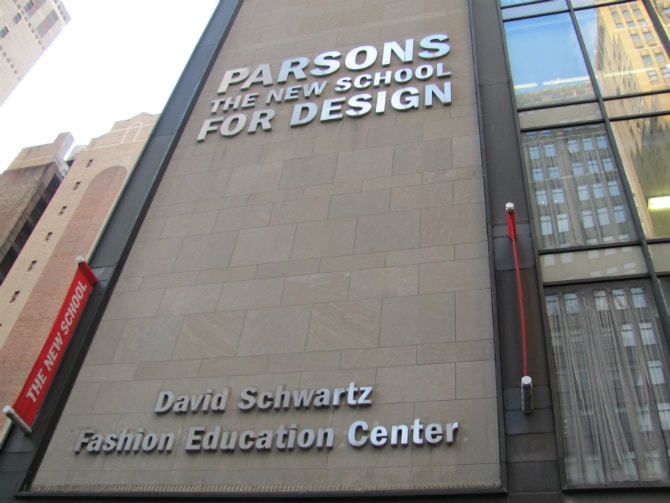 Dartmouth College , founded almost two and a half centuries ago, is one of the prestigious Ivy League colleges. It is the smallest of the eight in terms of student enrollment, but definitely as elite as any of its counterparts. In fact, Dartmouth graduates have the highest average starting salaries, as well as second highest average income ten years after graduation of all American universities.

Some of Dartmouth College’s most famous graduates are legendary US political figure Daniel Webster, prominent poet Robert Frost and former Secretary of the Treasury Timothy Geithner. 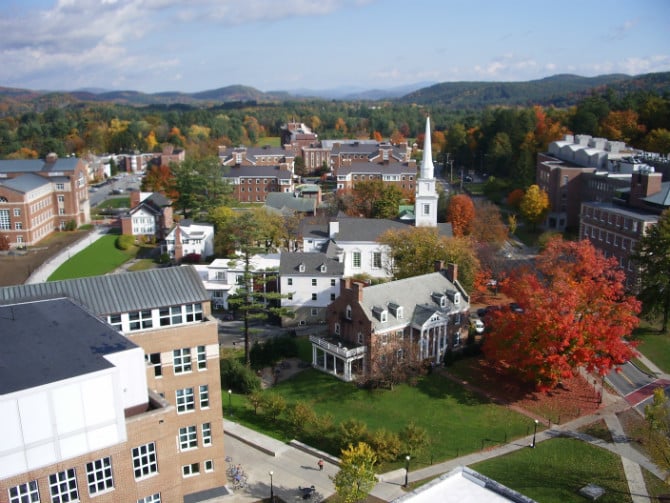 One of the seven “Claremont Colleges”, Claremont McKenna College was founded in 1946 is only about 35 miles from downtown Los Angeles. The college is extremely selective, with admission rates in recent years being just slightly higher than ten percent, some of the lowest in the country. In addition to being highly rated in many top universities rankings, CMC was also named “Happiest College” in the nation in 2010 and 2011. 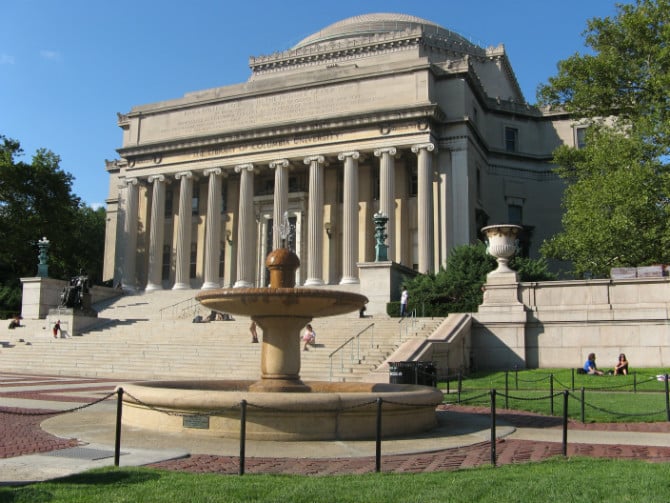 Wesleyan University is a small, extremely selective liberal arts college in Middletown, Connecticut. It is part of the so-called “Little Ivies”, an elite group of New England colleges with standards just as high as their Ivy League counterparts, just maybe with a bit of a lower profile.

Some of its more recognizable alumni are notable screenwriters Joss Whedon and D.B. Weiss, director Phil Abraham and writer and producer Matthew Weiner. 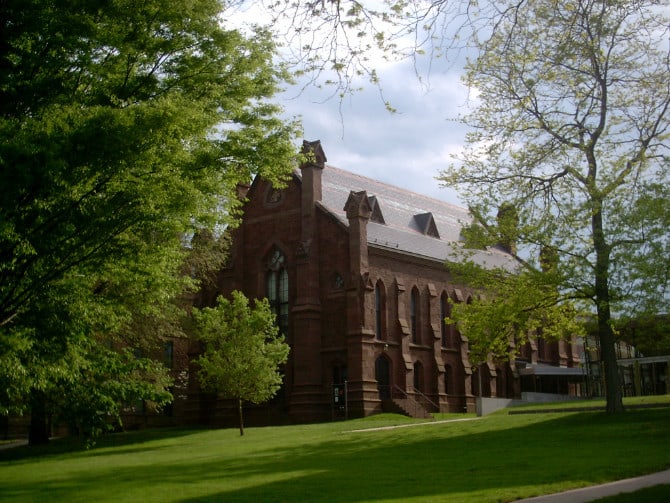 The oldest institution of higher learning in the State of New York, and the fifth oldest in the country, Columbia University has over 250 years of glorious history behind it. A member of the Ivy League, it administers the coveted Pulitzer Prize and can boast over one hundred Nobel Prize recipients as either alumni, faculty, or staff.

Writing about all of Columbia’s prominent alumni would take ages, as the list includes scores of luminaries from five of the Founding Fathers to the current president of the United States, Barack Obama, but also former presidents Theodore Roosevelt and Franklin D. Roosevelt, billionaire Warren Buffet, US Secretary of State Madeleine Albright or director Sidney Lumet.

One of the few entries on this list that is not from the East Coast, Harvey Mudd College makes up for its relative lack of history with extremely high standards and results. Renowned for its strong emphasis on natural science, engineering and mathematics, it also encourages students, in accordance with its mission statement, not to neglect the humanities, so they can “assume leadership in their fields with a clear understanding of the impact of their work on society”. 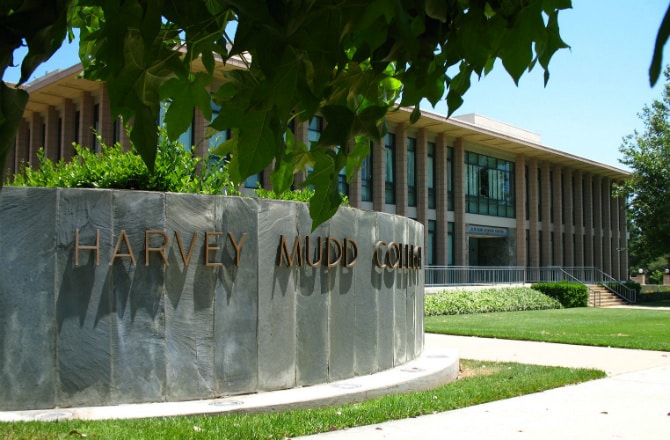 Established in 1831 in order to provide the people of fast-growing city with an elite institution of higher education, it is now one of the largest private universities in the US.

NYU has one the largest housing systems of any American university, and also boasts other prominent facilities like Bobst Library (one of the largest academic libraries in the US), while also being deeply committed to green energy. It’s also quite focused on providing its students with international experience, sending more students abroad than any other American university.

Among others, notable economists Friedrich Hayek and Alan Greenspan, as well as directors Martin Scorsese and Woody Allen and actress Anne Hathaway all graduated from NYU. 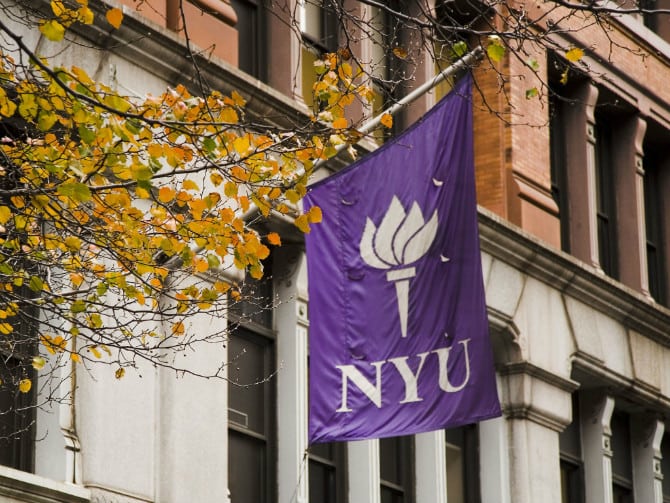 Founded by real estate tycoon William Van Duzer Lawrence, who named it after his wife, Sarah Lawrence College to this day holds on to its high academic standards, placing high value on independent study, while at the same time maintaining a low student-to-faculty ratio and providing a highly individualized course of study. 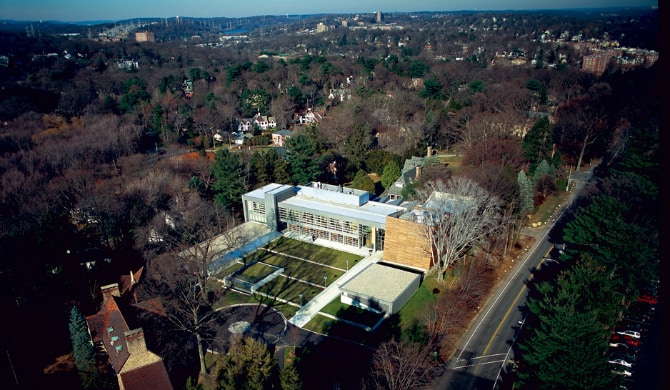