Top 10 Most Expensive Bikes in the World

Being behind the wheel of a powerful sports car is great, but it doesn’t really compare to the thrill you get from riding a motorbike. There’s a great sense of freedom about it, but it’s certainly not for everyone. And rarer still are the people who can actually afford the amazing bikes we are about to present:

NCR is well-known for taking Ducati superbikes and making them even better – and the Leggera 1200 Titanium Special is the perfect example of how the company operates.

Based on a Ducati Hypermotard, the customized version boasts a titanium trellis frame, Zard silencers, fully adjustable Öhlins suspension and a Brembo brake system. The whole thing weighs just 328 pounds (which would be a good time to mention that leggera means lightweight in English). 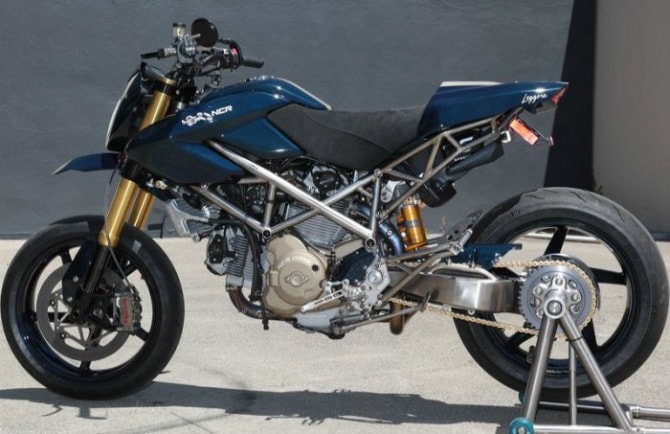 British-born Barry Sheene is an iconic figure in the motorcycle racing world, so it’s only fitting that British-based Icon Motorcycles created a series of bikes honoring the great racer.

The Icon Sheene features a powerful turbocharged 1400cc Suzuki four cylinder engine, which can deliver over 250bhp, as well as a stylish and distinctive design. It’s quite an exclusive series as well, as only 52 of these unique bikes will ever be made. All of this brings the bike’s price up to $160,000. 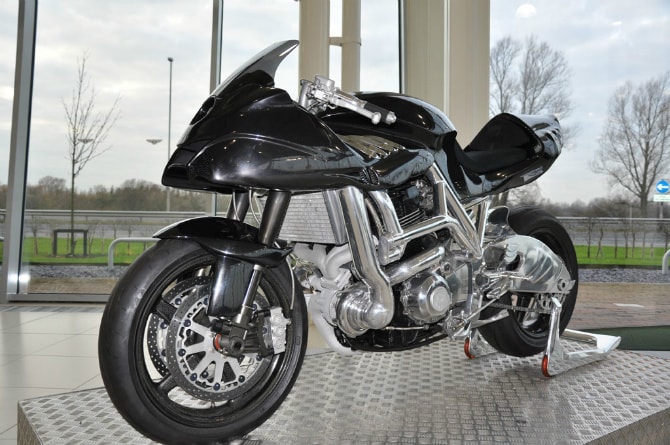 Ranked fourth greatest motorcycle ever by Discovery Channel’s Greatest Ever program, the Y2K (or MTT) Turbine Superbike is an astonishing piece of engineering. The 500-pound machine features an engine that was originally designed for helicopters, that can run on anything from diesel, to kerosene to Jet A, so you can imagine it’s extremely powerful.

The price of the MTT Superbike is proportional to its performance, with would-be owners having to dig deep in their pockets to meet the $185,000 asking price. 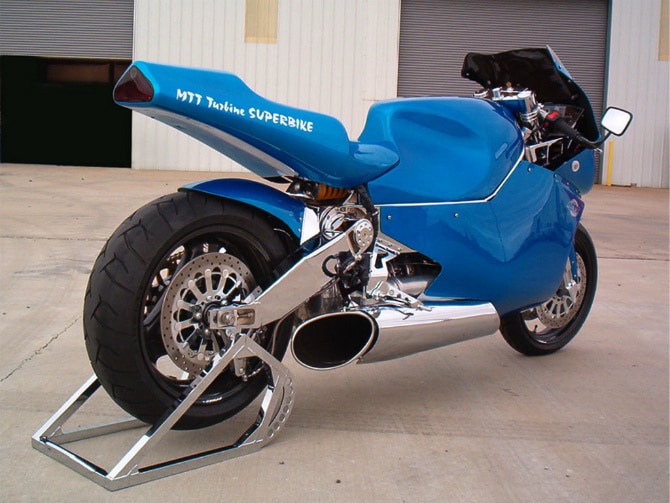 Based on a Ducati Desmosedici RR, one of the fastest, most powerful road-legal motorbikes ever made, the engineers over at NCR created an even more impressive machine – the NCR M16.

While the original bike was already extremely lightweight, it has gone on a serious diet of carbon fiber and titanium, leaving the M16 at an astonishing light 145kg. The NCR M16 will set you back $160,000, on top of the $72,000 Ducati Desmosedici donor bike. 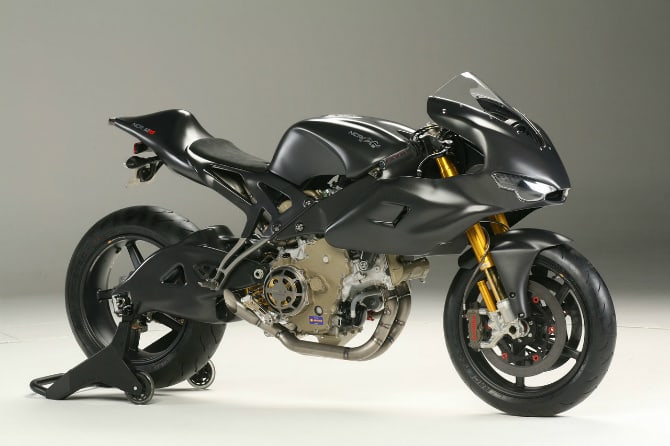 The Titanium Series Fe Ti XX is Ecosse’s top-of-the-line motorbike. Powered by a 2,409cc billet engine that outputs a hefty 225hp at the rear wheel, it is definitely not for the casual rider. Lightweight materials like carbon fiber and titanium have been used extensively to keep the weight as low as possible, while the saddle is the work of Italian luxury leathermaker Berluti.

All this high-end finish does come at a cost however and in the case of the Ecosse Titanium Fe Ti XX that figure is $300,000. 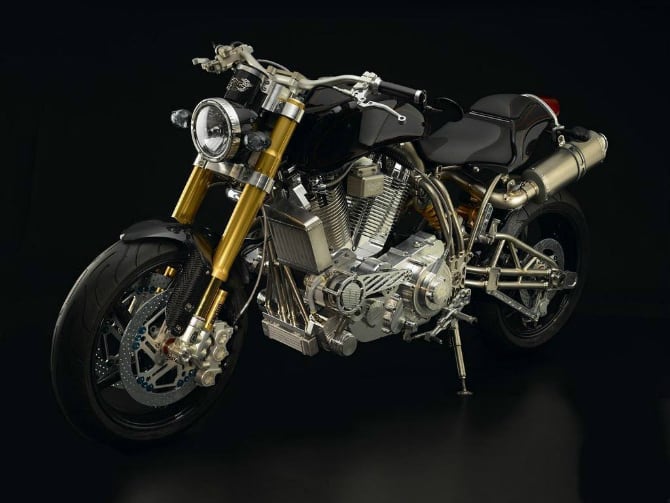 Florida-based motorcycle customization company BMS Choppers has taken a Yamaha Road Star and turned it into something really awesome.

The 2.5-meter cruiser is a pretty impressive sight in-and-of itself, but what about if you provide it with gold plating? That’s what the people over at BMS did and named the new version Nehmesis – after the company’s owner, Sam Nehme, but also because it sounds really menacing, which is a plus for such an aggressive, yet stylish-looking machine. The price for this extravagant chopper is a whopping $500,000. 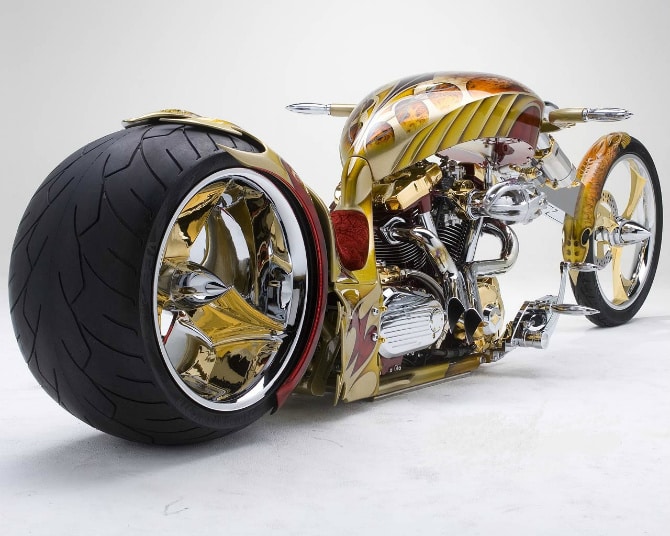 AJS was a British motorcycle manufacturer that achieved great success in the first half of the 20th century. One of its creations, the E95 Porcupine, is extremely rare even for a 60-year-old bike, with only four of these 500cc, aluminium alloy vehicles ever created.

Owning one of these vintage racing bikes is like owning a piece of British racing history, so it’s no wonder that a 1954 Porcupine was sold for a staggering $675,000. 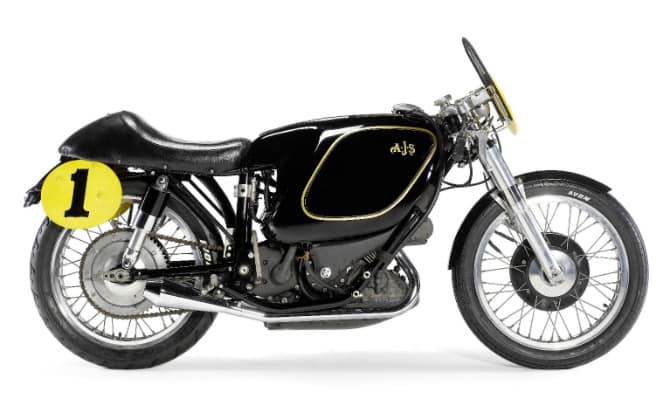 If you’re a rapper or a luxury brand, you know gold just makes everything better. With this simple principle in mind, Danish motorbike customizer Lauge Jensen created Goldfinger.

It comes equipped with a 1807cc twin cylinder engine which produces 90hp at 3200rpm, something which is, let’s face it, not all that impressive. What is impressive, however, is its gold-plated, diamond-studded frame. All this bling does not come cheap, however – the cost of a Goldfinger custom bike is about $850,000. 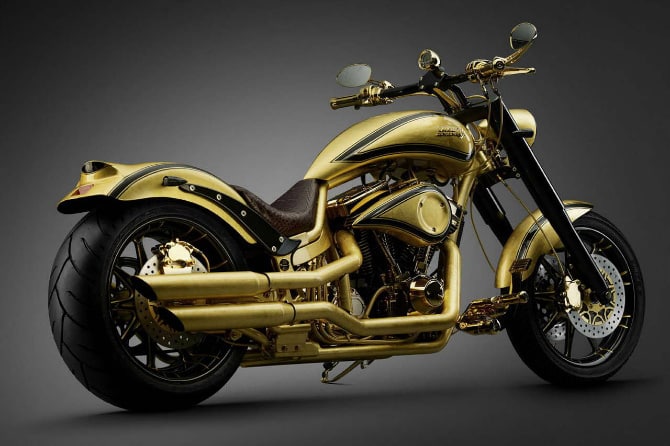 Another way to greatly increase the value of an item is to turn it into a work of art. That why, when Jack Armstrong, an artist whose style is rather awesomely called Cosmic Extentialism paints a Harley, it gets an equally awesome name – Cosmic Starship­ – as well as a huge price hike.

Bartels Harley-Davidson is known as the dealership of Hollywood movie stars and you probably have to be an A-lister to afford Jack Armstrong’s Harley, which comes with a price tag of $1 million. 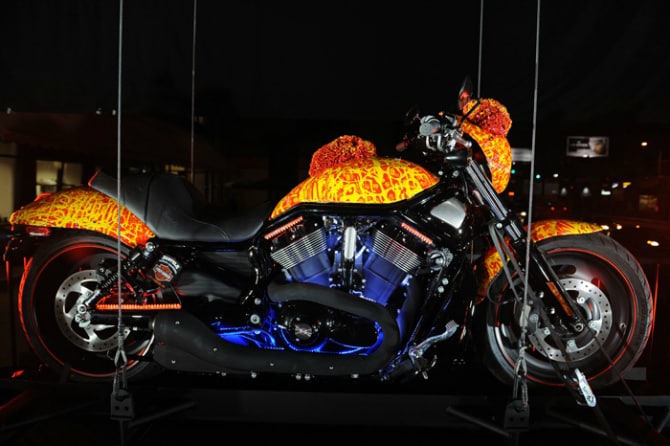 Medusa is one of weirdest things you’ll ever see on two wheels. Drawing his inspiration from Ancient Greek mythology (the Medusa was a monster who could turn you to stone if you looked into its eyes) Tarhan Telli of TT Custom Choppers created this unique-looking bike and made it look like something an archaeologist just dug up near Troy or Sparta.

It’s basically a 125hp, 1.8-litre V-Twin engine with a six-speed gearbox powering a 700-pound chopper, with much of that weight being gold. This means that Medusa’s frame alone is worth over $1million, making it the most expensive bike in the world. 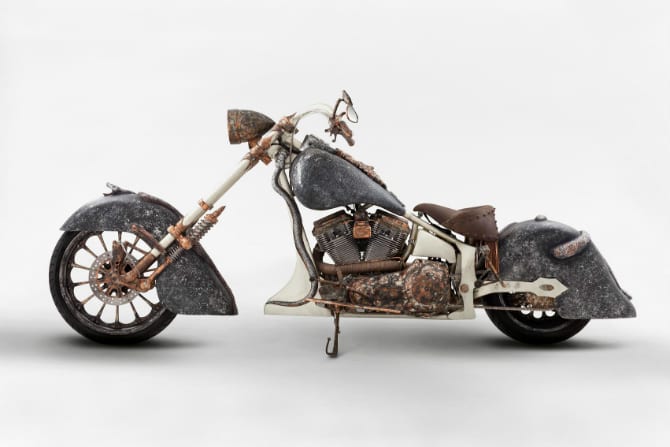