The 10 Most Expensive Watch Brands in the World

Ever since the 16th century when they were first introduced, wristwatches have become an essential accessory and even a fashion statement for both men and women. Their design, features and mechanisms have evolved a lot over time, with a lot of brilliant watchmakers creating timepieces that could be easily considered works of art.

Today we’ll take a look at the world’s most expensive watch brands right now, with prices ranging from a couple of thousands to way over one million dollars for a one off piece. Featuring the finest materials, extremely delicate mechanisms and high grade gemstones, carefully put together by expert hands, the timepieces made by these brands are just for the privileged few.

Once you find the perfect watch for yourself, you may want to invest further into a watch strap. You can find a watch strap that can fit your style at many different stores, but make sure it’s made of premium leather or very good quality at least. Let’s take a closer look at the top 10 most expensive watch brands right now. 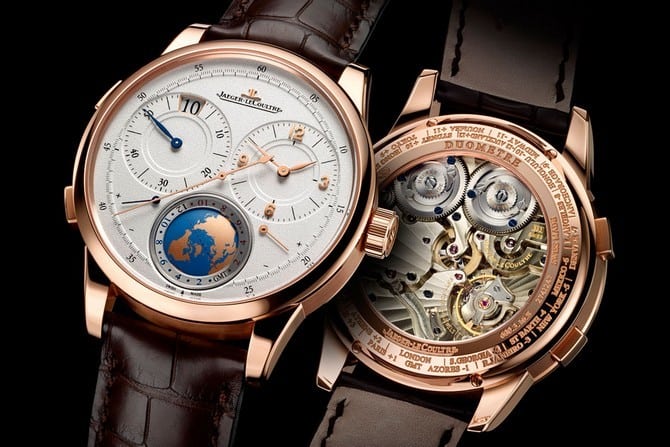 Founded in 1833 by Antoine LeCoultre, Swiss watchmaker Jaeger LeCoultre has revolutionized the timekeeping industry over time with a lot of innovations. For example, they’ve introduced the world’s smallest caliber, they’ve designed the most complicated wristwatch and also the world’s first keyless watch, which relied on a small push-piece that permitted a lever to change over from one function to another.

The fine timepieces from Jaeger LeCoultre start at around $4,000 and could reach well over one million for exquisite watches like the Hybris Mechanica a Grande Sonnerie which sells for $1,474,070. This incredible watch has no less than 1,300 parts and can play the entire Big Ben chiming sequence. 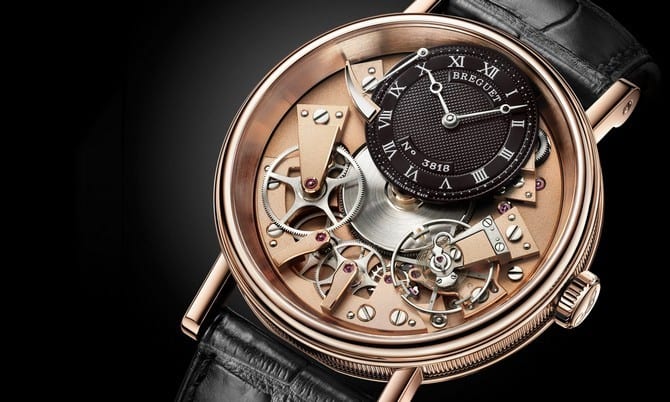 Another Swiss manufacturer, Breguet prides itself for being one of the oldest watchmakers that are still in production, with their history starting in 1775 in Paris. The company moved in Vallee de Joux, Switzerland, in 1976 and among their inventions we can count the tourbillon invented by Abraham-Louis Breguet as well as the world’s first wrist watch made in 1810.

The price range of their timepieces ranges today between $6,000 and $400,000, but they could go even further for one off pieces. Breguet even made watches for King Louis XVI and Marie Antoinette with the Breguet No. 160 grand complication being also known as Marie-Antoinette, containing every watch function known at the time, encased in gold with sapphires inside to decrease friction. Unfortunately the queen didn’t live to see the watch completed and it is now exhibited at the L.A. Mayer Institute for Islamic Art in Jerusalem. 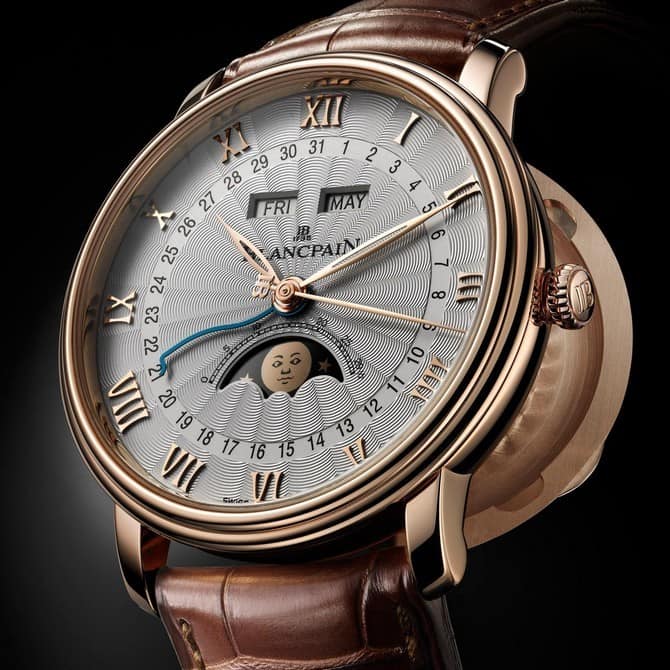 Jehan-Jacques Blancpain created this company in 1735 and every single one of their products is made by just one watchmaker, making these timepieces highly exclusive and valuable. The prices range between $6,000 and $500,000 and according to their slogan they never made quartz watches nor will they ever.

Rolex makes around 2,000 watches every day while Blancpain only creates around thirty – that’s why it’s much more difficult to get one. One of their most impressive watches is also one of the world’s most complicated timepieces, produced in a limited run of just 30 pieces, with one more added every year. 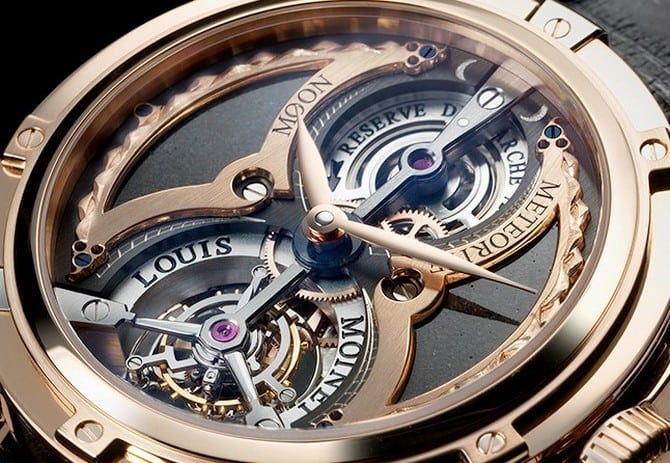 Started by the inventor of the chronograph in 1806, the workshop of Louis Moinet made some extraordinary clocks for world leaders and celebrities like Napoleon Bonaparte, Tsar Alexander the 1st, King George IV of England or Thomas Jefferson.

Louis Moinet’s watches were considered true art pieces and his first timepieces can be seen in museums like the Louvre, Chateau de Versailles or Palazzo Pitti. The regular watches coming from his company cost between $8,000 and $26,000. 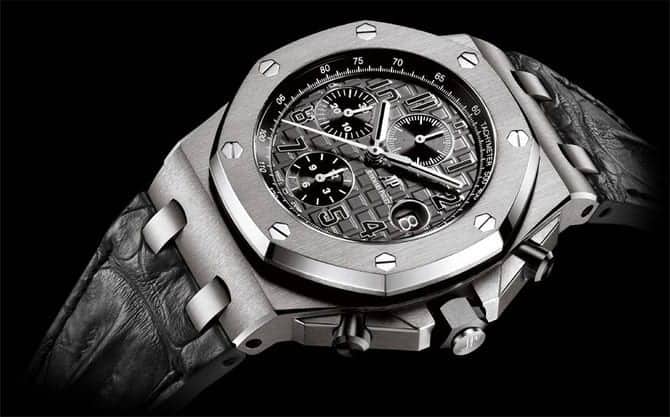 Swiss luxury watch maker Audemars Piguet was founded back in 1875 by two friends, Jules-Louis Audemars and Edward Auguste Piguet, who wanted to produce complex watch movements that would soon take over the world.

Right now Audemars Piguet is one of the world’s most renowned watchmakers and each component of their timepieces is still made with traditional techniques. Their watches are being priced between $8,000 and $250,000. 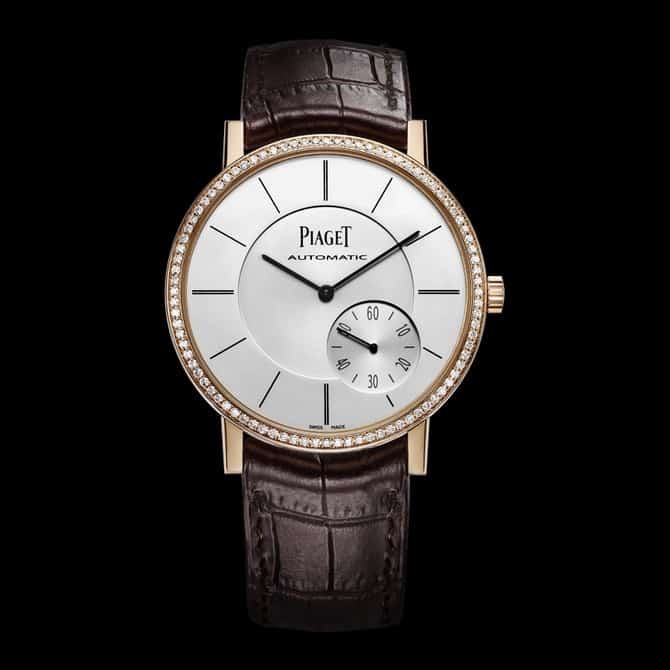 The watchmakers from Piaget also worked as jewelers in the small village of La Cote-aux-Fees, Switzerland and they originally manufactured watch movements, moving into the creation of watches only in the 20th century.

Their prices range from $10,000 to $210,000 nowadays and some of their watches could be actually considered fashionable jewellery, like the Altaplano Caliber 1200D that’s just loaded with gems, an internal structure crusted in diamonds and a highly complex mechanism which costs $152,000. 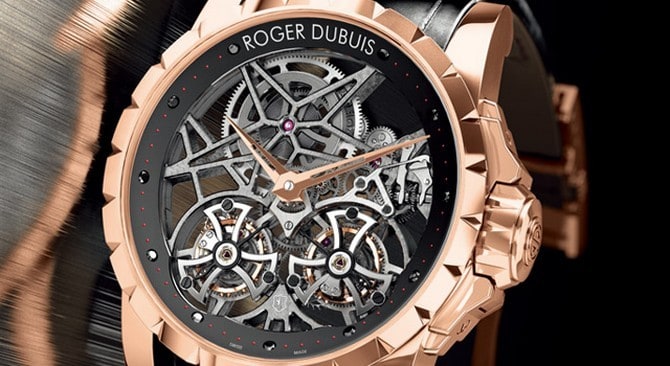 Founded by Carlos Dias and Roger Dubuis, this Swiss watchmaker is much younger than the competition with only 20 years in the field, but the quality of their craftsmanship is extraordinary, making their watches really appreciated. You could get a Roger Dubuis timepiece from somewhere between $11,000 to $156,000 but there are some exquisite pieces selling for way more than that.

The Millesime Double Flying Tourbillon is a good example, produced in a limited run of just 88 pieces. Roger Dubuis himself created this mesmerizing timepiece as one of the most accurate watches ever made, which sells for $263,000.

The company also enters the million dollar watches list with Excalibur Quatuor that’s made entirely out of silicon, with half the weight of titanium but four times the durability. This amazing timepiece has an RD101 movement that makes it incredibly accurate and it’s priced at around $1,125,000. 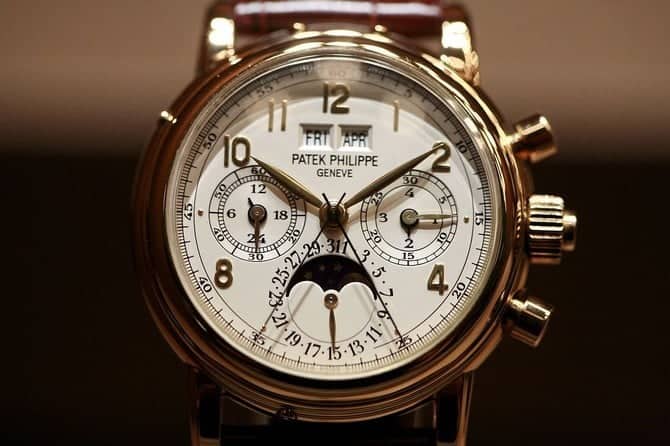 Founded in 1851 in Geneva, Patek Philippe is considered by many experts as the most prestigious watchmaker in the world, being the supplier of watches to Queen Victoria since their inception. Their timepieces have some of the most complicated mechanisms and they usually sell for $10,000 to $780,000.

Patek Philippe has made some of the most expensive watches ever sold such as the Henry Graves Supercomplication, which was sold back in 1999 for $11 million and then again in 2014 for $24 million. 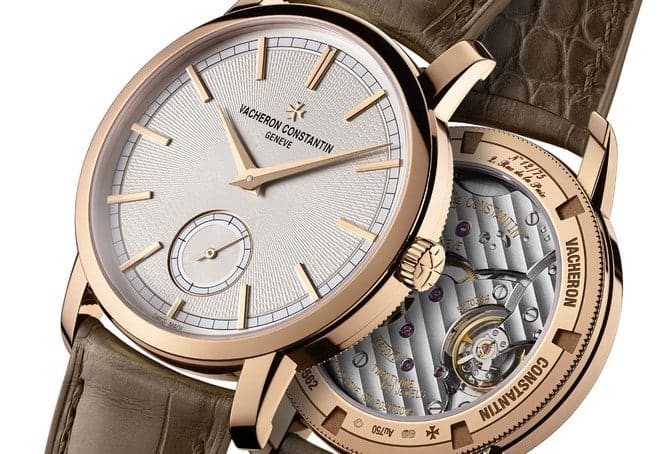 Vacheron Constantin are the oldest watchmakers with an uninterrupted history and one of the three best traditional watchmakers along with Patek Philippe and Piguet. They’ve made timepieces for Napoleon Bonaparte, Pope Pius XI, Harry Truman and the Duke of Windsor, and they’re also responsible for the world’s first engine-turned dials.

For their 250th anniversary they created a limited edition of seven pieces entitled Tour de I’lle which featured two faces to have enough space for all their displays. These watches had a second time zone, a perpetual calendar, sunset time indicator, plus many other features which make them one of the most complicated watches ever made, with a price of $1,538,160. If you’re looking for a cheaper watch from Vacheron Constantin, the minimum you need to pay is $11,000. 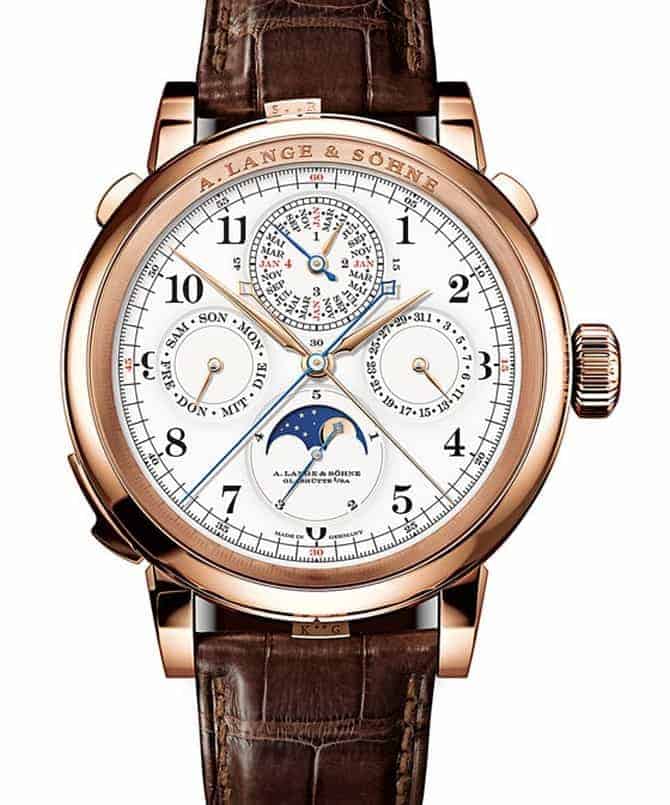 Probably the best high-end watches come from Germany, more specifically from Glashutte, near Dresden. Founded in 1845, A. Lange & Sohne had a long tradition in making quality pocket watches. The company ceased to exist in 1948 but it was reborn in 1990 with their first wrist watches coming out in 1994.

Blending perfect mechanical movement with gold or platinum cases, the watches from A. Lange feature a distinctive look that’s sometimes called “Teutonic” in its austerity. The cheapest watches can be bought for $14,000 and they could go up to $580,000 and beyond.

For example, the Grand Complication watch, unveiled at SIHH 2013, was priced at $2,497,000, featuring both a grand sonnerie and a petit sonnerie as well as a minute repeater, a monopusher chronograph with split seconds function, perpetual calendar and a display of the moon phases.