The 10 Most Expensive Scotch bottles in the World

A fine whisky is considered Scotch if it follows just a couple of basic rules that are actually specified by law, the most important ones being that it has to be distilled in Scotland from water and malted barley, matured in oak casks in the same country for a period of at least three years and that it has to retain its aroma, color and taste from raw ingredients, without any added substances.

Scotch whiskies have a tradition spanning across more than five centuries and they’re highly appreciated for their incredible range of flavors, hidden beneath some wonderful notes of smoke, peat and wood. Today we’ll take a look at some of the most exquisite scotch bottles in the world, which are worth a lot due to their age, quality, rarity and bespoke bottles.

With flavours that could take you to another world, the most expensive scotch bottles are perfect if you have something special to celebrate. 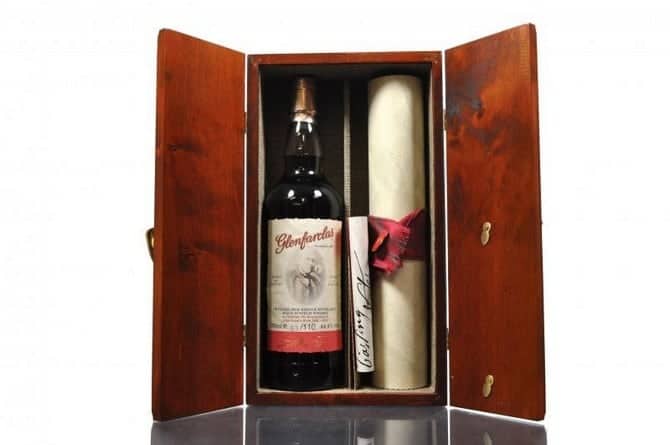 This dreamy Glenfarclas scotch had to wait exactly fifty years in a barrel before it was finally bottled, the event taking taking place in 2005. They’ve only made 100 bottles of this incredible scotch, all of them being sold out before they were even bottled since word got out.

Founded in 1836 and owned by the Grant family, the Glenfarclas distillery is located in Ballindalloch, Scotland. Their 1955 single malt has a taste of charcoal and fruits with oak as an aftertaste, while the nose is reminiscent of eucalyptus and toffee. A bottle was worth $10.878 when it was first sold, but today it’s probably even more valuable since it was only a limited run. 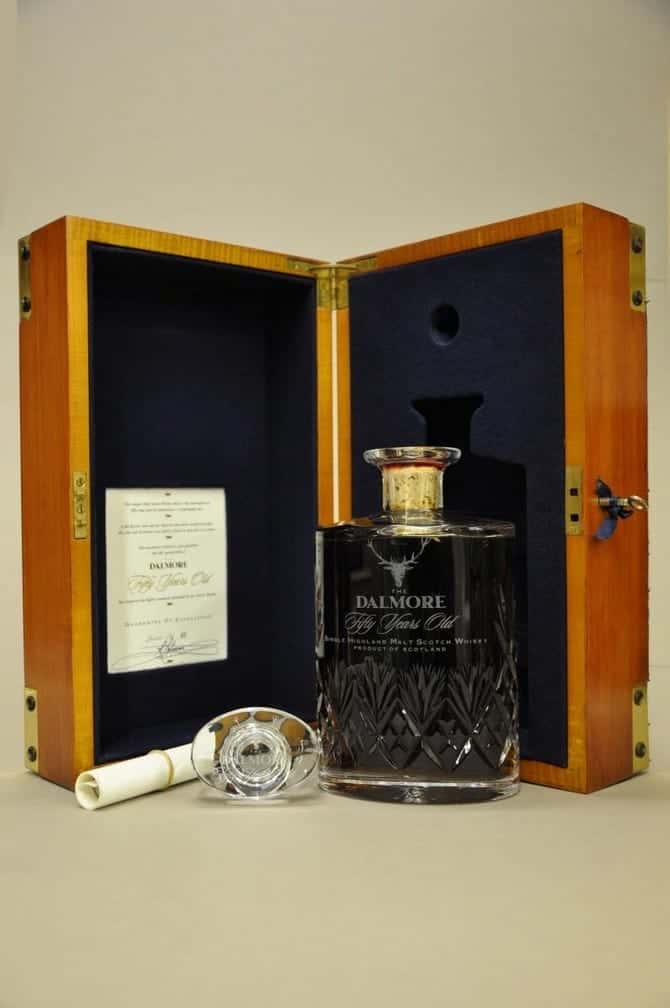 With only 60 bottles ever made, the Dalmore 50 year old single malt stands out through the intensity of its flavours and its depth which brings out all sorts of aromas into a unique mix. This whisky is so strong and aromatic that it is even advised to add a bit of water or ice inside to be able to fully appreciate it.

When it was released it was sold for $11,000 per bottle and since it was extremely limited, one bottle of this 50 year old decanter could be worth a little fortune today. 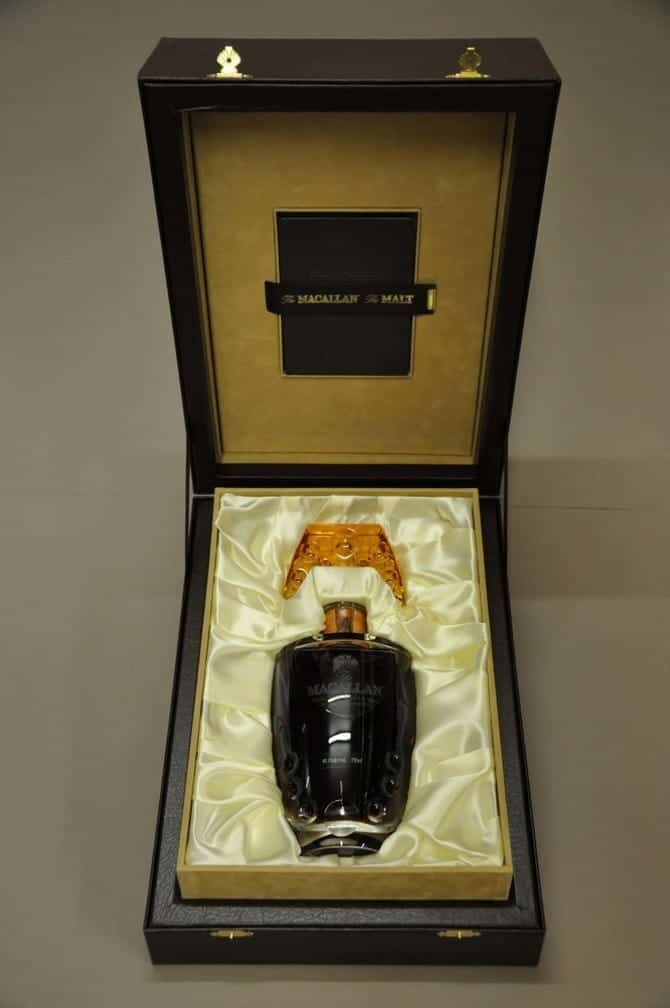 Sometimes keeping the whisky in a barrel for 50 years isn’t enough, that’s why the guys at Macallan wanted to wait 5 more years to be sure they get the perfect Scotch. And this whisky is definitely close to perfection, featuring a wonderful rosewood color with an aroma made of citrus, oak and spices and coming with an incredible presentation.

The legendary Speyside distillery joined forces with the famed crystal makers from Lalique to design this amazing decanter bottle that truly makes this whisky stand out. The release price for this whisky was $12,500. 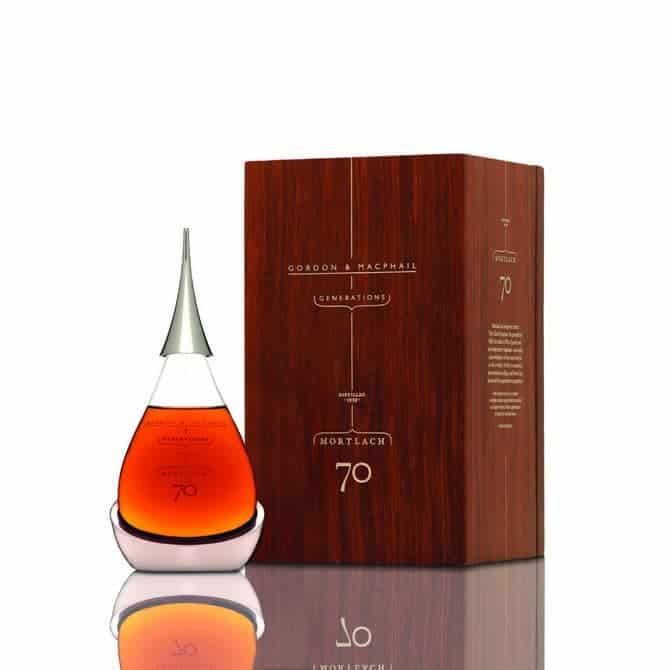 The world’s oldest whisky was matured for an amazing period of 70 years to stand out of the pack and there were only 54 bottles ever created, priced at no less than $28,000. Mortlach’s 70 Years Old boasts a wonderful waxy and fruity aroma, with Maraschino cherries and Madeira cake notes, as well as a citric touch, flaked almonds and coconot oil.

That sounds pretty great right? This wonderful Scotch also features tobacco and dried fig notes and you could also feel a light smoke in its taste. Available in a stunning tear-shaped bottle, this whisky has a drool inducing sub bleached mahogany color. 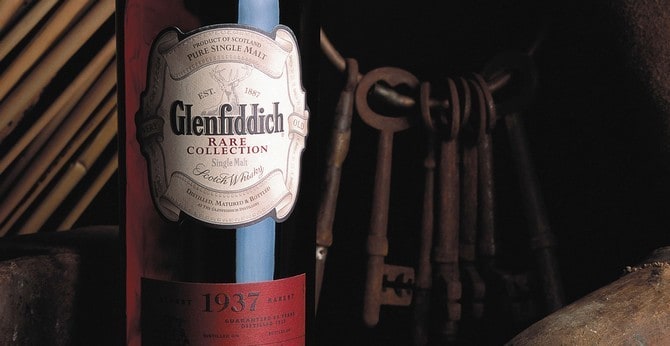 The story of this whisky began on the year when King George VI was crowned and cask number 843 was set aside to become one of the finest and oldest whiskies in the world. The aging process took 64 years since this whisky was developing slowly, enough to get a powerful aroma with a lot of layers on the palate and a terrific finish.

That cask managed to fill only 61 bottles, making this Scotch incredibly rare. The bottles were all sold out, but from time to time one of them hits the auction, the last one being sold for a cool $71,700. 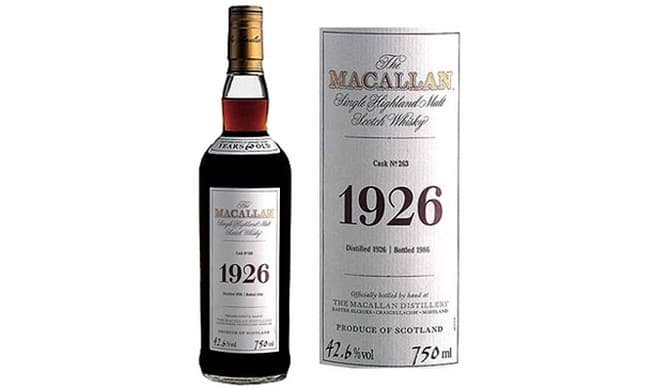 Showcasing some of the best single malts in the history of the Macallan distillery, the Fine and Rare scotches are always extremely sought after. The oldest one was put in a barrel in 1926 and it was one of the label’s most desired whiskies.

It made the news in 2007 when someone paid $54,000 at an auction for just a bottle but that proved to be a great deal because a couple of years later a businessman from South Korea paid $75,000 for one. 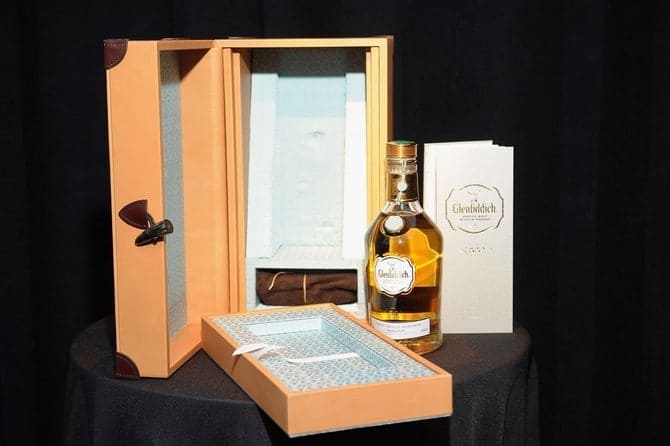 Released just a couple of years ago, back in 2011, this amazing whisky was matured for 56 years and named after Janet Sheed Roberts, the last grandchild of the Glenfiddich founder, William Grant. With a wonderful aroma of orange blossom and violets which blends with toasted almonds and creamy vanilla, this whisky will hit all your senses.

It also features oak notes and touches of lemon zest, and it managed to fill just eleven bottles, all of them auctioned for charity four years ago. But some of them have been resold at auctions, reaching $94,000 per bottle. 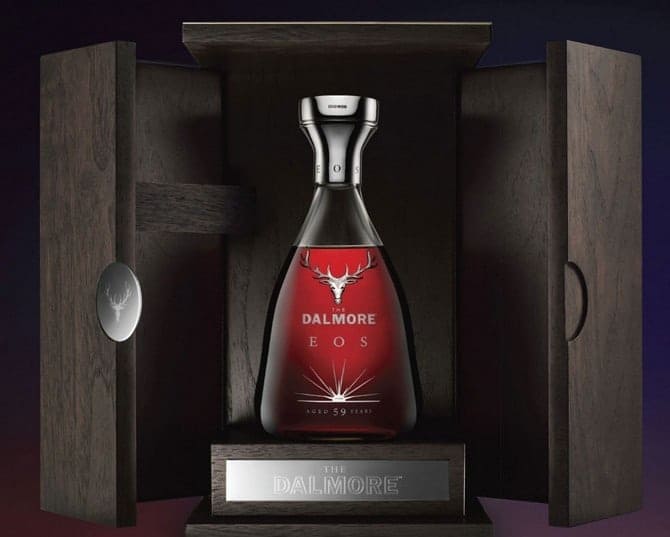 Named Trinitas because there were only three bottles ever produced of this splendid single malt, this Dalmore 64 was considered one of the world’s most flavored whiskies ever produced, with notes of raisin, coffee, sandalwood, apples, orange, mango and even marzipan.

The bottles are wonderfully adorned to match the royal liquor inside, selling exclusively to private collectors, one of them paying for a bottle $153,000! 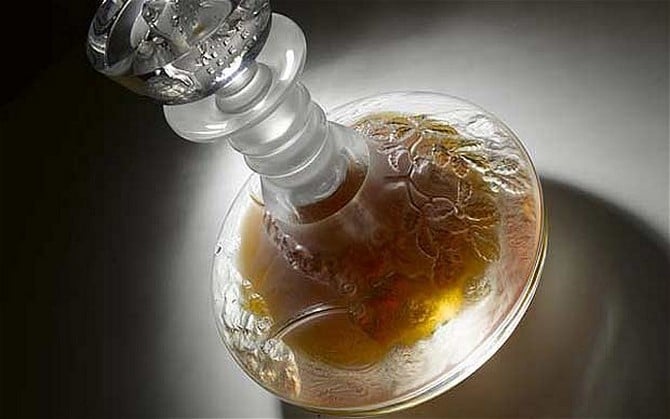 The oldest Macallan single malt scotch whisky was sold at an auction in 2010 for the a staggering $464,000, with the money being donated for charity to help developing nations have access to clean water.

The scotch was vatted from three Spanish oak casks from 1942, 1945 and 1946 and there was only one bottle ever created. The price also went up due to the hand crafted “Cire Perdue” decanter made by the Lalique as a celebration of their 150th anniversary. 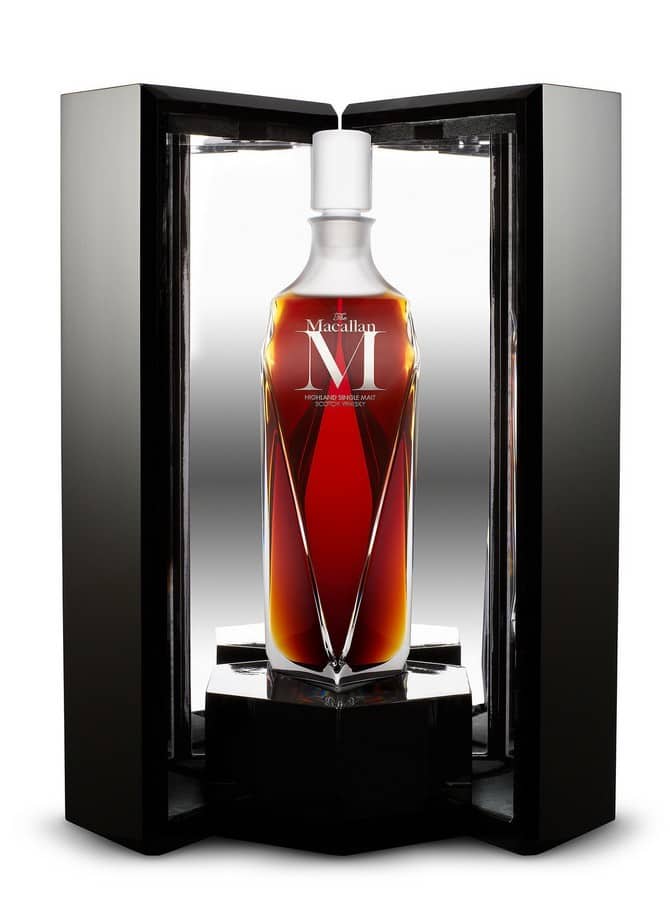 Created from the rarest 1940 whiskies at the distillery, this sophisticated bottle as penned down by Fabien Baron, Lalique and The Macallan who joined forces to create something truly worthy of the Guinness Book of World Records.

The world’s most expensive scotch bottle was sold at an auction in Hong Kong for $631,850 and it was crafted by Lalique to complement the taste of this incredible scotch which is said to have overtones of raisins, lemon, cherry and other fruits with leather and vanilla notes.