The 10 most expensive basketball shoes of all time

Basketball is more than just a sport right now… it’s a global sensation, watched and followed in almost every corner of the world. It has grown into a huge industry in these last years, featuring some of the world’s highest paid athletes, with massive endorsement deals, promotions and so on.

And shoe companies love basketball even more, signing huge deals with some of the biggest stars in the NBA, to headline and even to design their new lines of shoes. Over the years, basketball shoes have grown from just a few options to a huge range today, with a ton of interesting designs to choose from.

Some of these basketball shoes have become extremely sought after, with rare versions selling for thousands of dollars at auctions right now. Today we’ll take a look at the 10 most expensive basketball shoes ever made. 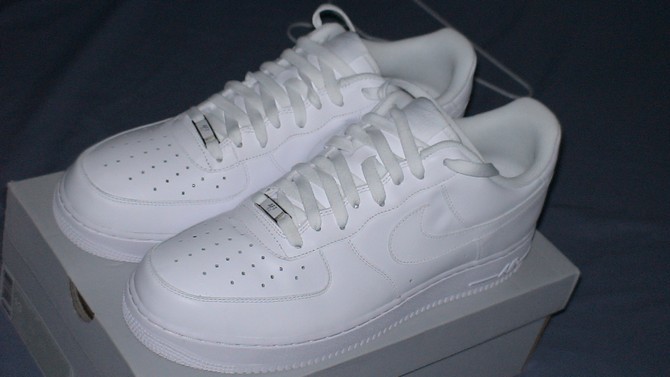 These shoes are still available on the Nike store today, for just $70 in all sorts of colors, but when they were first introduced, back in 2005, they were some of the most amazing shoes on the market. Packed with technology and extremely popular among celebrities, these shoes were the perfect joggers for everyone. The first Nike Air Force One sneakers are found only at auctions for prices which range at around $2,500. 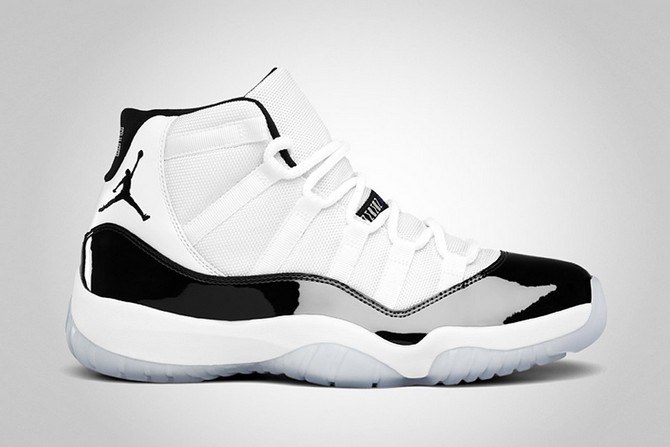 Wrapped in patent leather with ballistic mesh and leather atop, these were Michael Jordan’s signature shoes from 1995, worn in the film Space Jam and in that year’s NBA Championship. They are considered extremely comfortable and they’re still quite cheap compared to other shoes worn by Jordan, selling for a price of only $2,700. 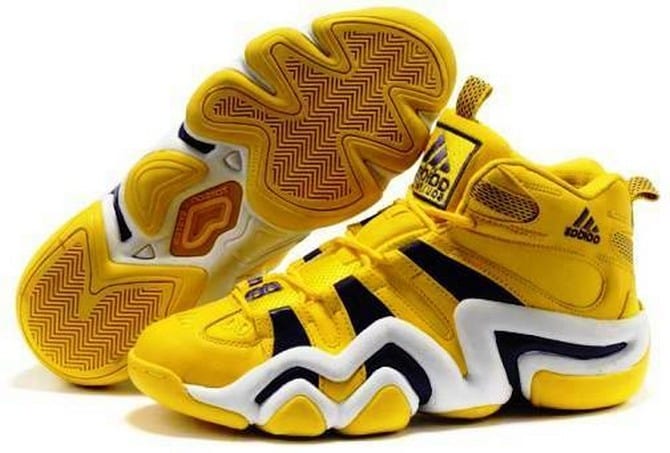 Also unveiled in 1995, these shoes were created for the 1998 Slam Dunk Contest and Kobe Bryant, with 8 being the number on his shirt back then. When Kobe left Adidas in 2002 they were renamed to Crazy 8. Kobe only wore them as a production test that in the end was abandoned and there were only two pairs ever made, one with black, white and blue and the other with black, white and yellow tones. When they were sold at an auction they reached the price of $3,000, enough for the 8th spot on the world’s most expensive basketball shoes list. 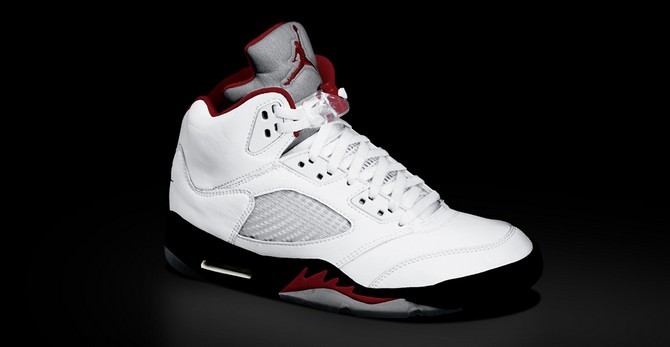 Michael Jordan’s signature line of shoes has more than one pair of sneakers in this top and next up are the Air Jordan V, which come with a strikinig reflective tongue, clear rubber soles and a strap lock. The pair worn by Jordan has a rare black and silver metal design with 23 at the back. It was a model that was never sold in stores and it can be found at shoe-collectors only. They’re estimated to be worth around $10,000, which is quite a lot for a pair of specialized joggers. 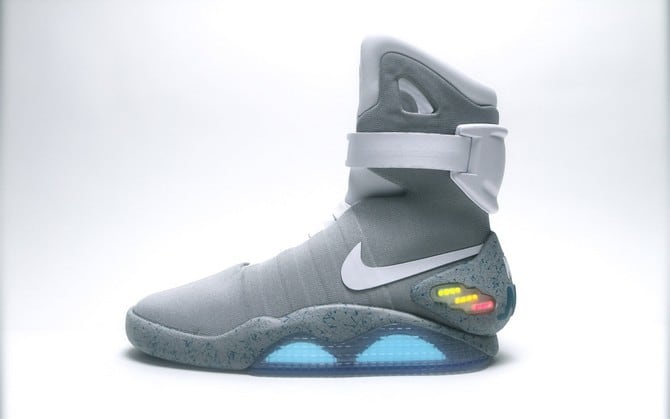 These futuristic looking shoes were created as a replica of the shoes featured in Back to the Future Part II, complete with light-up panels and self-fastening laces. They became extremely popular after Michael J. Fox was spotted wearing these shoes and Nike made 20 pairs of these beauties, each of them being sold for $12,000.

There was a petition that asked for the return of these shoes and after thousands of hours of work Nike has created a perfect replica with space-age materials, an electroluminescent out-sole and a battery that would last for 3,000 hours – the first rechargeable pair of footwear by Nike. The number of replicas was limited to 1,500 and they were auctioned on eBay on September 2011 with the income being donated to the Michael J. Fox Foundation for Parkinson’s disease research. $4.7 million were raised from the auction alone. 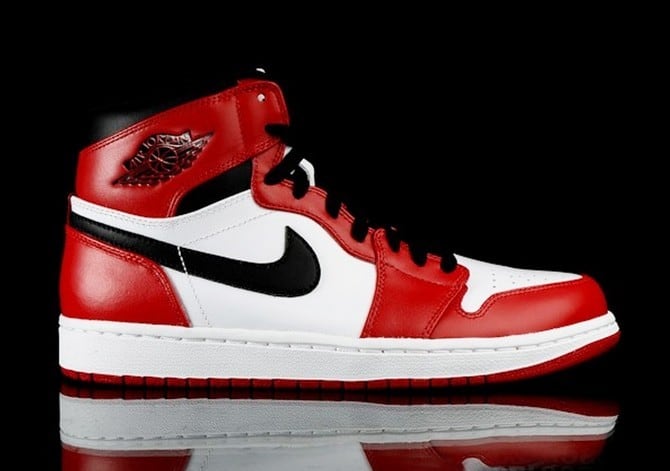 The first Jordan shoes, Air Jordan I, were released back in 1985 in a very, very limited run of just 12 pairs. Each pair has been personally signed by Michael Jordan with a water-resistant marker, while the stunning black and red design matched the uniform of the Chicago Bulls back then. The original signed release is now worth around $25,000. 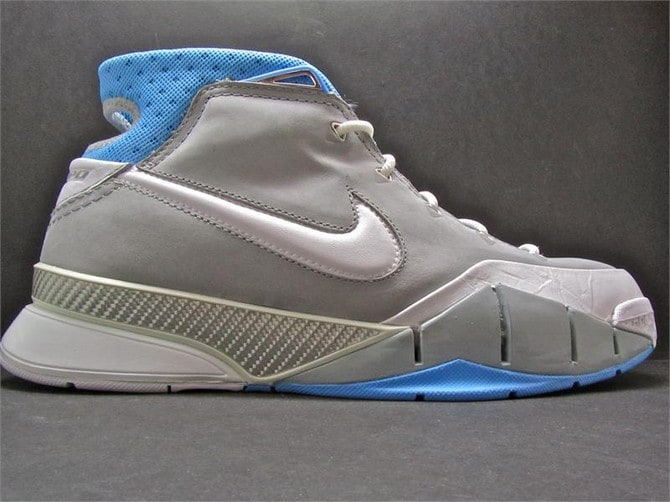 As we’ve said earlier, Kobe Bryant left Adidas back in 2002 and moved to Nike a year later to create his own, signature basketball shoes. After being unhappy with Huarache 2k4-2k5 and some of the Jordan shoes, he unveiled in 2005 the sporty Air Zoom Kobe I.

During that NBA season, Kobe went on to score no less than 35.4 points per game and also managed to score 81 points in an unforgettable game against the Toronto Raptors, the second highest scoring in the NBA History. These performances made the shoes extremely sought after and the fact that only 25 pairs were made priced them at an estimated $30,000 with a 10% of the sum being donated by Nike to charity. 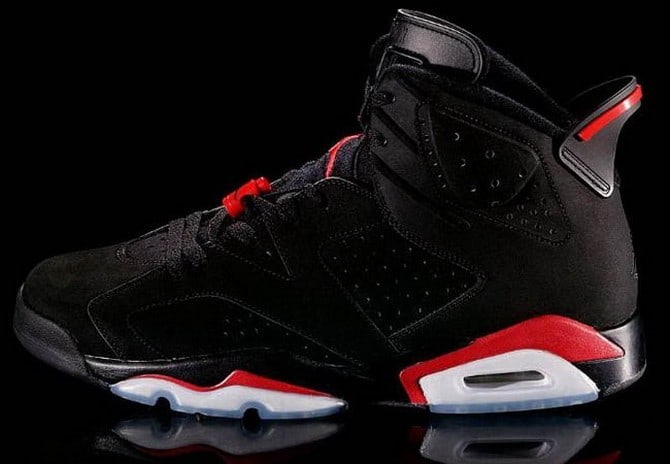 The Air Jordan VI are widely considered the most comfortable joggers ever made. They are also the last Jordans to come with the Nike Air logo and they feature reinforced materials in the toe area, two holes in the tongue and a molded heel to protect the tendon. These were the shoes worn by Jordan back in 1991 when the Bulls won their first championship by defeating the Lakers. They come in five different color combinations: black infrared, white infrared, white/carmine black, white/sport blue and off white/maroon. The white/carmine black was the combination that was also used during the 1992 Olympics and that’s the most expensive version today, priced at an estimated $35,000. 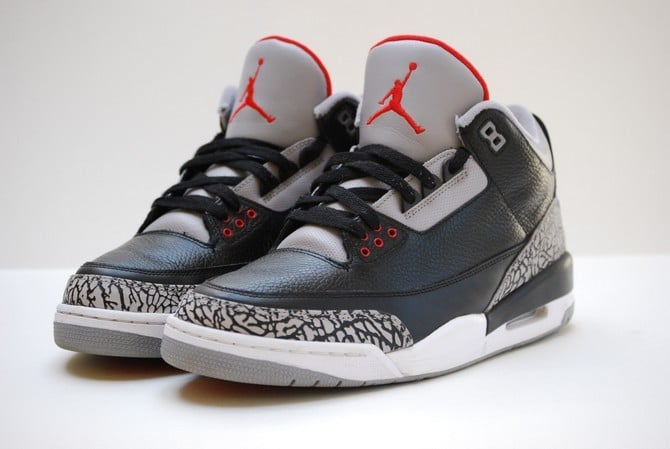 The iconic Air Jordan logo, the air unit at the heel and the unique leather finish made these shoes extremely stylish when they first came out. Michael Jordan had an amazing run in them, winning a Slam Dunk contest and also the All Star Game MVP honors. Featuring high quality leather, these shoes were extremely comfortable and flexible, with a design by Peter Moore. They were sold in auctions for prices ranging around $50,000. 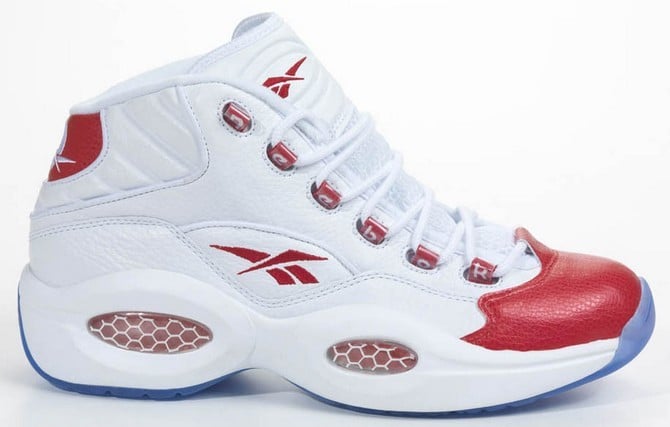 The most expensive basketball shoes in the world are also the most luxurious joggers. Featuring a design by Allen Iverson, the Reebok Question came out with 246 studded diamonds, a leather upper, suede overlays, comfortable Hexalite cushioning and a translucent outsole. Even though these shoes were first introduced 19 years ago, they are still extremely popular right now, coming out in new colors and special designer versions every single year. The extravagant Reebok Question designed by Allen Iverson went on to sell for a staggering $65,000 at an auction.