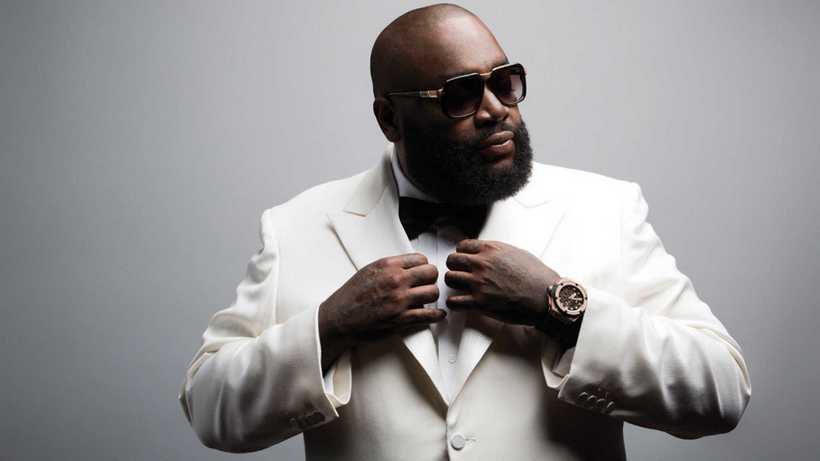 Rick Ross is an American rapper, record executive and entrepreneur. In just a few years he managed to become one of the richest rappers in the world (even though he’s not in the top 10 yet), gaining popularity with controversial, yet catchy songs, and incredible tours.

Although one of his most famous songs name is B.M.F. (Blowing Money Fast), he doesn’t (always) waste his money, he makes them grow. His net worth stands as proof with the pretty sum of $45 million today. 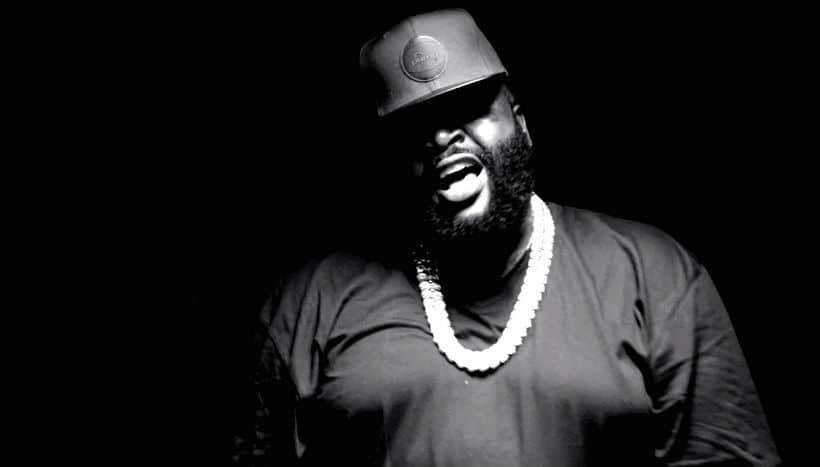 His real name is William Leonard Roberts II but he’s known everywhere around the wold by his stage name Rick Ross. He was born on January 28, 1976 in Clarksdale, Mississippi, and raised in Carol City, Florida. He graduated from Miami Carol City Senior High School and then he attended the black college Albany State University on a football scholarship.

Roberts first worked as a correctional officer for almost two years from 1995 to 1997, but the influence of rap music and the opulent lifestyle of the drug dealers he saw during his childhood led him in another direction. He started writing rap lyrics in which he romanticized money and that type of life.

Ross had his debut with the song Ain’t Shhh to Discuss, under the pseudonym Teflon Da Don, after signing with the label Suave House Records. In the mid-2000s he signed with Slip-n-Slide records and also changed his stage name to the now famous Rick Ross. He derived it from the 80’s drug dealer “Freeway” Rick Ross, to whom he has no connection. 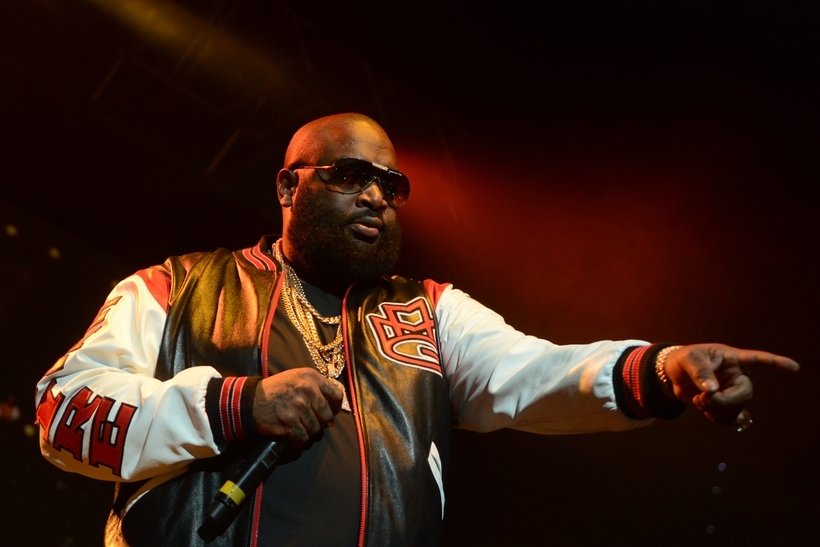 In mid 2006, Rick Ross released his debut album, Port of Miami, which started at the top spot on the U.S. Billboard 200 album chart, selling 187,000 units in its first week. Singles like Hustlin and Push It achieved great success, further promoting the new rapper into the world of rap stars.

His second album, Trilla, was released two years later and also landed at no. 1 on the Billboard 200 chart upon its debut. After the success his first two albums had, he began to write, perform and collaborate with a wide range of popular artists including Jay-Z, R. Kelly, Lil Wayne, and many others.

The next years brought more albums of the famous rapper. The most successful of them all are 2010’s Teflon Don and God Forgives, I Don’t released in 2012, a very lucrative year for the artist. In 2014, Ross released two more albums, Mastermind and Hood Billionaire, with the first scoring another no. 1 debut on the Billboard 200 chart.

His ninth and last album so far, Rather You Than Me, was released just days ago as of the time of this writing.

Other Ventures and Endorsements 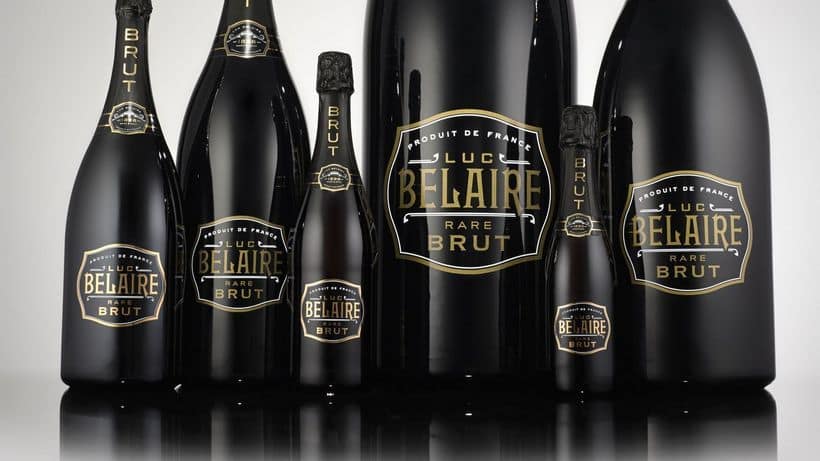 Besides his rap career, in 2009 Ross started his own record label titled Maybach Music Group. Under this label, he signed names like Wale, Omarion, and Meek Mill and also released his latest albums.

Ross also gets some good bucks from his Wingstop brand of restaurants. In 2016, the business was the major contributor to the $10 million he earned. He also endorses other brands like the french wine Luc Belaire and the mCog e-Cigarettes.

With 1.2 million subscribers and over half a billion views, his YouTube VEVO channel also earns him a few hundred thousand dollars every single year. It’s a little bit shy, but it’s better than nothing, right? 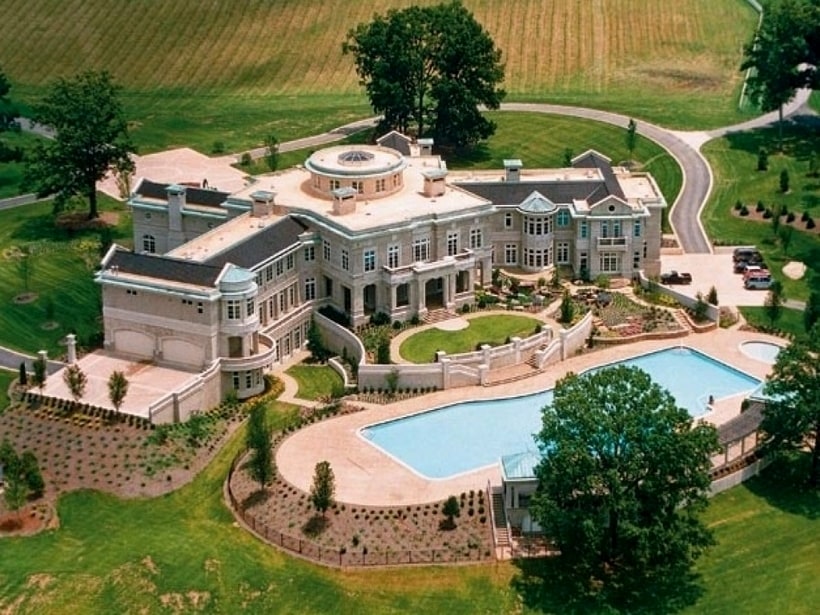 In terms of houses, Rick Ross owns one enormous mansion. The 54,000 feet property is the largest single family home in the state of Georgia as of 2016. Located just outside of Atlanta, the lavish estate features a ridiculous number of rooms, 109, including 12 bedrooms and 21 bathrooms.

The artist has dropped only $5.8 million to buy that immensity from the legendary boxer Evander Holyfield.

Other amenities include a bowling alley, home theater and a huge pool. If that wasn’t enough, the compound also has a baseball field with lights and a scoreboard, an indoor pool, separate boxing gym, recording studio, and guest house.

While all the above sound impressive, probably the bills also rise to the standard, so Ross needs to be “hustlin” to make more money.

But wait, that ridiculous house isn’t everything.

Rick Ross owns eight cars, including many luxury cars such as the Fisker Karma and Rolls Royce Phantom. The other ones are a Cadillac Escalade SUV, a BMW 760Li, a silver white Hummer H2 to match his size, a Bentley Continental Supersports, a Mercedes-Benz CLS and his favorite Maybach 57s.

He also has a special Aprillia motorbike, the Rick Ross Edition, valued at $35,000.

Rick Ross Net Worth Over Time 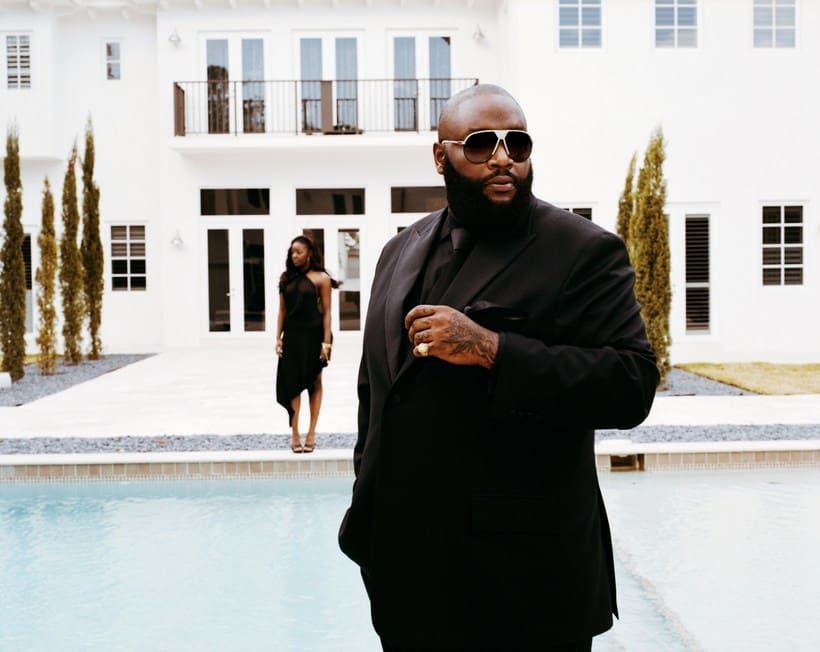 Rick Ross’ earnings from album sales reached around $800,000 each so far, but the majority of his revenue comes from tours and endorsements.

In his first years as a rapper he got to earn around $5 to $6 million a year but that increased more and more until his 2016 revenues were almost double at $10 million.

Tags:
Previous Article
The Ariana Sustainable Luxury Lodge Invites You to Cappadocia
Next Article
15 European Castles You Can Spend the Night in