Ranking the 10 Most Beautiful New York Parks for You 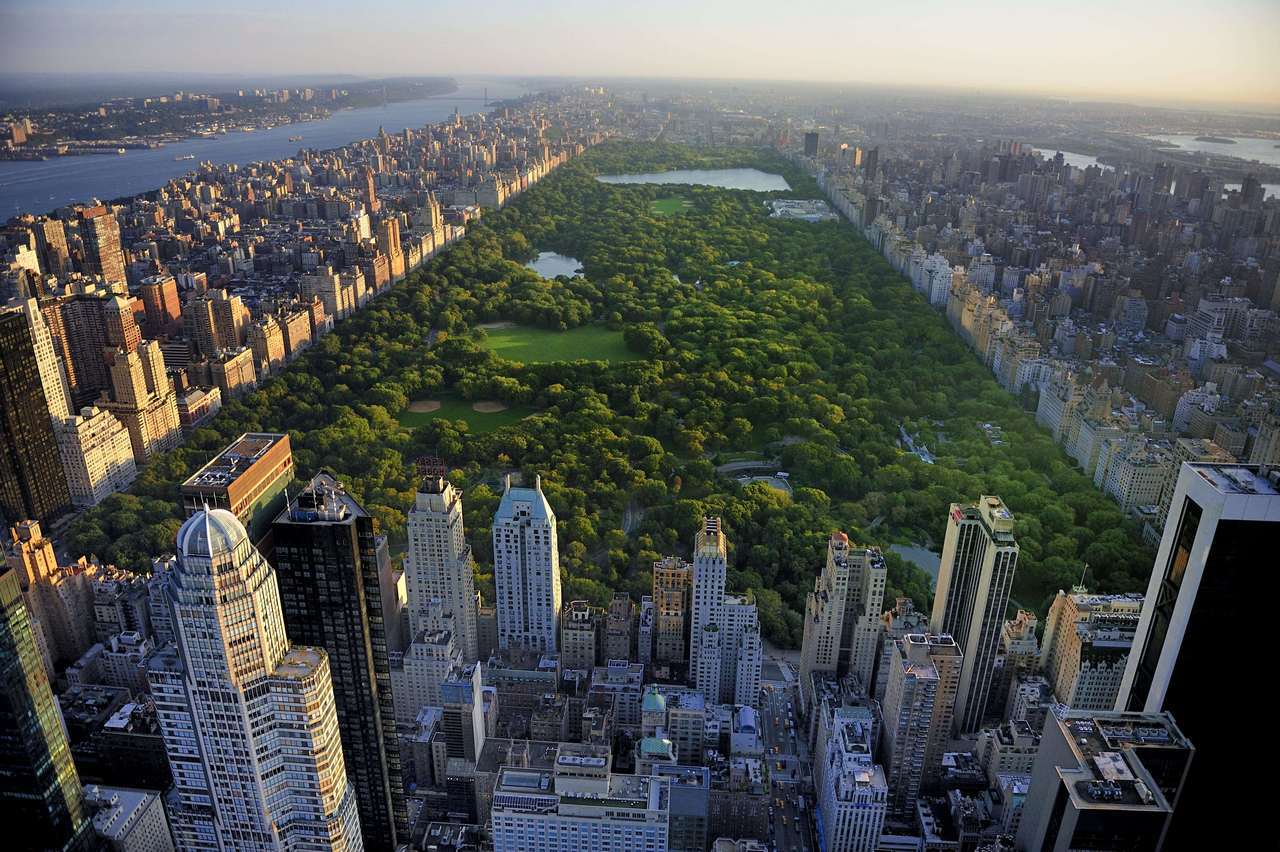 My favorite city in the United States, New York has so much to offer. From Broadway shows to great shopping, Times Square, the Statue of Liberty or the Brooklyn Bridge – they don’t call it the city that never sleeps for nothing.

As 2020 became the year that threw us all a curveball, more and more people started spending more time outdoors, even in New York City’s concrete jungle.

Although New York is best known for its culture and diversity, it does have quite a lot of green spaces too. The five boroughs are home to some 1700 green spaces and native New Yorkers cherish them. Some offer picturesque views, lots of picnic areas, playgrounds for children and plenty of free activities to choose from.

There are lots of different festivals and things to do in their numerous parks on any given day, just pick and choose whatever tickles your fancy. New York is not the city you will ever get bored in, I can guarantee that.

Here are the most beautiful and well known parks in NYC for when you choose to spend your time outdoors. 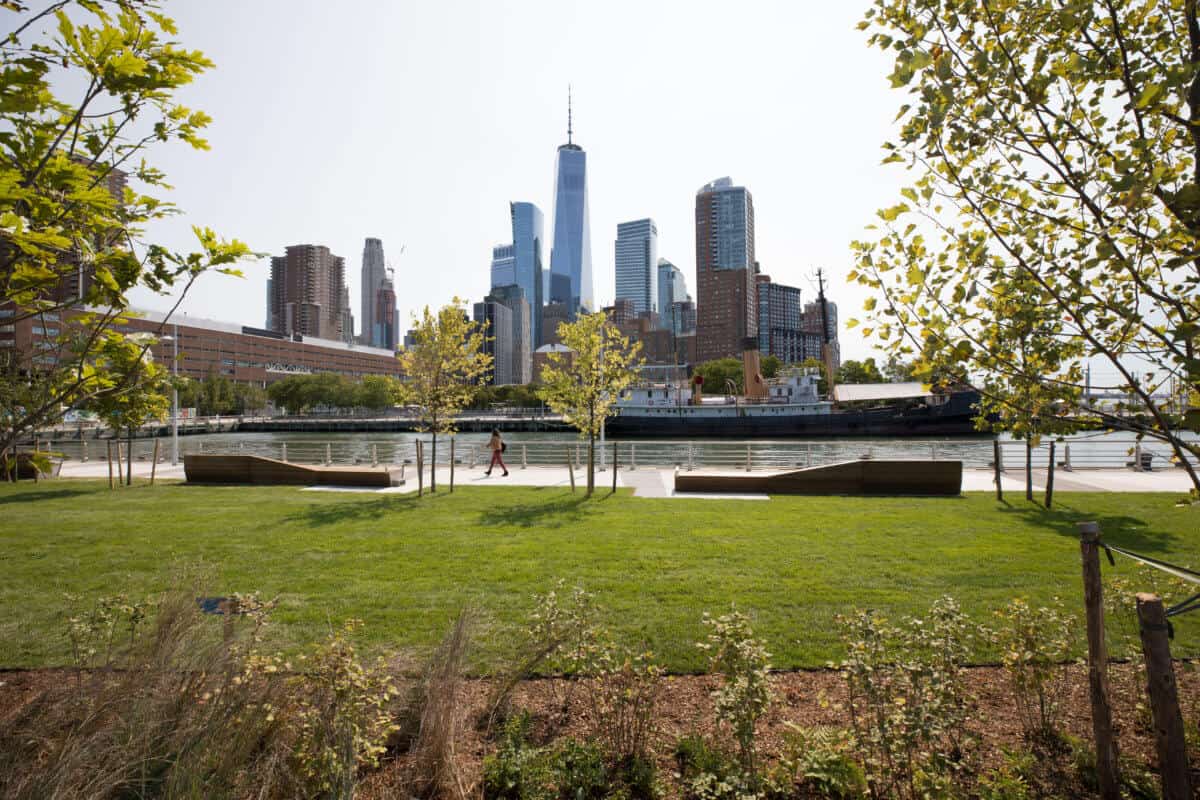 Home to more than 100,000 square feet of waterfront green open space, the Hudson River park stretches from Battery park to 59th street. The strip along the river allows you to walk, bike or skate, rain or shine. Their Pier 26 is a very popular attraction, especially in the warmer months.

They host lots of activities for youths such as organized sports or kayak rides on the river. But any age group will find something of interest such as singing groups, yoga or fitness boot camps. There’s something for everyone. 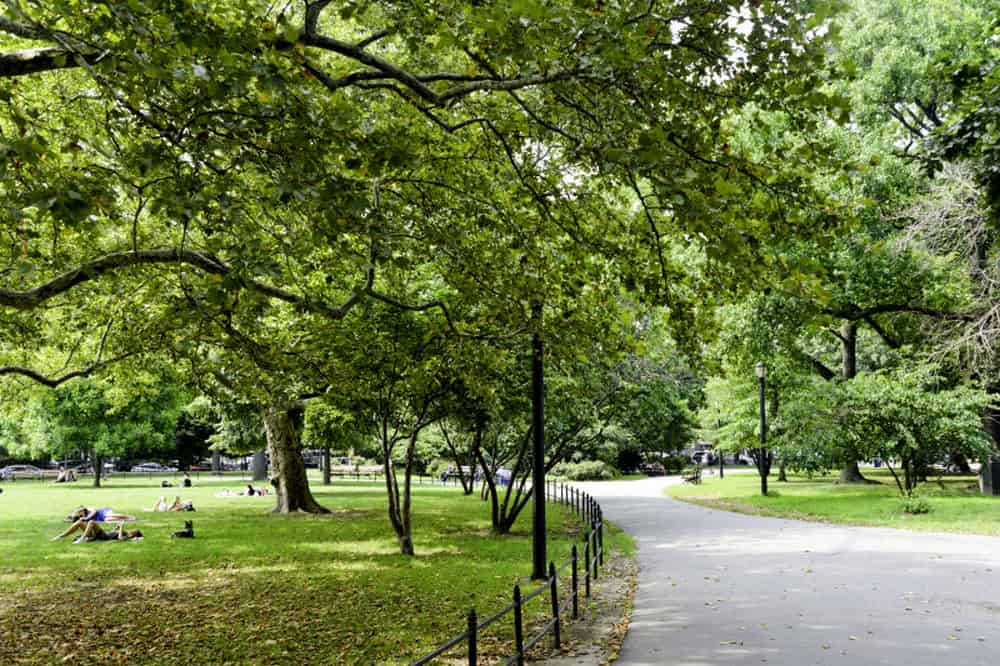 Located in Brooklyn on the border of Williamsburg and Greenpoint, McCarren Park is a public park run by the New York City Department of Parks and Recreation. It is perfect for all types of recreational sports such as softball, soccer, volleyball among many others.

Ideal for runners and sunbathers alike, it also has tennis courts and is host to a free Summer Screen film festival which is very popular in the neighborhood. 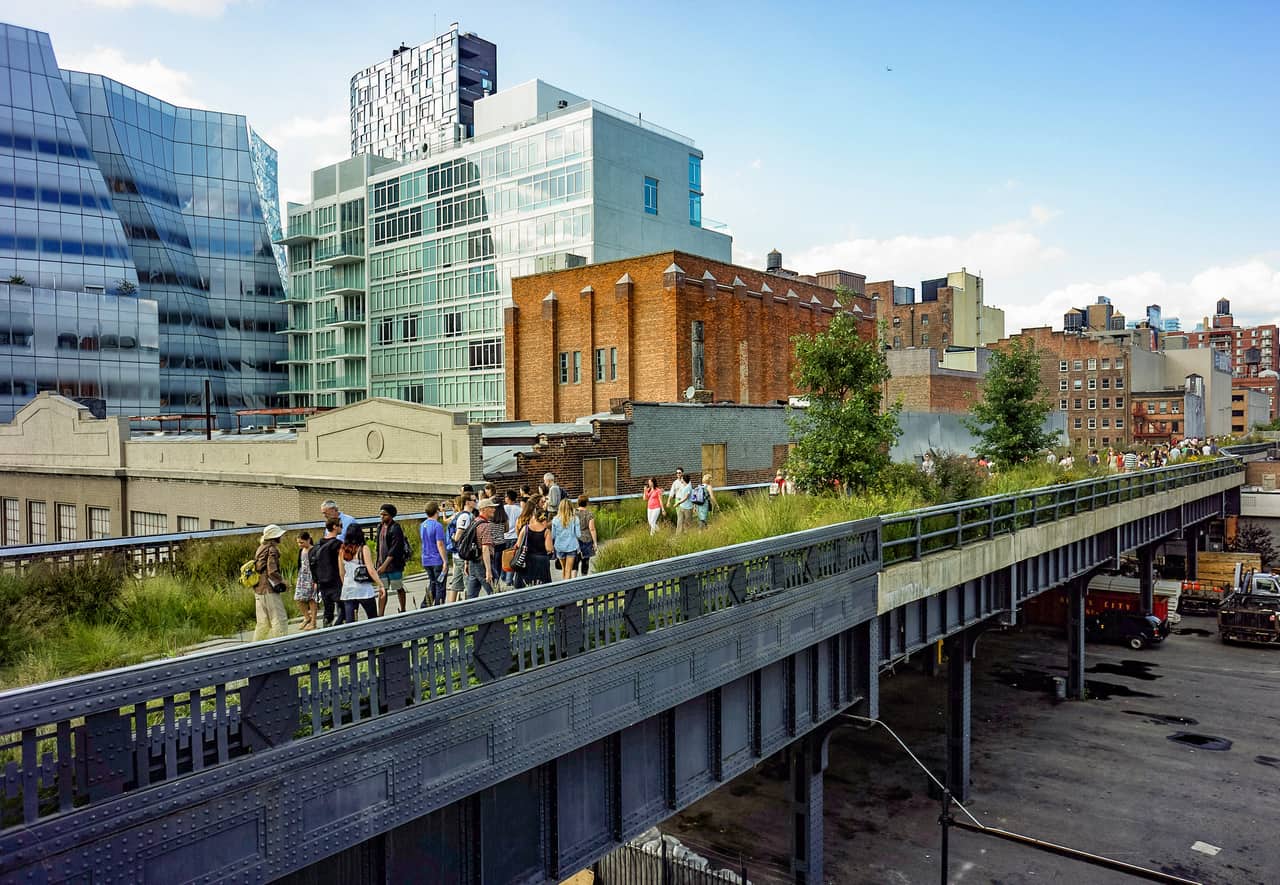 This park is owned by the city of New York but it is maintained and operated by Friends of the High Line, a nonprofit organization. This park was created in 2009 on a former elevated New York City Railway which became a floating garden which stretches for 1.45 miles. It is very
unique and different from the regular parks we are used to.

It offers a little slice of green haven in the middle of the Lower West Side of Manhattan. Worth a visit for sure. 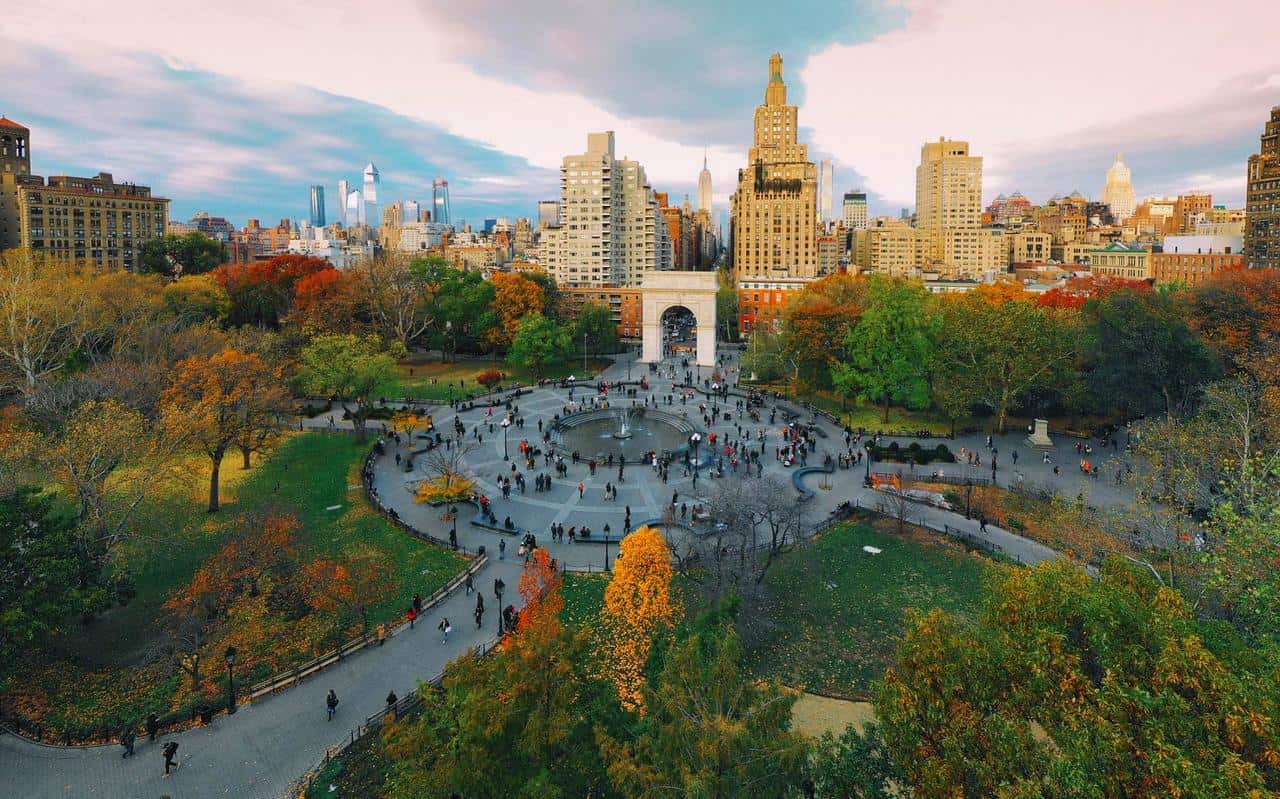 Home to the iconic Washington Square Arch which is located at the northern gateway of the park, this is a neighborhood landmark which embraces nonconformity. Less green than other parks on this list, it is a popular meeting place in the Greenwich Village neighborhood of Lower Manhattan.

A center of cultural activity in the area, many artists and students gather here on a regular basis. If you want to experience New york as a resident and not a tourist, take a stroll through Washington Square park.

6. The Hills at Governors Island 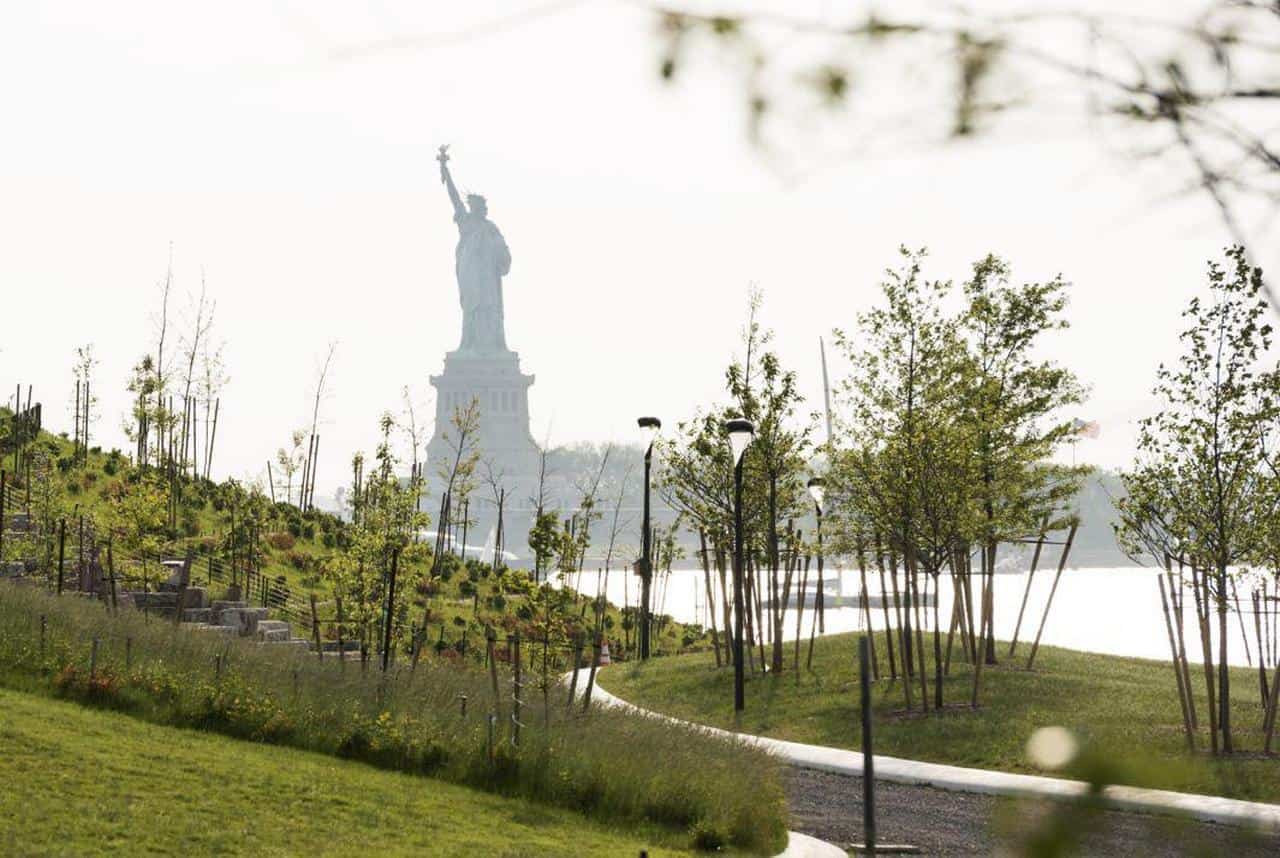 Opened to the public on July 19 2016, this ten-acre park built on a 70 foot hill which sits on an abandoned military base is the newest green space on Governors Island.

You can admire the gorgeous views of the New York Harbour from one of the four hills: Grassy Hill, Slide Hill, Discovery Hill and Outlook Hill. 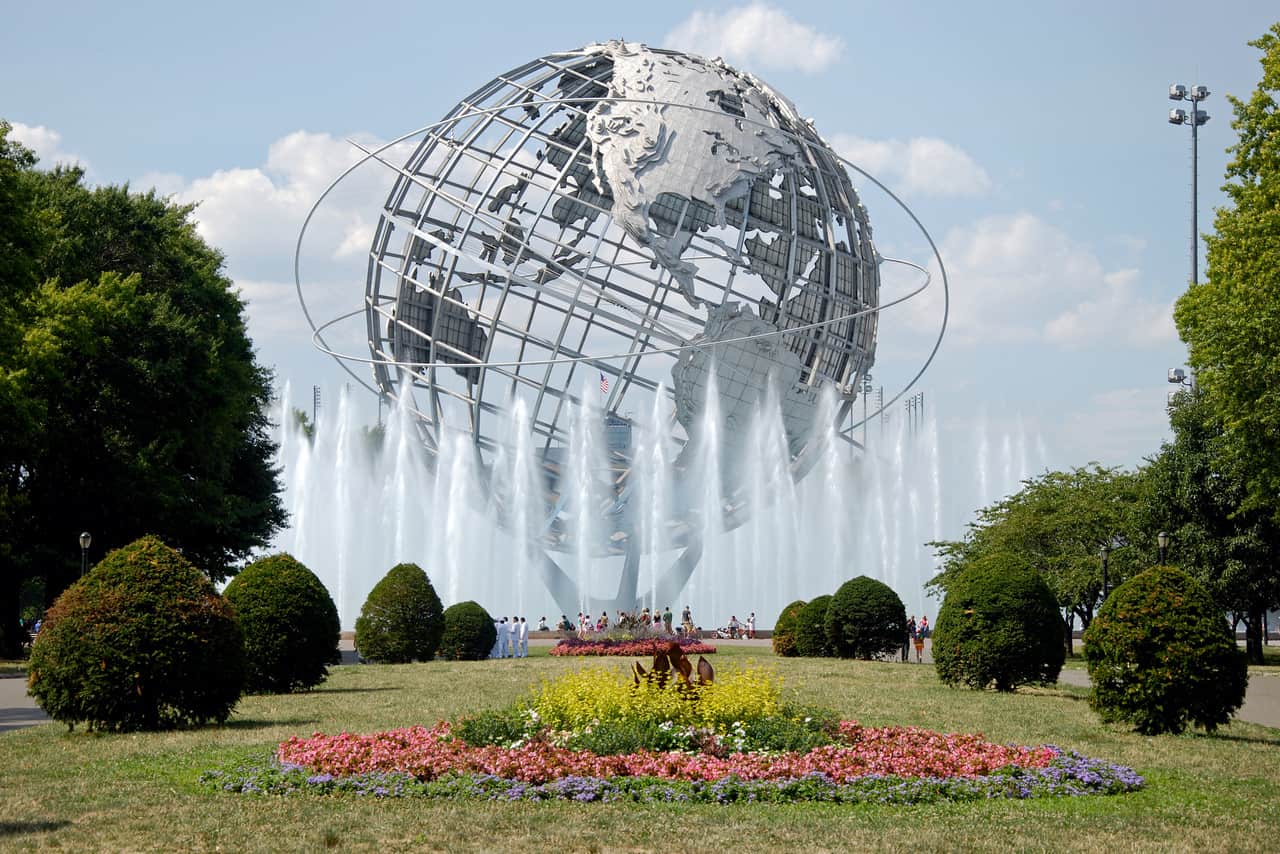 Located in the northern part of Queens between Grand Central Parkway and Van Wyck Expressway this is one of the most iconic parks in the city of New York. Well Known for the Unisphere, the giant steel globe which was built for the 1964 world’s fair, it is also home to the
New York Hall of Science and the Arthur Ashe Stadium.

The fourth largest park on the island it also hosts a zoo, a skate park, a boating lake, areas for barbecues and picnics as well as an aquatic and hockey center. Definitely lots to choose from! 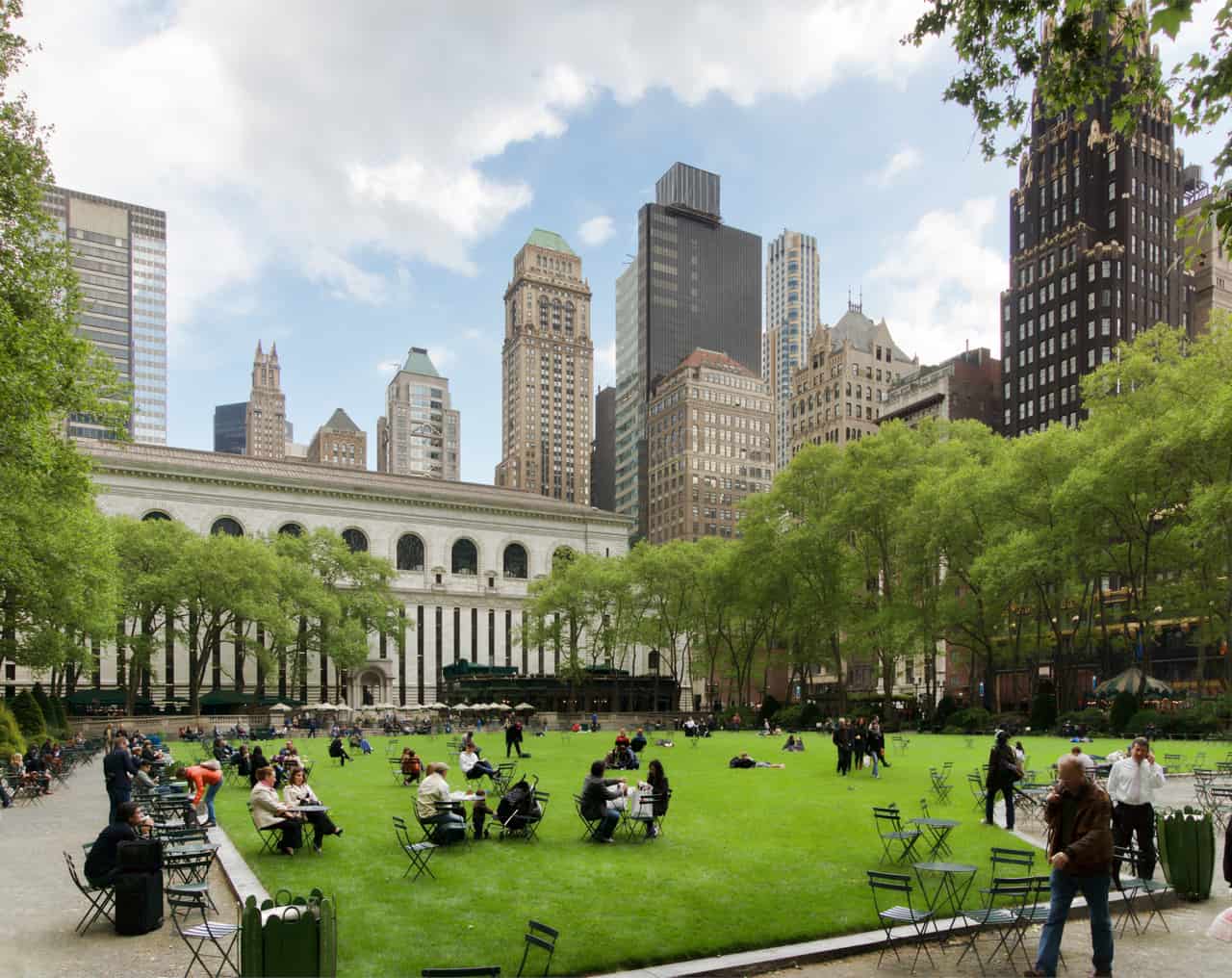 Bryant park is a well-cultivated retreat in the heart of the city situated behind the New York Public Library. It offers a quiet space on most days, but it also bursts with free entertainment in summer, movie nights and pop-up shops.

In winter you can skate on the outdoor rink or browse through the Bank of America Winter Village. 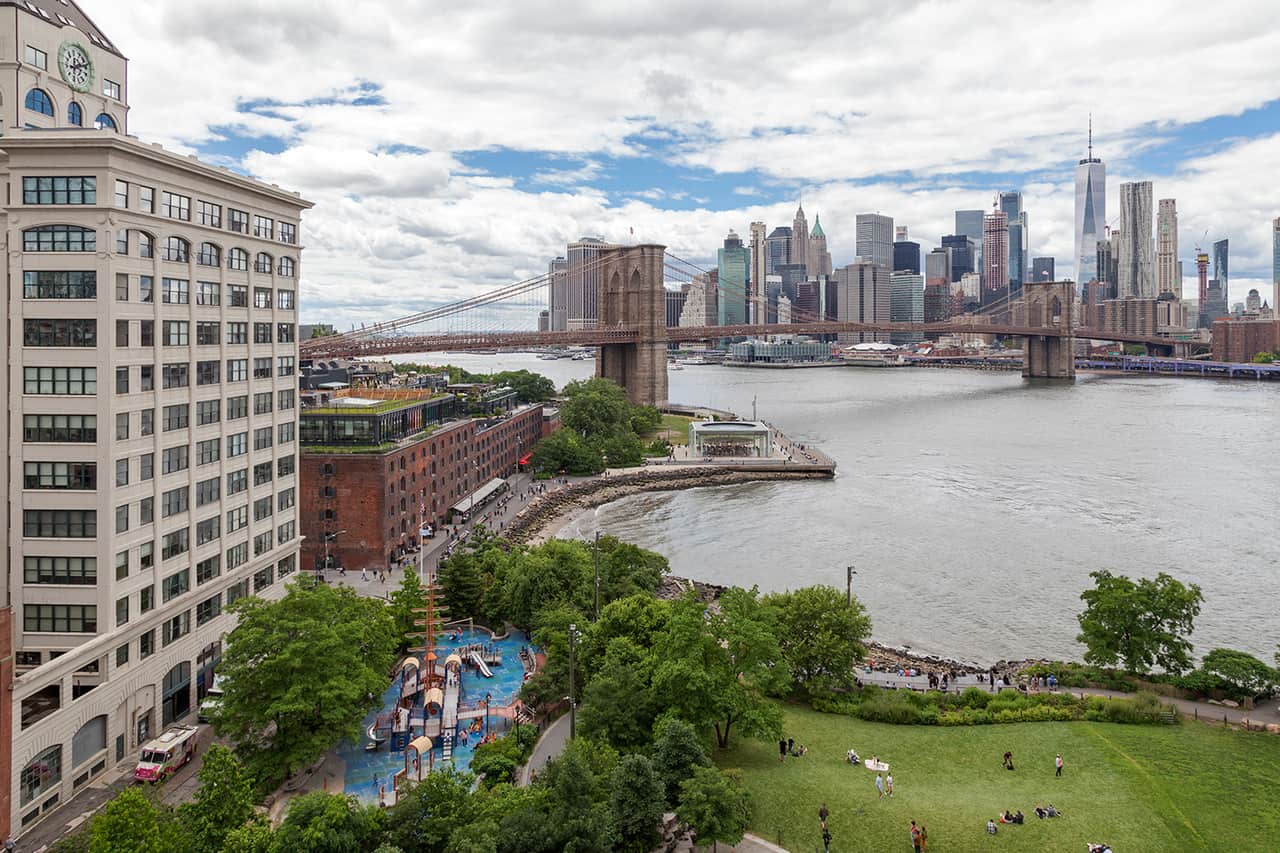 A waterfront park along the East river in New York City, it is open 7 days a week, 365 days of the year and free of charge for anyone. 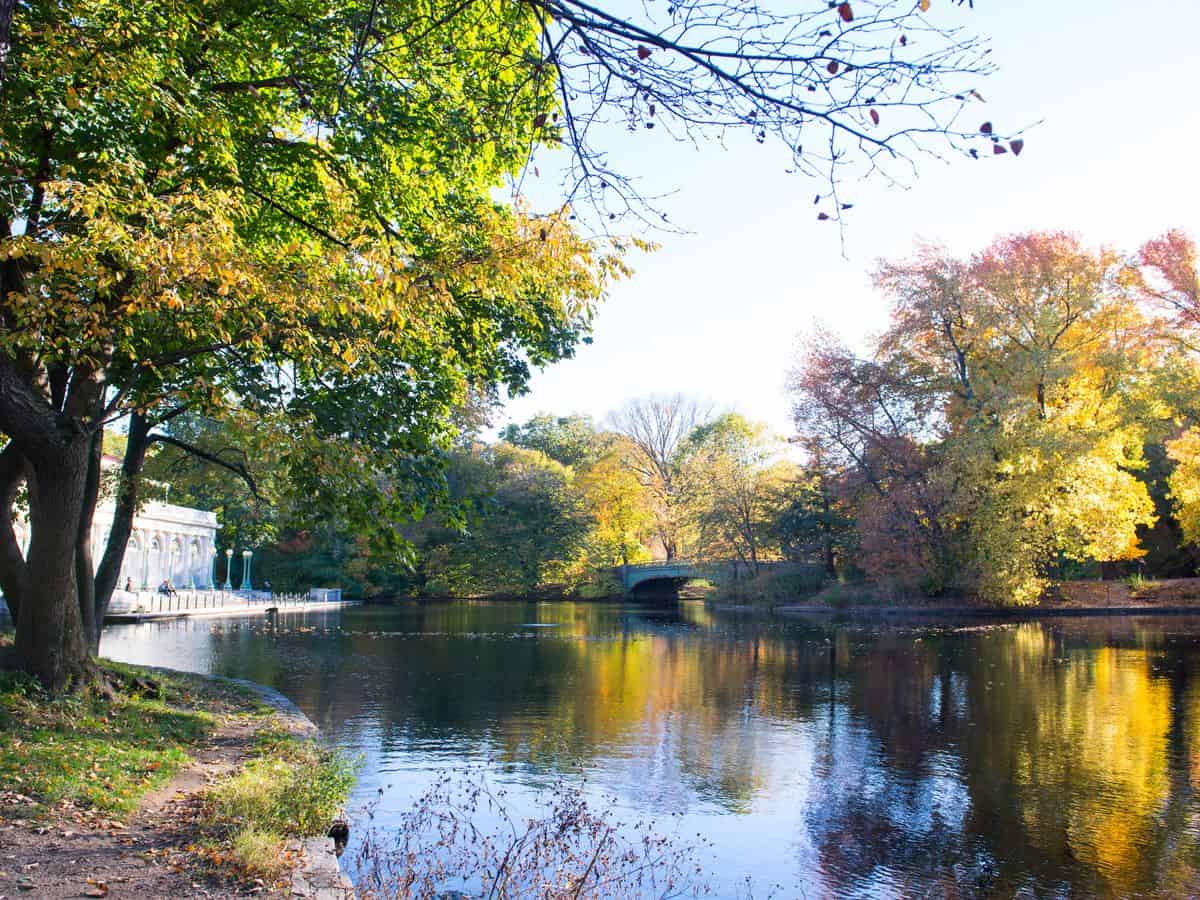 One of the oldest parks on the island of New York, this urban park is located in Brooklyn and it is close to the Brooklyn Botanic Garden and the Brooklyn Museum. Some of its main attractions are the Long Meadow, the Picnic House and the Prospect zoo.

For the sports enthusiasts there are tennis courts, basketball courts as well as baseball and soccer fields. 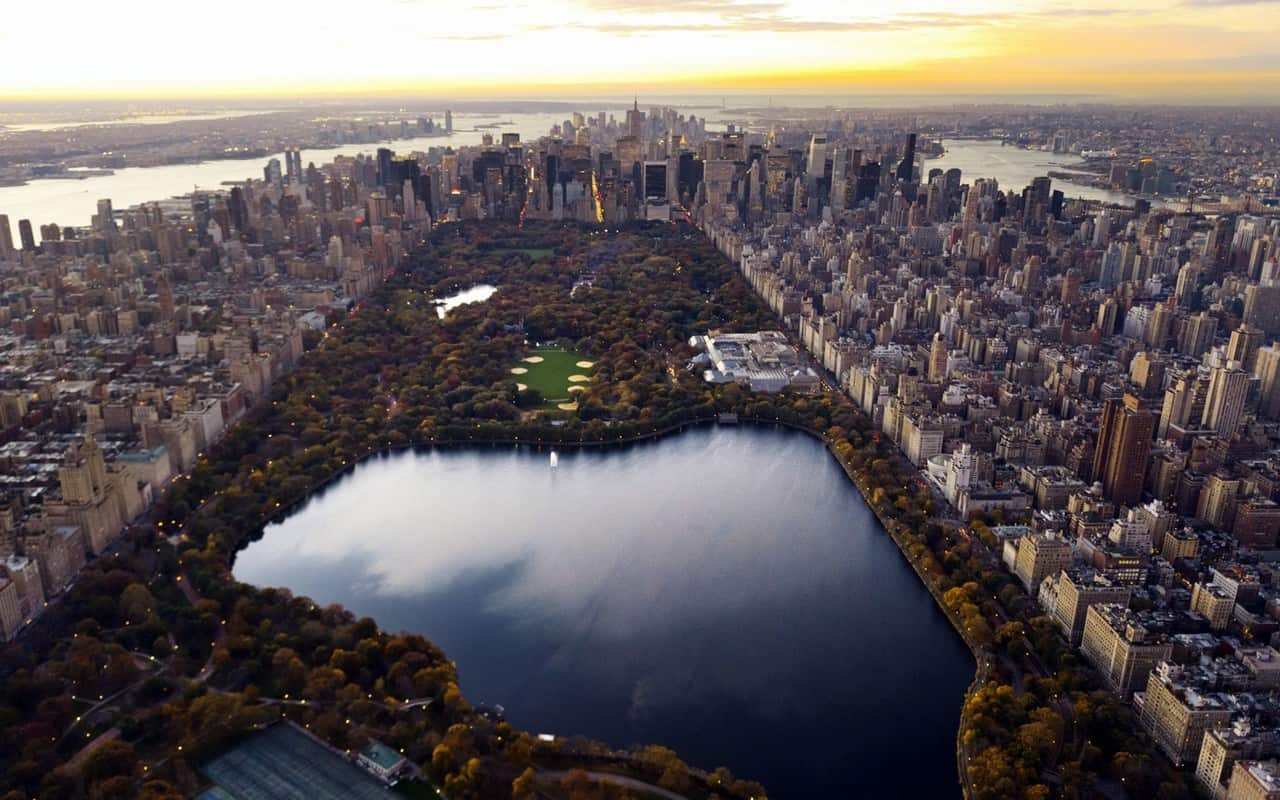 When you think of New York City, Central Park automatically comes to mind. The most famous park not only in New York but probably in North America, Central Park is featured in numerous movies. It is the heart of New York City. The largest park on the island is located between the Upper West and Upper East Sides of Manhattan.

From one side to the other it takes about 2 hours of walking at a normal pace. Owned by the NYC Parks, it is always open and free of charge. Its main attractions you must see are the Carousel, the zoo, the Conservatory Garden, Belvedere Castle, strawberry fields and Bethesda Fountain. Of course there are many more, but you can probably save them for a future visit.

Hope you enjoyed this little virtual tour of some of the most iconic green spaces in New York City. Hopefully next year you can actually enjoy them in person! 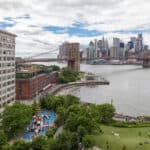 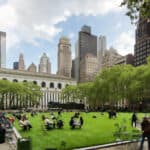 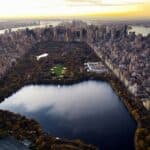 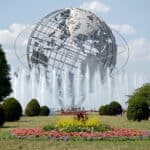 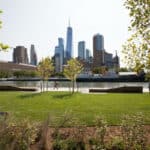 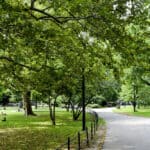 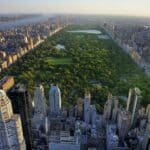 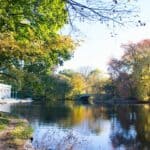 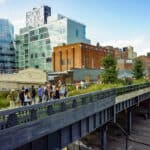 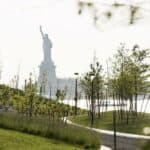 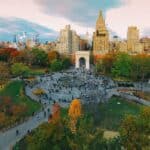