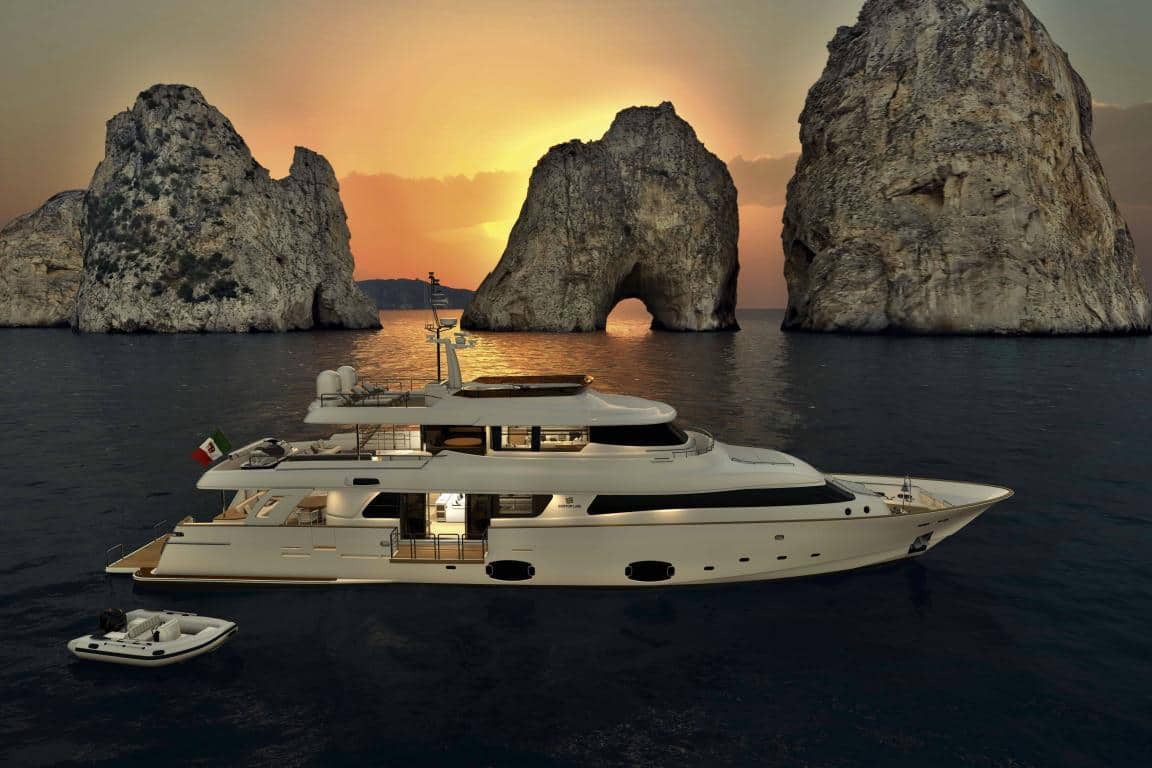 Ferretti Custom Line has recently unveiled their newest project, a new semi displacement yacht with an amazing design which was named as Navetta 33 Crescendo and continues the evolution of this yacht range. It’s name, Crescendo, evokes the universe of classical music, entering the sphere of the highest culture of Italian-made style.

The classical external lines of the new motor yacht blend harmoniously with the contemporary interior design which can be personalized entirely according to the owner’s choices. Future owners can develop their own interior for the yacht aided by architects and designers from the Ferretti Group and choosing from a selection of proposals by top Italian and international companies.

Navetta 33 Crescendo stands out in its segment for her 3 full decks, which are well integrated into the line of the yacht and features many large windows which allow natural light in to illuminate its spacious interiors. The yacht also features a large sundeck which is a brand new feature compared to its predecessor from Ferretti Custom Line.

The large salon on the main deck features a dining area and reduces the visual and physical barriers blocking the view of the sea to a minimum thanks to sliding glazed door and a foldable saxboard. The owner suite is located in a privileged position on the main deck while guest rooms are located on the lower deck.

The yacht has four guest rooms, all with large, open view windows overlooking the sea and it also has the opportunity to separate the beds, turning a double room into a twin. The large upper deck is highly versatile thanks to a system of circular sliding doors and it features a dining area in a position of complete privacy. The new sundeck features a small swimming pool and a sunbathing area.

Twin MAN V12 engines producing either 1,400 horsepower or 1,550 horsepower can be equipped on the yacht taking this boat to a top speed of 20 knots and to a cruise speed of 16.5 knots. 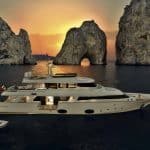 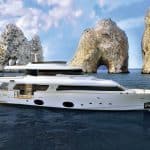 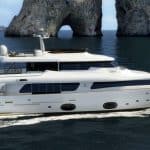 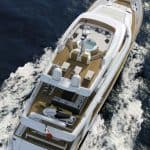 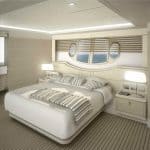 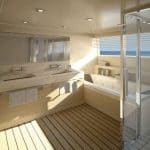 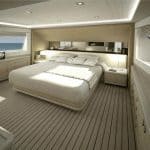 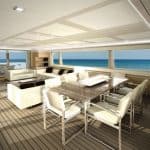 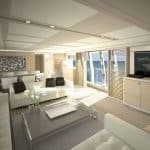 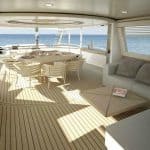 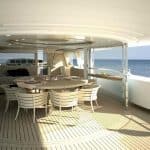