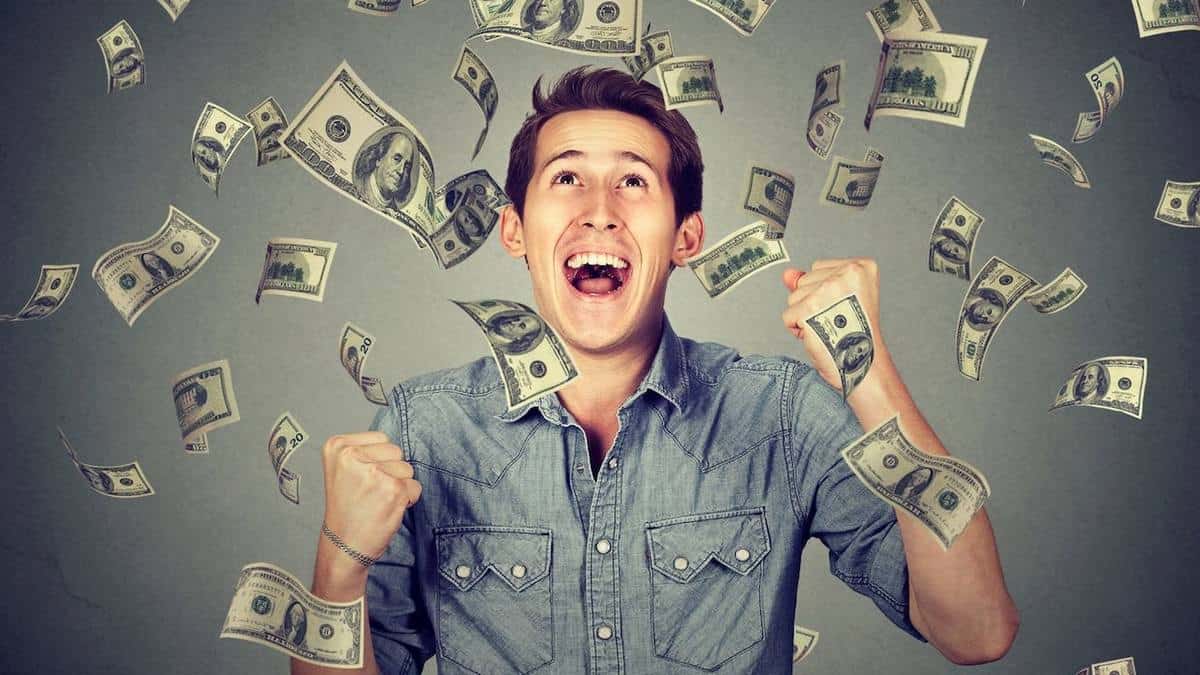 Every single one of us have dreamt of hitting that big jackpot and changing our lives forever. From a regular Joe to Joe ‘Big Bucks’ Malone is a journey we all dream of. And a few of us have actually managed to hit that big one. But surprise, we are human, after all, and big bucks don’t always translate into a happily ever after story.

Here we list for you stories of some of the biggest lottery wins and what happened to the lives of the people who won them. Some of these are feel-good stories, of people who won big and remained themselves, and then there are stories of those who won and lost their way.

Andrew ‘Jack’ Whittaker Jr: The Man Who Won and Lost It All 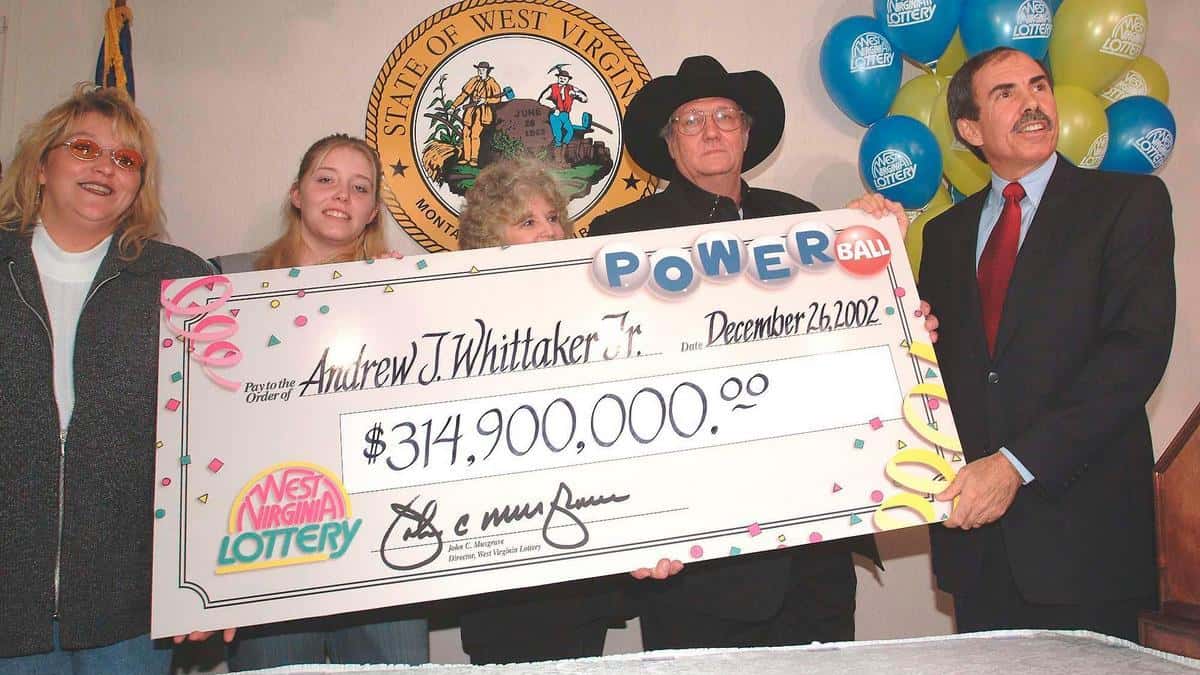 The story of Andrew ‘Jack’ Whittaker is one that makes your heart go slow. Andrew had it all even before he won the lottery: he had a construction company that was valued at over $17 million. Life seemed to just keep getting better, because he then also ended up winning the Powerball Lottery, worth a whopping $314.9 million. It seemed like nothing could go wrong for him, and for a while it didn’t.

Its quite unimaginable that you can lose this much cash

He gave 10% of his lottery winnings to charity and being the generous man he was, also bought a house and a car for the shop assistant from whom he had bought his lottery ticket. And then things started going wrong, dreadfully. He succumbed to the lure of money and got hooked on gambling and drinking. And with it came bad luck too: $500,000 that he had carelessly left in his car got stolen.

Things got worse when his bank account got cleaned up: someone used the oldest trick in the book – forged checks to do this. He hit the depths when his house, which was uninsured, burnt down in 2016. By the time the smoke and haze had cleared from his life, in 4 years, he went from being the magic story to someone with no money and a casino debt of 1.5 million.

Brad Duke: The Man Who Kept it All 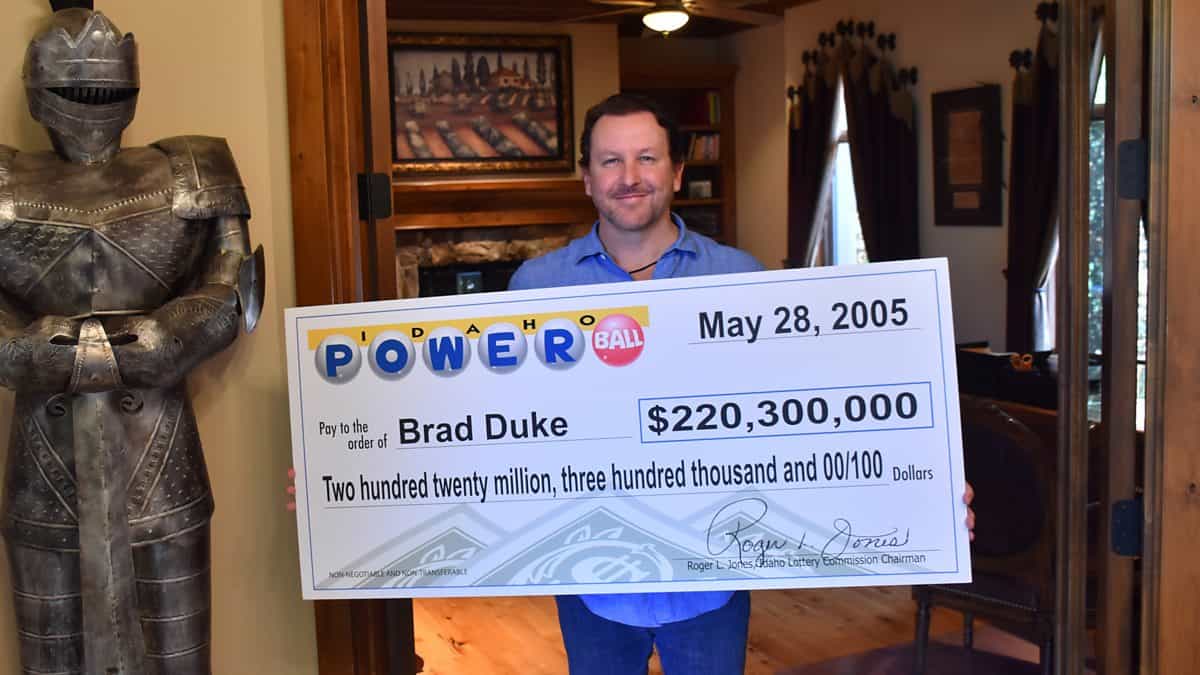 Another man who was already doing well when he won his lottery ticket was Brad Duke from Idaho. But his story is different from Whitaker’s, simply because he kept his head on his shoulders and made much more out of what he won.

Brad Duke didn’t need a lottery ticket to change his fortunes – he had a decent amount by way of earnings anyway thanks to the 5 Gold Gym fitness centers he was the franchise owner of. His big lottery win came when he won the Idaho Powerball in May, 2005. His goal at the time of the win was simple: raise $1 billion and help those that needed it.

He didn’t get carried away by the win, probably because he was used to money anyway. He invested his winnings in real estate and bonds and over time managed to increase his winnings more. And all the while he still ran his gyms and also engaged in charity work.

Karl Crompton: The Rollover Romeo Who Steadied His Ship 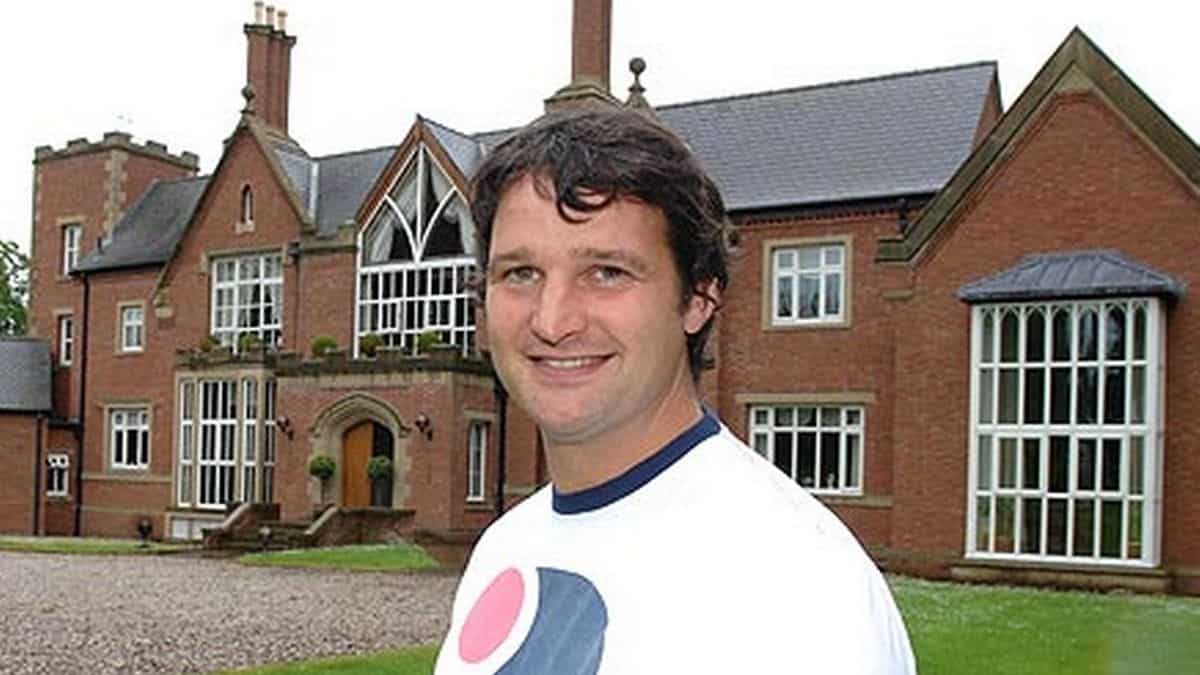 Another interesting story is that of Karl Crompton from the UK. Crompton was good-looking and so when he won the National Lottery in 1996, he was an instant hit with the paparazzi. And for good reason too – he had managed to hit the ball out of the park for a cool £11 million. He went on a partying and spending spree, buying expensive stuff and throwing wild parties for all. The media was quick to latch on to the story and gave him the moniker ‘Rollover Romeo’.

Binge spending and partying are never a good combination, and this seemed to be another story spiraling towards tragedy, when somehow good sense prevailed. Having spent some of his winnings, he managed to get his act together and invest the rest in good old real estate. That was the trigger for the good times to come calling again. He managed to not only earn back what he lost and more, but also ended up marrying his former classmate, with whom he now lives. 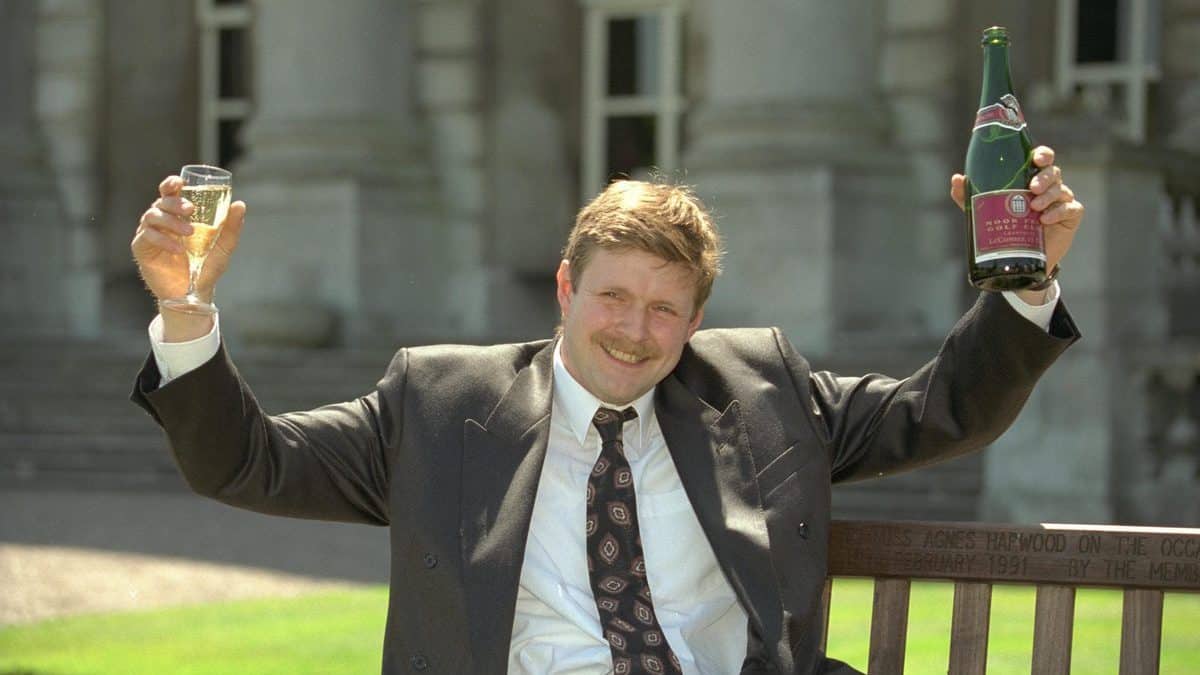 The story of David Ashcroft is worth reading, and many times over. This was a man who didn’t for a second let his new-found wealth and fame get to him. He won the lottery in Britain in 1997, and a pretty packet it was too – all of £12 million. But there are some people who don’t let money affect their nature, and David was one of them.

He kept going as usual, no new fancy stuff to show off his new-found status as the rich kid in the block. He continued on as a furniture restorer; all he bought himself was a truck for work and a Mitsubishi sedan. Other purchases were true to his nature as well – a sedan for his folks and some money spent on repairing his veranda.

And he did something even more staggering as well – he bought himself a Ferrari that he actually gave away to his relatives. All of this earned him the title he is known by – The Secret Millionaire. And no, he hasn’t changed his ways one bit.

Jane Park: The Young and the Restless 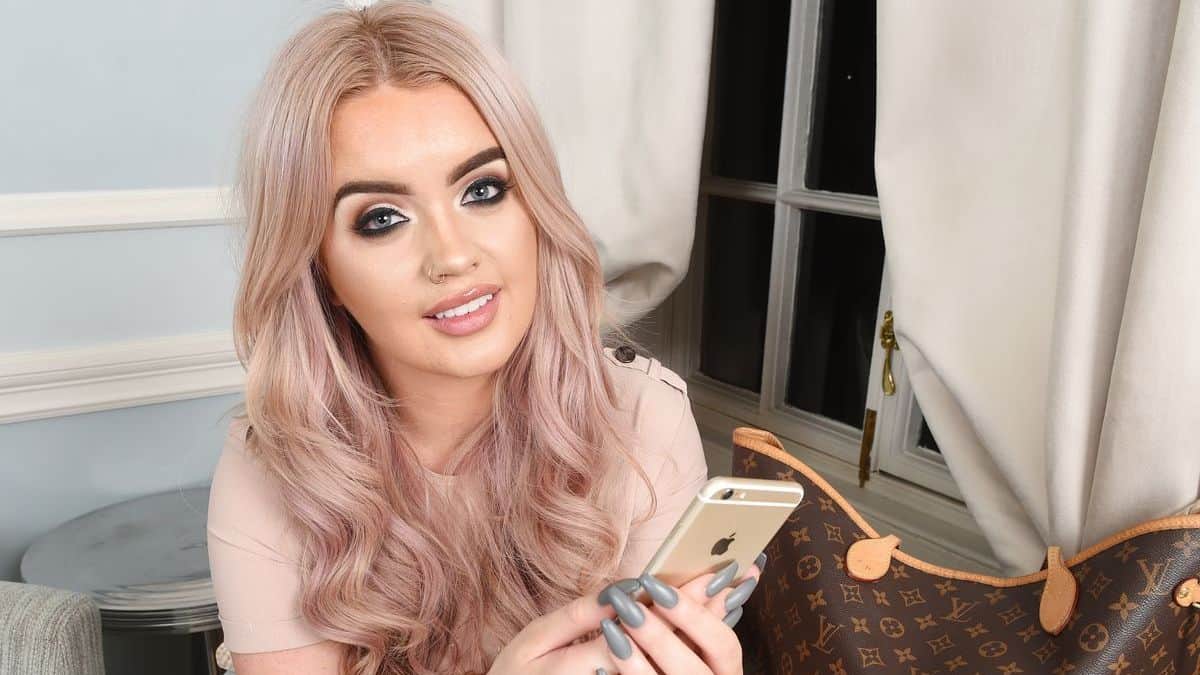 Jane Park was the youngest winner of a big lottery ticket in the history of lottery wins. She won the EuroMillions when she was all of 17. And she won pretty big too – a cool £1 million. And Jane did what probably every young girl who won big would do – went on a spending spree.

But things spiraled from there: she received lot of hate from people around and actually went to the extent of hiring personal bodyguards for her protection. She was so impacted by it all that she actually contemplates suing the lottery company for the distress that she had to experience. She has actually publicly gone on record saying that her life would have been much better if she had actually not won.

So Money is Not Always the Answer

These are examples of how having all the money in the world cannot buy you happiness. However, I think many of us are willing to take that risk!