Electronic music has seen an incredible rise in recent years, with the very best DJs earning more than established pop stars and iconic rappers. To showcase this industry’s ascendance and get the full picture of how far some of these artists have come, we’re presenting a list of last year’s most successful DJs, featuring the top 10 highest paid artists from the electronic music scene.

Known for his theatrics on stage, the 36 year old American DJ is not only talented, but also really dedicated to his trade. Sometimes managing to play two shows a day while on tour, Aoki can boast nearly 270 shows last year. This incredible stamina has definitely not hurt his bottom line. His father is Rocky Aoki, the founder of the Benihana chain of restaurants, and Steve definitely takes after him when it comes to his entrepreneurial spirit, being the owner of several restaurants and night clubs, as well the founder of record label Dim Mak Records. 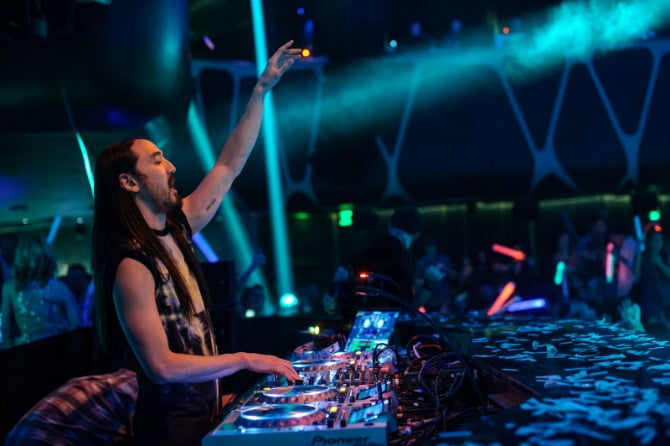 Mostly known for his thumping, energetic sound, but also for his distinct side-mullet, there’s certainly more to Skrillex than just his unusual appearance and idiosyncratic sound: this American DJ has already won six Grammys at just 26 years of age. He earns six figures a night on live performances, mostly at the Las Vegas nightclub Wynn’s XS, where he has a residency. Skrillex has also released a number of successful recordings, most notably his fourth EP called Bangarang, and has even received an Annie Award for the original music to the Disney animated film Wreck-It Ralph. 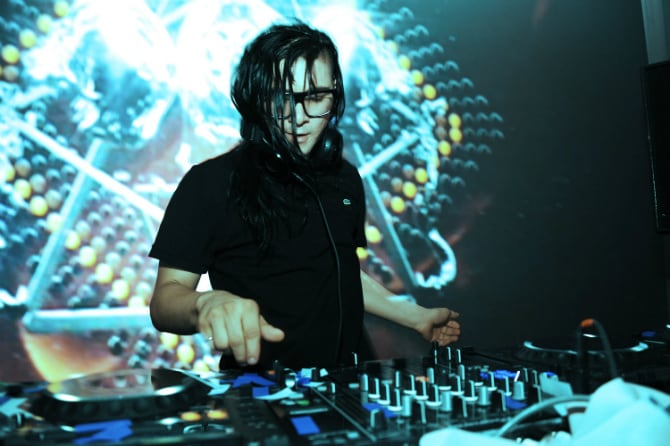 Widely recognized as one of America’s best DJs, Kaskade started honing his skills in his dorm room in his late teens. Now in his early 40s he is an established name in the industry, regularly performing at Cosmopolitan’s Marquee, in Las Vegas. He played more than 130 shows last year, mostly as a part of the Freaks of Nature tour, promoting the album Fire & Ice. 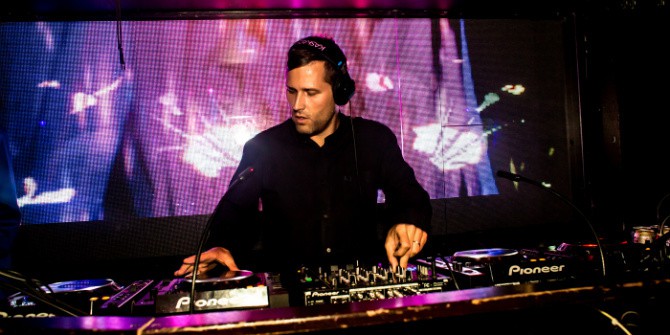 Legendary Dutch trance master Armin van Buuren is one the greatest DJs ever, topping the charts more than anyone else in his trade. His international appeal is undeniable, having performed nearly 120 shows during last year, from Kuala Lumpur to Oakland. The most prestigious appearance has to be the one at the coronation of King Willem-Alexander of the Netherlands, where he was the headline act and performed in front of a live audience with the Royal Concergebouw Orchestra (widely regarded as the best symphonic orchestra in the world). 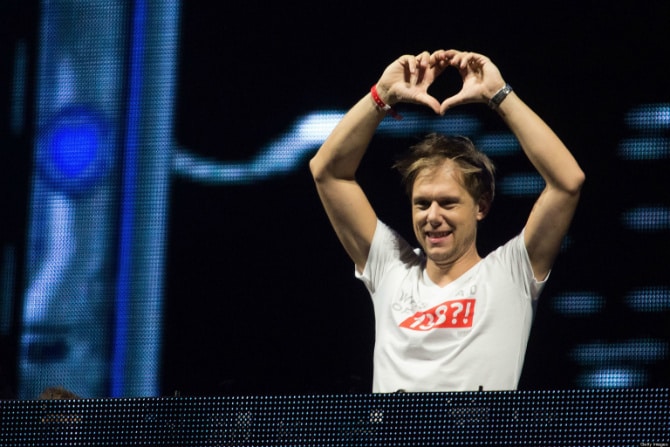 Another talented Dutch DJ, Afrojack is, at only 26 years of age, one of the most notable names in electronic dance music. He achieved prominence on the international scene in 2011 with the release of ‘Take Over Control’, an instant hit which reached platinum status in the US. Since then he has teamed up with the likes of Pitbull and David Guetta, and has started his own record label called Wall Recordings.

Since his breakout in 2011 Afrojack has also been a resident at the Wynn Hotel in Las Vegas, where he would perform a dozen times a year, a lucrative deal which ended recently with the Dutchman moving to the equally iconic club Hakkasan. 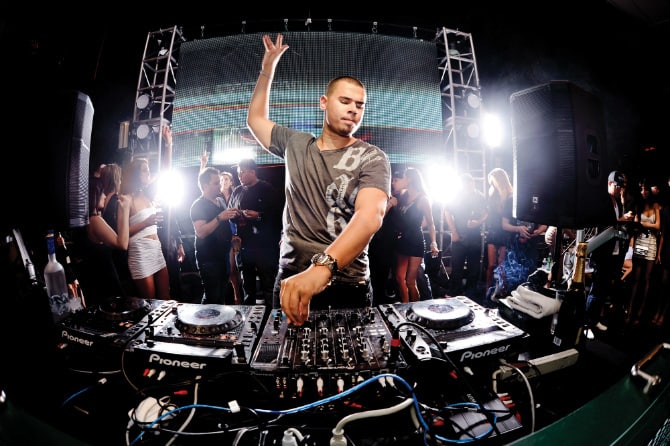 The 24 year old Swedish DJ is our youngest on the list. He began his career while still in his teens, learning to produce music using pirated software, and in 2012 he already had a Grammy  nomination for a collaboration with David Guetta. But Avicii has really made waves on the international scene with his 2013 hit “Wake Me Up”, one of last year’s most popular songs.

It’s also worth mentioning that Avicii is using a lot of his wealth to fund various charities, most notably donating $1 million to a hunger-relief organization. 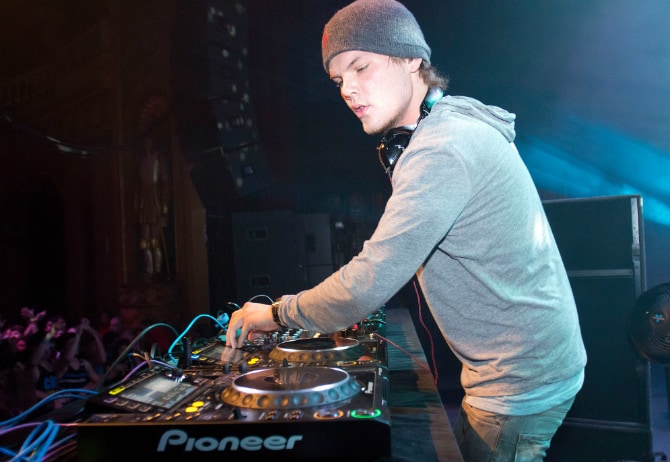 Deadmau5 is a Canadian dance music DJ, though he doesn’t like to be referred to as one, seeing as there aren’t actually any disks involved. Regardless, the mouse-helmeted performer has been extremely successful recently. Even though he doesn’t play nearly as many shows as some of his peers, the $200,000 per night he receives from Hakkasan certainly adds up. Other sources include his chart-topping records, his own label called Mau5trap and also merchandising. 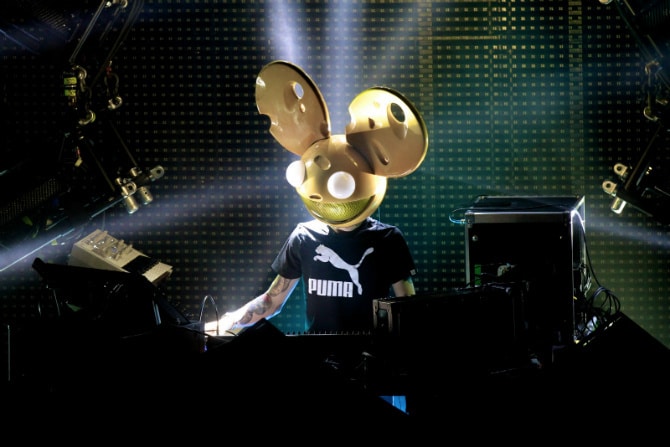 David Guetta has been making music since some of the other names on this list were still in kindergarten, and at 46 he is the oldest on our list.

He started his career in the mid-1990s, playing in a number of Paris clubs, before enjoying international success at the beginning of the following decade. It’s been “up & away” ever since, with a number of huge international hits and collaborations with artists performers like Usher and The Black Eyed Peas. His popularity shows no signs of waning, with over 120 appearances last year, including supporting gigs for Rihanna, in addition to a weekly residency at Ibiza’s Pacha. 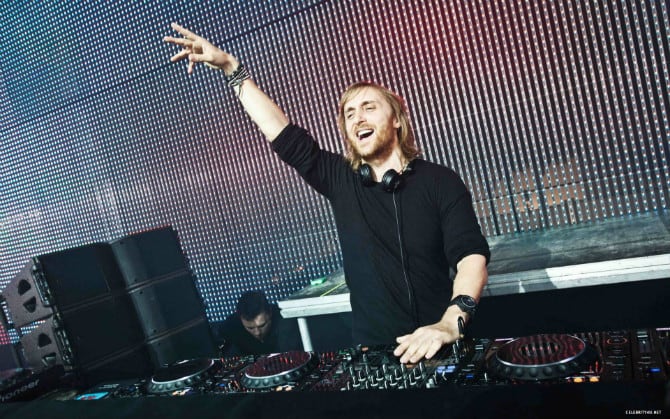 At 45, the Dutch DJ Tiësto is one of the veterans on the list, and although he’s seemingly been on the scene forever, he’s showing no signs of stopping, with 140 shows just last year.

After years of residency in Ibiza, Tiësto wanted a change of setting and a new challenge, and he certainly got it! He has crossed the Atlantic and is now a regular at Las Vegas superclub Hakkasan, a move that has without a doubt been extremely lucrative. Even thought last year he came only 2nd in earnings, Dutch legend Tiësto is actually the world’s richest DJ right now with a total networth estimated at around $75 million. 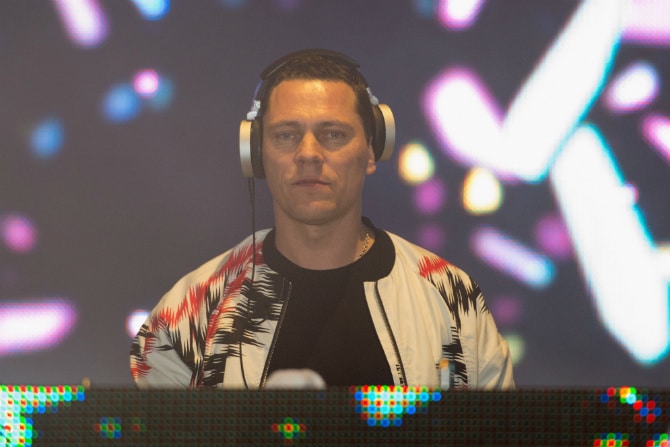 Calvin Harris has definitely gotten used to topping charts in recent years, and he’s our number one grossing DJ with an impressive $46 million in earnings. The 30-year-old from Dumfries, Scotland has been on top of the world recently, boasting some incredibly successful tracks in addition to a profitable deal to play over 70 shows at the Hakkasan over the next couple of years.

Discovered in 2006 on MySpace of all places (I know, what’s that?), Calvin Harris went on write and produce track with artists such as Kylie Minogue, Sophie Ellis Bextor, Cheryl Cole, Dizzee Rascal and Rihanna (on the hugely popular “We Found Love”). His earnings last year were boosted by the fact that he had an impressive nine top 10 hits on the UK Singles Chart, surpassing the legendary Michael Jackson and simultaneously making history. 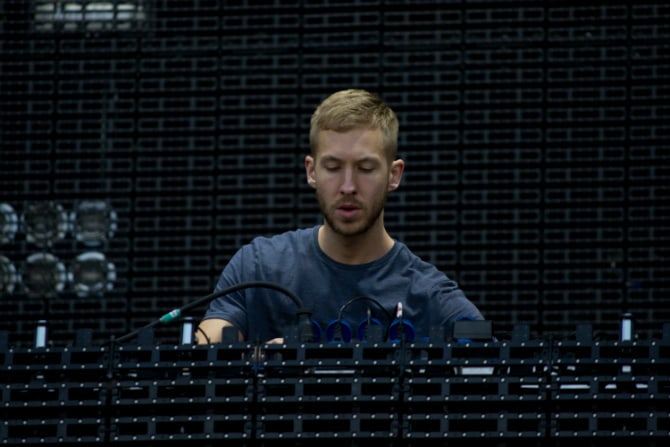