The Top 10 Largest Diamonds in the World 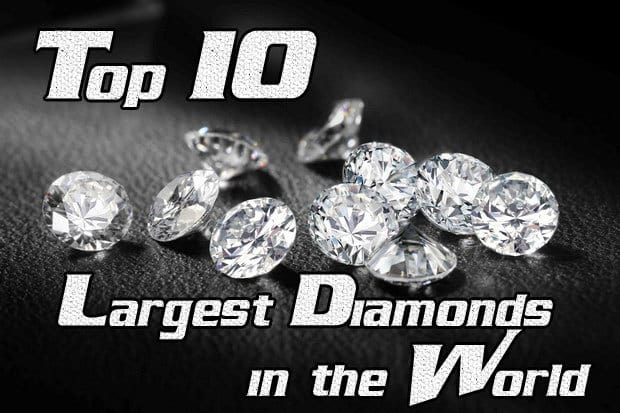 Throughout time wealth and power has often been measured in the ownership of some of the world’s most valuable and desirable diamonds, gemstones and other precious metals.

A lot of large and exquisite diamonds have gained fame, both as extraordinary examples of the beautiful nature of diamonds, and also because of the famous people who wore, bought or sold them. Some of these diamonds were sold on auctions for over $10 million and that says a lot about how valuable diamonds are.

Below you’ll find some of the most famous diamonds of all time in this top 10 list of the largest diamonds in the world right now. 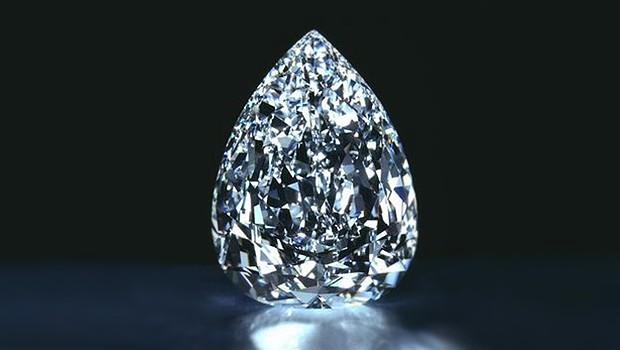 The awesome 203.04 carat gem is the world’s second largest known Grade D Colorless diamond. The Millennium Star is an internally and externally flawless, pear-shaped diamond owned by De Beers. It was discovered in the Mbuji-Mayi district of Zaire (Democratic Republic of the Congo) in 1990 in alluvial deposits and cut from a 777 carat original stone. The finished diamond was first displayed in October 1999 as the centerpiece of the De Beers Millennium diamond collection. It’s value is unknown but the stone was insured for £100,000,000. 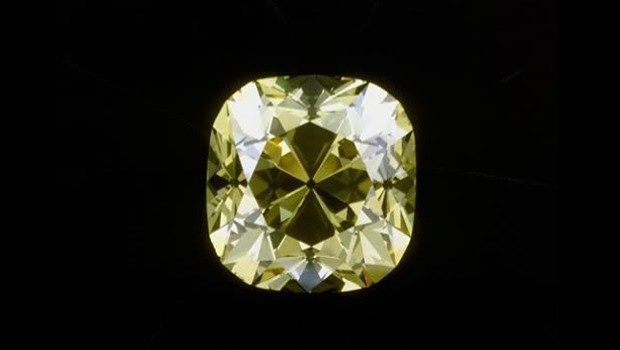 The beautiful canary-yellow diamond was found in the Kimberly mines, South Africa, back in 1901 and it was presented as a gift from the British Red Cross Society to the 1918 art sale held in London by Christies. The 205.07 carat diamond has a distinctly visible Maltese Cross in the top facet hence the provenance of its name. The value of this gem is estimated at a staggering £2,000,000 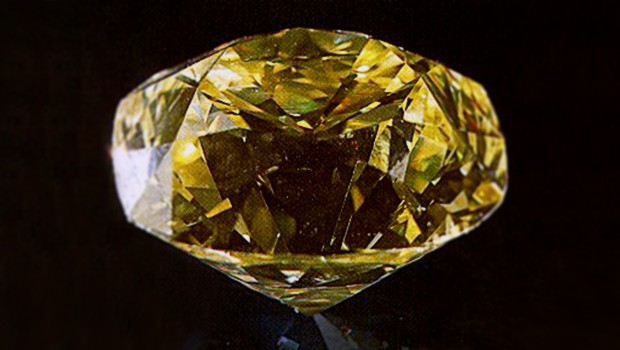 The 234.65 carat, De Beers Diamond was found in the Kimberly mines back in 1888. Originally weighing 428,5 carats, the De Beers diamond was the largest diamond found at the four mines during the time period. It isn’t known where the diamond was cut, but it’s likely that this fine work was done in Amsterdam. Notably, the 8th largest faceted diamond in the world was set as the centerpiece of a ceremonial necklace designed by the House of Cartier in 1928. The Patiala Necklace, as it was known from then on, was made for and named after Bhupinder Singh of Patiala, the then ruling Maharaja of the state of Patiala. The value of this diamond is unknown. 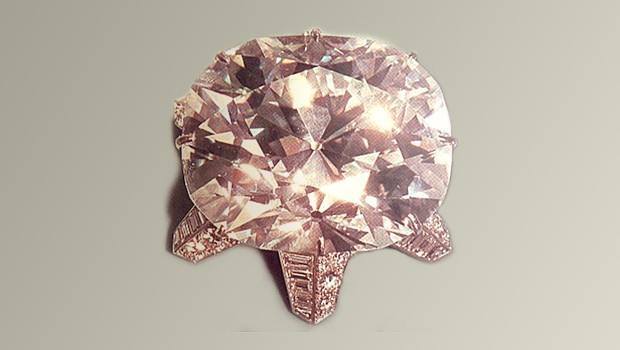 The original stone, weighed 650.80 carats and was found in 1895 in the Jagersfontein Mine in South Africa. An irregular octahedron without definite faces or shapes, the rough stone turned into a 245.35 carat superb diamond of exceptional purity and size. Originally known as the Reitz Diamond, the colourless, cushion-shaped gem was renamed to honour the 60th anniversary of the coronation of Queen Victoria in 1897. Rated as an E-grade colourless diamond, its value is unknown. 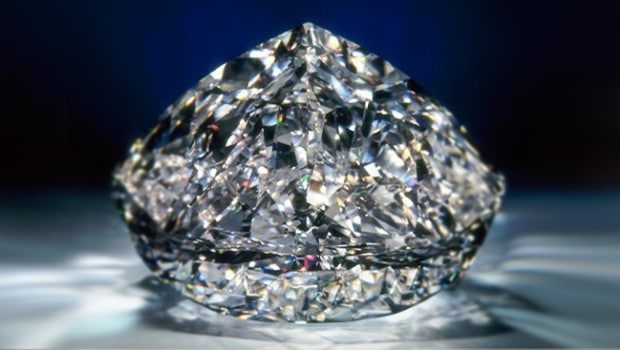 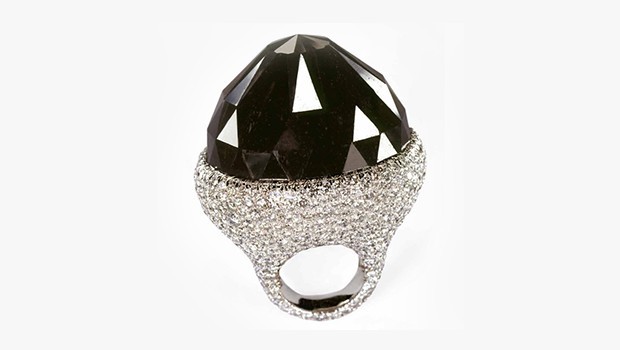 At 312.24 carats, The Spirit of de Grisogono is the world’s largest cut black diamond. The stone was found in west Central Africa and before cutting, it weighed 587 carats. It was later brought to Switzerland, where it was cut by Fawaz Gruosi using the traditional Mogul diamond cutting technique. The precious stone is set in a white gold ring, encrusted with 702 smaller white diamonds that total 36.69 carats. There is no information on the whereabouts of the precious stone or the identity of its current owner. 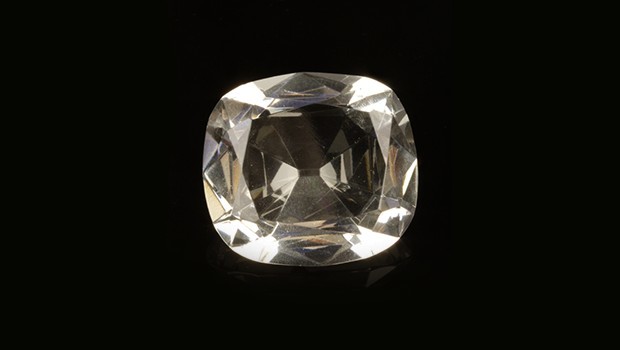 The second largest gem cut from the Cullinan stone, Cullinan II or the Lesser Star of Africa, weights in at 317.4 carats and it’s the fourth largest polished diamond in the world. The original diamond was named after Sir Thomas Cullinan, who opened the Premier mine in South Africa, from which the Golden Jubilee Diamond was also excavated. The Cullinan II Diamond is the massive flawless D-color gem in the center-front of the Imperial State Crown of Great Britain. Its value has been estimated to be around $200 million. 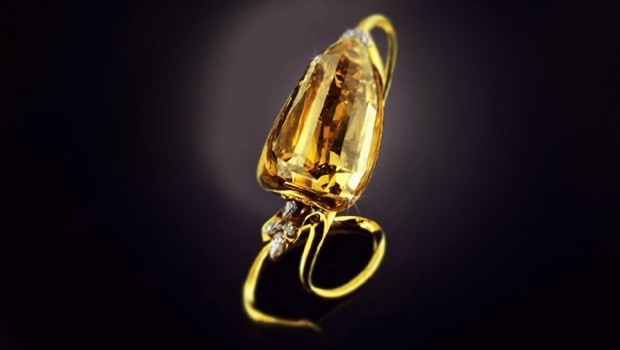 Weighing in at 407.48 carats, the Incomparable Diamond was found in 1984 by a little girl that was going through a pile of rubble from the nearby MIBA Diamond Mine in the Democratic Republic of Congo. With a weight of 890 carats before cutting, the stone was the largest brown diamond in the world but it was later reduced to 407.5 carats (81.5 g) for the sake of having fewer internal flaws. Fancy brownish-yellow in color, the gem measures 53.90 × 35.19 × 28.18 mm and it was designed by a team led by Marvin Samuels. The value of this rock is around $20 million. 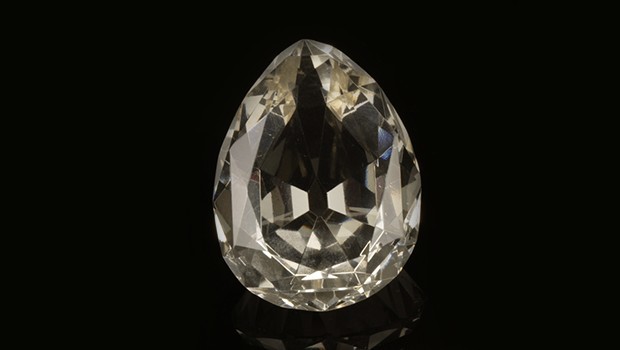 The Cullinan Diamond is the largest rough gem-quality diamond ever found. Shaped in the form of a pear, it weights 530.20 carats, it measures 53mm x 44mm x 29mm and it has 76 facets. The Cullinan I is the largest of nine stones cut from the original 3106 carat Cullinan Diamond. Also known as the Star of Africa, the diamond has a perfect white colour or a flawless D-color and it’s value goes up to almost $400 million. 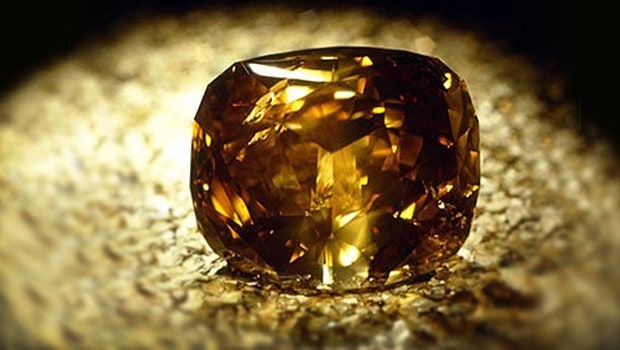 At 545.67 carats (109.13 g), The Golden Jubilee Diamond is currently the largest faceted diamond in the world. The gem was discovered in 1985 in the Premier mine in South Africa and it was cut by Gabriel Tolkowsky (who also designed the flawless Centenary diamond). The value of the Golden Jubilee diamond is estimated between $4 – $12 million.