Tax havens, the countries where many entrepreneurs choose to invest their money to pay less tax, are often seen as another way to hide money and properties, but in fact, tax havens are just offering a more relaxed taxation system.

An impressive part of the private wealth in the world, between 21 and 32 trillion dollars has been invested in tax havens until today, and these estimated amounts don’t even include investments made in art pieces, yachts, real estate or gold bullions. Making investments through a company registered in a tax haven or simply protecting assets through a holding company or a trust is perfectly legal, as long as companies and individuals pay their taxes, as required by law.

For entrepreneurs, tax havens offer many advantages, ranging from low taxes on capital gains, interests or personal income, while companies or even corporations can save large amounts of money in taxes if they report profits to subsidiaries established in countries with a favorable corporate taxation regime. It may sound a little complicated, but here are the best tax havens to invest in 2018, considering the pros and cons for each of them. 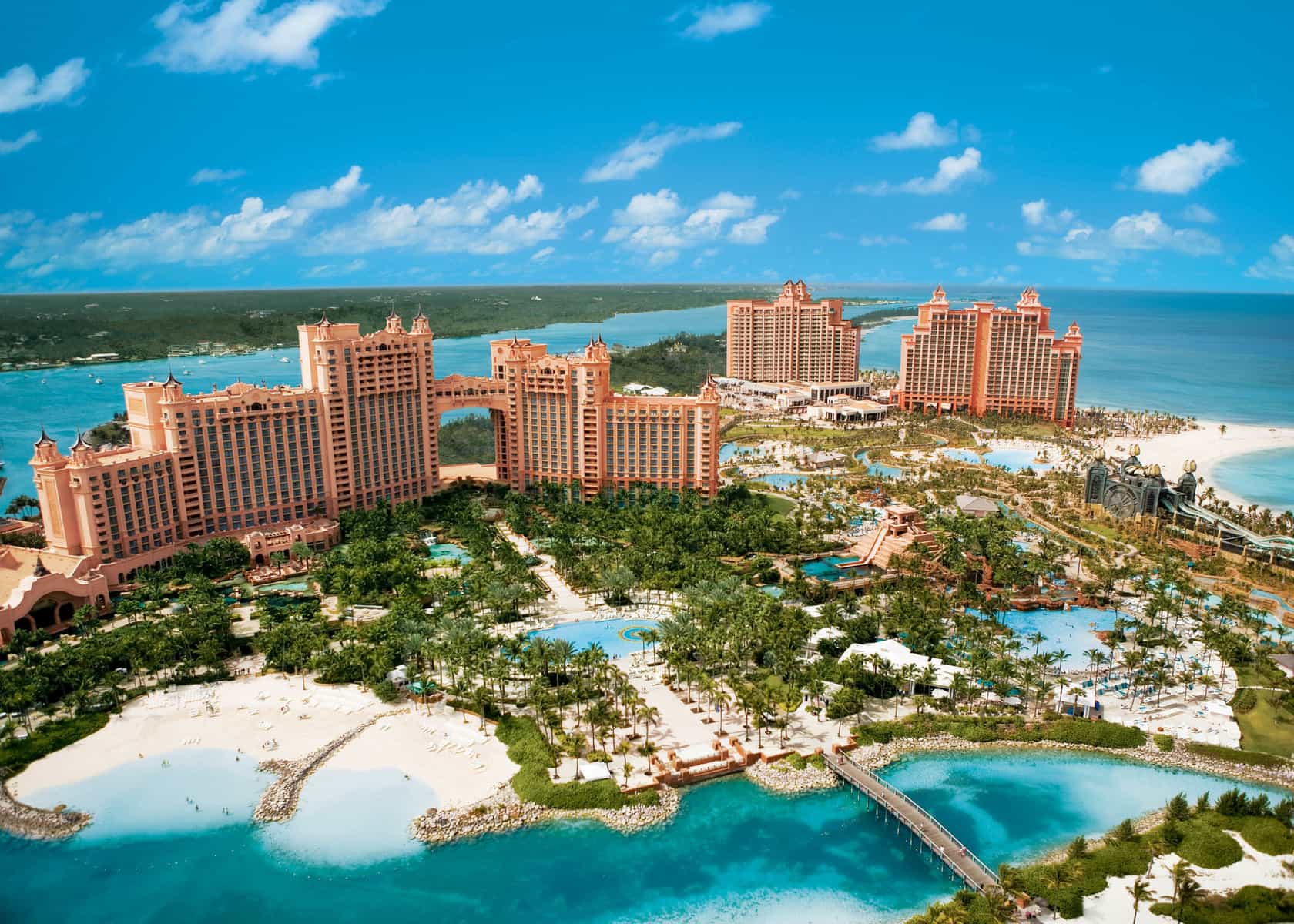 Pros: In the Bahamas, the personal income tax rate is zero. It can’t get any lower than that, right? There is also no wealth tax, no capital gains tax, no withholding tax and various other tax benefits both for individuals and for companies.

Cons: Not everyone can take advantage of a tax exemption on personal income, just those who are also residents of the Bahamas. Obtaining the residence here requires, in particular, the realization of an investment in a local property of a minimum value of $500, 000 (or a minimum of $1,5 million for the accelerated procedure).

The Bahamas doesn’t levy direct taxes, so there are no double tax treaties with other countries, but this tiny country has signed tax information agreements with 29 other countries, including USA, UK and Canada. However, information disclosure is limited to criminal matters. 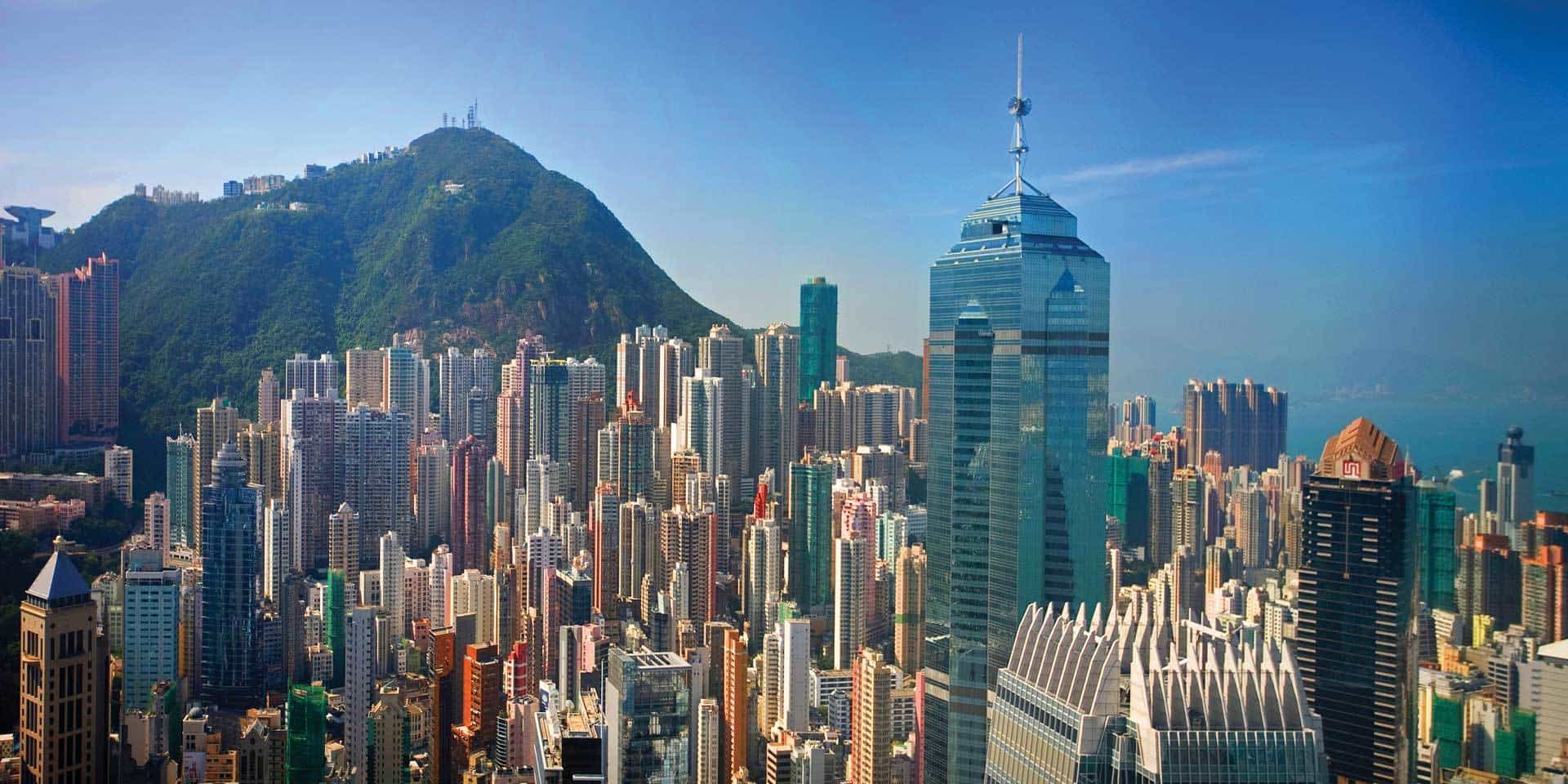 Hong Kong is one of the emerging tax havens, as here assets of 2.1 trillion dollars are managed right now. It has the second largest stock market in Asia, after Tokyo, and shows the highest density of people with fortunes of more than 100 million dollars. Just under half of foreign investment in China went to Hong Kong in 2012 for example.

Pros: Companies incorporated in Hong Kong pay tax only on profits sourced in Hong Kong and the tax rate is currently at 16.5%. There is no withholding tax on dividends paid to foreign shareholders and no tax on capital gain.

Cons: China’s control over Hong Kong hinder initiatives to increase transparency and further enables the holders of bearer securities – instruments for some of the most harmful criminal activity – to remain unidentified. This damages somewhat the credibility and the reputation of companies registered in Hong Kong. 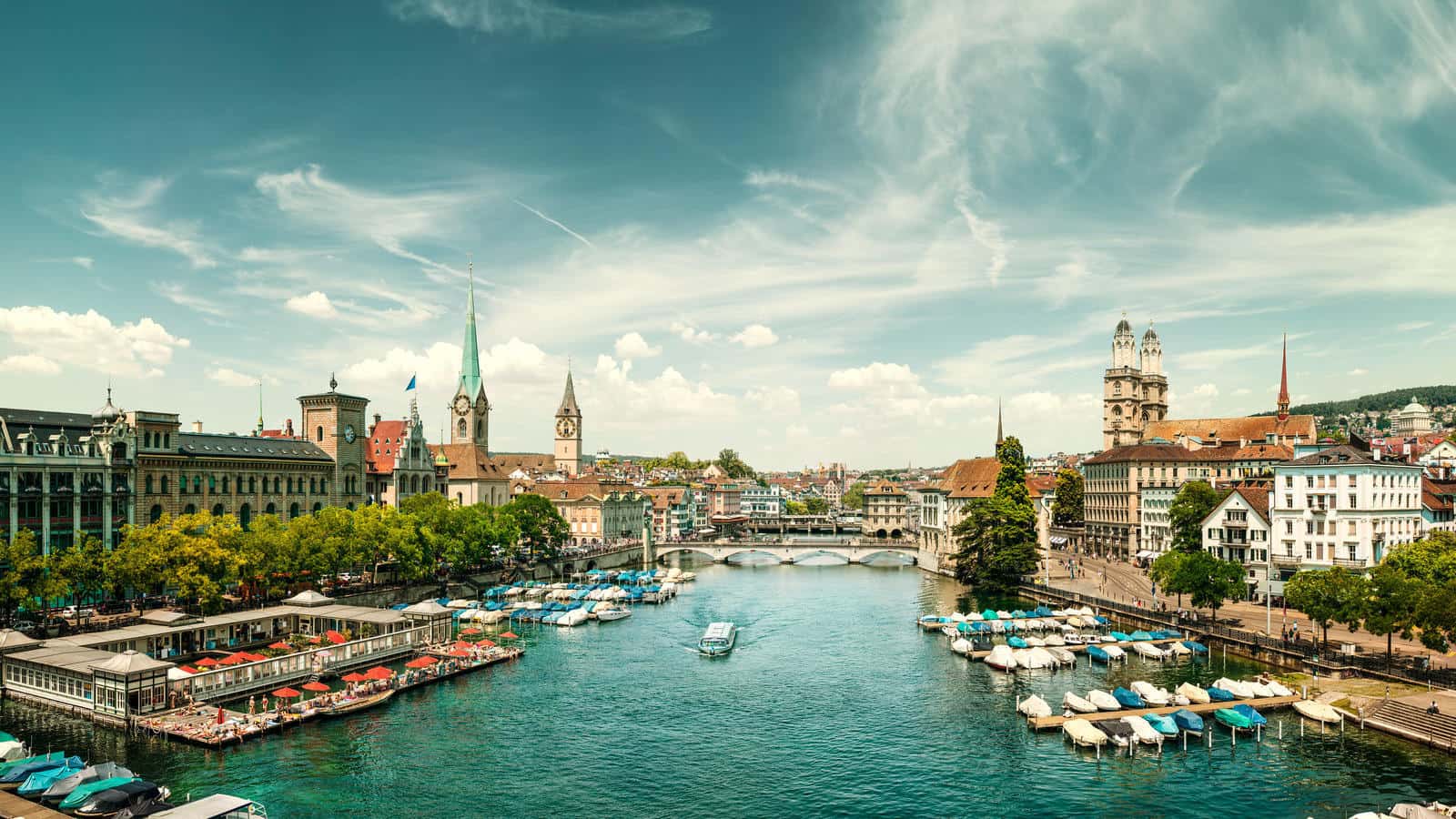 Switzerland has in its banks right now the equivalent of 6.5 trillion dollars of assets under management, and 51% of that comes from abroad, so it’s not really a surprise the country is also a global leader in asset management, with a market share of 28%.

Under international pressure, Switzerland has relaxed slightly in recent years its laws on fiscal secrecy, but the lobby for keeping these regulations remains strong as evidenced by the aggressive policy of the country against pressures for disclosure of information in this sector.

Pros: Combining low taxes with a top – notch banking system, it’s no wonder that Switzerland is one of the most popular tax havens in Europe. Opening a Swiss company is a relatively fast process, compared with the legal hurdles of other European states.

Cons: Although any individual or legal entity is allowed to register a company in Switzerland, one of the conditions required by Swiss law is to have at least one Swiss company director. To solve the Swiss directorship issue and tackle company formation Switzerland you should talk to experts. 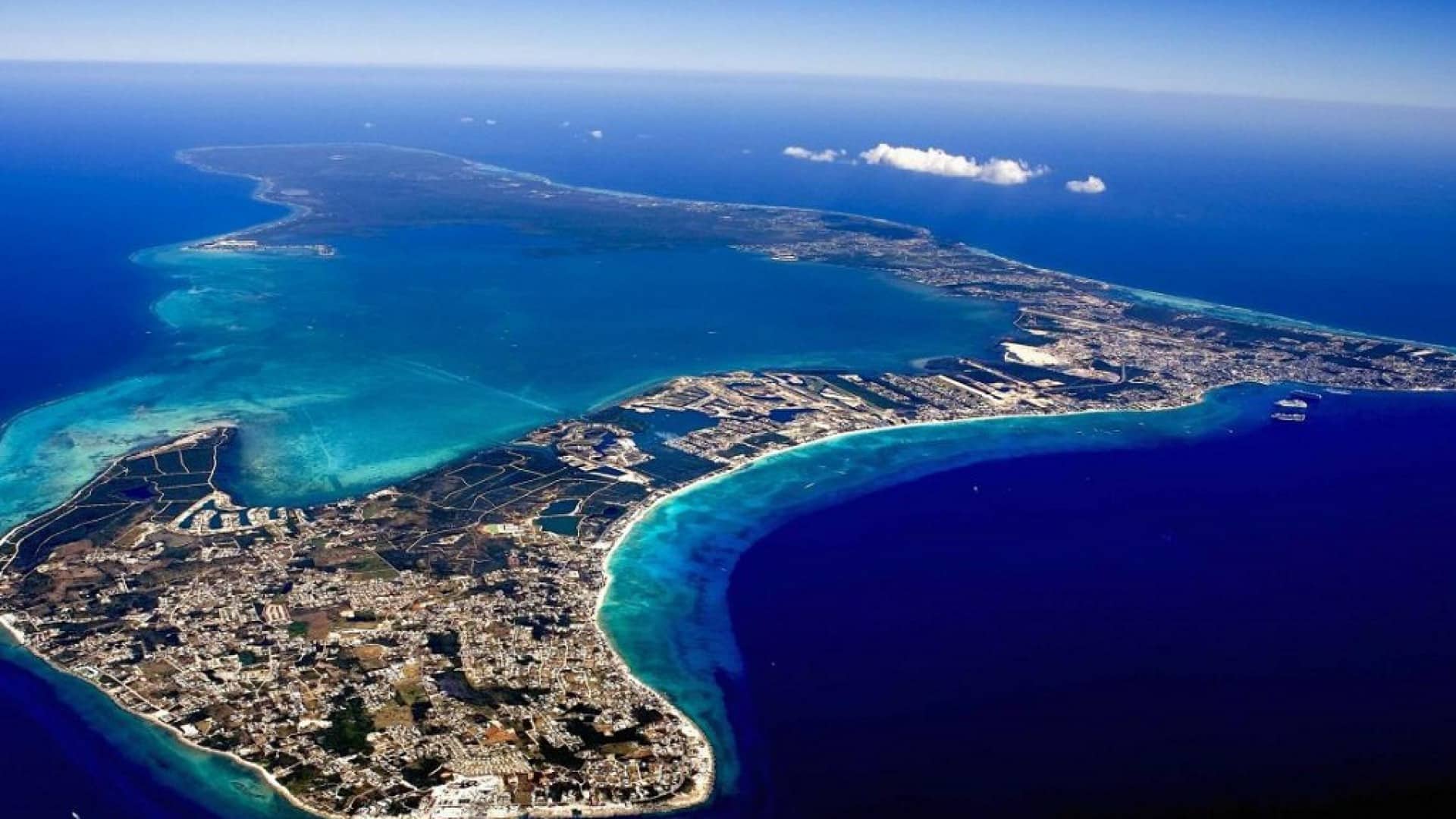 Assets of 1.4 trillion dollars are managed through the banks in this country right now. Being a British territory, which has 200 banks and more than 95,000 companies registered, the Cayman Islands is the world leader in hosting investment funds and the second country in the world where captive insurance companies are registered (designed to ensure the assets of a parent company having another object of activity). Over half of GDP is provided by the Cayman Islands financial services sector.

Pros: The Cayman Islands is one of the few countries or territories in which the law allows companies to be formed and manage assets without paying tax. This is considered legal and it’s not seen as a strategy to avoid taxes.

Cons: The tax benefits for incorporating in the Cayman Islands exists mainly for companies who are doing business in several countries, in order to avoid the hassle of dealing with various taxation systems. 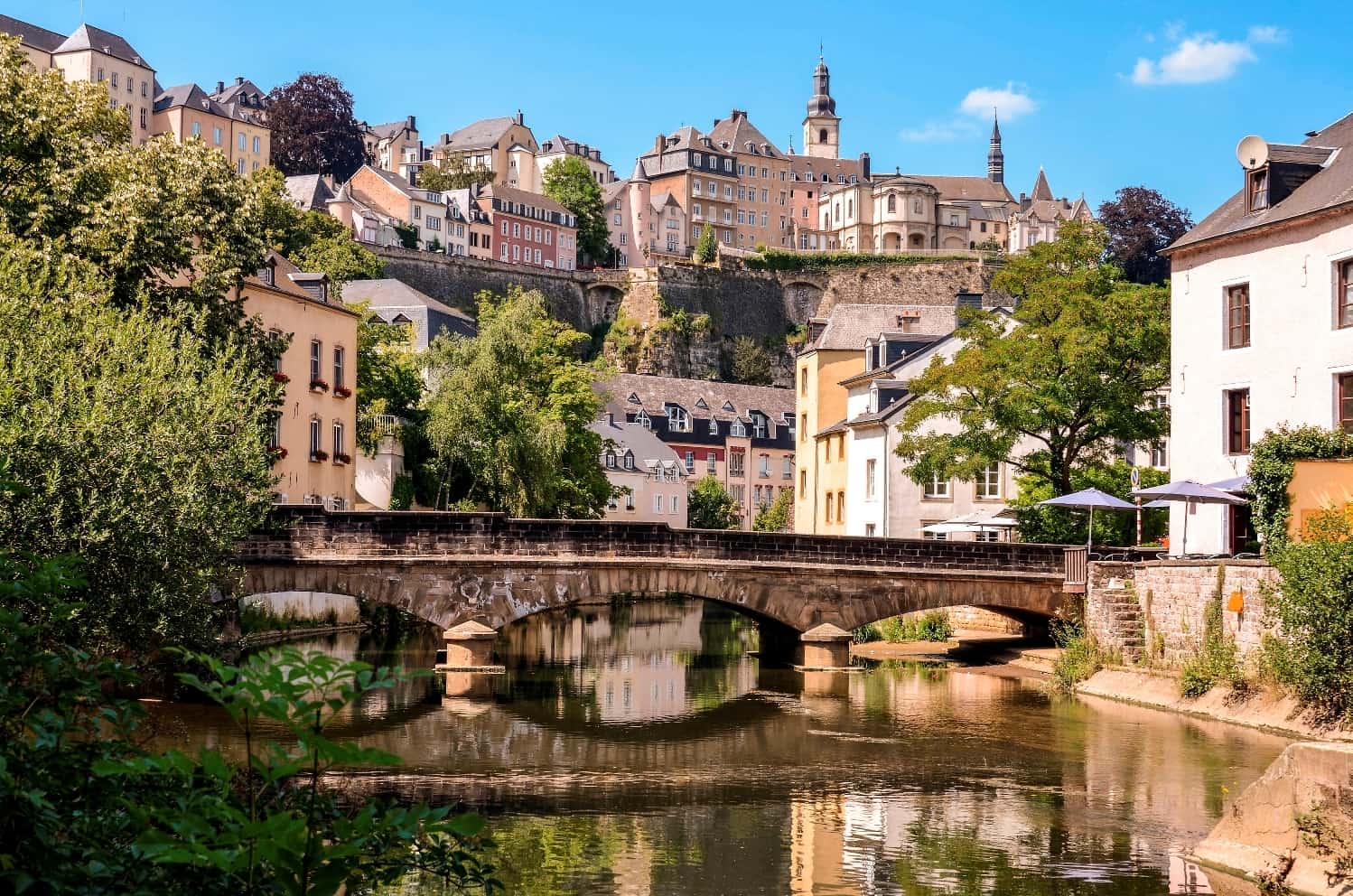 This tiny EU member state remains a center of relaxed fiscal regulation through which multinationals are helped to avoid paying taxes. It’s the leading banking center in the Euro zone, with 143 banks that manage assets of around 800 billion dollars.

Pros: In Luxembourg, disclosure of professional secrecy may be punished with imprisonment. Asides from that, many international corporations choose Luxembourg as location for their headquarters and logistics centers, due to low taxes and excellent European location. 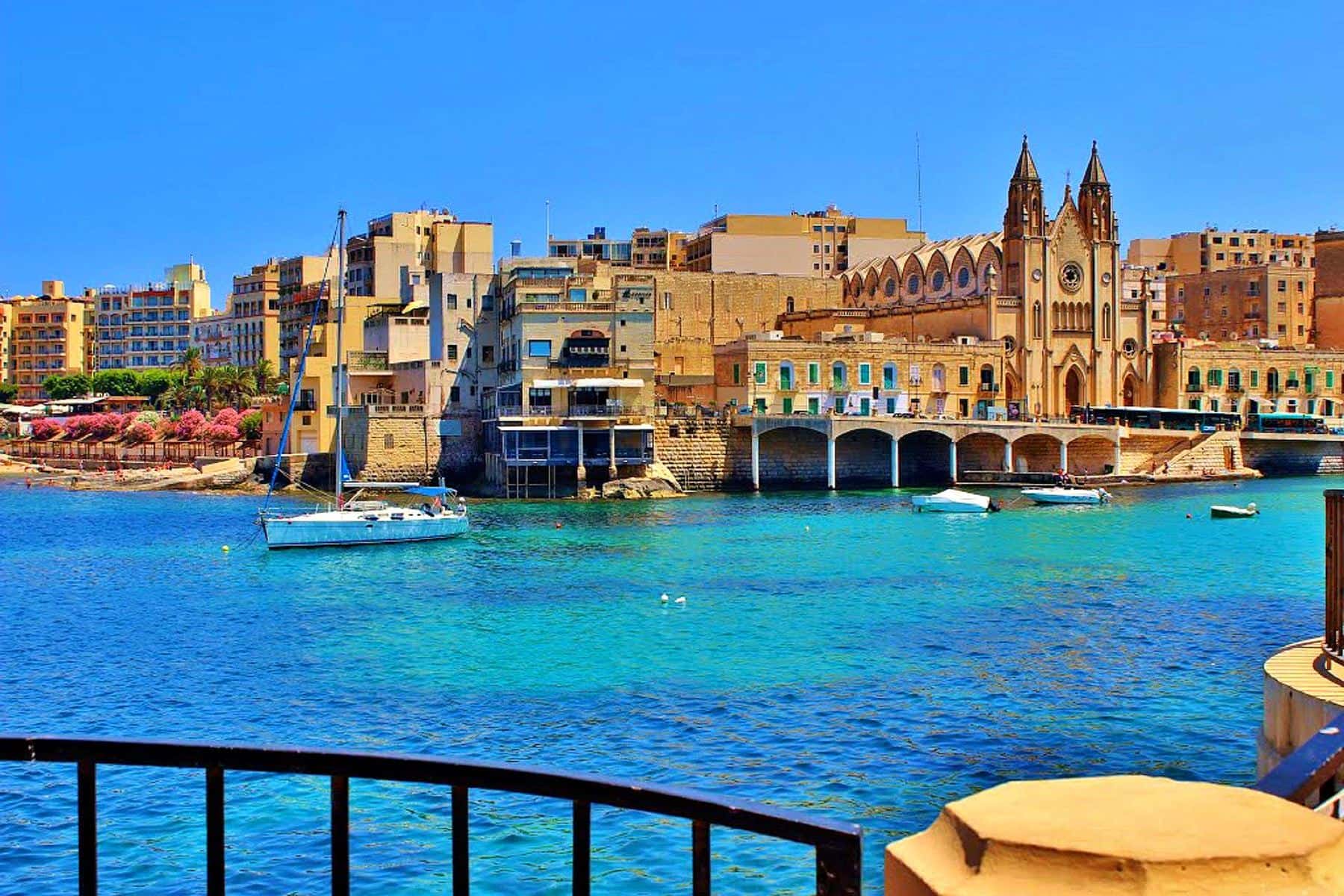 Malta makes it on the top of the list of the countries with the lowest taxes in the world in 2016, which is why is one of the best tax havens in 2018. Living on the small Mediterranean island makes it possible to gain the status of resident and to be thus taxed only on income from local sources.

Pros: One of the best tax advantages for individuals and companies is that there is no tax levied in Malta for revenues obtained abroad.

Cons: Maltese nationality can also be obtained through a citizenship by investment program, for those who want a faster process. However, in order to obtain Maltese citizenship, it is necessary to make investments in Malta worth about 1 million Euros. 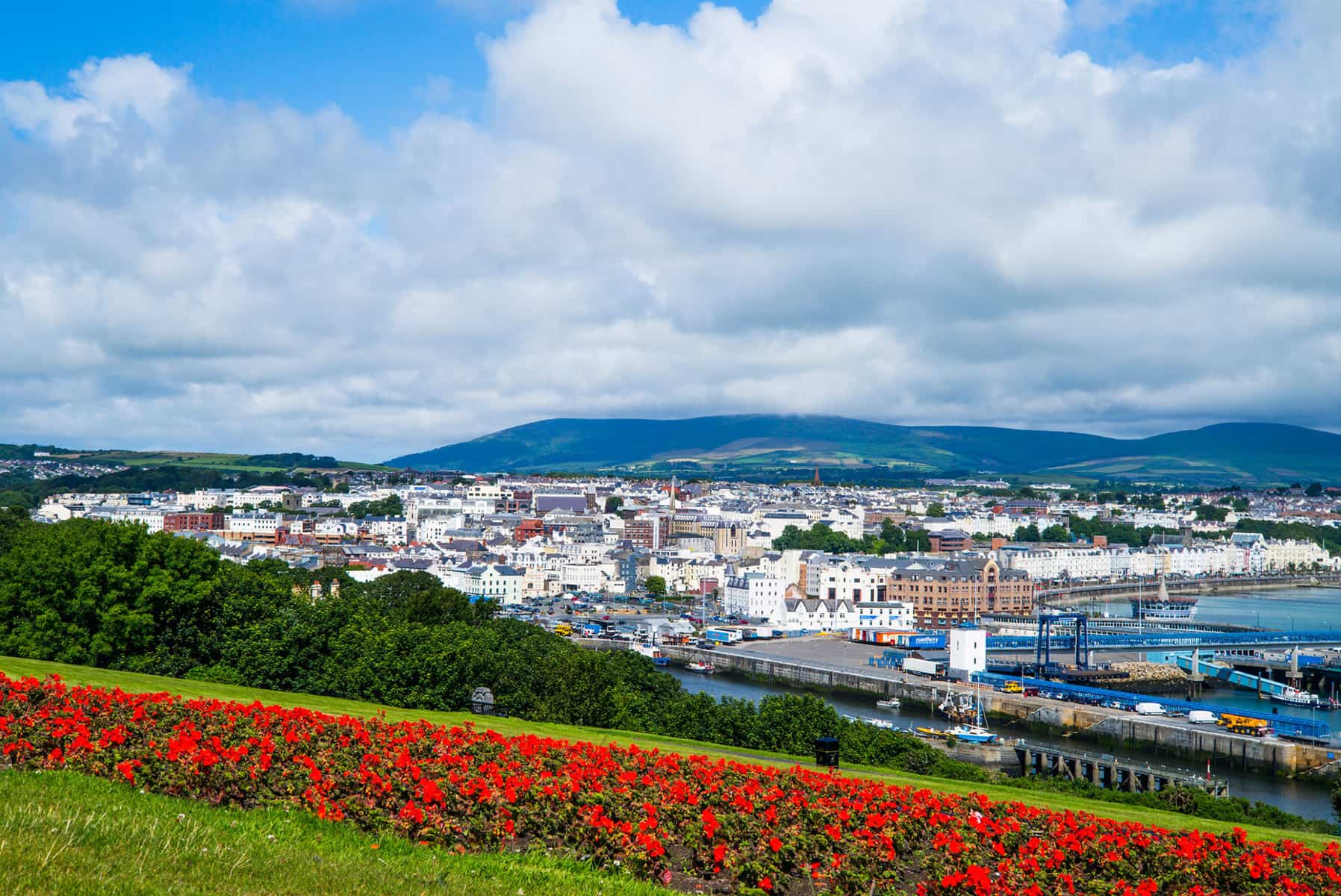 The Isle of Man is considered somewhat of a financial center for low taxes. This tiny island, located between England and Ireland has a very low income tax, of maximum 20% and no more than 120,000 pounds.

Pros: Low tax rates are not the only advantages offered by this small island. Their pension plan is also really great, which is way many companies choose to have their employee pension plans held in accounts in this country. It’s possible to benefit from these pension plans starting from the age of 50 and onwards.

Cons: Establishing companies in the Isle of Man may be costly, especially for non – commercial activities and the registration process can be quite complex. 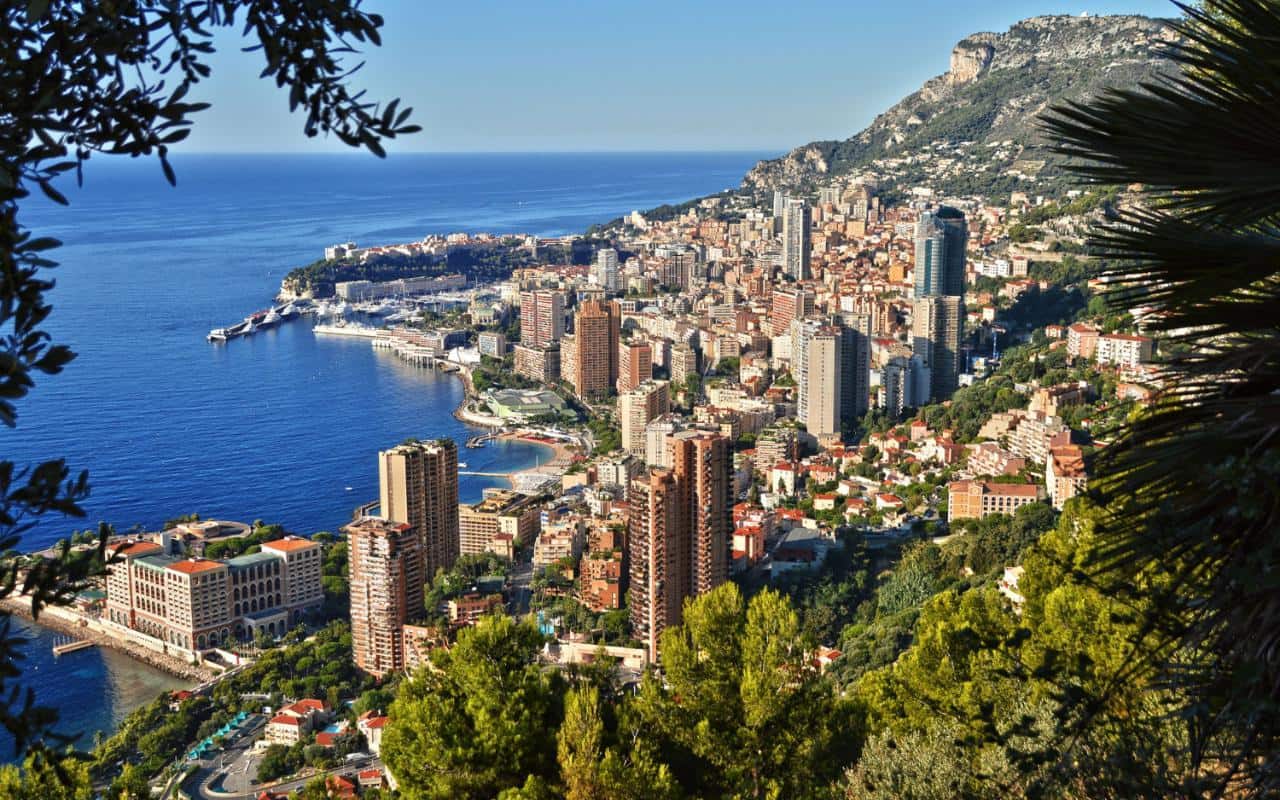 This tiny state has only 36,000 residents, but it attracts many entrepreneurs and companies willing to invest in this small country. Why? Because the income tax for residents hasn’t changed since 1869.

Pros: Once a person has become a Monaco resident, they are allowed to keep all the income they make, without any limitations. It’s no wonder that most of the world’s millionaires are residents of Monaco. Corporate taxes are also really low, which makes Monaco a great location to start a company.

Cons: In order to become a Monaco resident, a person needs to be a citizen of an EU – member state or have a long-term French visa. It’s also necessary to deposit at least 100,000 Euro in a bank in Monaco, to have private health insurance and to buy a property in Monaco. 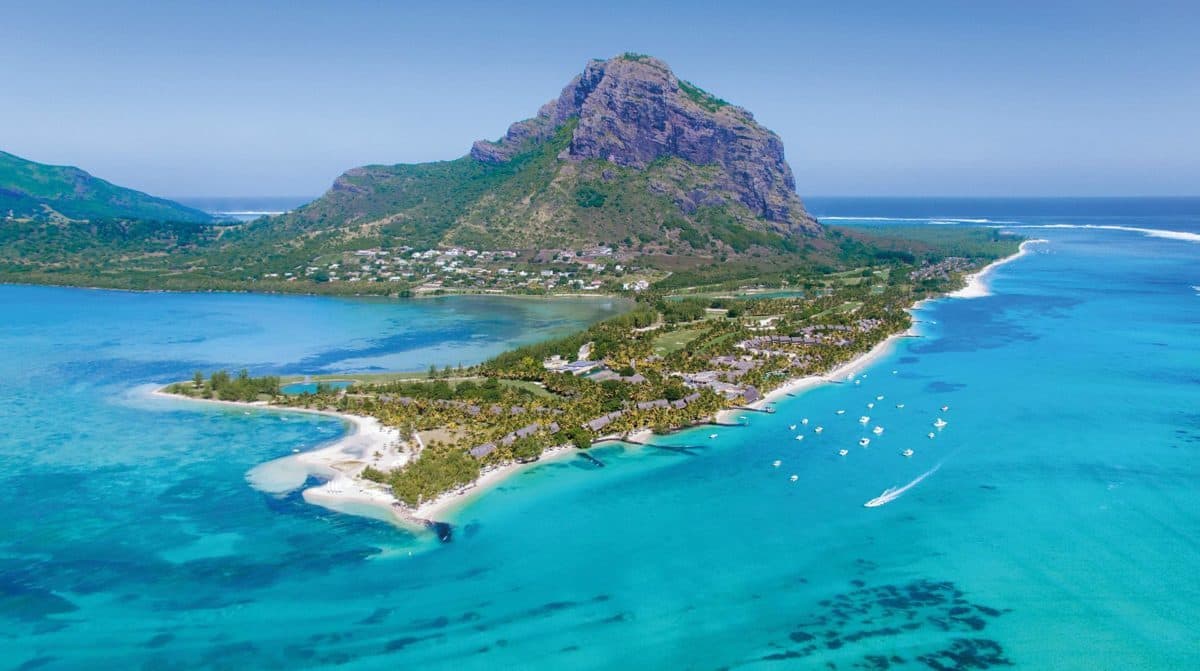 Located in the Indian Ocean, near Madagascar, Mauritius is another island that attracts many foreign investments. A large number of international corporations have subsidiaries established in Mauritius.

Pros: The corporate tax levied in Mauritius is really low, compared with other jurisdictions, of only 15%. Capital gains and interest are not taxed in Mauritius and residents can also benefit from various tax exemptions, due to double tax treaties.

Cons: Mauritius was used as a location for investments, especially for those directed towards India, but in May 2016, a new protocol amending the double taxation treaty between India and Mauritius was signed. This gives India a source based right to tax capital gains, which arise from alienation of shares of Indian resident companies acquired by Mauritius residents. 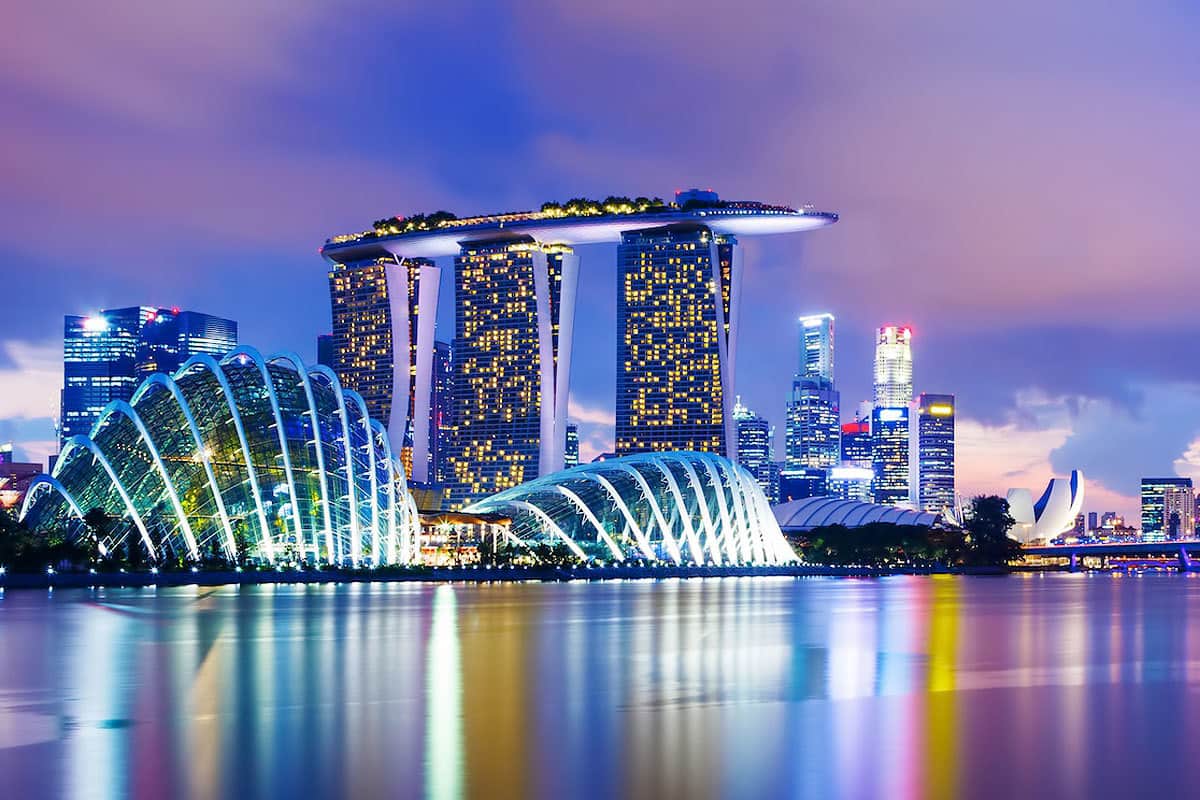 Strategically located, the Republic of Singapore has a reputation as a financial center that’s really attractive to “offshore” funds of Asian companies and entrepreneurs.

Pros: Legislation on the confidentiality of banking information entered into force in 2001 and since then, the electrifying city-state is recognized by the strictness with which it implements that law. And Singapore does not waive these rules, in spite of pressure from foreign governments.

Cons: Singapore is not a country used by wealthy individuals seeking important tax benefits, as most countries from this region offer a relaxed tax regime.

If you plan your finances seeking a more advantageous manner, then it’s worth to protect your investments and assets. Through a thorough evaluation of the advantages and disadvantages offered by tax havens, you can discover new opportunities to take advantage of convenient tax regimes and tax optimization.