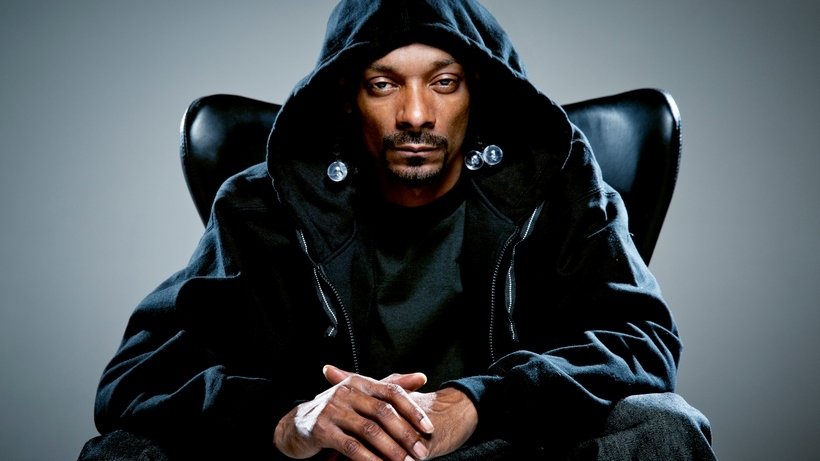 One of the most resilient and successful rappers of all time, Snoop Dogg is a survivor of the brilliant 1990’s rap scene. More than 20 years later, at age 45, he’s one of the few rappers from that period still recording, while many of his contemporaries are unfortunately long gone.

Discovered by Dr. Dre, Snoop Dog became really well known for his laid-back style, calm vocals and an everlasting love for weed. His life and career highs and lows, together with his prominent personality brought him both fame and money, and his net worth was estimated in 2020 at almost $135 million. 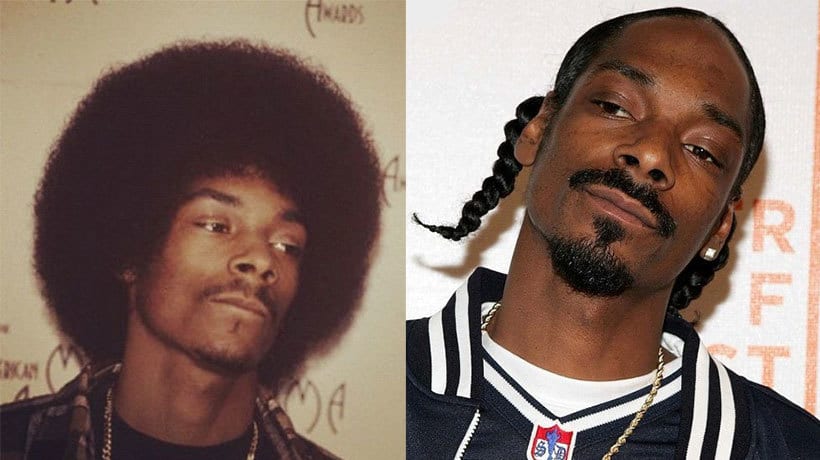 Named after his stepfather as Cordozar Calvin Broadus Jr., Snoop Dogg was born on October 20, 1971 in Long Beach, California. His real father, Vernell Varnado, a Vietnam War veteran, was most of the times absent from the boy’s life. His mother nicknamed him Snoopy, because she often said he looked like the dog from the Peanuts comics, a moniker which later transformed into his famous stage name.

His success in music comes from his early start as a member of the Golgotha Trinity Baptist Church in Long Beach, where he played and sang the piano at age five. He began rapping in the sixth grade, and as a teenager, he was hanging out with gang members, and had frequent trouble with the law for drug possession. During that period, he was in prison several times, but he used his musical talent to elevate himself and stay away from that place.

But don’t think that he garnered this fortune from music alone. Snoop backed up his earnings from selling albums through other ventures. 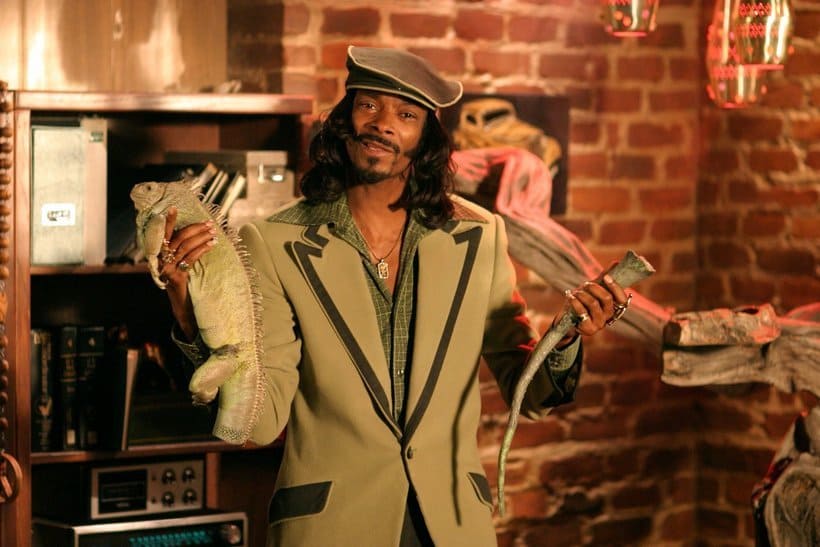 Snoop Dogg has done some work in the film industry as well. He starred in Starsky and Hutch, which brought him $500.000 back in 2004 and Soul Plane, a movie in which he played the role of, you’ve guessed it, a weed-loving pilot. Other titles include the horror film Bones and the parody Scary Movie 5.

He also had his own reality-show, called Snoop Dogg’s Father Hood, which showed the rap artist’s unique lifestyle and his household, and he also had various supporting and cameo roles in dozens of other movies, television shows, and video games. Snoop seems to enjoy making more than music, doesn’t he? He’s also an active entrepreneur and investor. 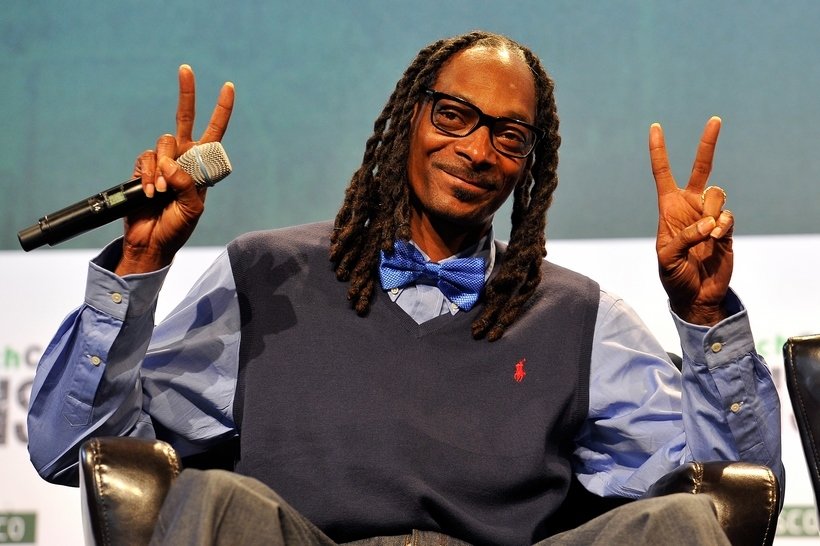 Snoop Dogg founded his own production company, Snoopadelic Films, back in 2005, and in 2009, he was appointed creative chairman of Priority Records. Through various holdings in restaurants and fashion companies, he earned a good $75 million in 2014 alone.

Snoop Dogg likes to put his name, and a cannabis leaf, on anything, as long as it keeps the cashflow strong. You might have heard about Snoopify, the app which brought him $30.000 a week in the past, and Leafs by Snoop, his personal brand of cannabis products, but I bet you didn’t know about the Snoop Dogg Slippers. What’s next? Snoop Pajamas anytime soon? I’m joking. But he’s making good money. And he’s making them just by putting his mark everywhere. Check out his snoopermarket.

Jokes aside, the renowned herbal enthusiast is a successful businessman and he sees opportunities in every sector, whether investing in tech startups, or appearing on TV shows. He’s been an angel investor to more than 15 companies, some of them being Reddit, Ustream, Secret, Robinhood, and Philz Coffee. But closer to his soul is Eaze, a service that delivers medicinal marijuana to the customer’s doorstep, and in less than 10 minutes, they say. Faster than Domino’s, right?

In 2015, Broadus launched a new digital media business called Merry Jane, which focuses on news about, you’ve guessed it again, marijuana. Last year, he joked about purchasing the famed soul food restaurant chain, Roscoe’s House of Chicken and Waffles, to save it from bankruptcy, and rumors are that he might actually do it. 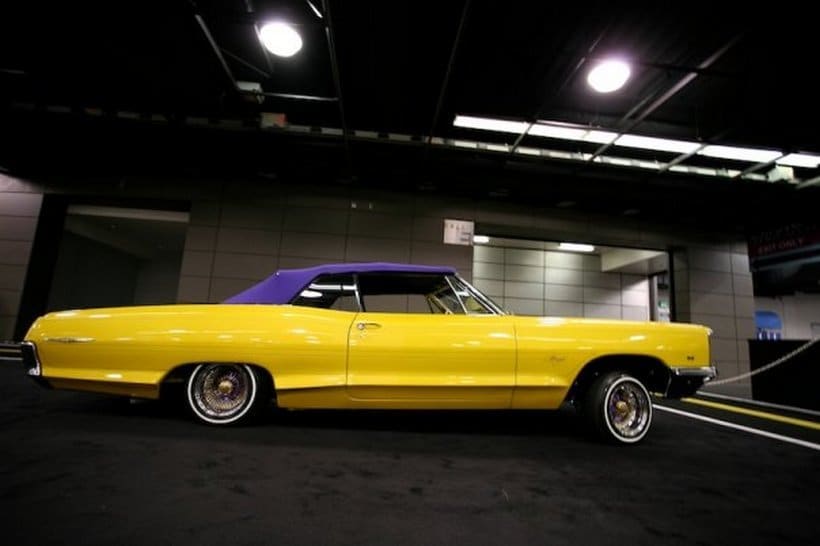 Snoop’s car fleet consists of about 25 cars, most of them classics, from the golden ages of the 60’s and 70’s. Among them there are a Rolls Royce, a Chevrolet, and a beautiful 2008 Dodge Challenger with handsome retro styling and ripping performance.

He also owns a customized 1967 Cadillac Deville, which features his name on the front bonnet. But the most precious gem in his unique car collection is that yellow 1967 Pontiac Parisienne Convertible.

Snoop Dogg is not just a rapper, but also a clever investor. In 1994, he purchased a gorgeous house in Claremont, California, for just $660,000, and in 2007 he listed it on sale for almost $2 million. The pricey mansion, built back in 1989, was originally 3.700 square feet, featuring eight luxurious bedrooms, five and a half baths, dual master suites, a gourmet kitchen, and a formal entry with marble floors.

He remodeled it in 2006 and almost doubled its size to include a gym, a home theater and a recording studio, plus an outdoor basketball court, a gorgeous pool and of course a four-car garage. Snoop moved out of the Claremont house in 2000, and he continues to own a four-bedroom, single-family house in Diamond Bar, California, which he purchased in 1998 for $720,000, according to public records.

Today the value of this home rises as high as $1,83 million. That might not be in our list with the most luxurious rapper houses, but it’s still a real treat.

Snoop Dogg Net Worth over time 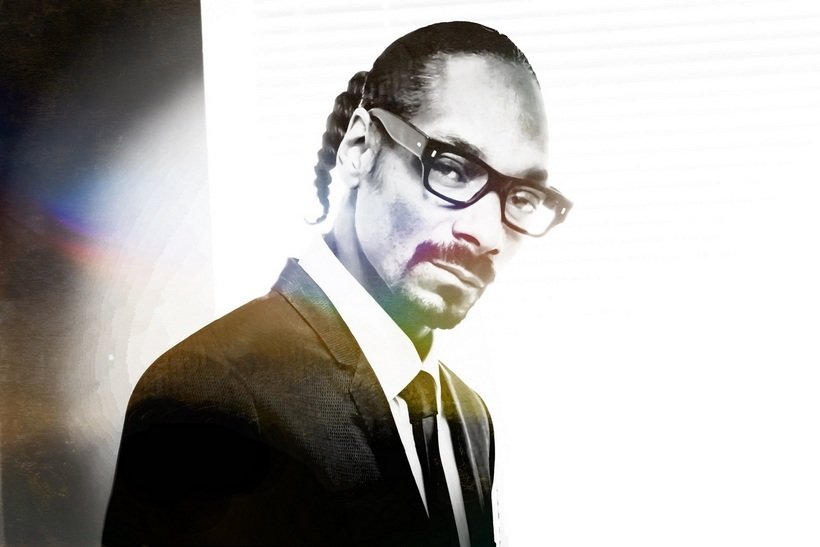 Snoop Dogg’s net worth has increased at a slow pace over the years, with an average annual revenue of $10 million in the last decade. His first album alone added $6 million on his fortune, selling 806,858 copies straight from the first week, but Snoop continues to earn a lot on a regular basis through all his album sales.

The 90’s got him around $9 million with more than 7 million copies sold, while the next decade brought him more than $20 million from over 13 million album sales. In 2007, he ranked 7th on Forbes Hip Hop Cash Kings list with $17 million in revenues.

As you can see, Snoop Dogg’s chill attitude transposes also in the way he makes money. He doesn’t rush, but he doesn’t stop either.

Tags:
Previous Article
The Seychelles Is Also Home To The Drool-Inducing Six Senses Zil Pasyon
Next Article
This Rare 1995 Ferrari F50 Is $3.5 Million Of Italian Exclusivity