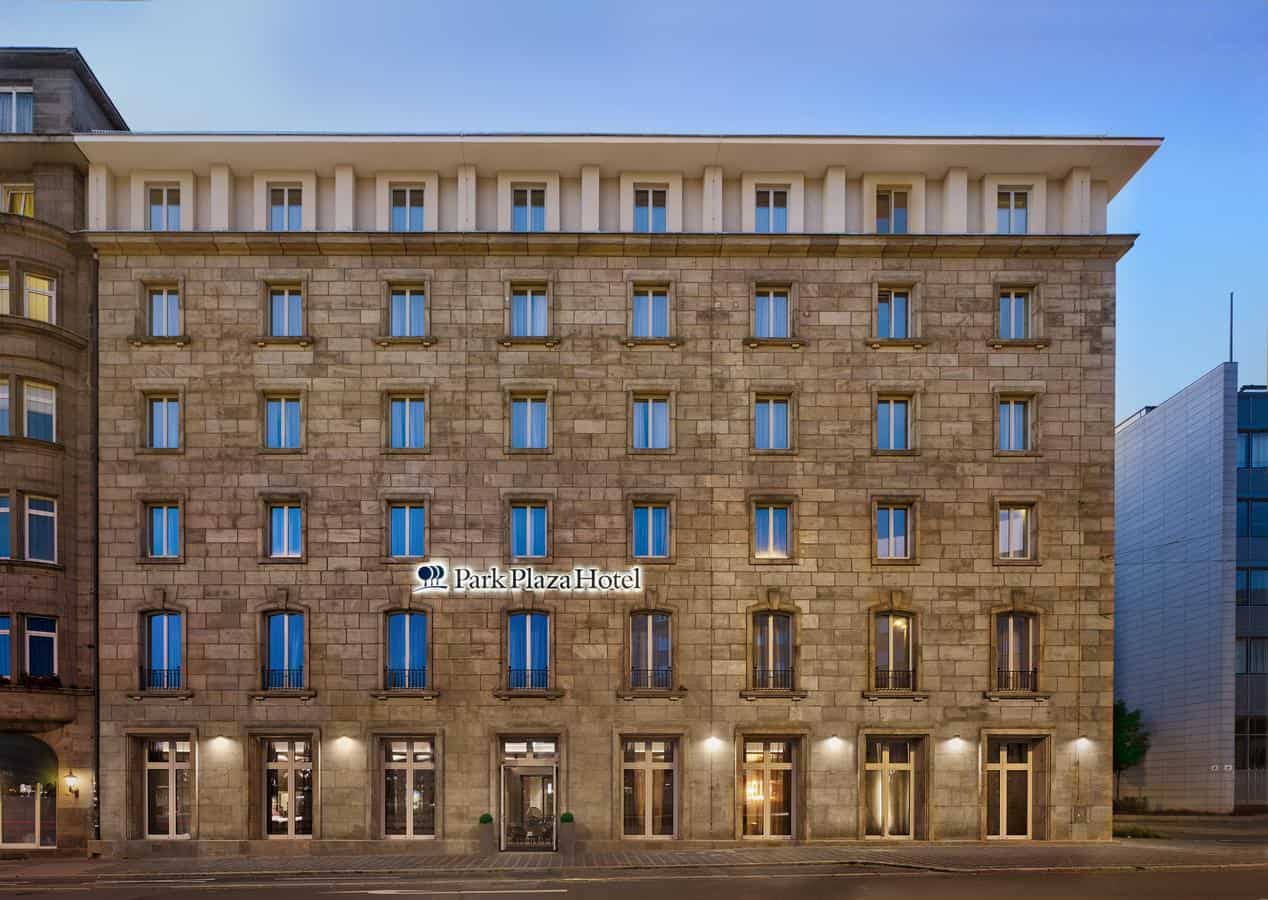 Nuremberg (Nürnberg), one of the most beautiful German cities, has always been associated with innovations and developments in science and technology. It was there where the first printing press of Europe was created and it also served as home to Nicolaus Copernicus who published his most important astronomy work in 1543. Nowadays, Nuremberg continues to be an important center for arts and culture.

During World War II the city has been badly damaged, but most of the medieval buildings in the Old Town have been carefully restored to their former glory. Today, the most important tourist attractions lie in between Nuremberg’s historic walls in the Old Town or Altstadt.

On top of that, the city boasts with many festivals all year round, among which the two week long Old Town Festival and the International Organ week are two of the best, so you might want to think about them when planning your visit.

As for where to stay there, the Old Town is clearly the best part of Nuremberg, close to most of the city’s attractions and famous landmarks. During our trip, we decided to stay at the Park Plaza Nuremberg, which is also very close to the Nuremberg Central Station. 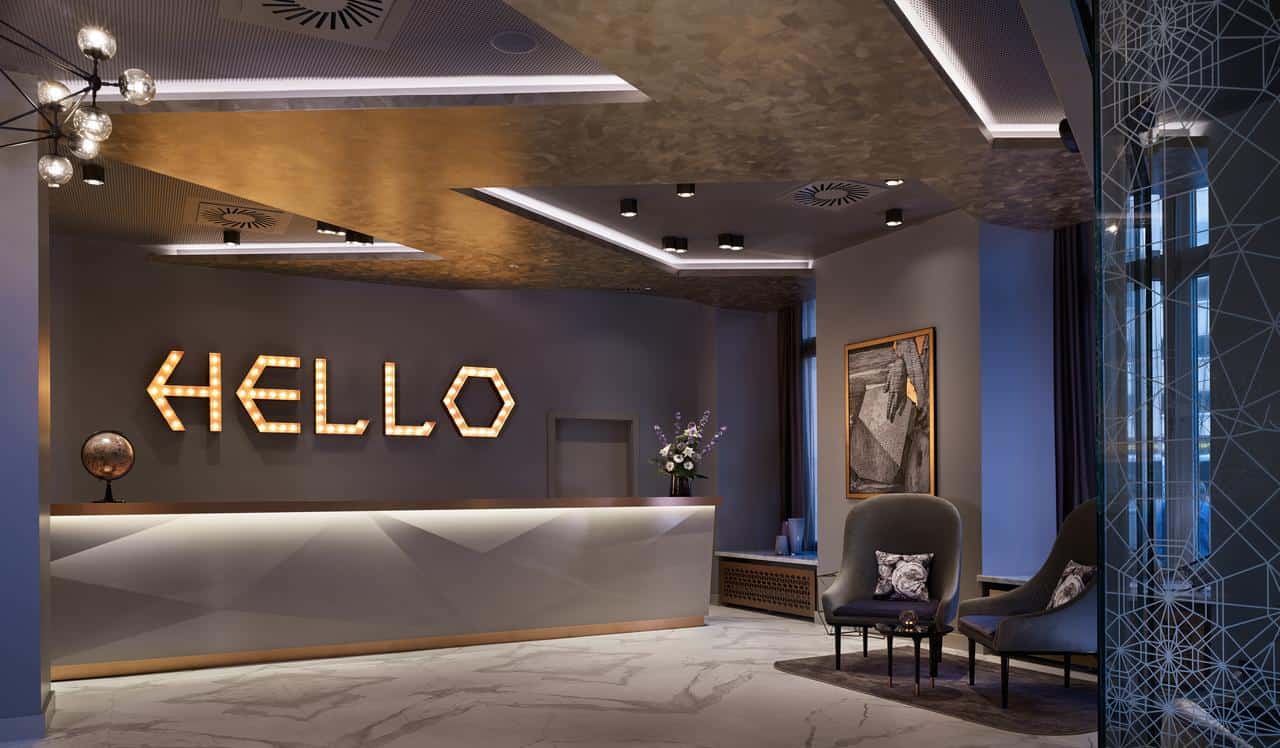 Opened in June 2016, Park Plaza Nuremberg is a new one and brings with it a fresh design and atmosphere, drawing inspiration from Nuremberg’s Renaissance artist and theorist Albrecht Dürer and Martin Behaim, a German mariner and astronomer.

Their works have influenced the way the 177 total bedrooms and suites of the hotel were designed. Warm metallic colors with purple and gray tones and bright textures dominate the interior of the hotel, reminding at every step of the city’s cultural richness and medieval history.

From our very first steps inside, we were impressed by the abundance of historic and cultural hints spread along the hotel’s walls. 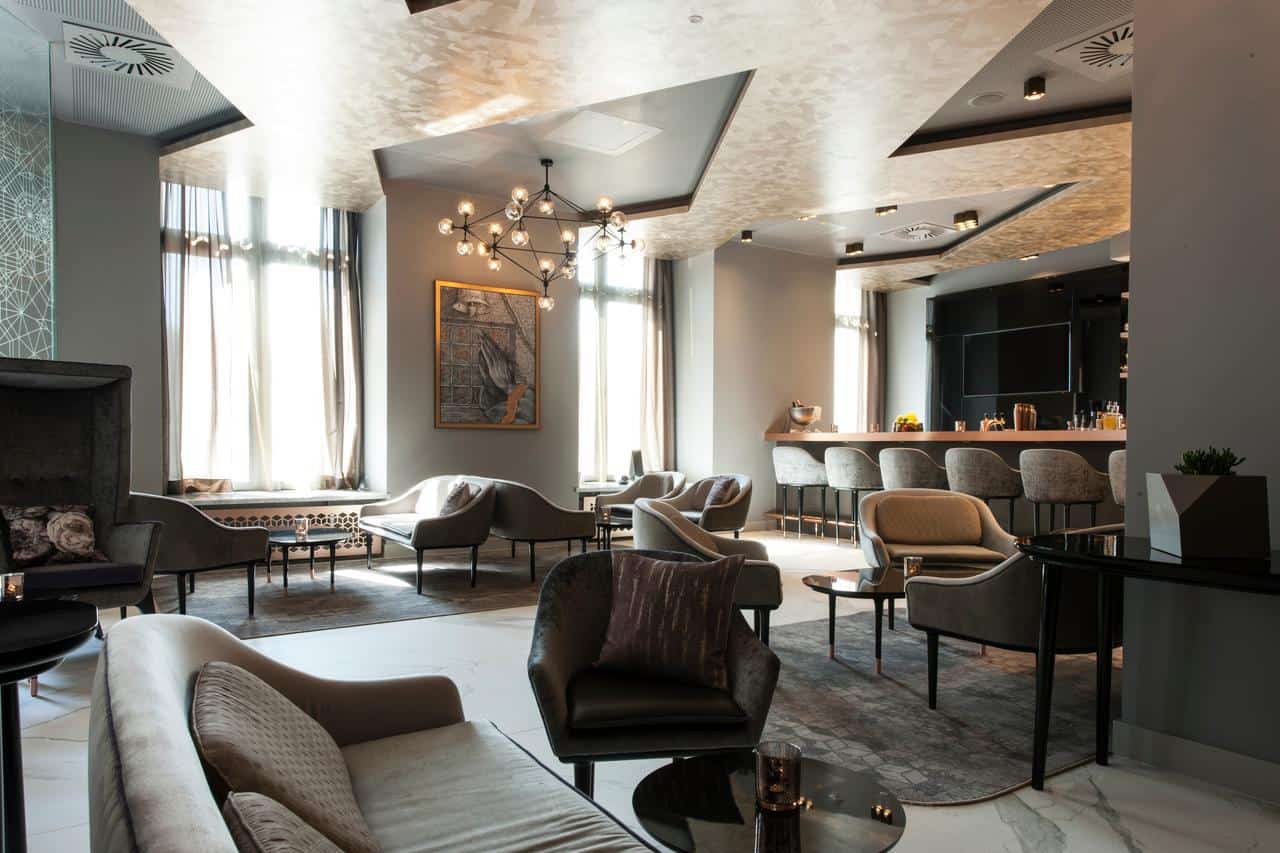 But that’s not all, as the Park Plaza Nuremberg also offers the comforts most of us look for in a vacation. There’s a 24 hour fitness center and sauna, in house dining facilities and even meeting spaces for up to 70 persons.

The quirky art lining the street in front of the hotel gives away a little hint about something different waiting for you inside. The moment you enter the front door, an ultra modern and luxurious interior with a modern vibe reveals itself. 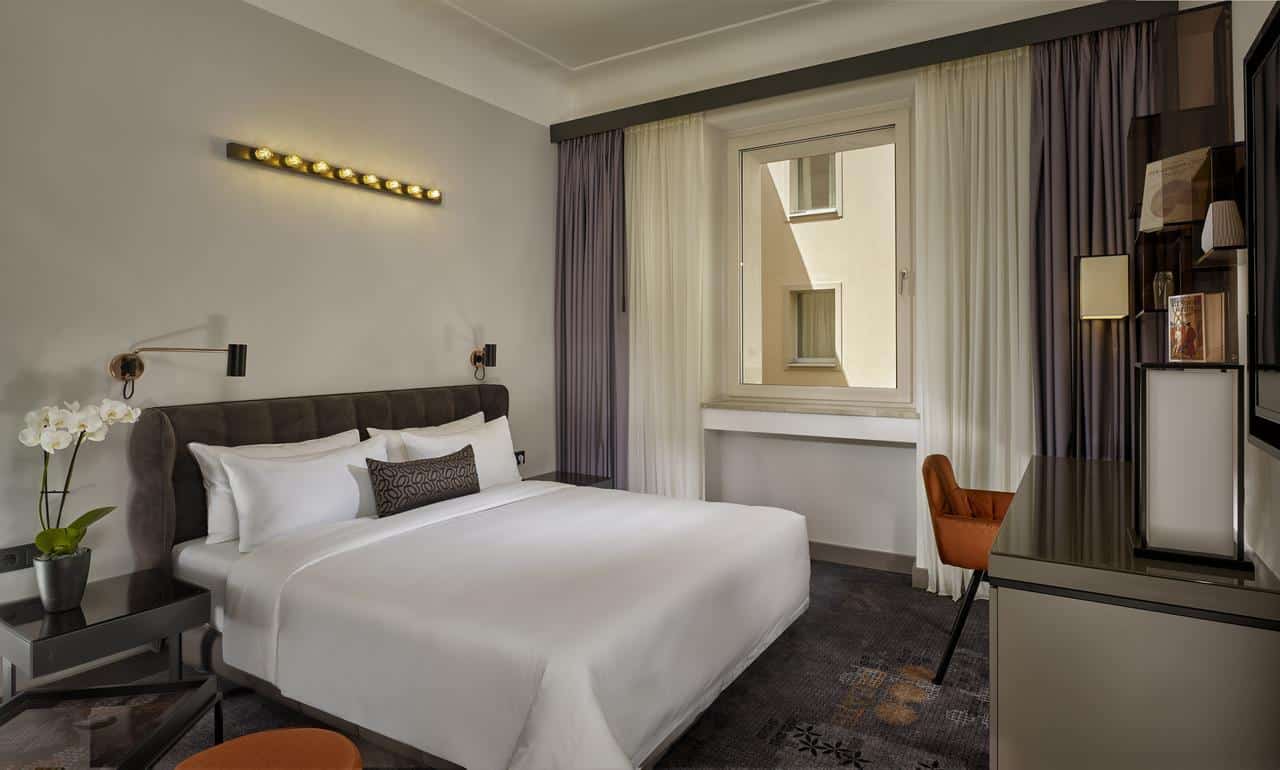 Among the 177 total guestrooms of the Park Plaza Nuremberg hotel, there are Superior Rooms, Executive Rooms and Suites, with the top most ones offering stunning sights of the city skyline. The rooms all come with individual climate control and the bedrooms feature Park Plaza’s comfortable bespoke beds with luxury linens and pillows.

We’ve stayed in one of the Superior Rooms, which faced the hotel’s central atrium. Not a great view, but the room had a timeles design, and it came with all the standard modern amenities you’d expect from such a hotel. 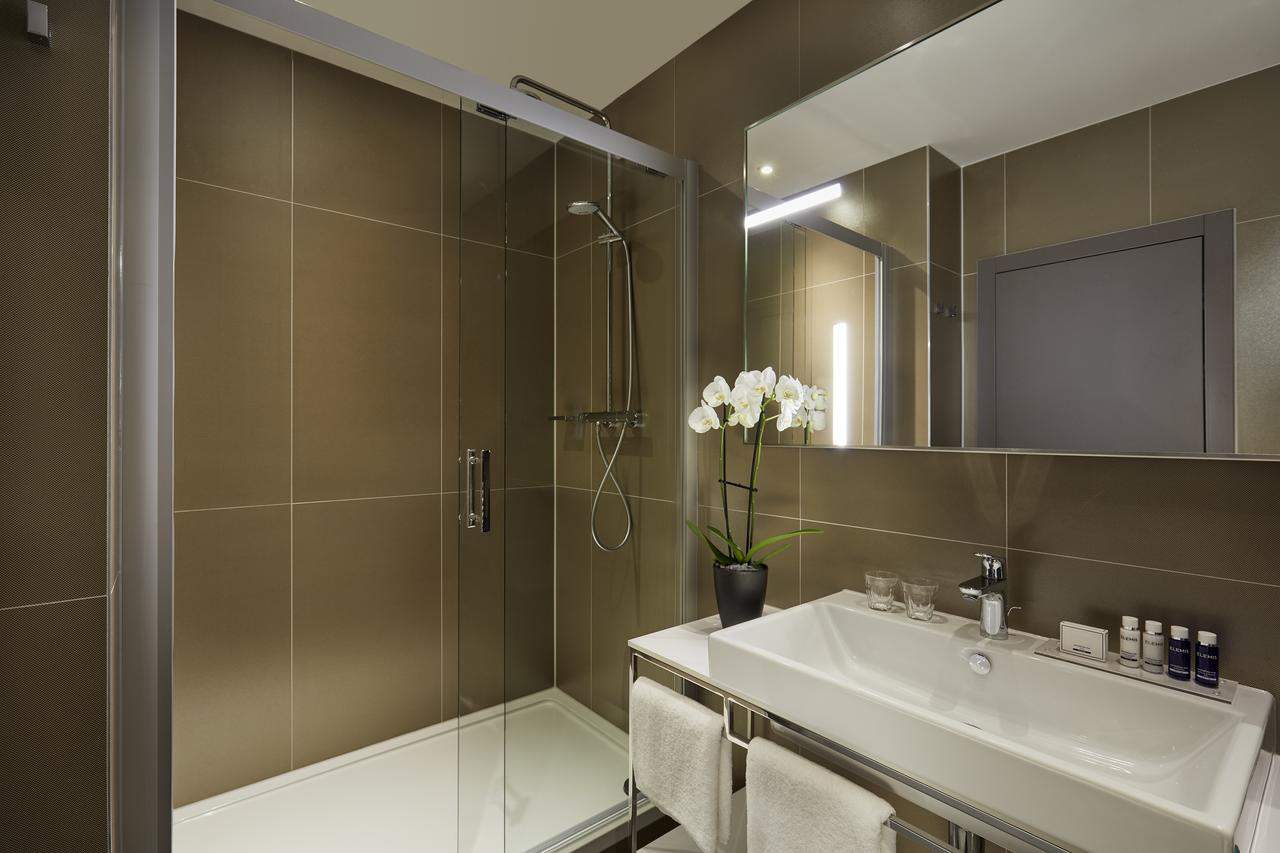 Amenities include flat screen TV’s and in-room entertainment systems, large work desks, mood lighting and Elemis conveniences. Each room boasts comfy lounge chairs and table, bluetooth interactive panels and a stocked minibar and refrigerator. The bathroom had a nice rainshower, that was just perfect after a full day of urban exploration. 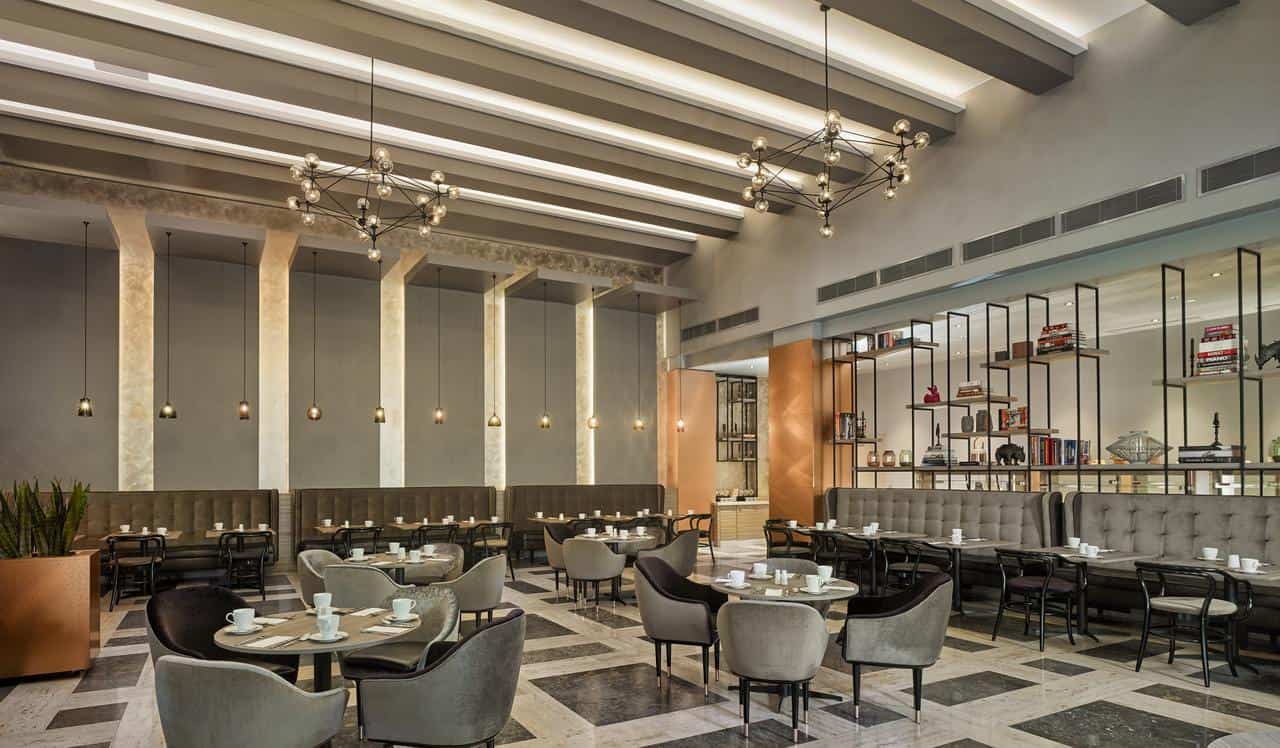 As for dining and drinking, the options are premium. BA Beef Club, the hotel’s restaurant, offers some of the best steaks you’ve ever tasted, prepared on a Bavarian-American theme in a Josper Oven. The dishes on the menu use both meat from local Nuremberg butchers and USDA prime steaks, with signature toppings that give them an exceptional taste.

Among them, we suggest trying their Nuremberg brewed beer sauce – it was my favorite. Besides the amazing steaks, the BA Beef Club offers fish specialties as well. You can also enjoy delicious breakfasts here, offered and served in their superb Travertine Room every morning. 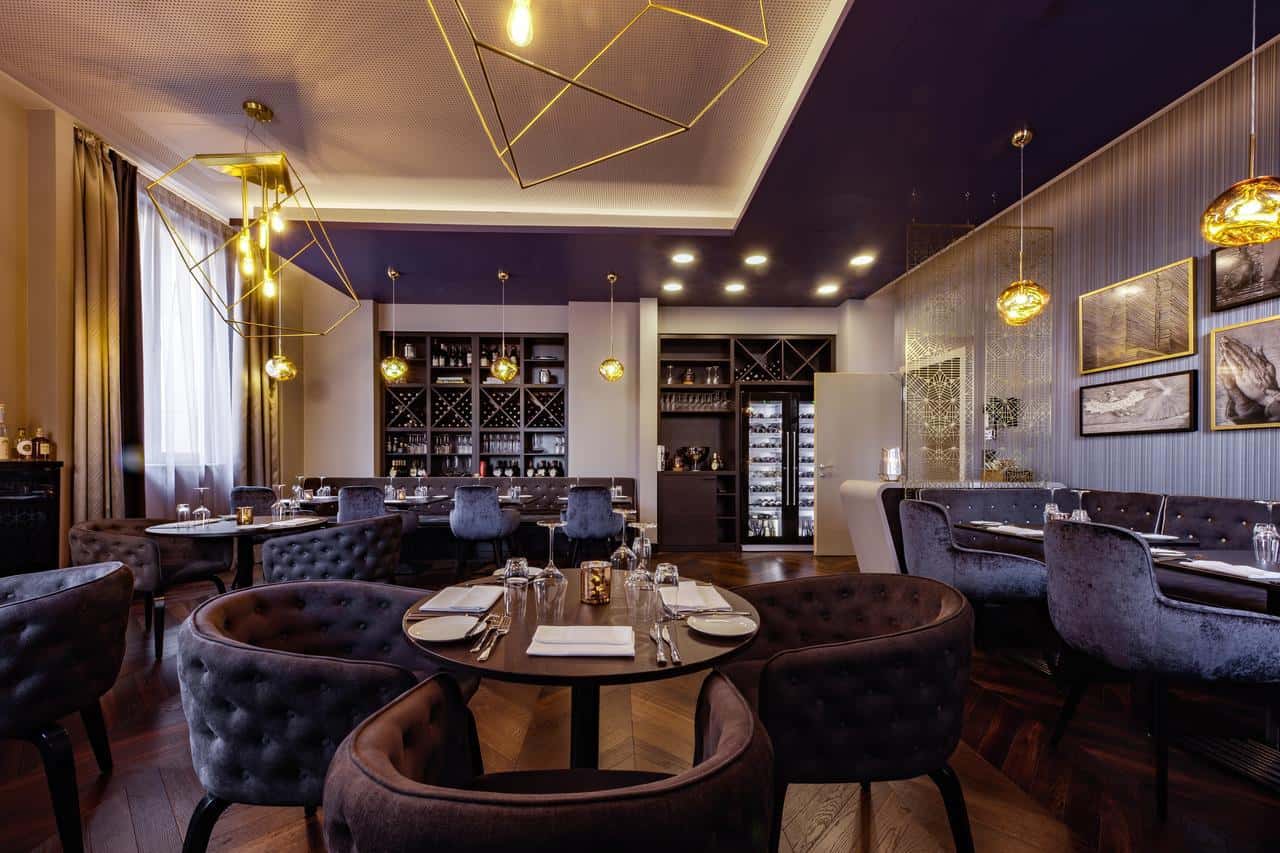 And if you’d like to have a few drinks at the end of the day, the hotel’s bar offers German and American beverages as well, from local beers and whiskeys to high quality wines and Nuremberg themed cocktails. It looks amazing, right? 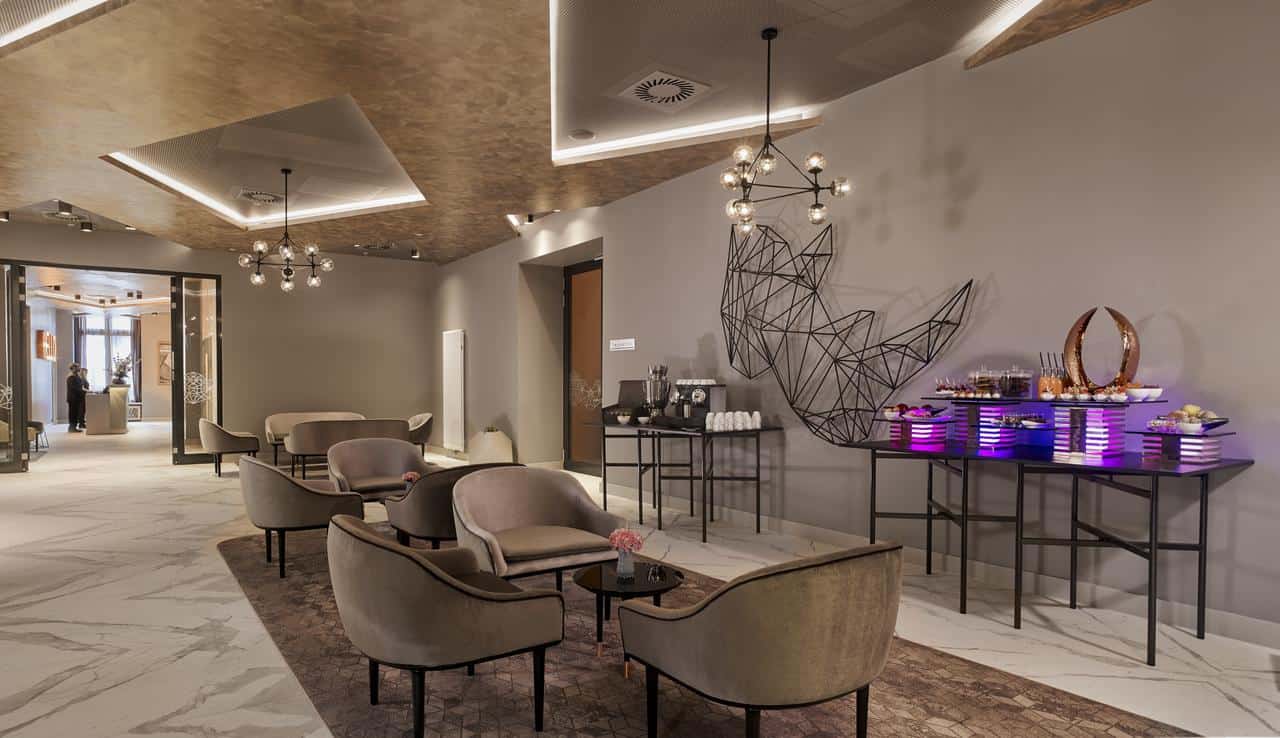 All in all, the Park Plaza Nuremberg hotel is situated in a perfect location, right in the heart of Nuremberg. Despite being next to the main train terminal, it’s a quiet area, never disturbing the tranquility of the hotel.

The staff here was always professional, friendly and helpful, keeping a welcoming reception atmosphere. During our stay there, we would wander around town on foot and never felt the need for using any other means of transportation.

The hotel bar welcomed us during evenings and it surprised us with quality drinks every time. Overall, the Park Plaza Nuremberg offered us a pleasant experience. 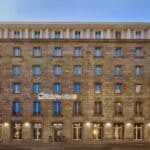 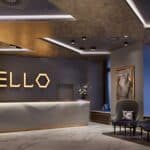 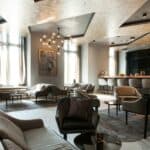 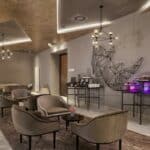 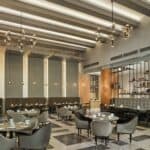 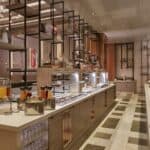 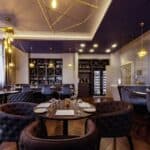 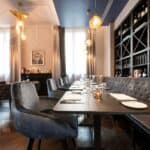 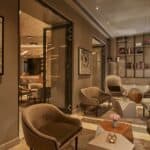 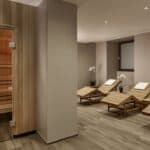 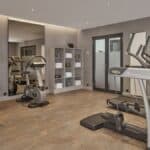 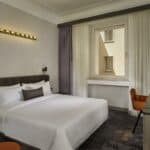 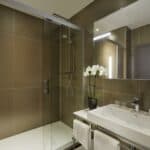