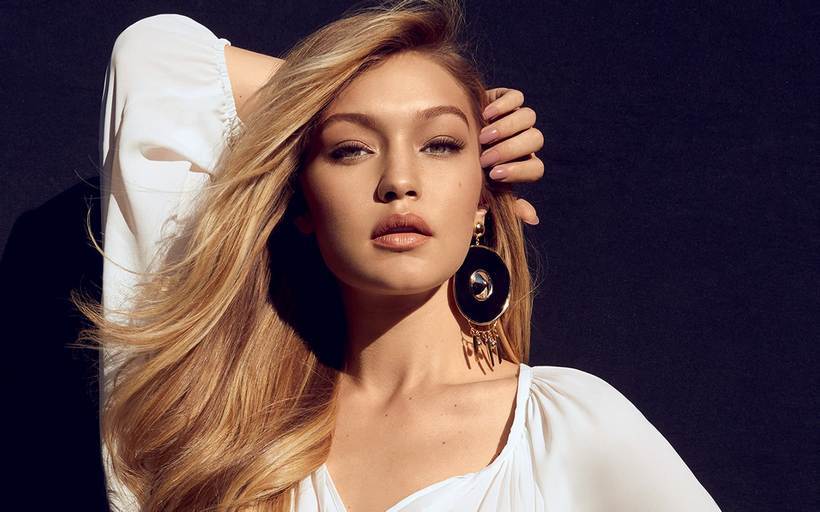 The uber sweet American fashion model Gigi Hadid is one of the most sought after names on today’s modeling scene, with a huge following on social media and many renowned designers just striving to get her attention.

After her debut in 2014 among the Top 50 highest ranking models, she quickly rocked some of the most exclusive runways of the world, becoming a huge social media icon in the same time. Her net worth is valued today at $29 million dollars, but things are about to change pretty fast. 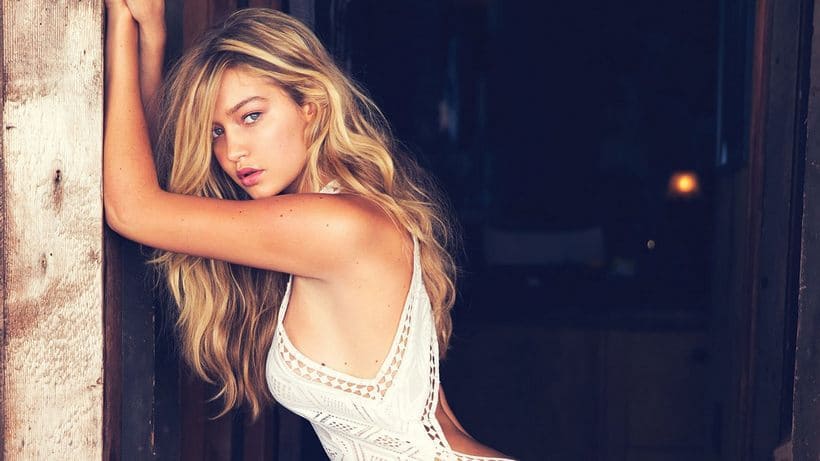 Gigi Hadid’s real name is actually Jelena Noura Hadid. She was born on April 23, 1995, in Los Angeles, California, and she’s the daughter of real estate developer Mohamed Hadid and former model and TV star Yolanda Foster. Her older sister, Bella Hadid, and her brother Anwar are both renowned models as well.

We could say that she started her modeling career extremely early. At just two years old, Gigi was spotted by Paul Marciano from Baby Guess and she worked with the brand until the time came to focus on school.

Hadid attended Malibu High School, where she was captain of the volleyball team as well as a competitive horseback rider. She graduated in 2013 and moved to New York City where she began studying criminal psychology in 2013, but suspended her studies later on to pursue her modeling dream. 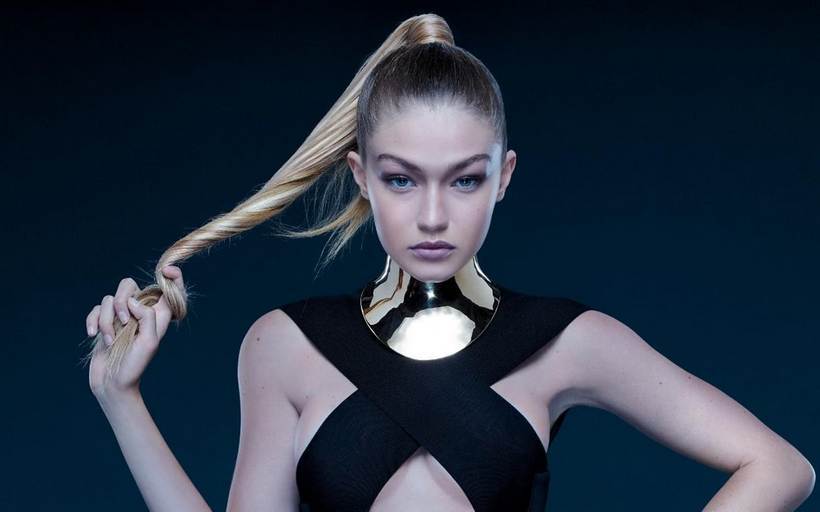 The year 2015 seems to have been a year of big accomplishments for Hadid, since she started it as Daily Front Row’s Model of the Year. She appeared in the 2015 Pirelli calendar, became the brand ambassador for Maybelline and got to work for top designers like Marc Jacobs, Chanel, Michael Kors, Jean Paul Gaultier, and Max Mara.

But the beautiful blonde hottie ended the year on an even higher note, when she made her first appearance at the Victoria’s Secret Fashion Show in December.

The next year continued in the same big manner for Gigi. In January 2016, she became the global brand ambassador for Tommy Hilfiger, showing up in campaigns for underwear, apparel and fragrances. She found herself on the cover of countless magazines like Vogue, Schön!, Elle Canada, and Harper’s Bazaar and walked for the biggest fashion brands in the world. She was even featured in some movies and music videos and also became a host for several awards.

While 2017 has barely started, the gorgeous Gigi Hadid already got to work for the spring/summer campaign, with another Tommy Hilfiger collection presented this month. In March you will see her on the cover of Vogue in US, UK and China. 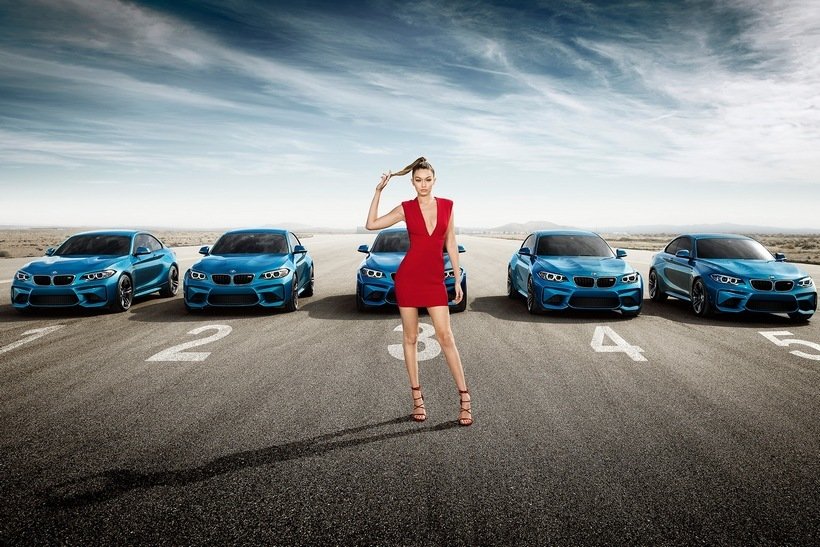 As you probably imagine, Gigi Hadid’s social media fan-base is huge, with almost 30 million followers on her Instagram account alone, and many other on Facebook, Twitter or Snapchat. She’s one of those people, whose every sponsored post on social media platforms has the power to fill their pockets with tens or hundreds of thousands of dollars.

With countless endorsements and her luscious body there’s no doubt that she makes impressive money out of thin air. Each year, magazine shoots bring her $850,000 and merchandise around $75,000.

The model has also featured in TV shows such as The Real Housewives of Beverly Hills, MasterChef, Lip Sync Battle and Those Wrecked By Success. Hadid has also hosted the American Music Awards and appeared in some music videos, including Taylor Swift’s Bad Blood and Calvin Harris’s How Deep is Your Love. 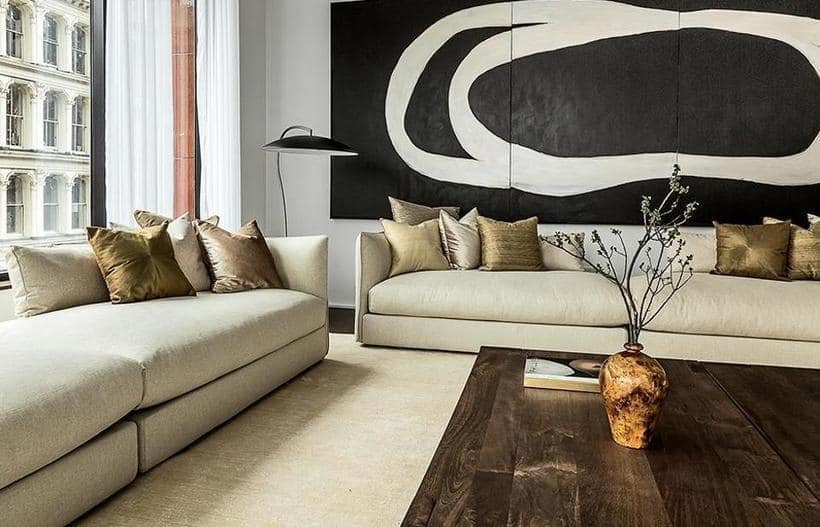 While her father is a real estate mogul, Gigi managed to purchase a dream apartment in Manhattan for a little over $4 million. Popular designer Selldorf did everything he could to give the property a smooth and modern theme, that would be perfect for Gigi.

The apartment features massive, mahogany lined windows, a shiny marble-clad kitchen and luxurious bathrooms. It’s true that it might seem small with only 2,000 square feet, but we think it’s more than enough for the model and a few friends.

Gigi Hadid Net Worth Over Time 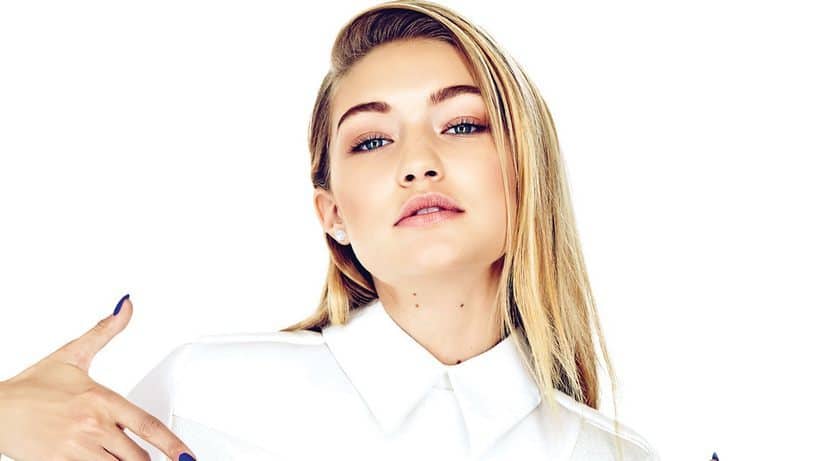 While her contract with Victoria’s Secret increases her net worth by a cool $250,000 every year, Hadid makes over $400,000 just walking for various designers at fashion shows. She earns an estimated $4.6 million per year, most of which comes from modeling.

In 2015, Gigi had about $2.5 million in assets. That increased lately and in 2020 her net worth peaked at over $29 million. I would say that this is plausible, if you think of her… uuhhh… green eyes.

With such a natural beauty, Gigi Hadid will continue to mesmerize the public for years to come. Without doubt her net worth will not be far behind.