15 Best Clear or White Whiskeys You Should Try 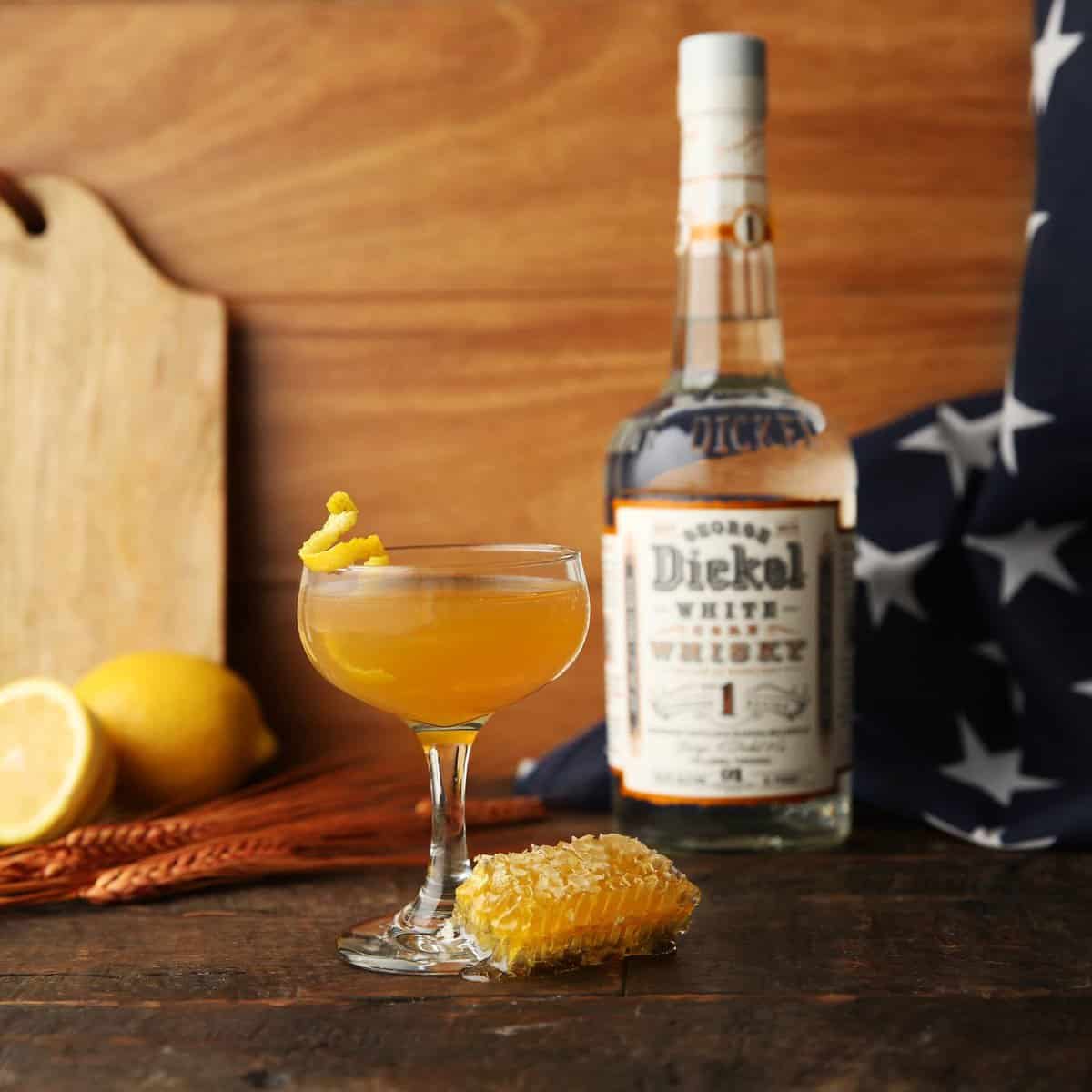 Despite being the oldest type of whisky, clear whiskey, also known as white whiskey, is something that the whiskey industry makes it feel like it’s only a recent addition.

It’s been taking the liquor world by storm in recent years, but there’s still plenty of shady information out there regarding it and what it actually is. And with the rich history whiskey has in America, with all the stories surrounding it and its initial illegal nature, it’s sometimes hard to separate truth from fact.

We’re going to try and clear out some of the misconceptions when it comes to white whiskey and also provide you with some of our favorite bottles of this lesser known spirit. It’s actually a delicious one, and it makes for a great cocktail ingredient, replacing other more common used spirits, like gin or vodka.

What is Clear or White Whiskey?

Clear, or white whiskey, is a fermented, distilled, and filtered spirit that has no color. Actually every whiskey is colorless when it comes out of the still. The color of the typical whiskey is given by its interaction with the wood of the barrel in which it’s aging. And this leads us to a particularity of white whiskey, and that’s the absence of barrel aging.

White whiskeys are unaged, therefore come without that gold, brownish color we’ve been used to. They’re kept in non-charred barrels to prevent any pigment compounds in the wood to influence its appearance. They’re also stored for a lot less time, thus minimizing flavor leaching. 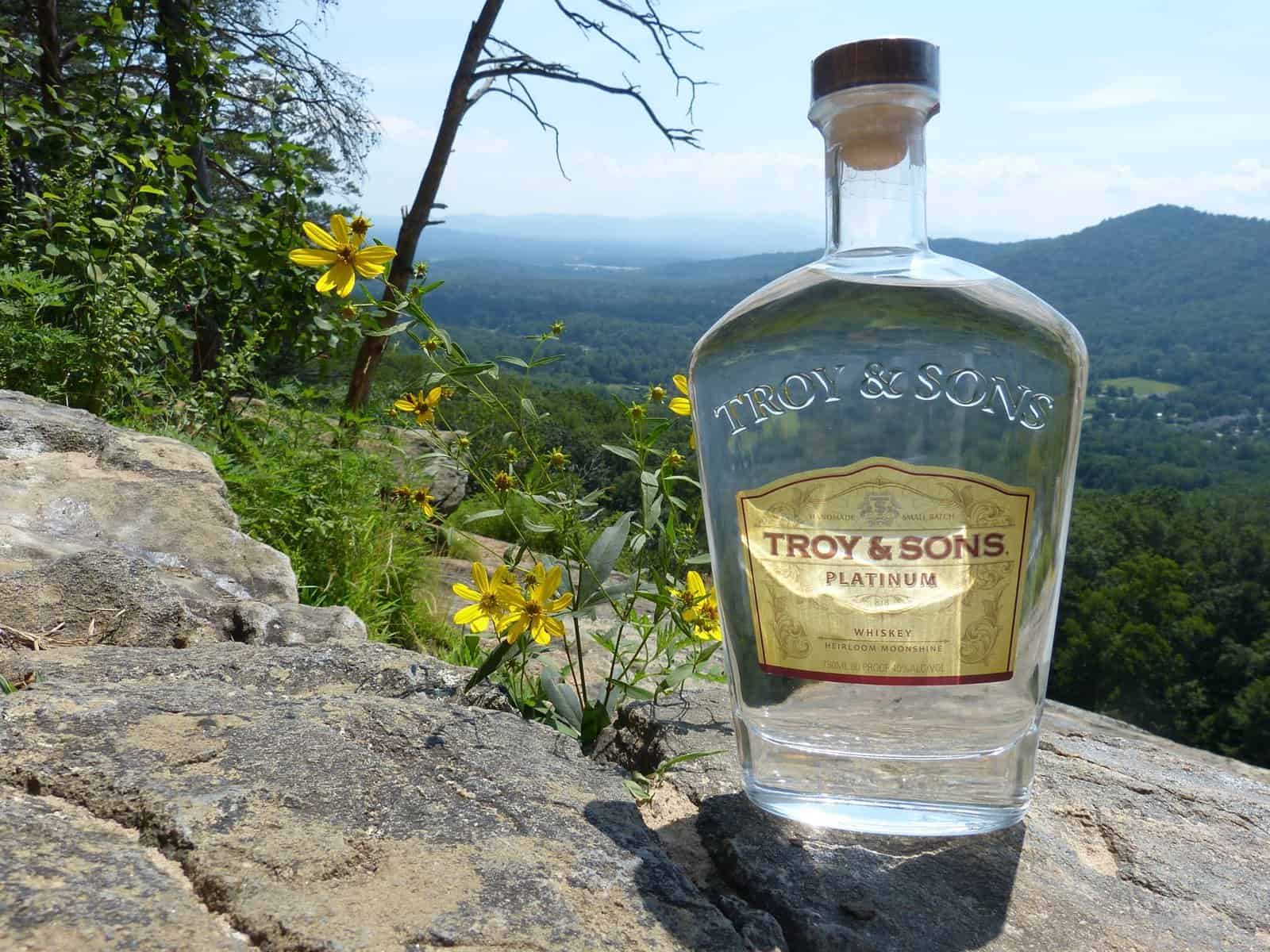 The popularity of a thing is often a subjective matter, and such is the case with white whiskey as well, but there are few things that have driven it down for a long time, or up in the recent years.

One reason is that due to white whiskey being unaged, it takes a lot less time for it to reach the market, which in turn, could have driven the sales of the usual whiskeys and bourbons down, so the solution was to keep prices high enough for white whiskey to protect and help manufacturers get by while their usual whiskeys, bourbons and Scotches age.

Things started to change when a few manufacturers started selling their version of white whiskey, which they called “white dog”, at prices that were significantly lower, which led things to change. 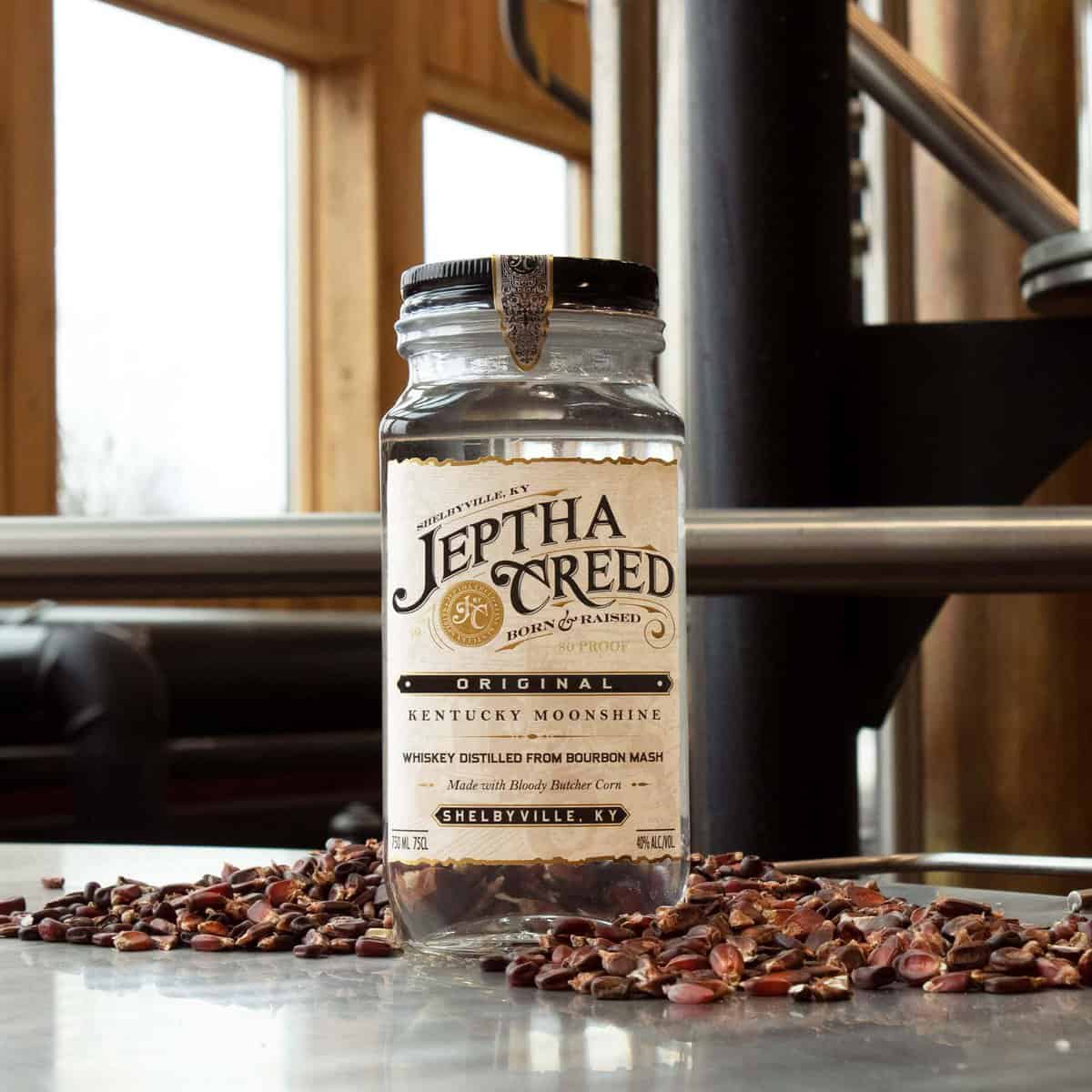 There are a few characteristics that make white whiskey different from other types of whiskey.

First, the fact that it’s technically unaged. At least most of them, as there are still some white whiskey manufacturers that age their products for a few days inside uncharred barrels.

Then the spirit is placed in filtration chambers, with the purpose of removing any color that the liquor may have acquired during the short aging period. After all this is done, they’re eventually bottled and head to the shelves of the stores.

Another important characteristic is the taste. Clear whiskey brings a raw and simple taste, one that depends very much on the bill used to make it. The grain bill features 80% corn at the minimum, so typically it’s a corn whiskey that has a natural sweet corn aroma, without any other flavor like the ones found in aged whiskey.

White whiskey also comes with a very nice smoothness to it, without any harshness given by other flavors or ingredients.

How to Drink Clear Whiskey

White whiskey can be too strong for some people, which is why the recommended way to serve it is in a cocktail. There are plenty of cocktails out there made with white whiskey, so just choose an appropriate one for you and your tastes.

This type of whiskey is known for its ability to elevate a cocktail’s flavor profile, which only makes it rise in popularity even more.

Let’s take a closer look at the 15 best white whiskeys: 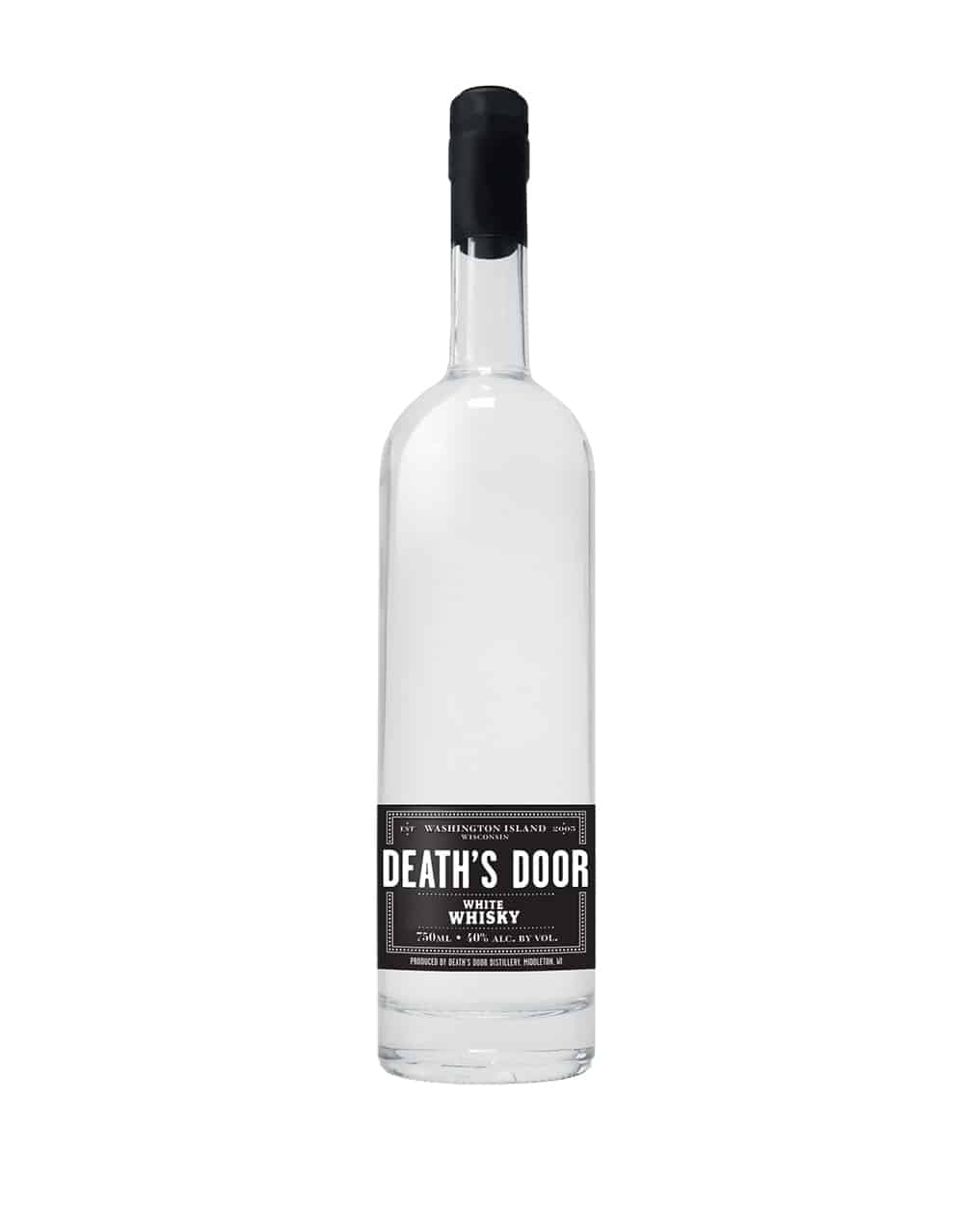 Though not necessarily made with the typical ingredients white whiskey is made from, Death’s Door White Whiskey is still one worth of trying out. It’s a craft whiskey made from different grains, fermented with champagne yeast, and aged in uncharred casks.

Though it’s got the clarity of white whiskey, it definitely comes with some subtle flavors, with tequila, vodka, and gin among them. It’s not the rule abiding white whiskey some are hoping for, but it’s a unique spirit that deserves the praise. 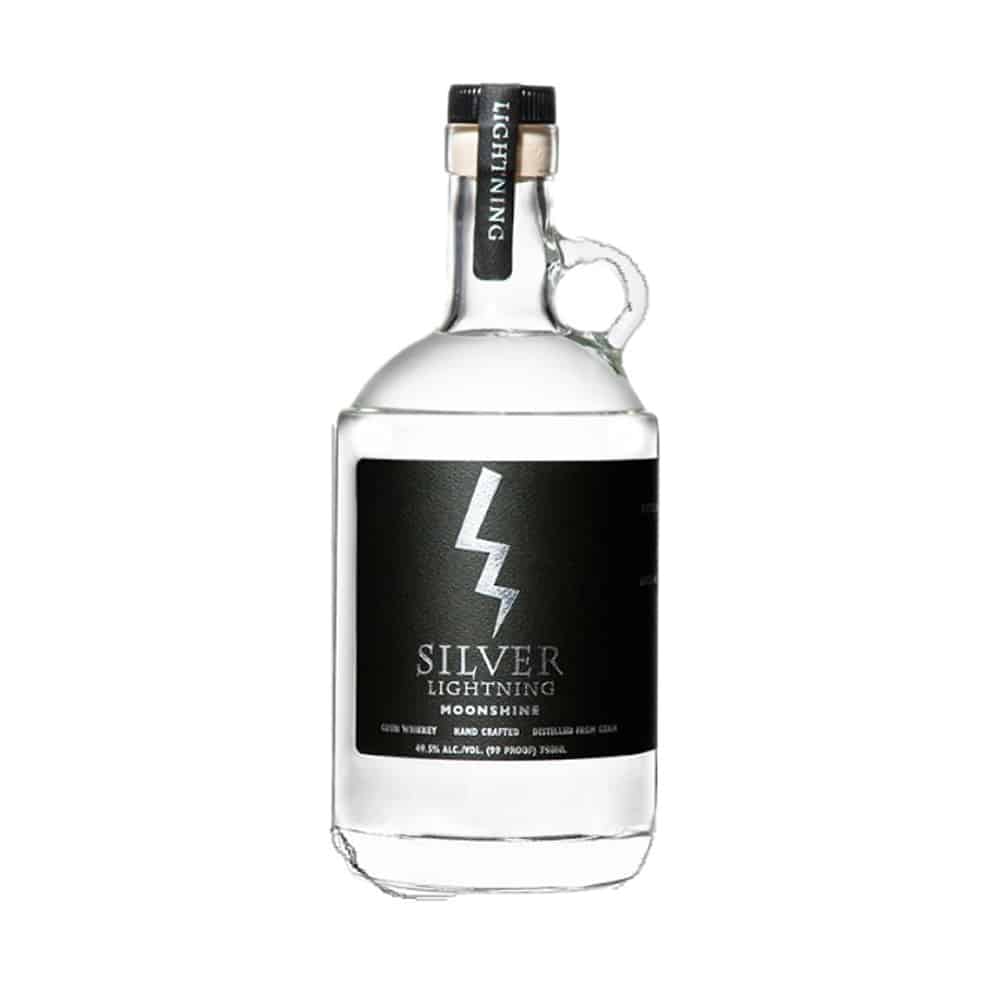 The Silver Lightning Moonshine is a pleasant “white dog” with floral notes, 100 proof, and boasting a mild finish. It’s distilled in California and bottled in a traditional whiskey jug, adhering to the old customs.

On the palate it’s felt hot, but the floral touch and cherry-like sweetness make it delightful, despite the sharpness of the alcohol that takes away some of the flavor. It sells for a little under $30 a bottle. 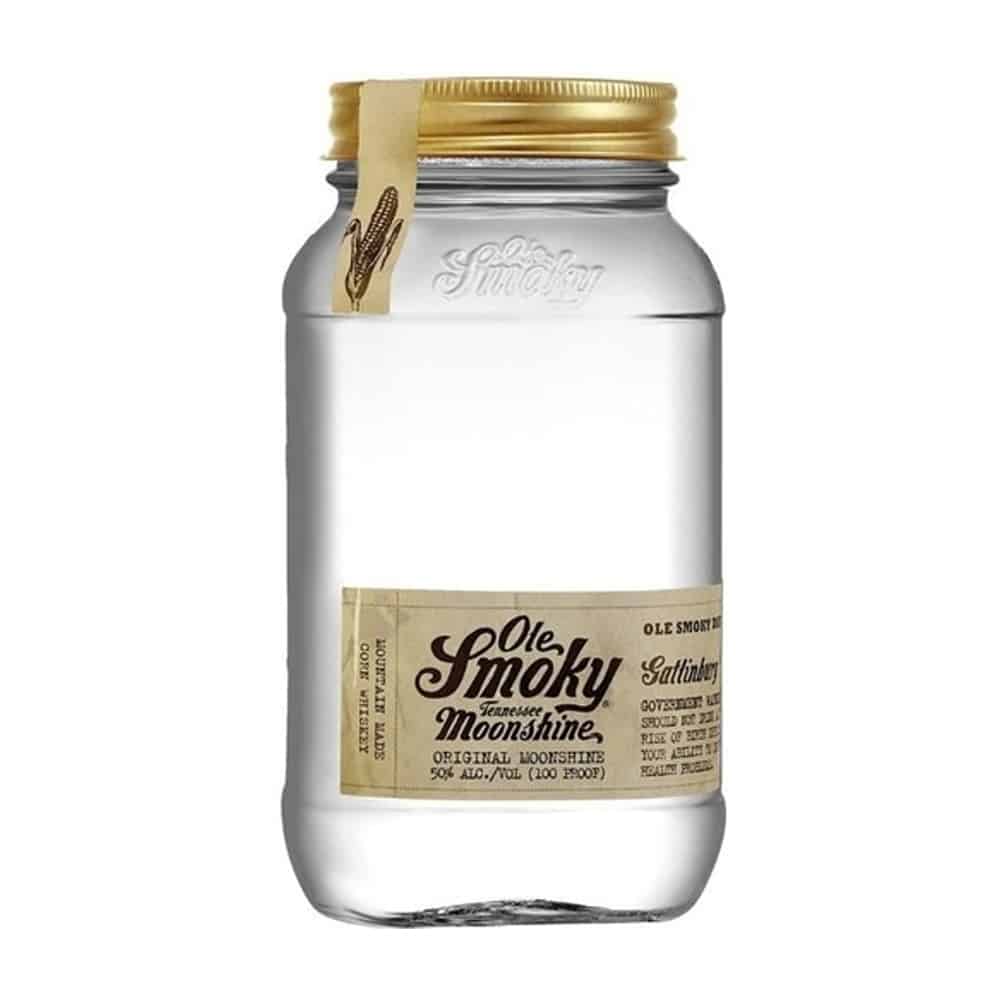 Made after a 100 year old recipe, the Ole Smoky Mountain Original brings a smoothness and a sweetness that are just right, and makes for the perfect cocktail ingredient.

The producer goes even further and delivers it in the stereotypical canning jar that should remove any pretentiousness that other brands come with. It’s got no other flavor, it’s clear as water, and 100 proof, so whatever you’re up to that night, it will be on fire pretty soon. 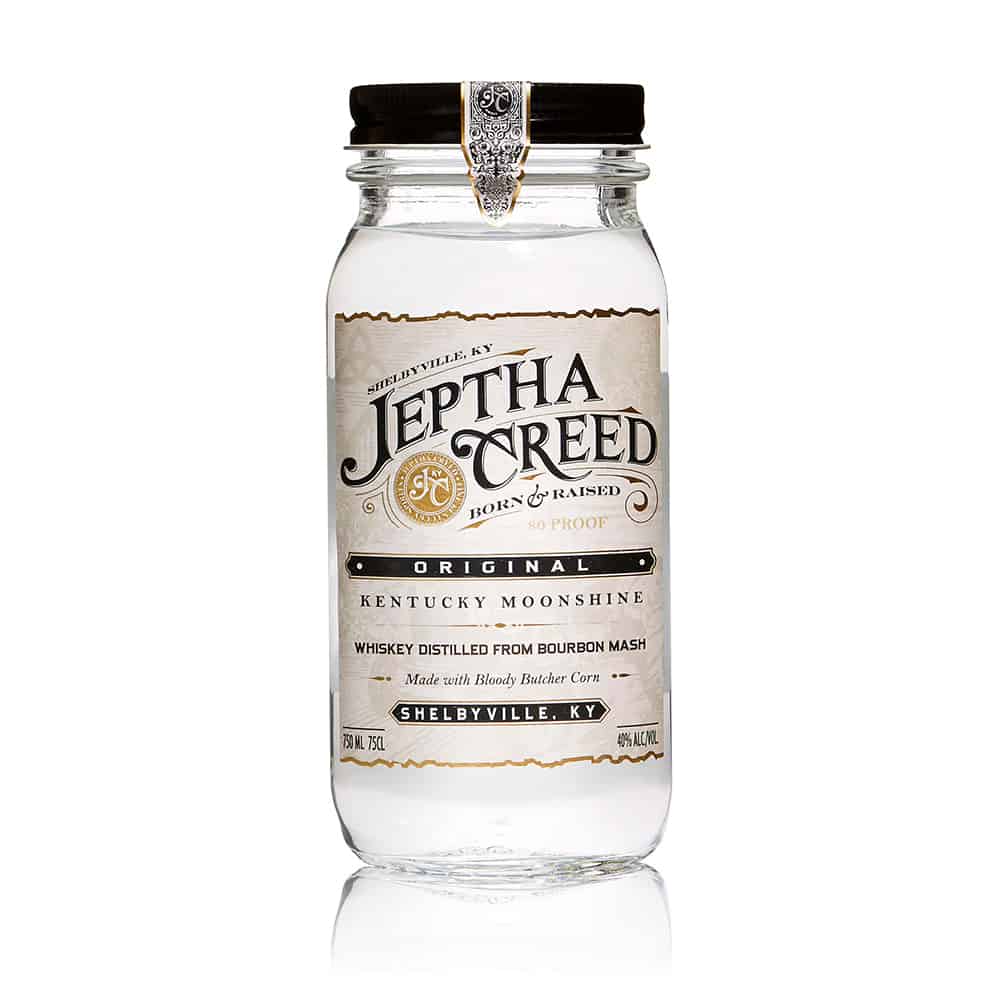 The Jeptha Creed Original Moonshine is a superb four grain whiskey made from the Bloody Butcher heirloom corn that adds a rich flavor and gives it a nice earthy tint.

Though it’s a newer player on the market, it’s definitely one worth trying. Speaking of which, it might be a good idea to try it straight, by itself, first, despite being uncommon for white whiskey. 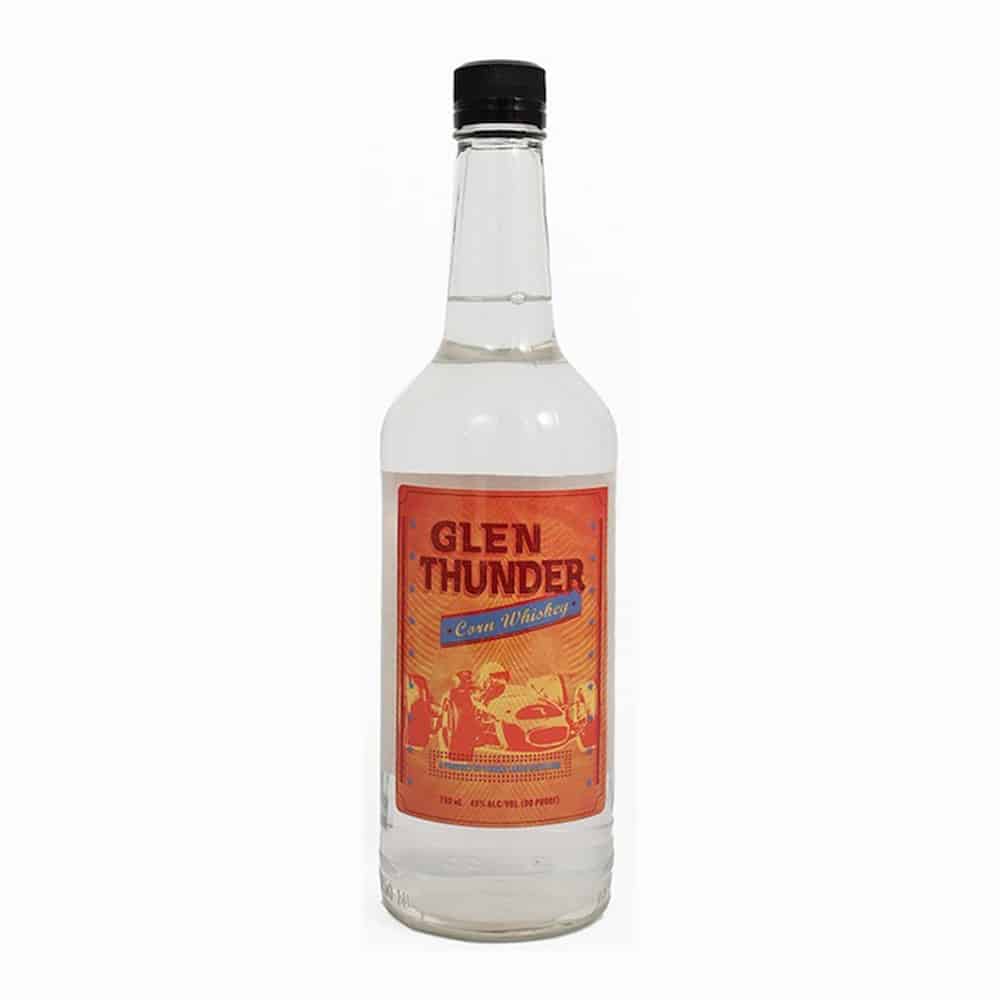 Glen Thunder brings a nice sweetness to it, coming from the full corn aroma, but the 90 proof will pack a good punch, so expect it. This whiskey is made from New York State corn, which is what brings that sweet tasting notes and a flavor of fresh cornbread dough.

Though punchy at first, it mellows down, so it’s reduced harshness allows and even calls for having it neat, or with some ice. 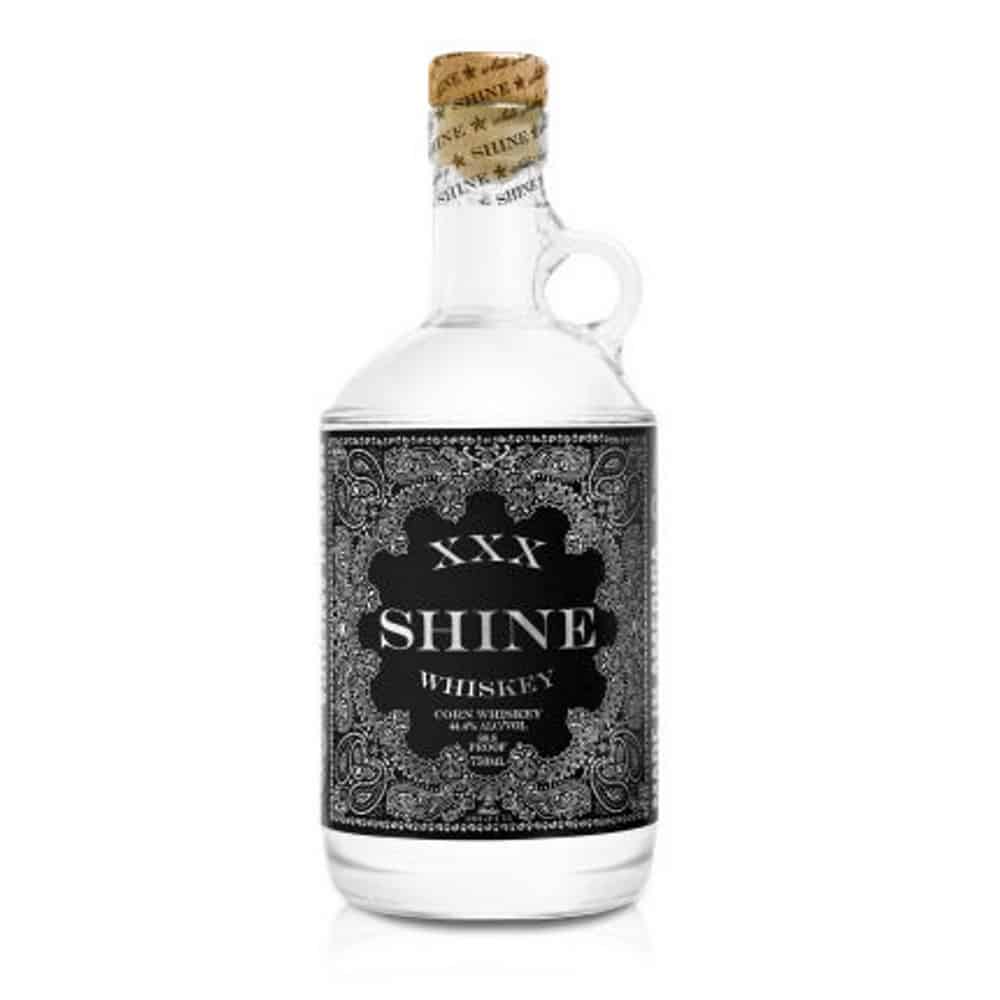 The whiskey itself is much better than plenty other corn whiskies out there, with a bright and clear body, rich heirloom corn flavor, and a nice sweetness to it, finishing with creamed corn and spice. It even gets some subtle citrus notes, making it a very interesting overall whiskey. 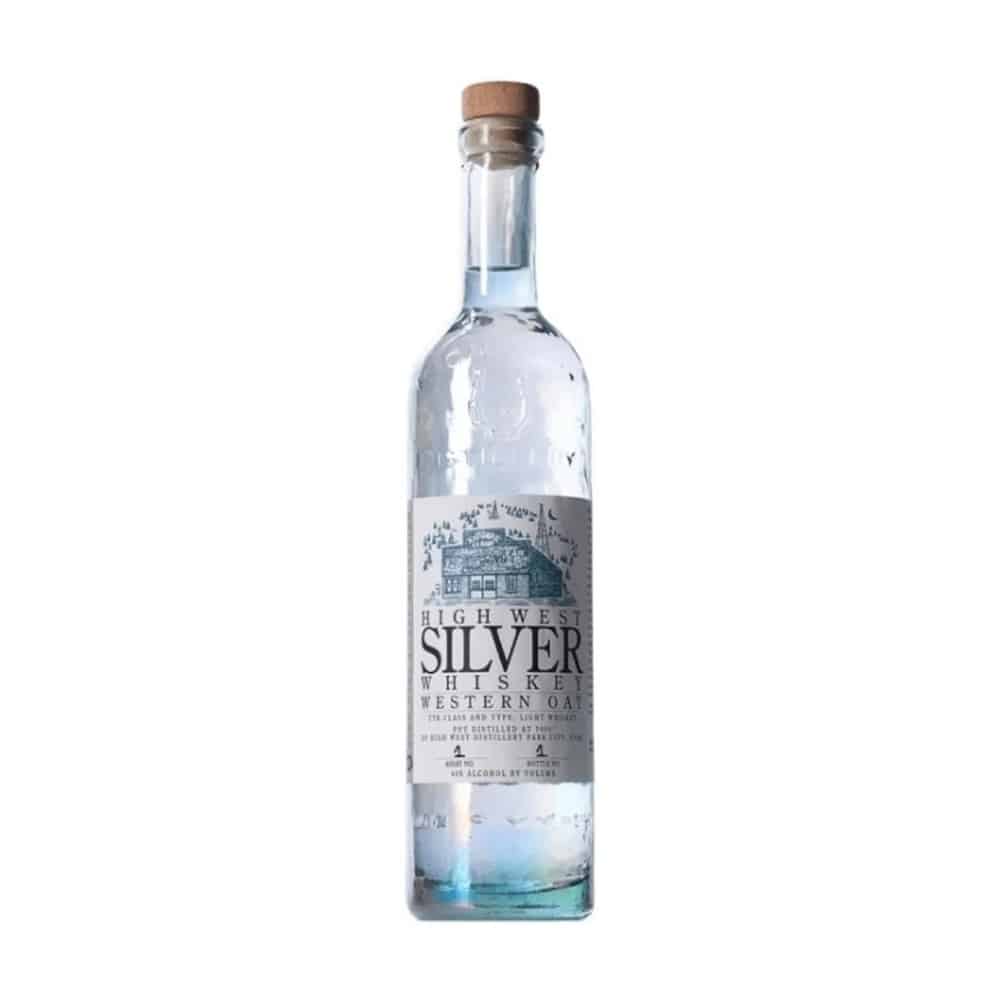 As you can probably figure out from the title, the High West Silver Western Oat Whiskey is somewhat of an oddity among whiskeys, being made from oat. It’s an experiment in new grain whiskey, but one gone well, and worthy of trying.

Once you get over its unusual ingredients, it proves to be a good option for a daily drinker. It’s soft and fruity on the palate, and lacks the aggressiveness of dried corn taste that white whiskies generally have.

This one is made using a pot still, which gives it a richer flavor, and a certain rarity, as most distilleries have gone on using the more efficient column stills for all their spirits. 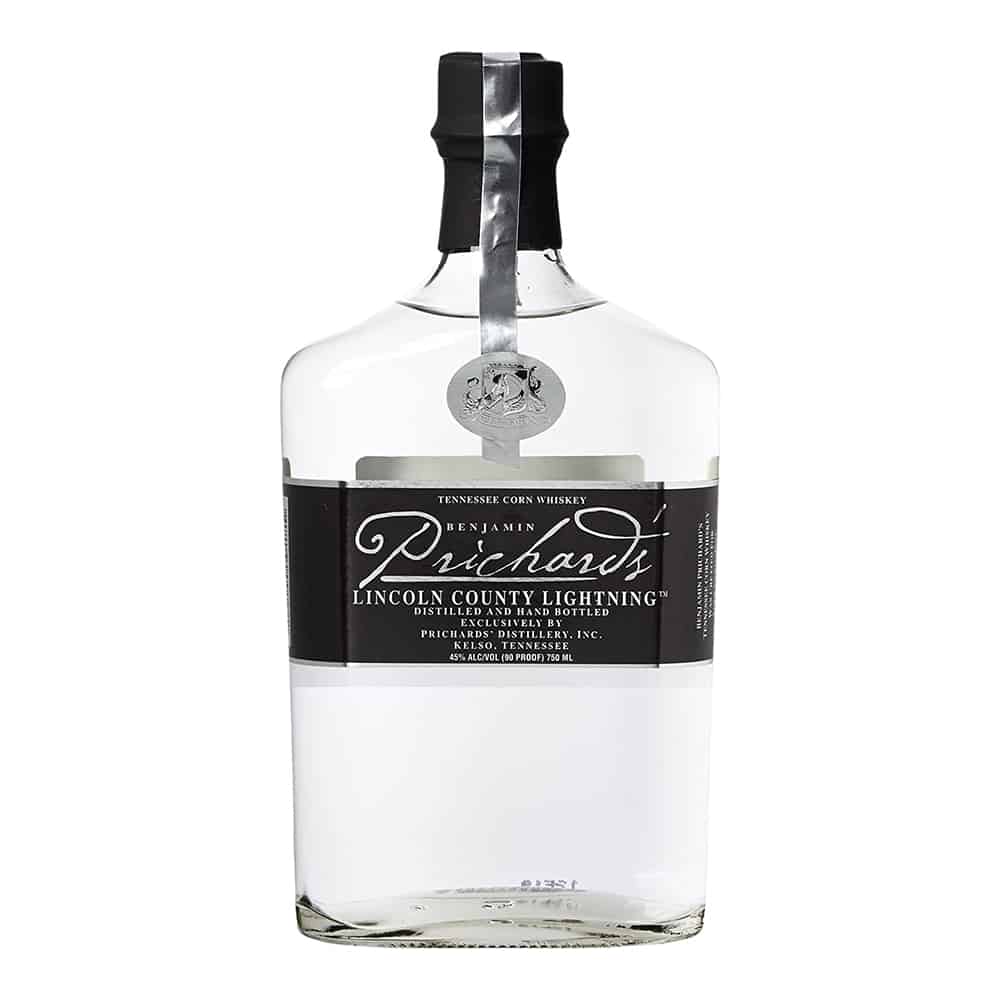 Prichard’s Lincoln County Lightning brings the unmistakable corn flavor in the spotlights and it does it well. It’s a sweet and bold white whiskey, but there’s something to it that makes it very drinkable.

There’s also subtle notes of honey, vanilla, and pear, adding to the overall sweet mellow taste that makes this whiskey so enjoyable. It makes for a good choice for serving neat. 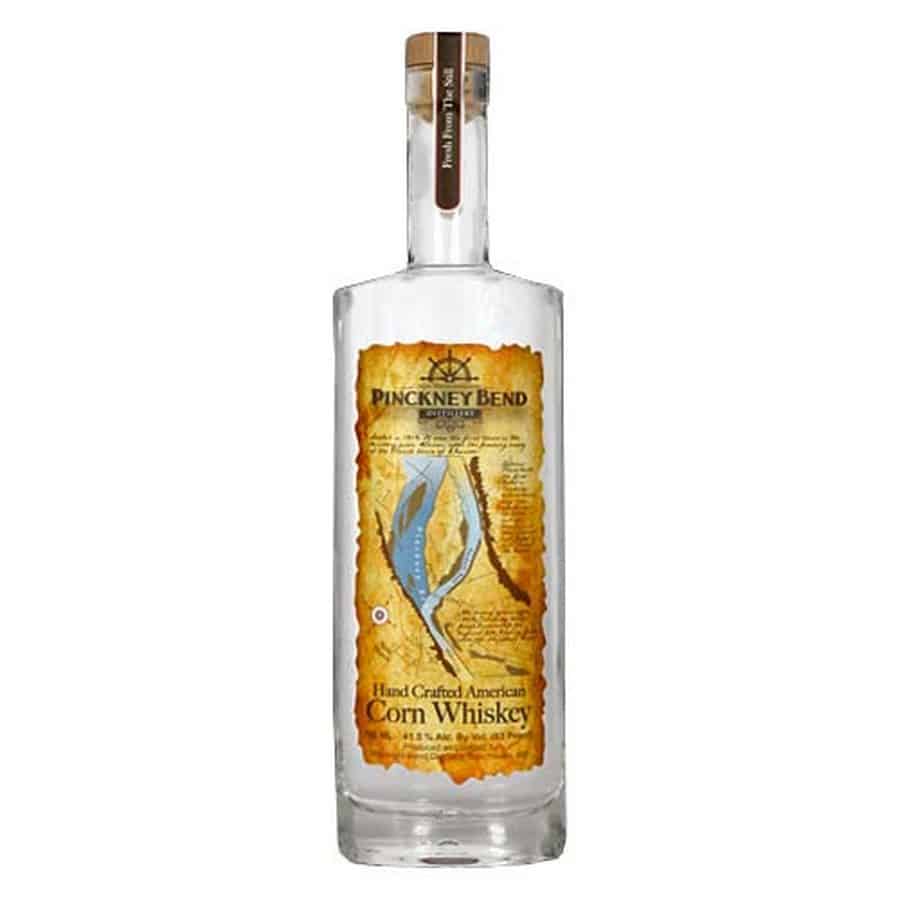 Another brand that managed to stay true to the historic beginnings of the traditional so called white dog, the Pinckney Bend made the American Corn Whiskey, which brings together all the good stuff of those past times and none of the bad.

Pinckney Bend American Corn Whiskey features a grain bill made of 95% corn and 5% rye. It’s made in small quantities, remaining true to its heritage, but it’s no moonshine. There’s a clean crisp corn note on the palate, a little sweet, with a short finish, and a smoothness that makes it easily drinkable neat. 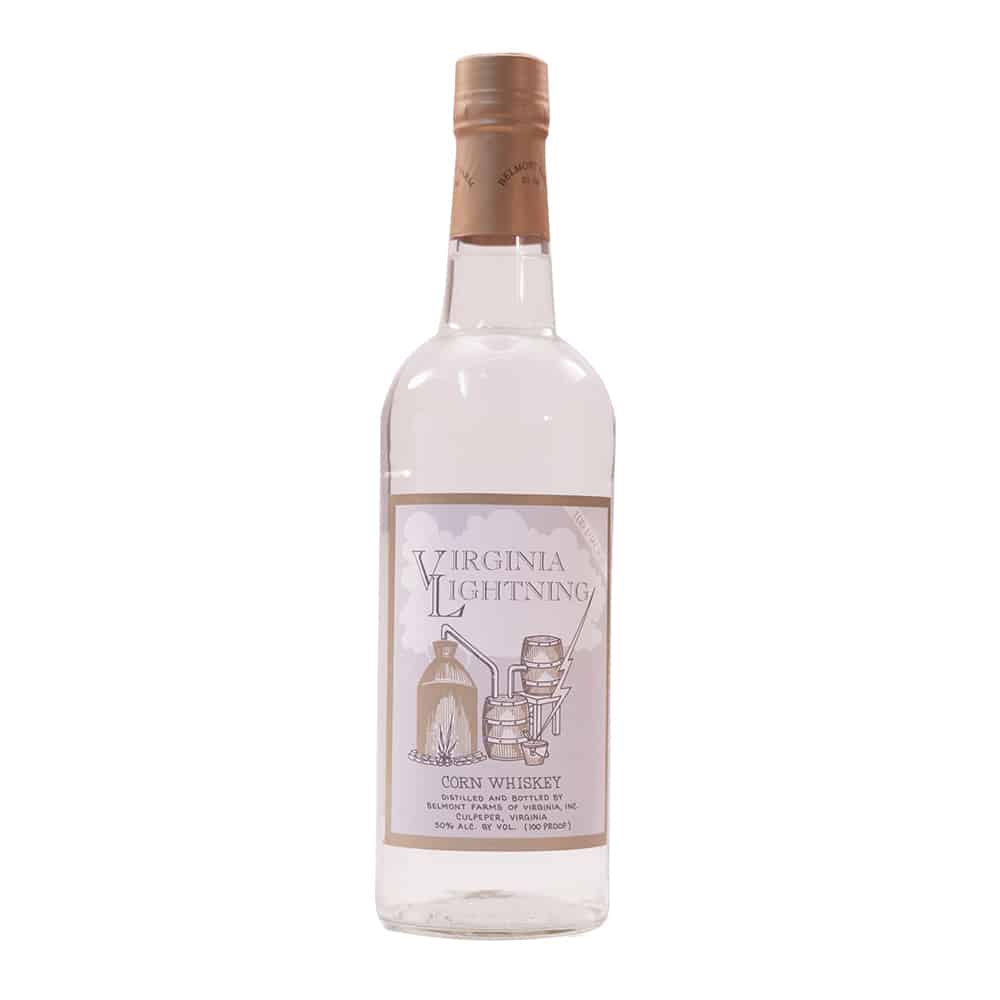 As an old family recipe, Virginia Lightning brings even more of the rich heritage of the 19th century into a legally available bottled white whiskey.

It’s made with Virginia farm grown corn only, double distilled, 100 proof, so it comes with plenty of punch. It’s light on the nose, with hints of buttered popcorn and just a little bit of oak. On the palate is light as well, and comes with a bit of sweetness, which turns into a more complex flavor. 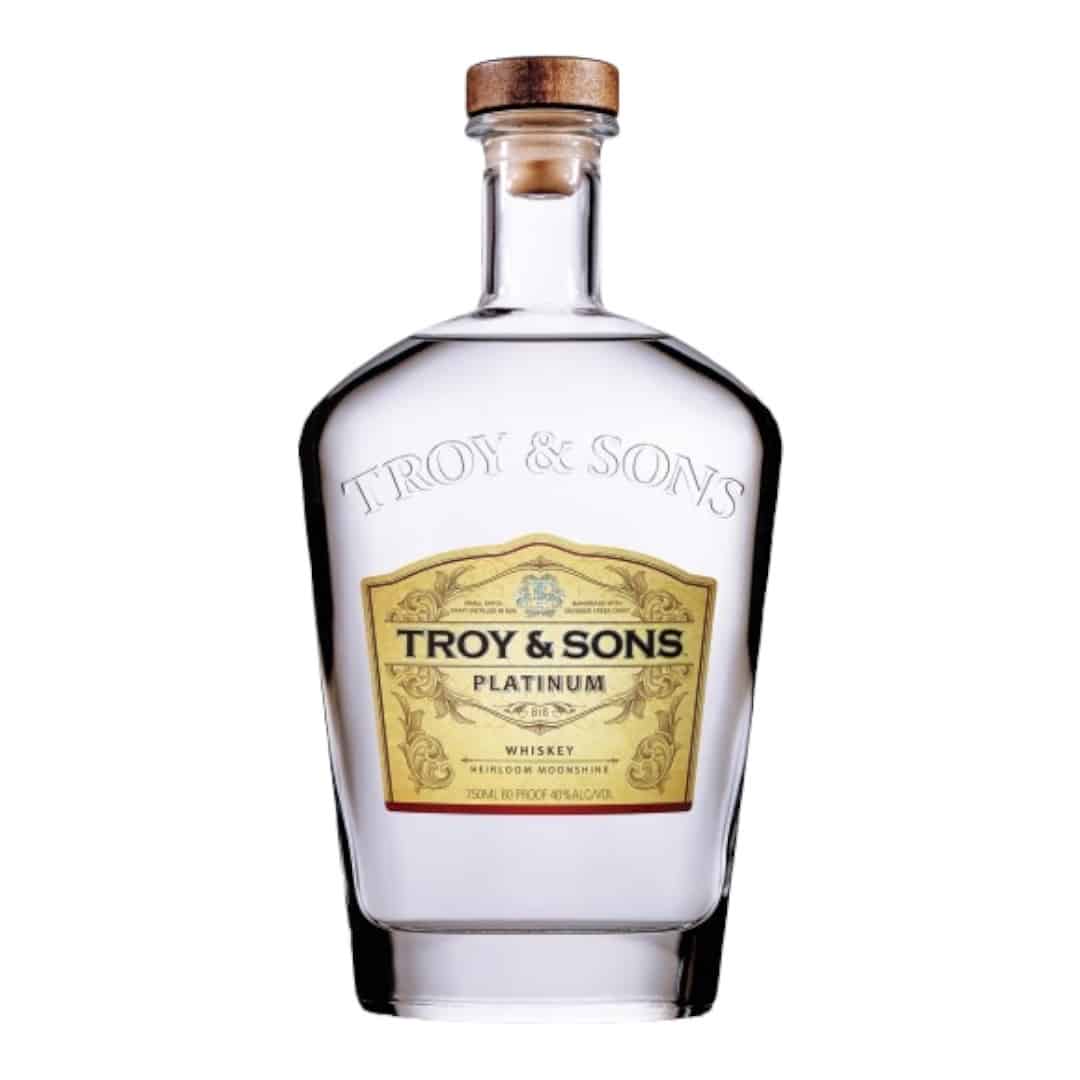 Made from heirloom white corn and distilled using only Appalachian spring water, the Troy & Sons Platinum ensures its superiority and brings homage to traditions of old.

It comes at 80 proof, with a nice corn fragrance, and a smooth flavor profile, eventually leaving you with a slightly fiery yet pleasant finish. 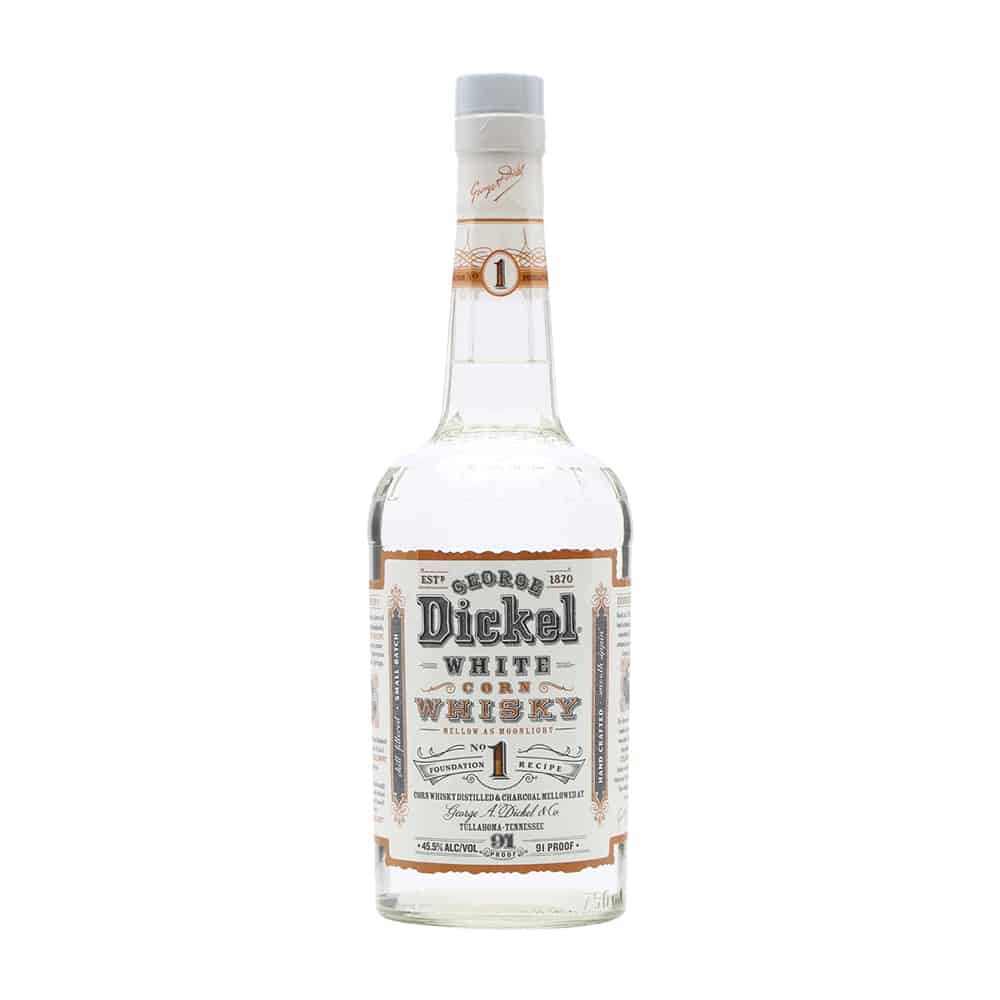 The George Dickel No. 1 White Corn Whiskey is the “white dog” you’ve been searching for, mellowed through the use of charcoal filtering, and smooth to taste, perfect for that almost too good to be true cocktail.

It’s a 90 proof white whiskey that comes without the harsh nose of the usual corn whiskeys, thanks again to the charcoal filtering, and also brings subtle notes of pepper and sweet bread, with a finish that reminds of vodka. 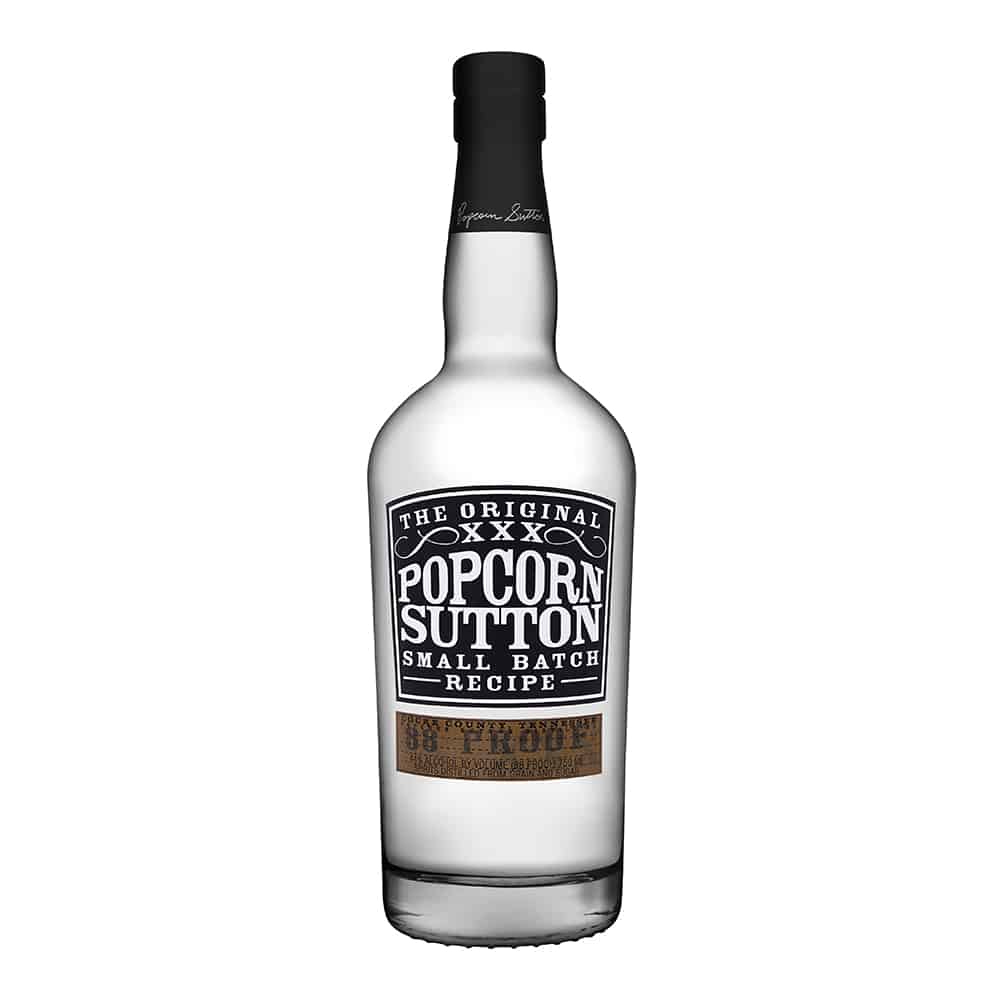 Coming in at 88 proof, the Popcorn Sutton White Whiskey is a smooth and sweet spirit made in Tennessee, as a tribute to one of the best moonshine makers of the past, the legend Marvin “Popcorn” Sutton, who used to sell illegal moonshine from the back of his Ford truck back in the days of the Prohibition.

It’s made using the same 100 year old recipe past down from earlier generations of moonshiners to Sutton himself, and the result is almost flawless, a clean, good white dog to enjoy it in your favorite cocktails. 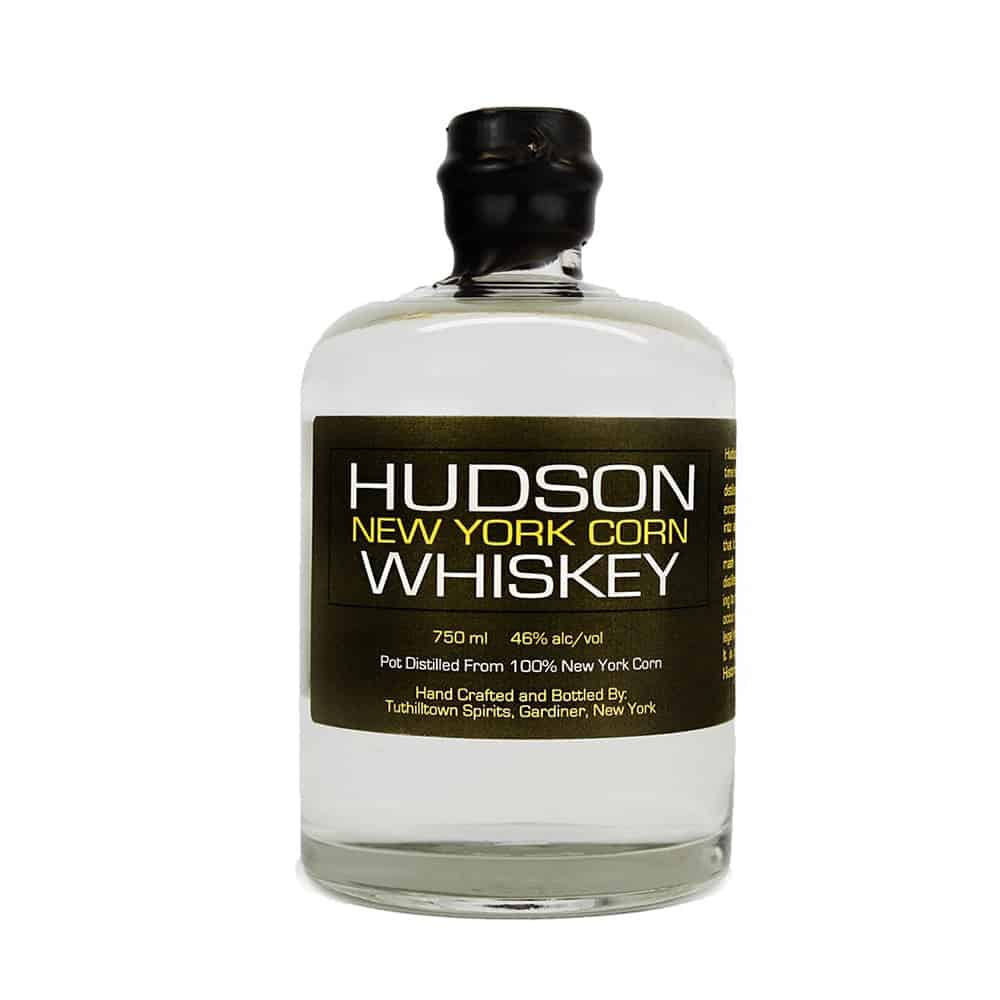 The Hudson New York Corn White Whiskey is made, as the name clearly states, from only New York Corn, following the traditional practices and adding no additional sugar. The whiskey brings out only the best parts of the corn, with a delicious taste, smooth texture, perfect for spicing up some of your favorite cocktails.

Now discontinued, it was made by the Tuthilltown Spirits distillery, bottled at 46% ABV, and sold for a premium price. It’s still available today, so no worries that you won’t find it on the shelves, but it’s a must try if you get the chance. 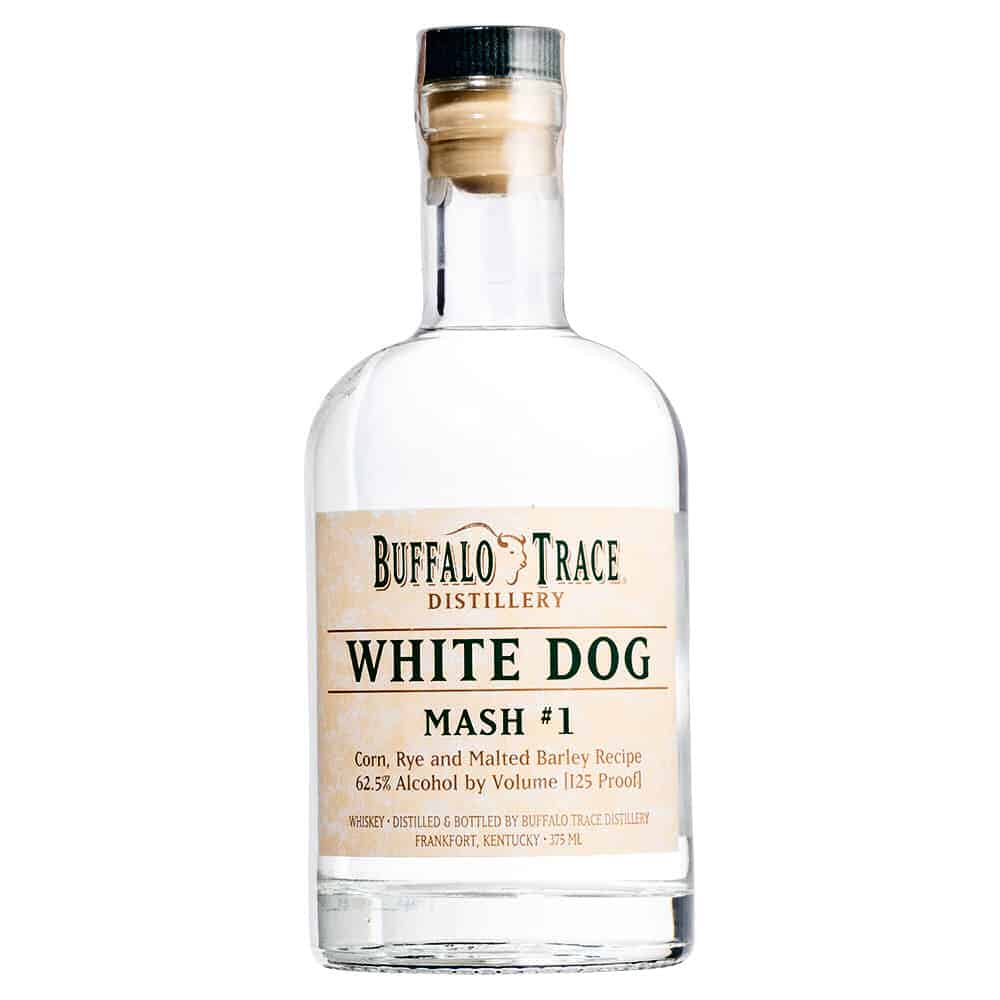 Kentucky’s Buffalo Trace started their own journey in making white whiskey and brought to life the White Dog Mash No. 1. It’s a well made white whiskey, with a mash bill that brings with it a sweetness and a spiciness that balance out together to make this spirit enjoyable.

There’s several layers of flavors, including vanilla, cream of wheat, and almonds, with granola and rye coming after, on the palate.

It’s already clear that white whiskey is here to stay. And since that’s the case, you might as well grab some of these bottles and try it out. You never know how good something is until you try, so sometimes it’s best just to allow yourself to be surprised.

These 15 white whiskeys are some of the best descendants of the illegal moonshine of the past that started the spirit distilling movement in America.