The 20 Most Expensive NFTs Ever Sold 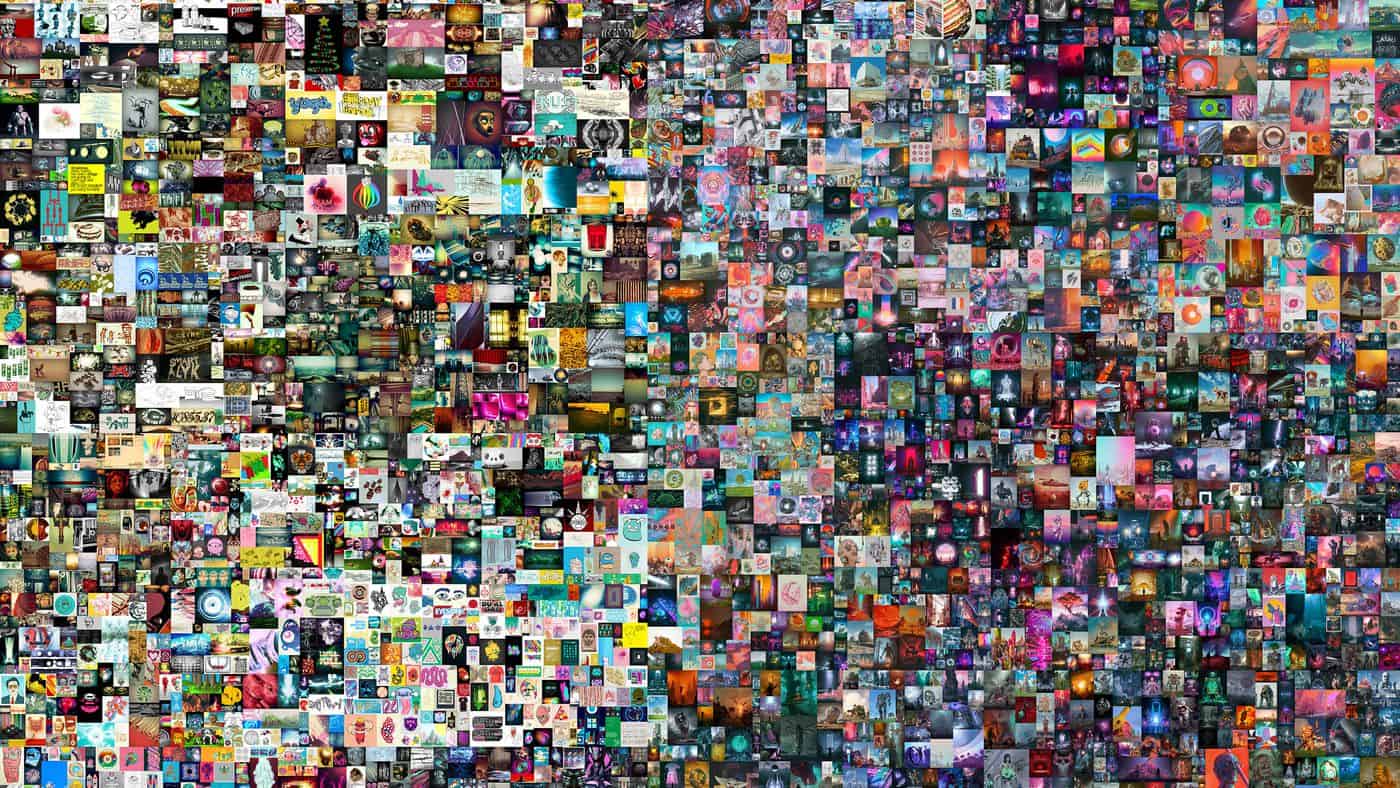 The NFT market really took off in 2021, with a momentum that seems to remain alive, seemingly even climbing. NFTs, or Non-Fungible Tokens, are the new way investors spend their money. Some of those pieces sold well into the millions of US dollars at various auctions.

The most expensive to date sold for just over 90 million dollars, with many of them regularly going over one cool million. Sounds bonkers, right?

Just in case you’re not familiar with the term, NFTs are unique digital assets that represent collectibles and works of art. Non-fungible is something that is unique and irreplaceable, unlike a bitcoin, for example, that is fungible, or something that can be traded. 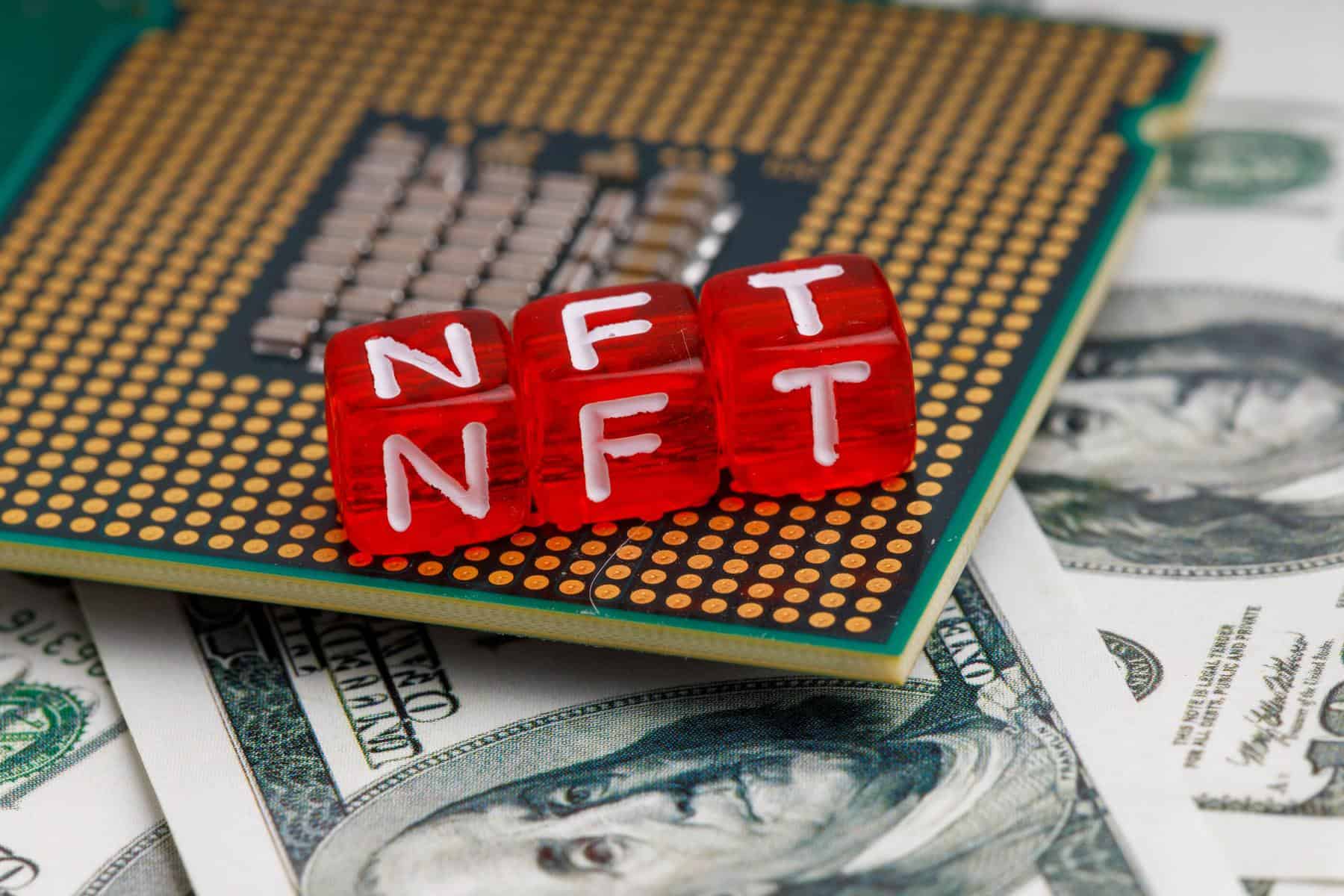 How Do They Work?

This is where things get a bit blurry, so let’s try to clear it up. Most NFTs are part of an Ethereum blockchain. Ethereum is one of the world’s most important cryptocurrencies, but the blockchains that support NFTs store extra information, which works differently from the cryptos, for example.

NFTs are digital forms of art, and they come as drawings or music, even in video form. This form of digital artwork exists only on the internet, as a code.

When you purchase an NFT, you get ownership of the actual piece, but the artist retains the copyright and reproduction rights of the piece. In that sense, it works just like with actual artworks. Simply put, we can all purchase a Monet print, but only one person owns the original piece.

We hope that cleared things up for you, because we’re ready to show you how you can spend your millions if you don’t know what to do with them. These are the 20 most expensive NFTs ever sold. 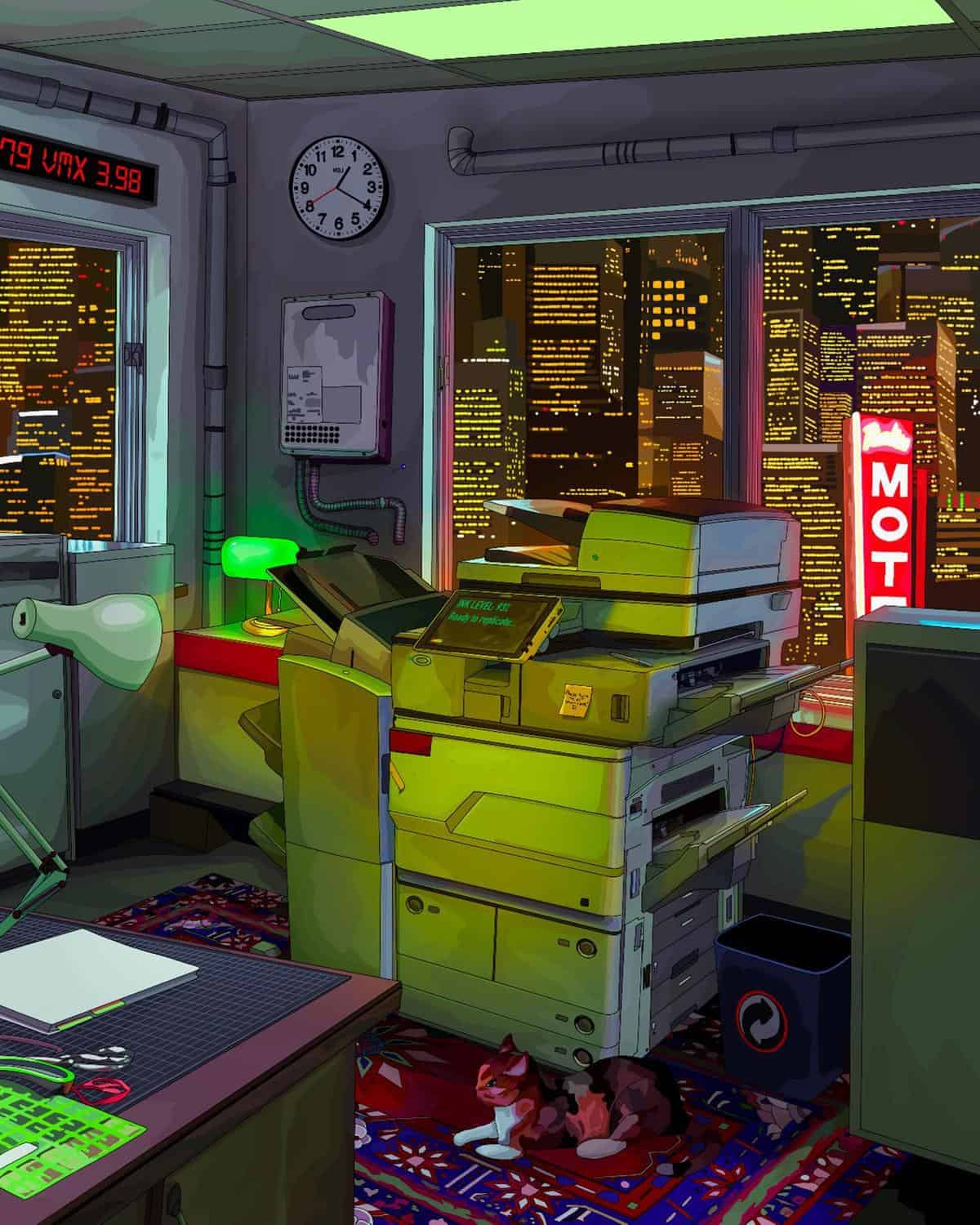 Canadian artist Michah Dowbak, aka Mad Dog Jones, created this futuristic piece that replicates itself every 28 days. It is sort of like the old-school photocopier it depicts. The buyer owns anywhere between 180 and 220 unique NFTs, and each individual one has its own resale value.

The NFT is considered an experience that comprises seven generations of unique artworks, according to seller Phillips art auction house. It sold in April 2021 for $4.1 million dollars, which makes Mad Dog Jones the most expensive Canadian living artist. 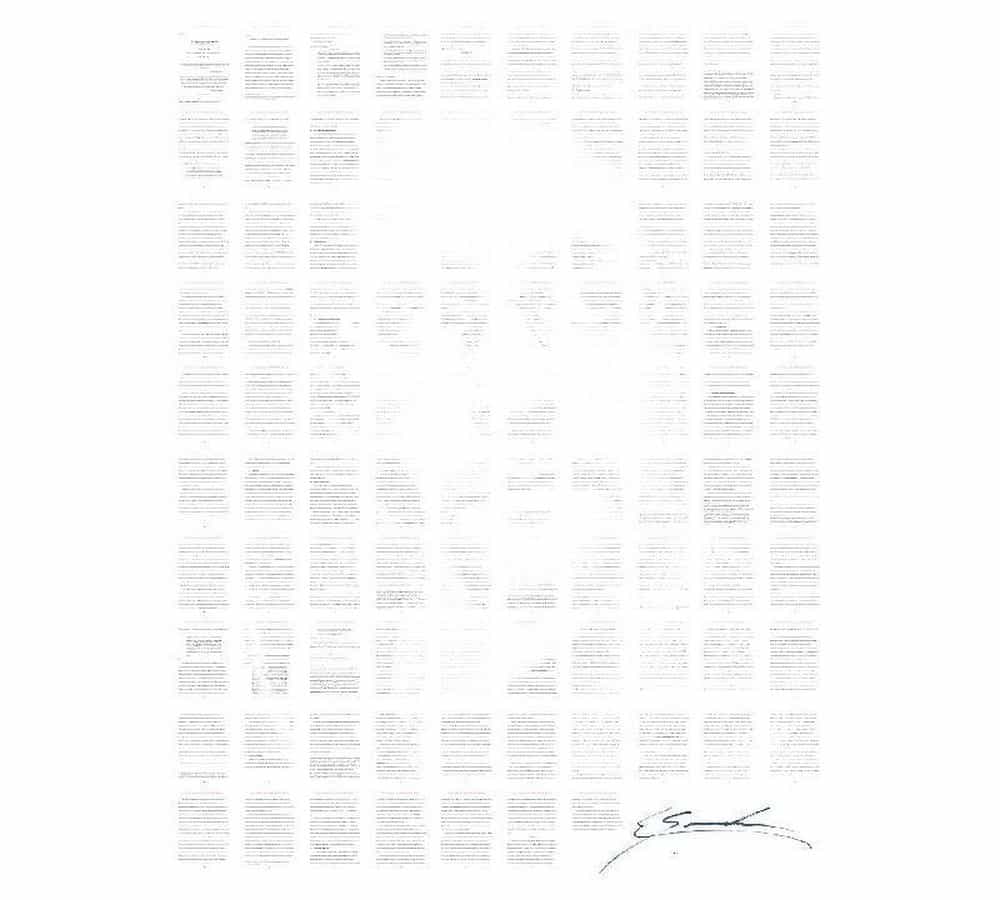 The NFT by Edward Snowden features the court documents that decided the National Security Agency’s mass surveillance practice was against the law. Snowden’s portrait by Platon is overlaid over the text with a subtle black and white sketch.

The piece sold for $5.4 million in April 2021, and the proceeds went to the Freedom of the Press foundation, which advocates for whistleblowers. 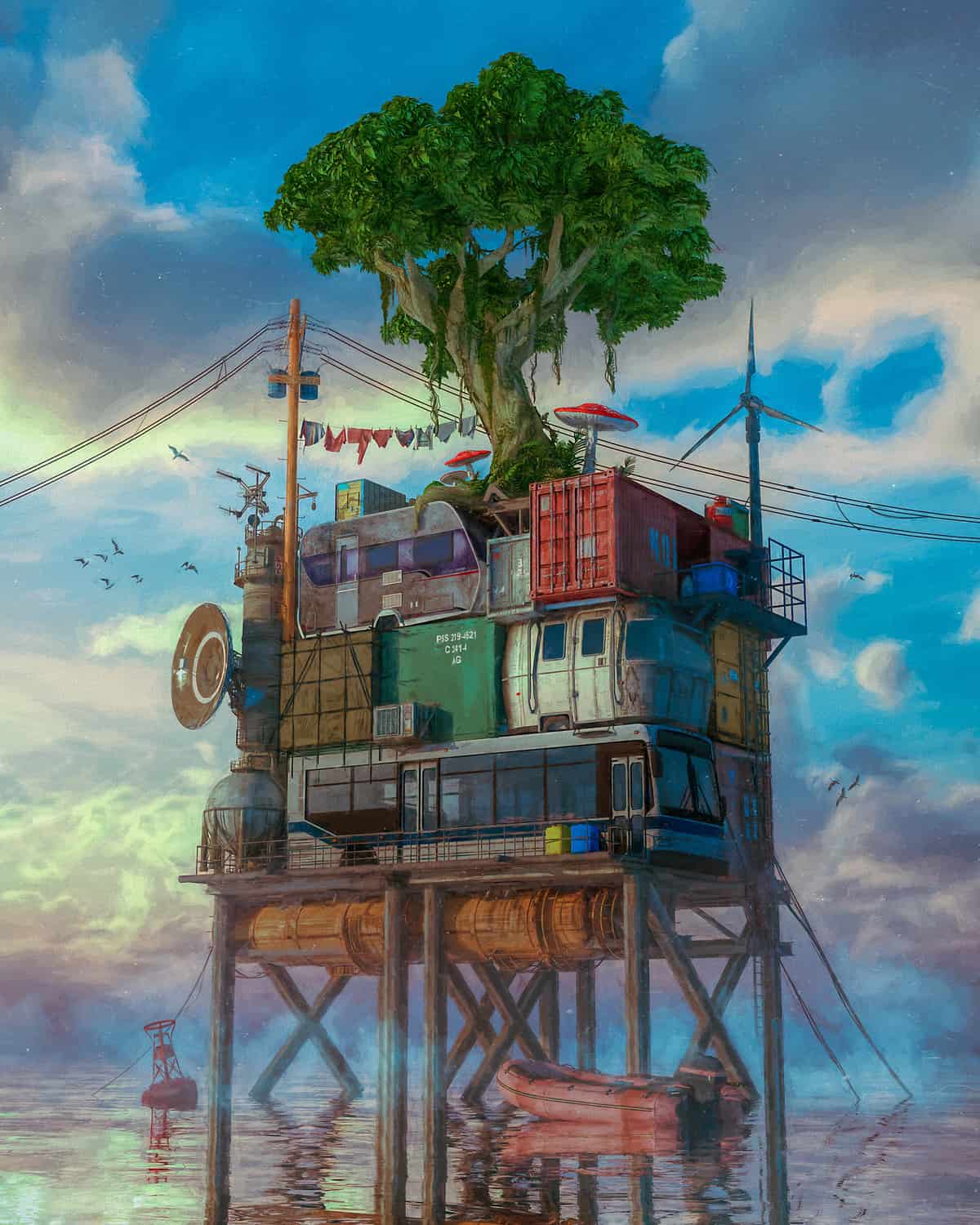 A Beeple artwork, Ocean Front sold for 6 million dollars in March 2021. After intense bidding, it was the CEO and founder of Tron Foundation, Justin Sun who won the final bid. Part of Beeple’s Everyday series, this piece shows a whole bunch of containers and trailers that are stacked one on top of one another on a platform that sits in the middle of the ocean.

On the top of these dystopian man-made objects there is a tree, which has mushrooms growing underneath it.

17. A Coin For The Ferryman 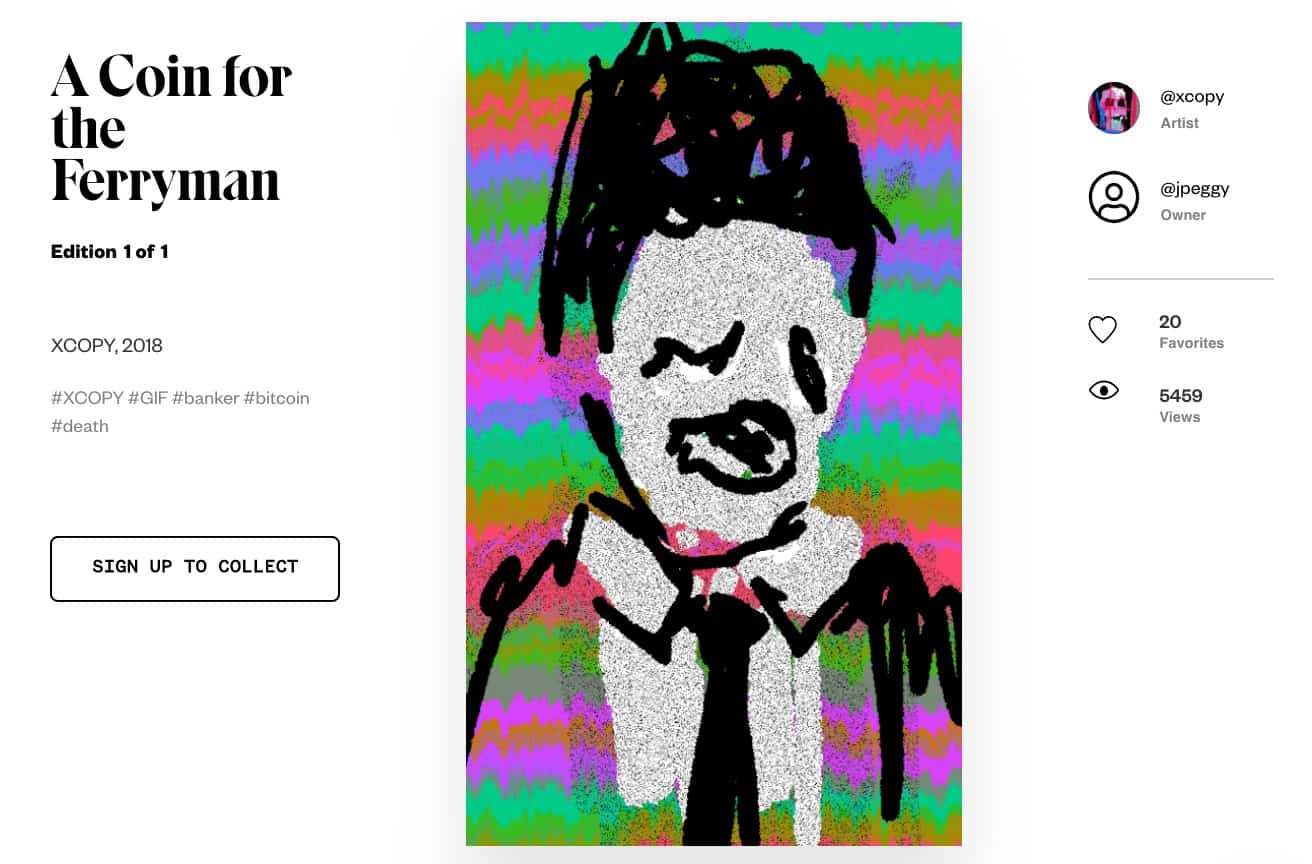 A Coin For The Ferryman NFT

An XCOPY artwork, this NFT sold for $6.034 million dollars in November 2021. The piece was actually created in 2018, before NFTs really took off. The amalgamation of scribbled faces make up a GIF form, which is drawn over a colorful background.

This animated drawing is unique to the artist, who can proudly boast his creation. Xcopy created a few animated pieces that are its signature and they are like no other on the market. 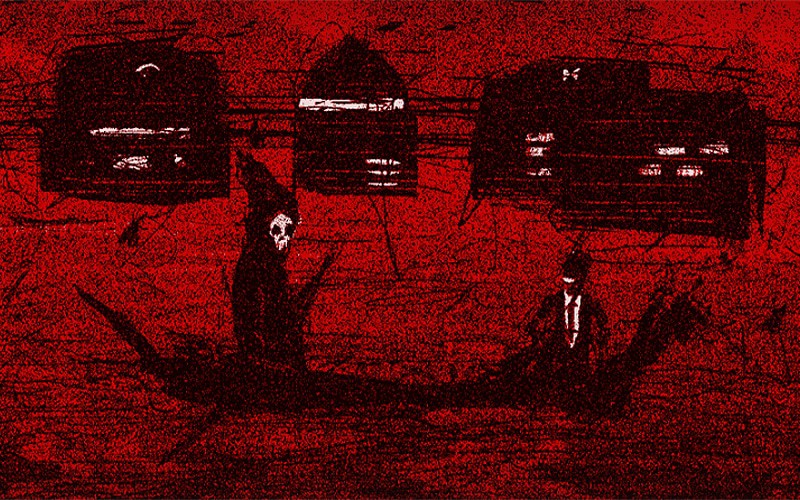 All Time High In The City

Another XCOPY item that sold for over six mill, or the equivalent of 1,630 ETH in January of 2022. The previous sale happened just mere months ago, and it went for $2.9 million dollars. It is a pulsing, animated image that feels right at home in the crypto world.

A ghost and a human passing in a boat, with houses on a red background. An interactive piece from the XCOPY collection that did very well. 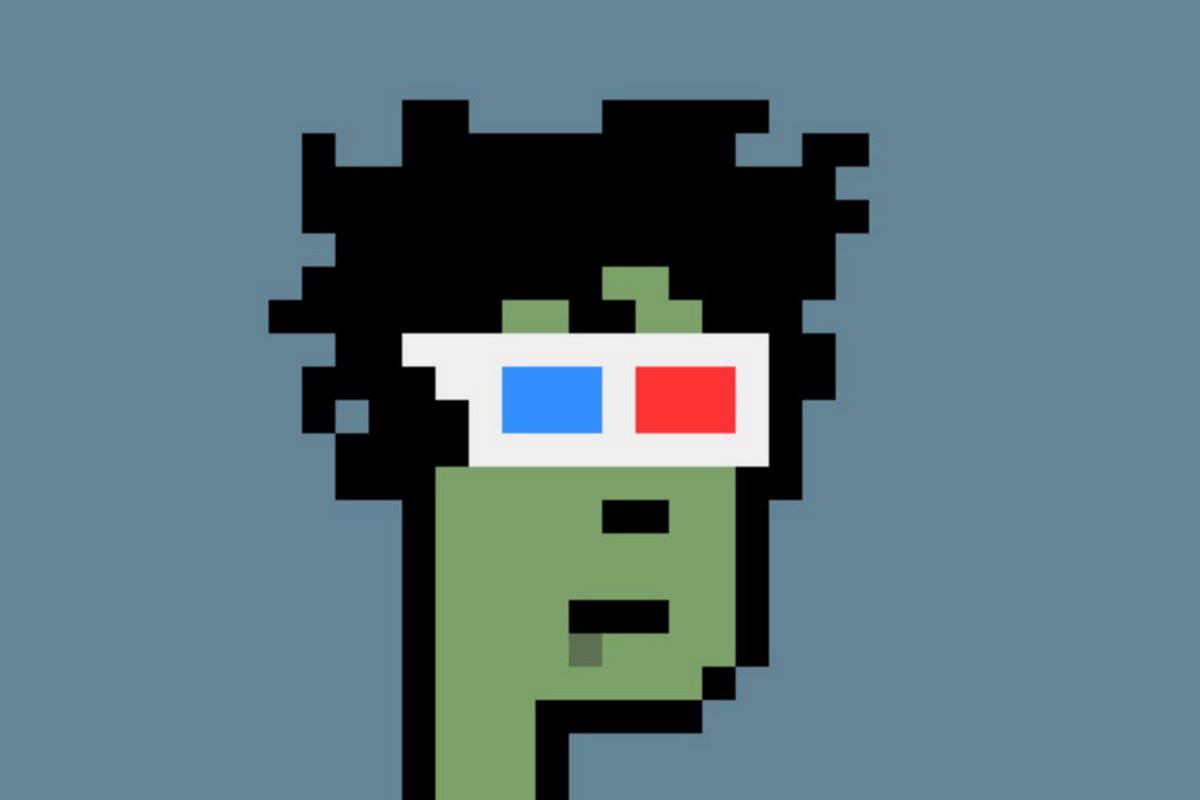 This zombie avatar has 3D blue-and-red glasses, with black hair. As with many investors in the Punks, this one also chose anonymity. 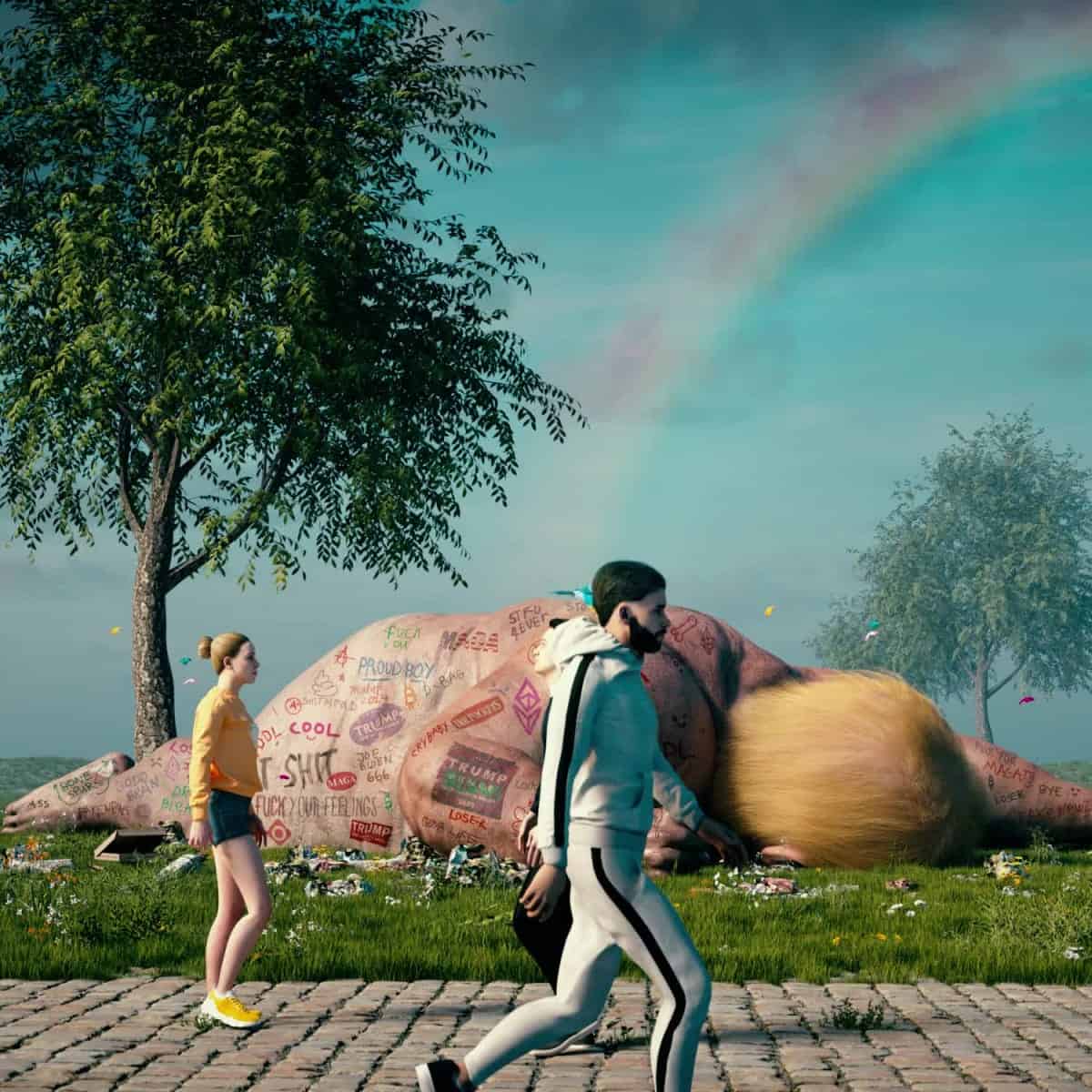 A Beeple NFT, the acclaimed digital artist sold this piece for $6.66 million dollars, 10 times the price it sold for four months previously. The original owner is Twitter user PabloFraile, but the new buyer chose to remain anonymous. Featuring Anti-Trump messaging, the artwork is a 10-second short film that was designed before the 2020 election. The outcome was meant to differ if Trump won.

He would have worn a crown while striding through flames. But as we know how things turned out now, the artist decided to go with the alternative: the enlarged Trump-like figure laying naked on the ground, with profanities written all over the body.

13. Right-Click and Save As Guy

Right-Click and Save As Guy

A holy grail for serious collectors, artist XCOPY’s profile explores apathy, death and dystopia. It reflects on the NFT scene itself and critiques NFT artwork. It was meant as a joke for those who feel that NFTs are worthless, since anyone can right-click on any image and save it whenever they feel like it. 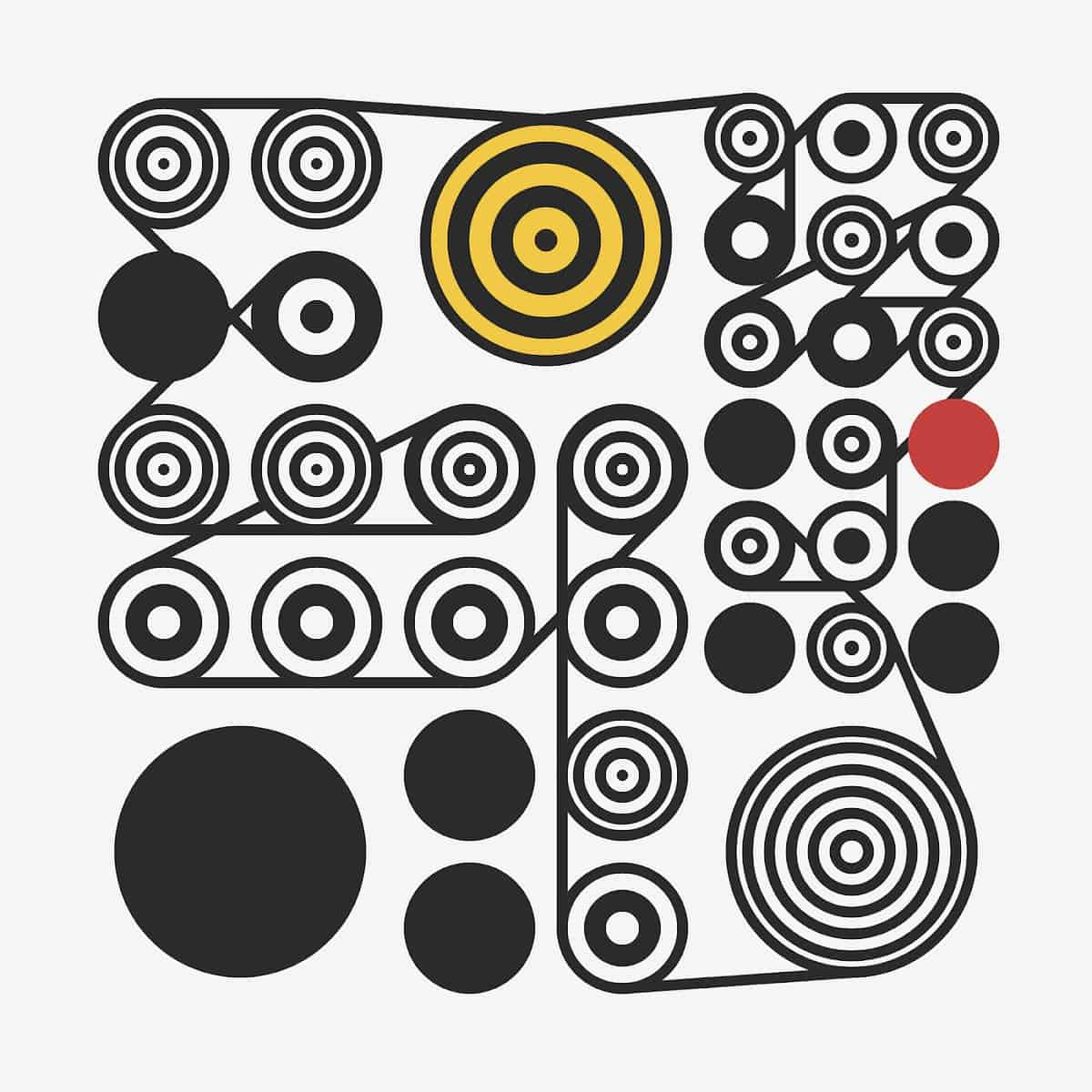 Art Blocks, the Ethereum generative art project, had a very prosperous end of summer and early fall 2021. The project creates loops around pegs using an algorithm. They sold several pieces worth millions of dollars, as the trend for buying digital fine art skyrocketed. 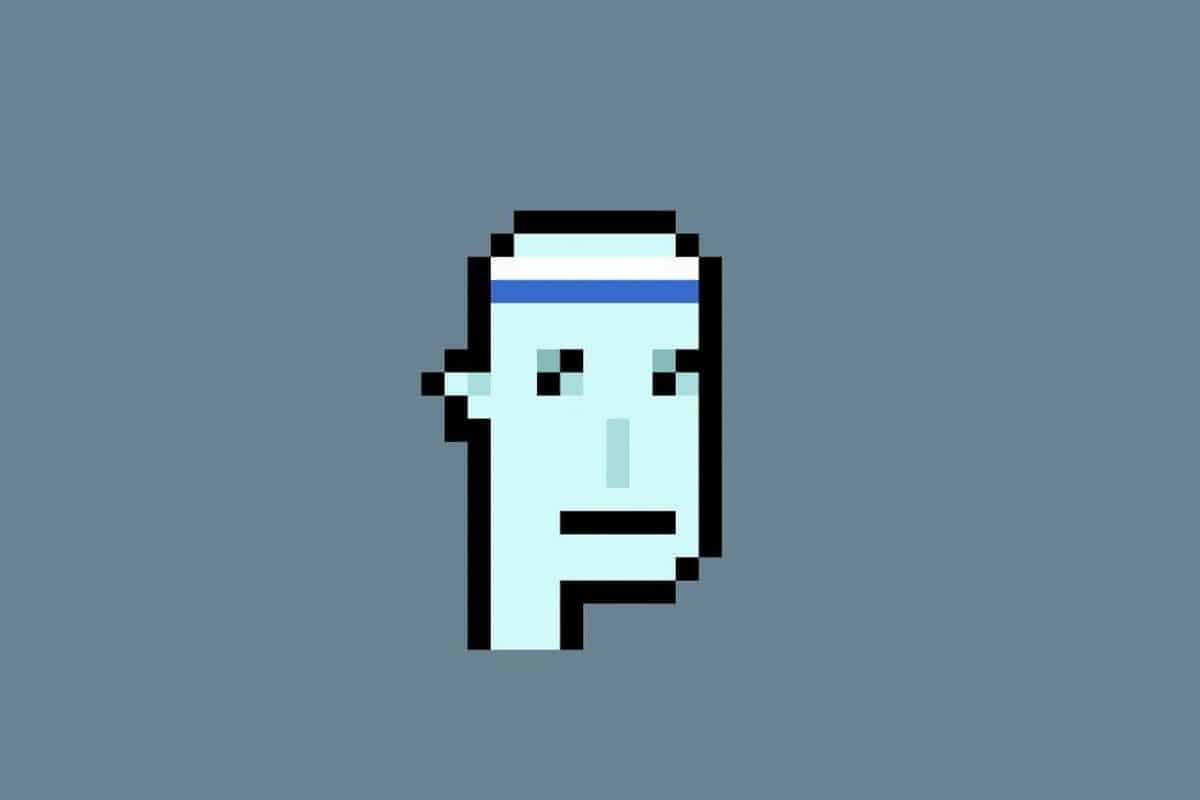 Another sale that happened in March 2021, a day after #7804 sold, actually, #3100 became even more expensive than its predecessor. This would be the seventh most expensive CryptoPunk, and it sold for 4,200 ETH, which was worth $7.51 million dollars at the time.

The rare #3100 sports only a white-and-blue headband, and it has bluish-green skin. It was bought by someone who chose to remain anonymous. 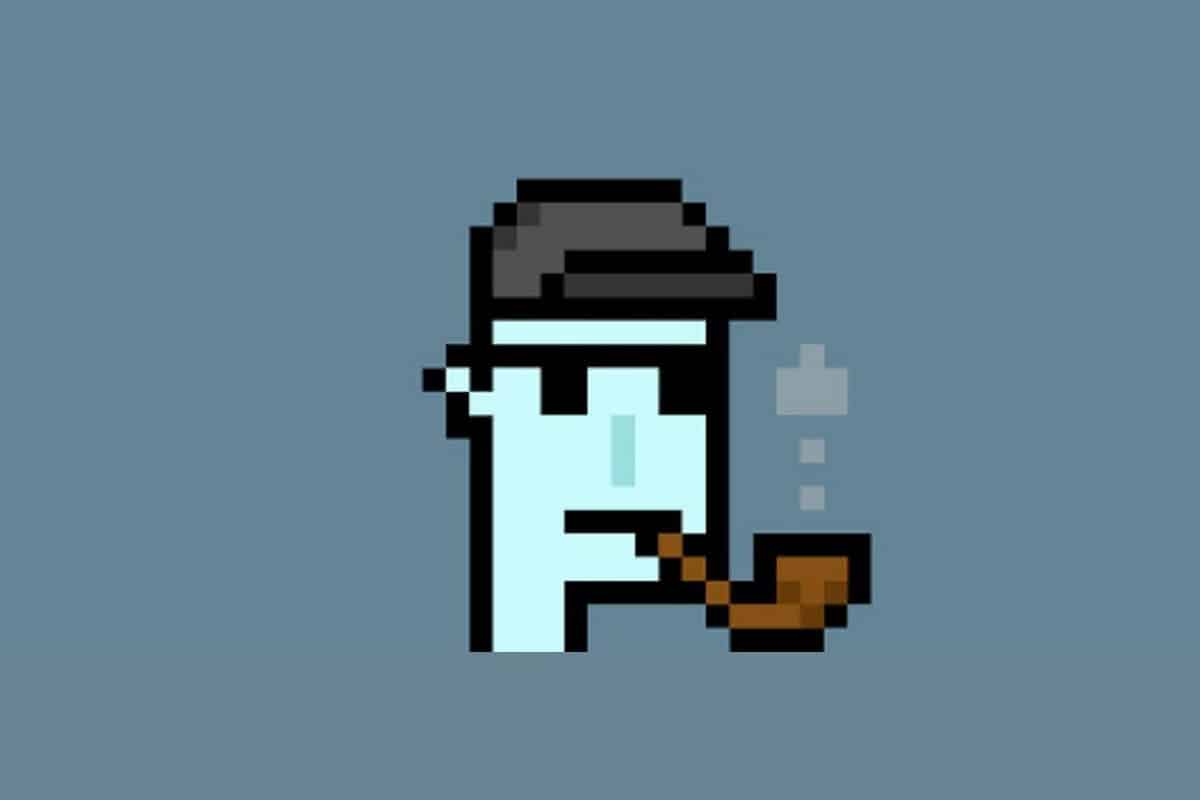 The fifth most expensive Cryptopunk went for 4,200 ETH in March of 2021, which at the time was worth just a tad over $7.5 million. The person behind this sale is Dylan Field, the CEO of Figma, a design software company.

This avatar sports three accessories: shades, a pipe, and a forward cap, which makes him unique. It actually looks like Sherlock Holmes with shades. 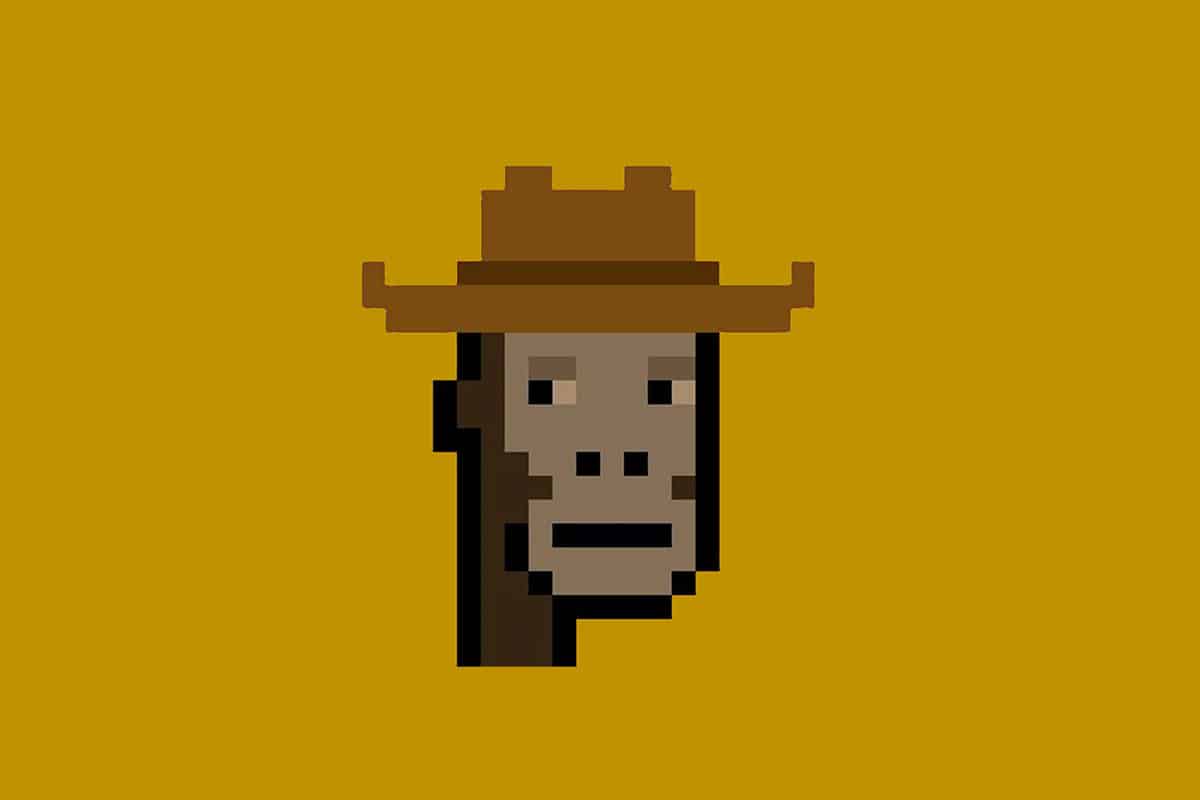 The ape avatar #5577 comes with a cowboy hat, and is the second highest CryptoPunk ape sale to date. In February 2022, it went for 2,501 ETH, which is worth $7.7 million US dollars. It was purchased by Robert Leshner, the CEO of Compound Finance.

One of the nine Alien CryptoPunks available to date. 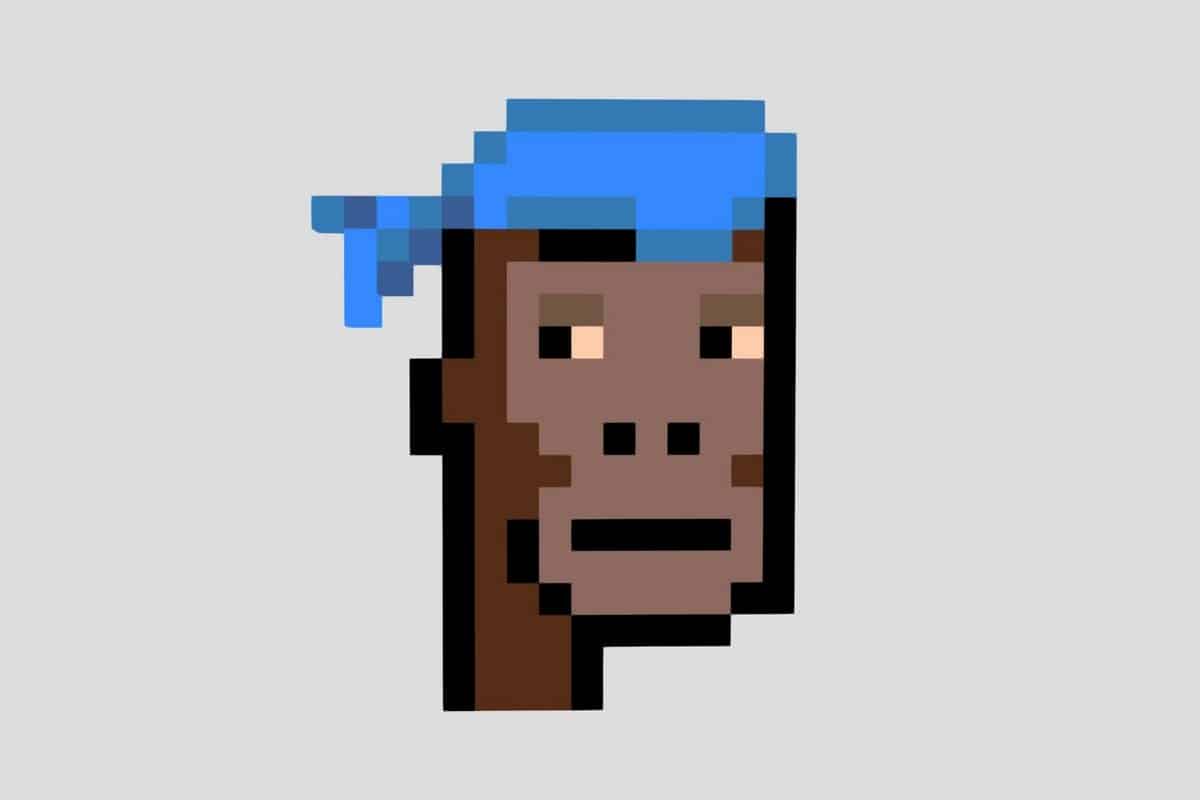 This CryptoPunk has quite a story behind the exchange of hands in December 2021. The person who ended up buying this Punk became famous in the crypto world because of his pseudonym, but he rejected his NFT namesake.

Over disputes regarding handling of ownership rights and lack of communication from Larva Labs, the owner of Punk1456 sold the namesake for over $10.25 million worth of ETH. 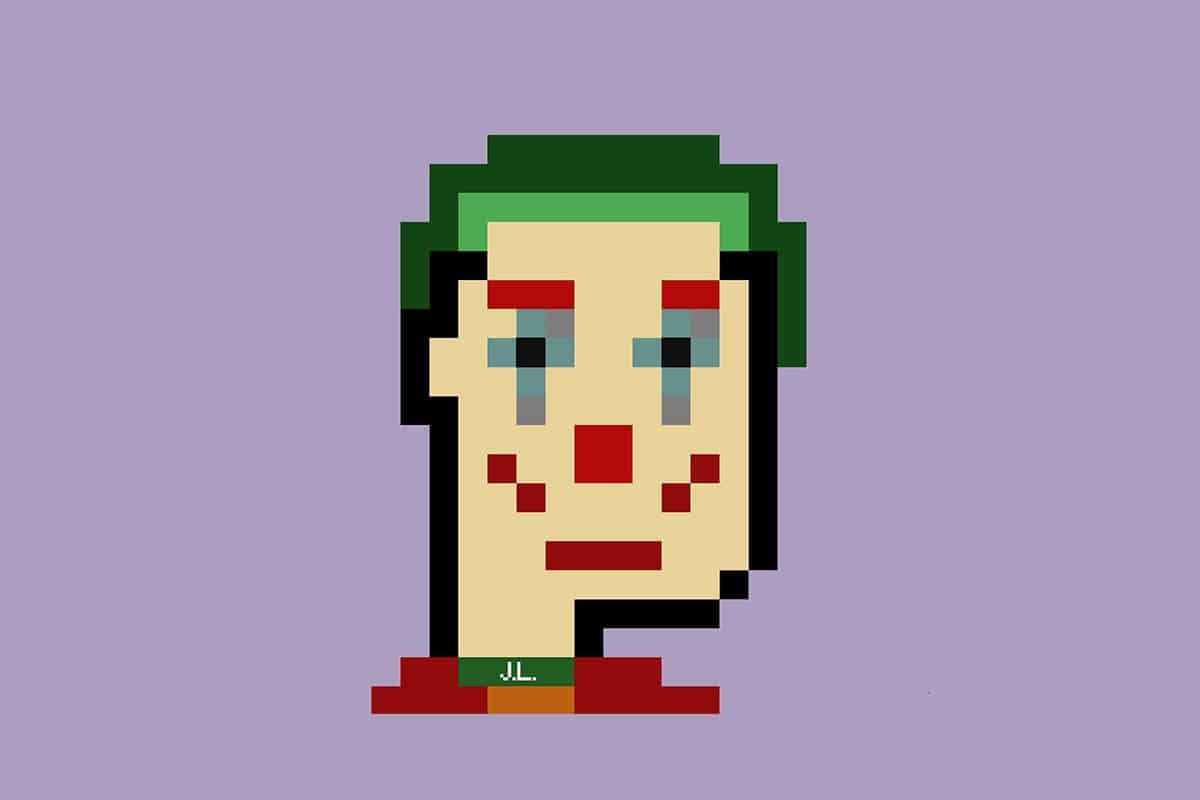 Tron has launched a series of CryptoPunks copycats, along with a few other platforms, such as Algorand and Solana. Usually their TPunks sell for around $130, this one netted a whooping $10.5 millions dollars, or 120 million TRX.

The buyer is Justin Sun, the Tron Co-founder. He ended up donating the NFT to APENFT, one of Tron’s projects, which tokenizes artwork on their blockchain. 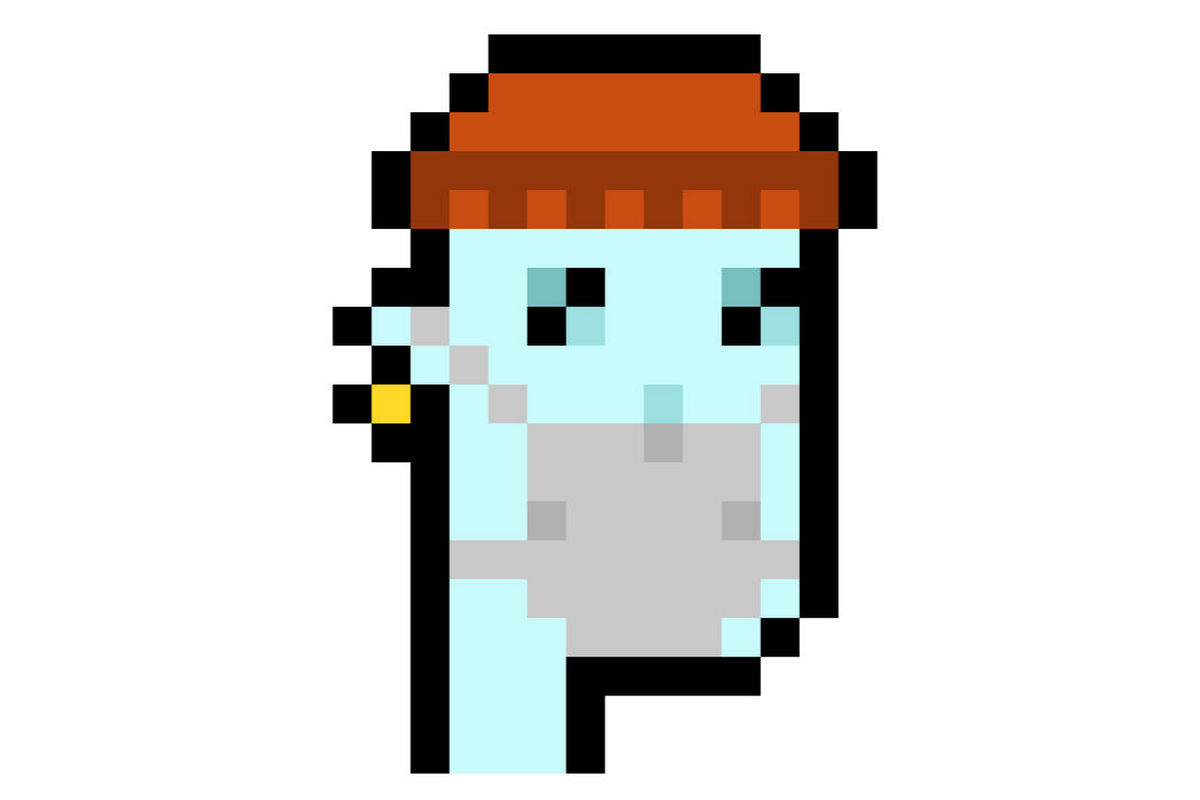 A rare alien that was higher on the list until recently, when it got bypassed by #5822 by almost double the price. This one did very well too, and received $11.8 million by Shalom Meckenzie, DraftKings’ largest shareholder.

This avatar has a mask on, hence a special tribute to these challenging CoVid times. Coincidentally, the last year is also when NFTs really got popular, which is why Meckenzie is happy with this investment. It is the third rarest of the collection. 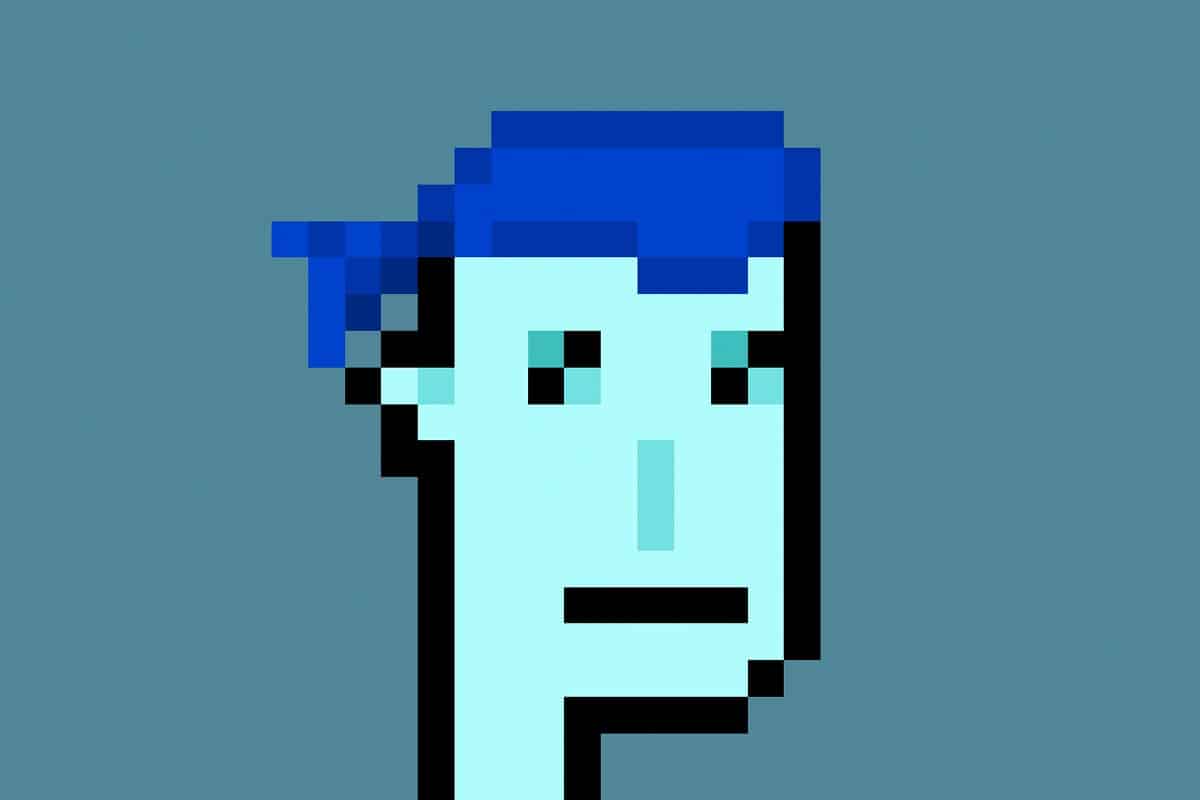 The most expensive CryptoPunk ever sold, it went for $23.7 million dollars just last month, or February 2022. The original CryptoPunks emerged in 2017, but did not see the success of these newly released ones. Created by Larva Labs, they are a set of randomly generated pixel-based avatars.

This avatar is shaped like an alien, and it is the rarest from the collection. There are only nine of them in total, and this particular one sold to Deepak Thapliyal, CEO of a Chinese cloud blockchain infrastructure chain. 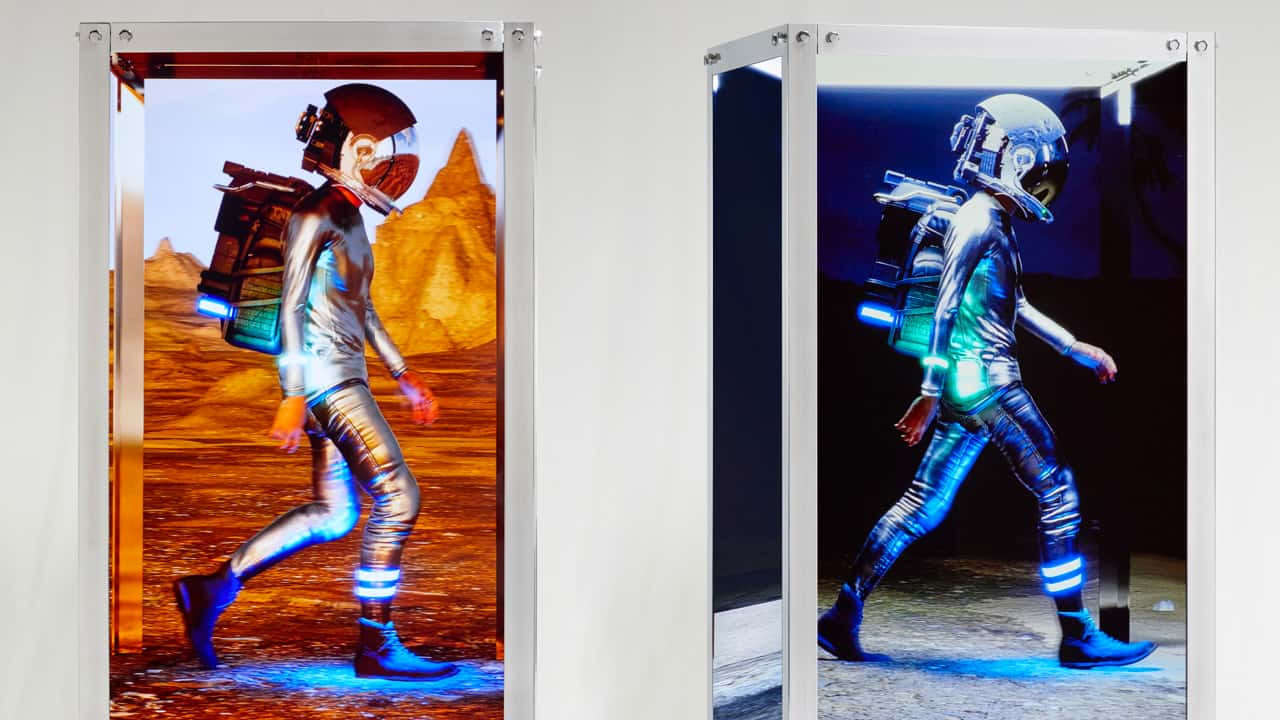 Mike Winklemann created this Hybrid seven foot tall physical sculpture that comes with an NFT. Closely linked to Everydays, Beeple’s previous piece, Human One sold at an auction in November 2021 for close to $29 million.

Human One is a 3D moving sculpture that depicts a person wearing a spacesuit and moving through the different climates of the globe. The winning bid went to Ryan Zurrer, a Swiss former venture partner at Olaf Carlson-Wee Polychain Capital. 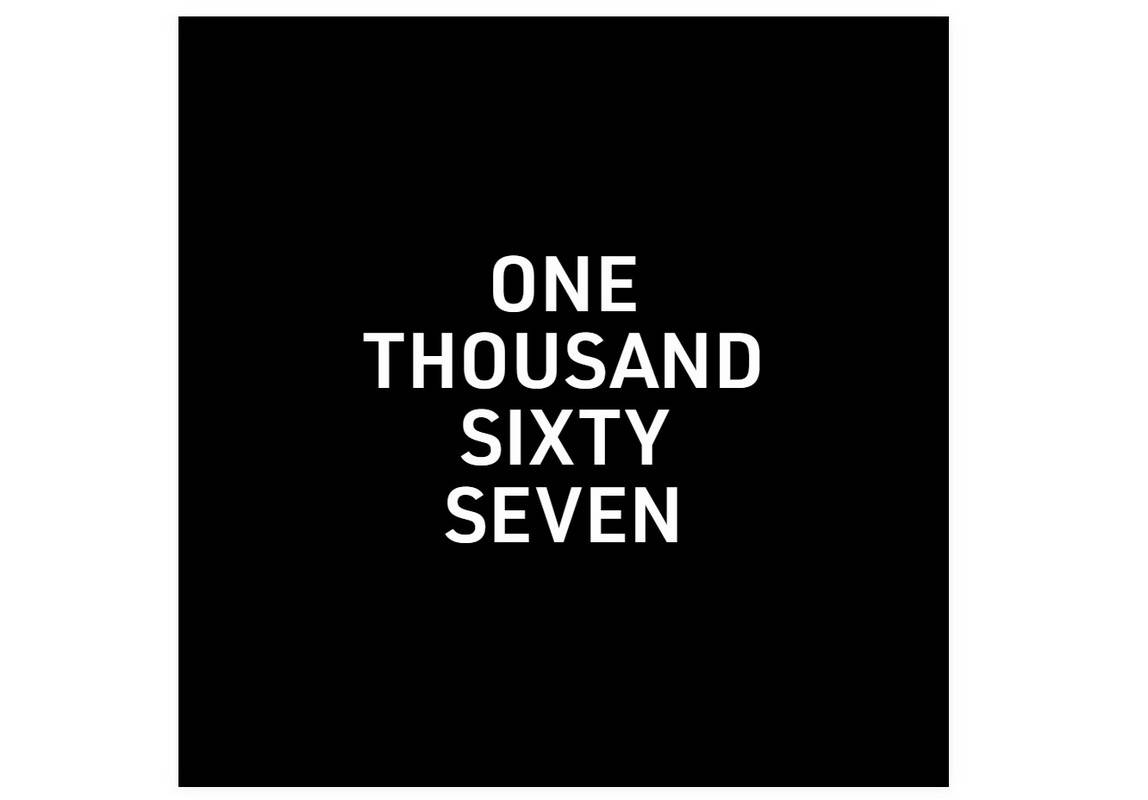 Clock is a dynamic NFT, and it was created by Pak and Julian Assange. The artist uses novel token models and gamification for the fueling of his NFTs projects. It shows the number of days since WikiLeaks founder Julian Assange was imprisoned. Formed to raise funds for his legal defense, Assange DAO raised over 16 thousand ETH, or $52.7 million, which paid for this NFT.

The funds raised were donated for Assange’s defense. DAOs, or decentralized autonomous organizations are other hot industry topics at the moment. In December 2021, Pak also launched Merge, which is a NFT project comprising thousands of individual NFTs. 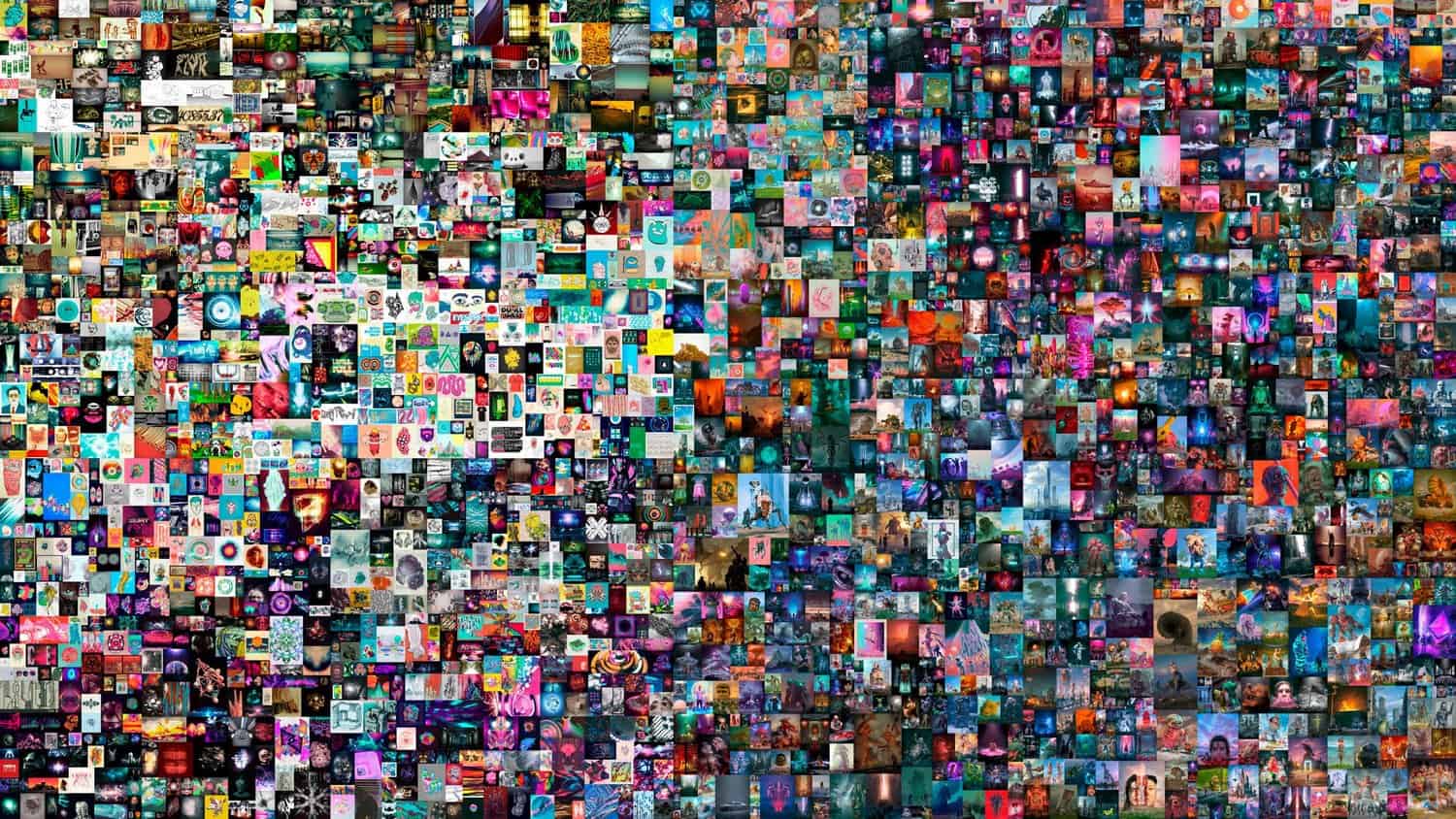 This artwork is created by Mike Winklemann, who is better known as ‘Beeple’ in the digital world. It represents a collage of his earlier artworks. The 5000 small pieces demonstrate his development as an artist through the course of his career. At the Christie’s Auction house, two bidders fought for this unique piece that sold for $69.3 million.

Justin Sun, the Tron CEO and founder bid $60.2 million on the piece. But he was outbid by Vignesh ‘MetaKovan’ Sundaresan, who paid its whooping close to 70 million dollar price tag. He wanted to own this piece so that people of color could also be patrons. To him, crypto equalizes power between the West and the rest of the world. 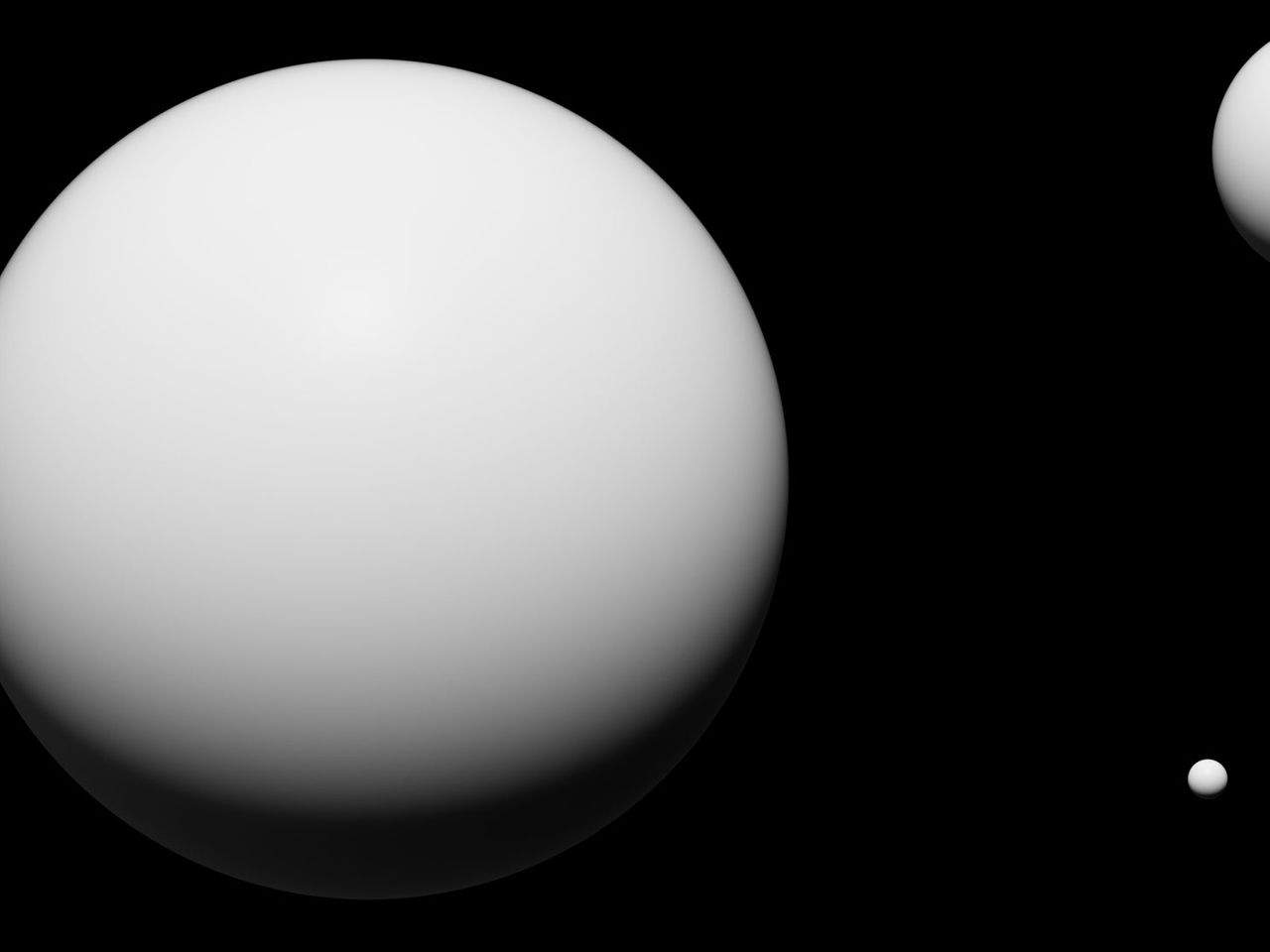 The Merge NFT by Pak

This latest project created by Pak brought a staggering $91.8 million dollars. Although it looks like a single piece of digital artwork, it is actually considered fragmented art. It brought almost 30,000 collectors, or 28,983, to be exact, to pitch in for the total cost on the Nifty Gateway marketplace.

The artwork sold in units referred to as ‘mass’, and the whole had 266,445 masses before the sale was final. It was on December 2, 2021 that The Merge officially became the only NFT on the list to have multiple owners. It is the most expensive NFT to ever exist, thus far.

This sums up the list of the 20 most expensive NFTs that ever sold. Since this new investment opportunity just started picking up, you never know how it’s going to be by next year. So, if you have the means to dip your toes into something different, NFTs might be a great new adventure to embark on.

Tags:
Previous Article
The 25 Best All Inclusive Resorts in Florida
Next Article
These are the 20 Best Motorcycle Gloves of 2022