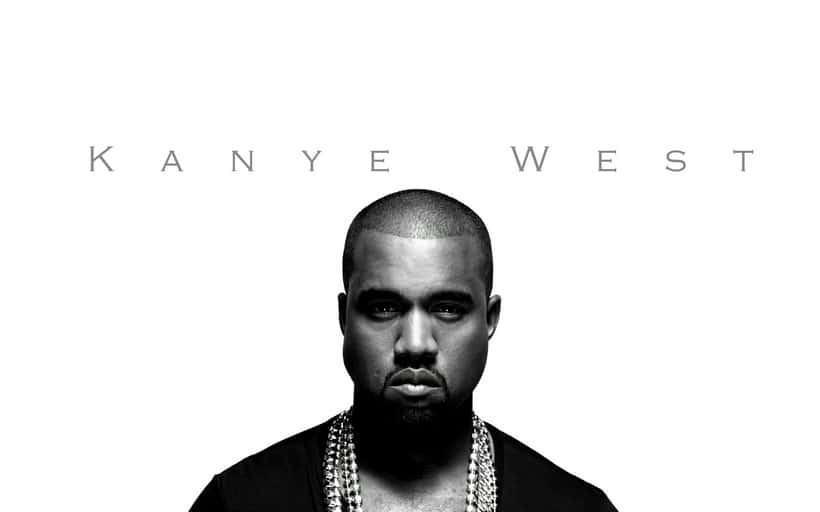 Kanye West is already a living legend. We all know him as an American rapper, songwriter and record producer, but he’s also a brilliant fashion designer and a successful entrepreneur. Husband of the renowned Kim Kardashian, Kanye has managed to build an empire with his award-winning music and successful Yeezy fashion line.

With his massive success on the music scene, plus his many other talents, Kanye West’s net worth rises today at the ridiculous sum of $1.26 billion in 2021. 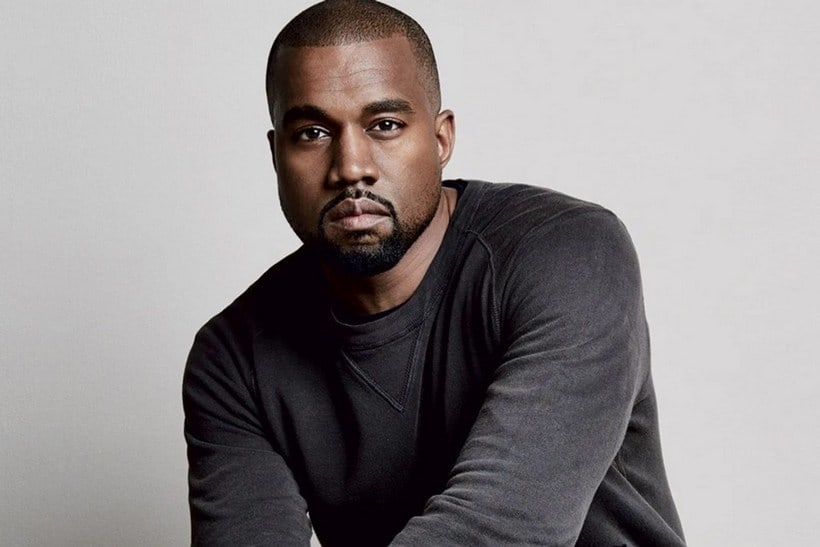 He was born as Kanye Omari West on June 8, 1977 in Atlanta, Georgia, and raised in Chicago by his mother after she divorced when Kanye was only three years old.

He had a fondness for art since a young age. West started writing poetry when he was just five and later he continued with drawing and music. In the third grade, he started rapping and at seven he began writing musical compositions. I guess that’s what happens when you grow up in a city like Chicago.

Later on, Kanye convinced his mother to pay $25 an hour for the use of a recording studio. Although his mother had thought about another direction, she still supported her talented son in his quest to become a rapper.

After high school, West attended Chicago’s American Academy of Art but he soon moved to Chicago State University, where his mother was an English teacher. At 20 years old he dropped out, taking the decision to follow his musical passion rather than stick with the classical path society entails. As you probably guess, his mother wasn’t happy, but she understood thereafter. 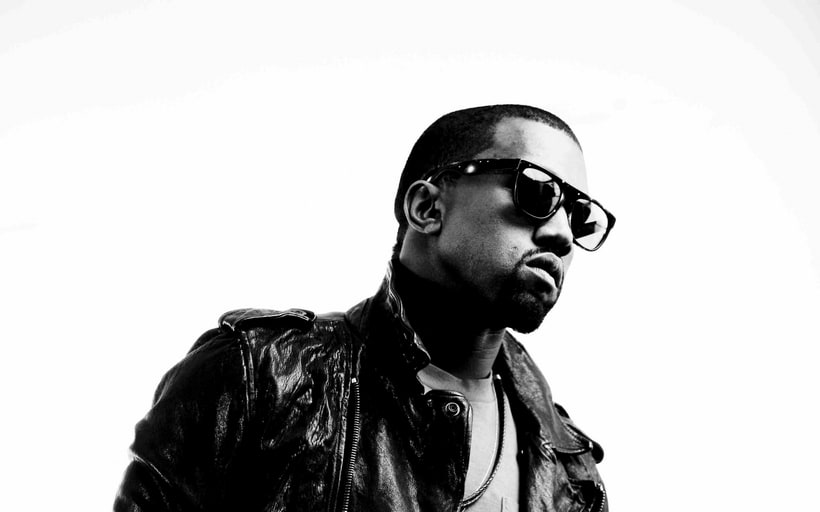 We could say that West’s musical career began in the 90’s, when he was rapping and working with local rappers, or producing records for other well known artists. This changed in 2001 when he moved to New York City to pursue his dream and got hired by the respected Jay-Z to work at his album The Blueprint.

While producing for others, Kayne started working on his own demo under Jay-Z’s Roc-A-Fella Records in 2002. Later that year, a near-fatal car accident left him with a fractured jaw. The terrible event inspired the artist to create the song Through the Wire, which became the single of his breakthrough album, The College Dropout. Released in 2004, the album was met with great success and sold 3.5 million copies in the US alone as of 2014.

His next albums, Late Registration (2005) and Graduation (2007), matched and even exceeded the success of his debut album, selling millions of copies worldwide and earning him more Grammys for singles such as Diamonds from Sierra Leone or Good Life.

His fourth album, 808’s and Heartbreak (2008) was inspired by two major events that affected West’s life in 2007, the loss of his mother and the breakup with his fiance, Alexis Phifer. The album scored high on the charts, with singles like Love Lockdown or Heartless.

The last decade brought My Beautiful Dark Twisted Fantasy in 2010, Yeezus in 2013 and The Life of Pablo in 2016, which also topped the music charts around the world. Out of the three, Yeezus was a huge hit with songs like New Slaves and Black Skinhead. His last album debuted at number one on the Billboard 200 and continues to make huge sales as we speak.

Other Work and Business Ventures 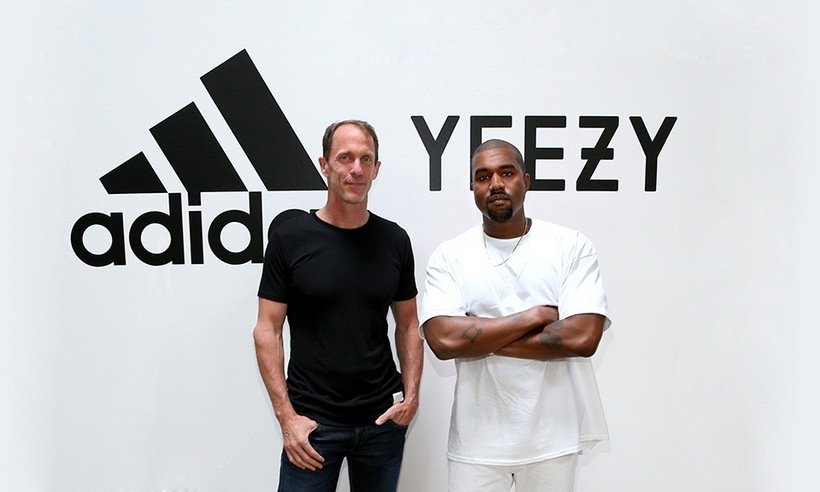 Kanye West has a successful music career, but that didn’t stop him to seize other opportunities as well. One of the endeavors is fashion. He created a line of shoes for Louis Vuitton in 2009 and also collaborated with Nike to design the Air Yeezys, his own shoe. Aside from that, he released DW Kayne West, his women fashion label in 2011.

In 2013, he got a deal with Adidas and started creating the Adidas Yeezy Boosts and the Yeezy Season clothing line, with a fifth collection just released in February this year.

Kayne also got some businesses up and running. His first venture is the creation of the record label and production company GOOD Music in 2004. Back in 2008, he planned on opening 10 Fatburger restaurants in Chicago. He opened only two in 2009, but had to shut them down in 2011.

In 2012, he created a creative content company titled DONDA, after his mother. Although secretive about it, the idea behind is to take a bunch of crazy dreamers, aka creative people, put them together in a inspiring environment and let them design some good stuff that other people can use. Sounds like a great idea, don’t you think? 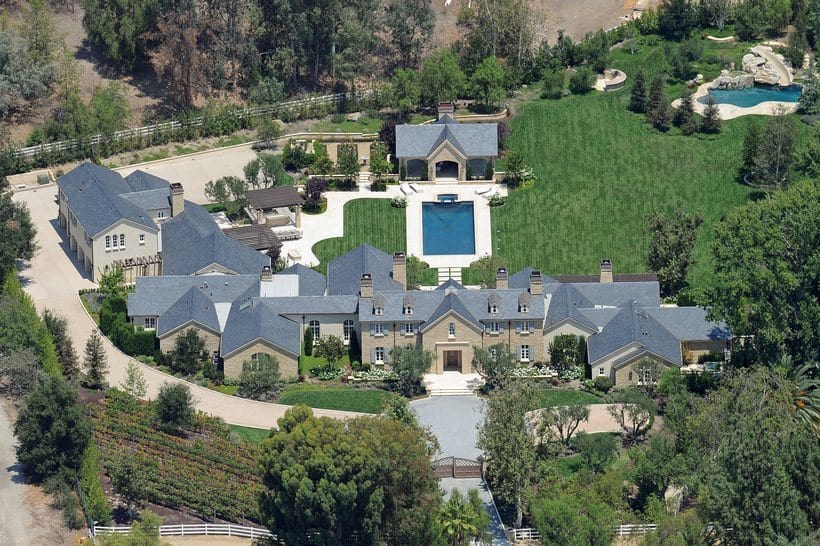 With so much money in their pockets, Kayne West and his famous wife Kim Kardashian have no trouble dropping big bucks on lavish homes. They’re also trying to gain from real estate, selling their first Bel Air mansion, which they bought for a cool $9 million, for an even cooler $20 million. If that works out, that would be a nice house-flipping business move.

Their new dream home is now close to Kim’s mother, in Hidden Hills, in the Calabasas area of Los Angeles. The $20 million 3.5 acres estate should be big enough for their baby. For that money, we can talk about the usual swimming pools, spas, barbeque areas, fountains, a rose garden and something not many homes have, its very own vineyard. Maybe West is preparing to get into the wine business soon, who knows?

Rumors are they also plan to buy homes in New York, Miami and Paris too. What these locations have in common is that they’re all fashion centers. 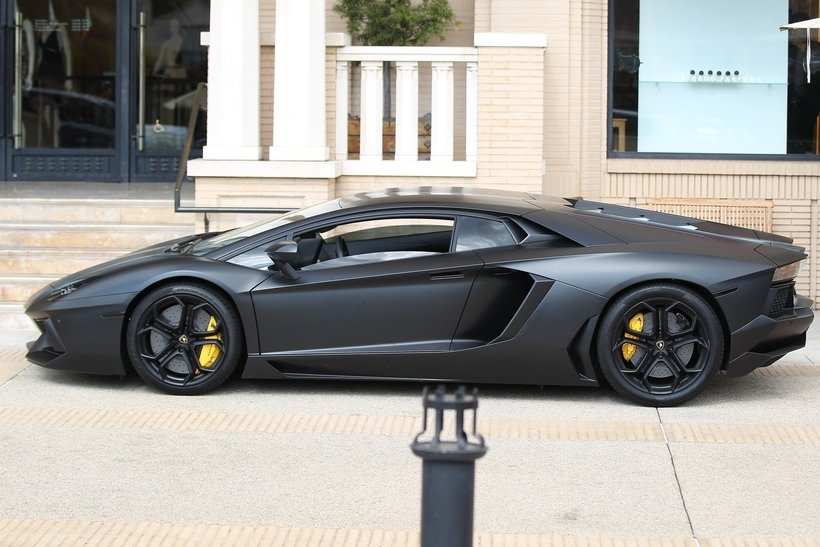 Now, to West’s car collection, which is quite good. No classic cars, vintage or collectibles. He just drives a Lamborghini Aventador worth $389,000. And sometimes his Silver Maybach, a Mercedes SLR or the S-Class, maybe even a Maserati. Or his wife’s cars, which doesn’t count.

The surprise here would be that he dropped $1 million for two armored vehicles for him and Kim, Prombron Iron Diamonds, by the Latvian company Dartz Motorz. The SUV’s are designed to withstand battleground conditions in a military conflict, but the two will more likely use them to go grocery shopping.

Kanye West Net Worth Over Time 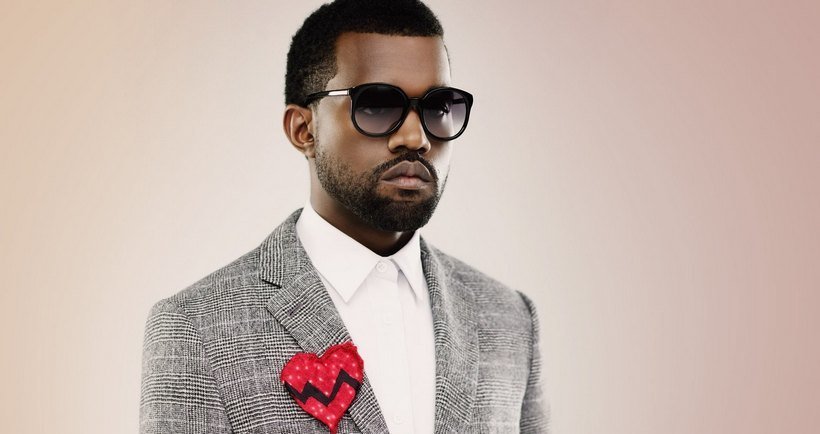 The worldwide famous rapper Kayne West started with a small fortune of $1.8 million in 2004, but after sales of $11.5 million from his debut album, his net worth started to go up a lot. His next albums brought him around $3 million each, further upping his fortune.

The most profitable endeavors were his associated album tours and his endorsement deals which added good money to his net worth of $1.26 billion he’s got right now.