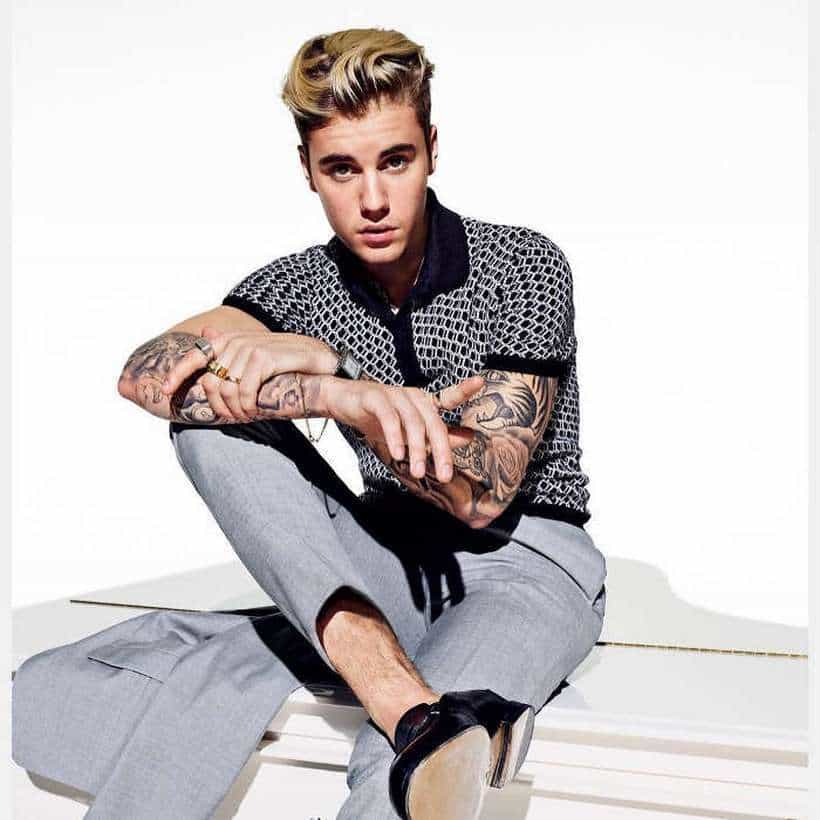 Considered one of the biggest pop stars of the decade, Justin Bieber has come a very long way since his incredible rise to fame as a 13-year old Youtube sensation from Canada, rocking the entire world with his hit singles and charming looks as the years went by.

The Canadian heartthrob turned 22 this March, but at this very young age he’s already one of the world’s richest singers, gathering a massive fortune from album and record sales, concerts and tours all over the world, billions of Youtube views, merchandise, endorsements and even investments.

The renowned Canadian singer, songwriter and record producer now has a jaw dropping net worth of over $200 million, but it’s expected to reach well over $265 million by the end of this year, since he’s earning around $60 to $80 million per year.

Justin Bieber: Then and Now 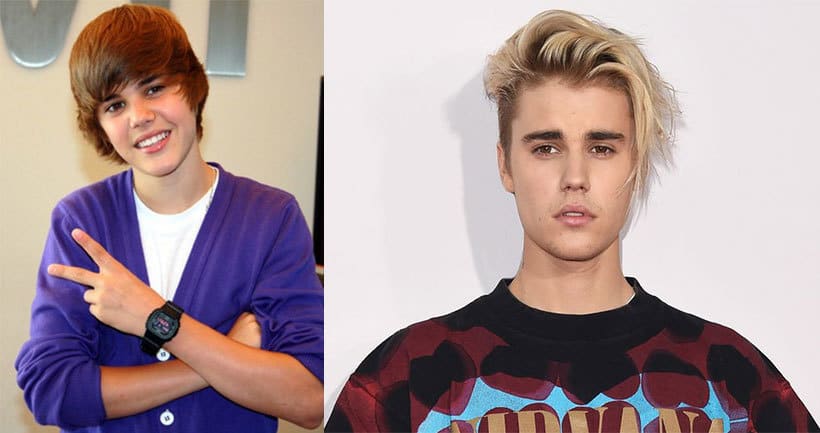 Born to a single mother in London, Ontario, Canada, on March 1, 1994, Justin Bieber started singing and playing music at a very early age, learning to play the piano, drums, trumpet and guitar, all by himself. And back in 2007, when he was just thirteen, he started uploading cover songs to Youtube, where he was discovered by talent hunter Scooter Braun.

Braun liked what he saw and decided to go to Canada to meet him, and just a week later Justin Bieber was singing right in front of Usher. They signed him up to Usher and Braun’s joint music label, RBMG, and Scooter Braun became his manager in 2008.

His first single was released in the same year and just a year later, in 2009, Justin Bieber’s first full-length album came to life, an instant hit called My World. Since then, Bieber sold more than 18 million albums, with My World 2.0 coming in 2010, Under the Mistletoe in 2011, Believe in 2012, and Purpose, released just a couple of months ago. All these album (and single) sales have apparently earned Bieber around $13 million. 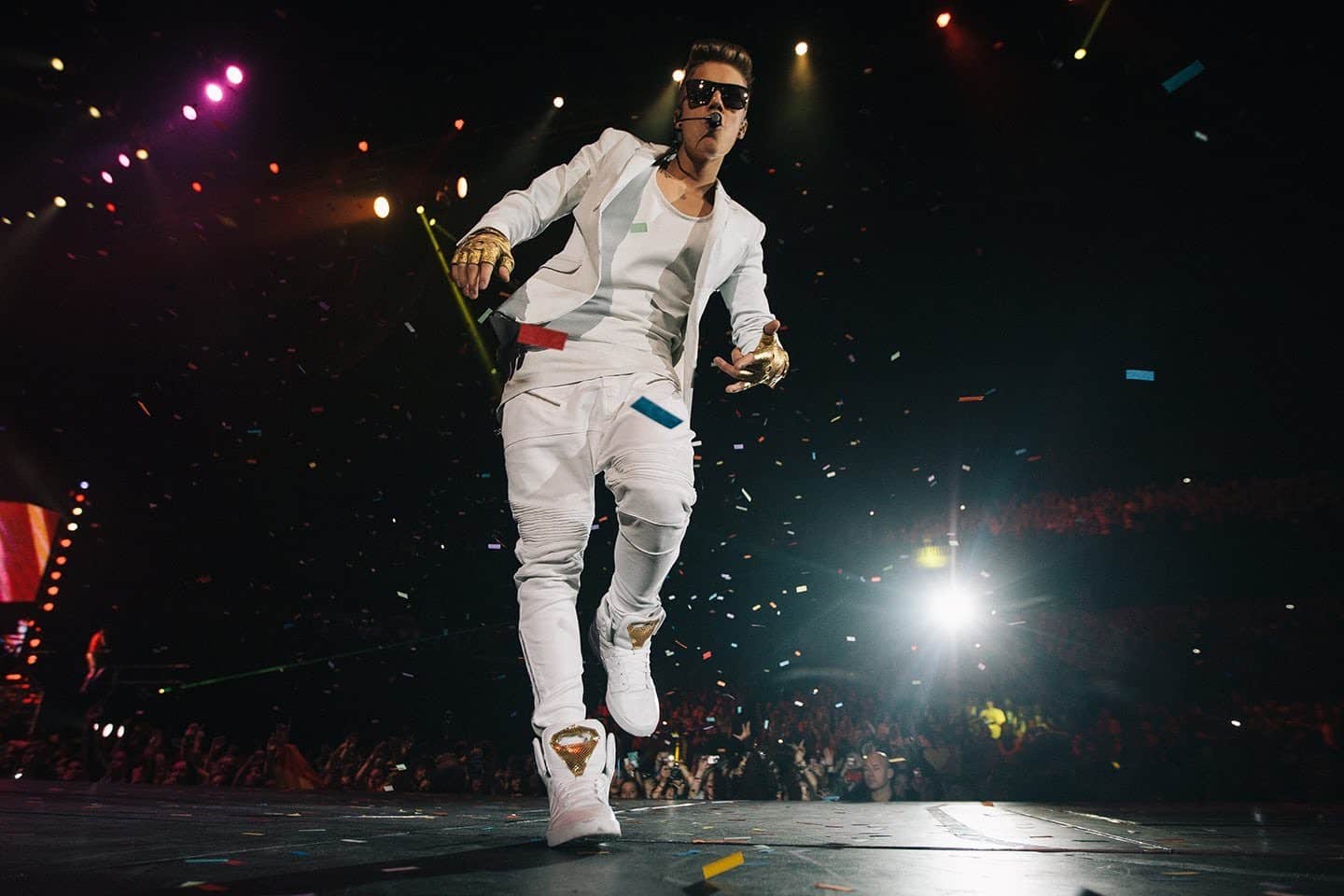 But music sales have contributed just a little bit to Justin Bieber’s astonishing net worth. His extraordinary concerts and tours have reportedly brought in over $200 million in these past years. For instance, only his 2010 tour for My World earned him a cool $44 million, while his Believe tour in 2012-2013 brought in another $54 million. And on March 9 he kicked off a new world tour for Purpose, which will surely be even more productive.

But YouTube is also a major part of Justin’s life and… net worth. Apart from helping him to start his career when he was very, very young, YouTube also makes Bieber even more wealthy, every time one of his videos gets viewed. The pop star is obviously one of the most popular artists on YouTube, and as we speak, his VEVO channel has over 11 billion views, which translates to over $60 million in revenue for Justin. Not bad, right? 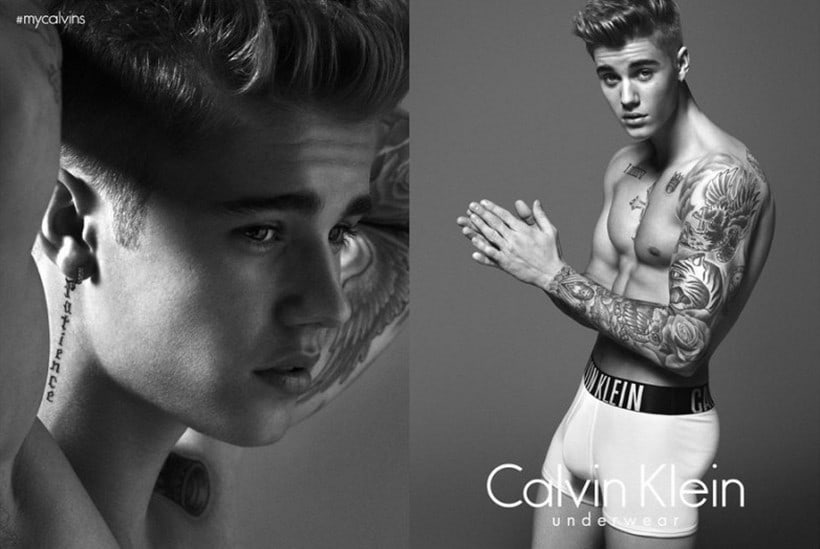 The second most important part of Justin Bieber’s incredible net worth comes from endorsements and sponsorships. He’s already earned over $80 million from promoting renowned brands like Calvin Klein, Adidas, Proactiv, Macy’s or Best Buy, and these deals will add another $10 million to his massive fortune every year.

Bieber’s giant fan following also contributed a lot to his net worth, with the sales of Bieber merchandise, like t-shirts, hats, clothes and fragrances, bringing in an estimated $45 million. But the nation of “Beliebers” is growing more and more with every year that goes by, and his fans would spend almost anything to get something with his face or autograph on it.

But we should also talk about Bieber’s interesting investments in several tech startups you might know, like Spotify, Shots, Stamped or SoJo Studios. He already invested more than $24 million in this field, and guess what? He made the right move, as his investments have brought in another $26.5 million to his net worth.

Bieber’s total earnings are probably crossing over $425 million right now, with almost $200 million back in taxes and government dues. 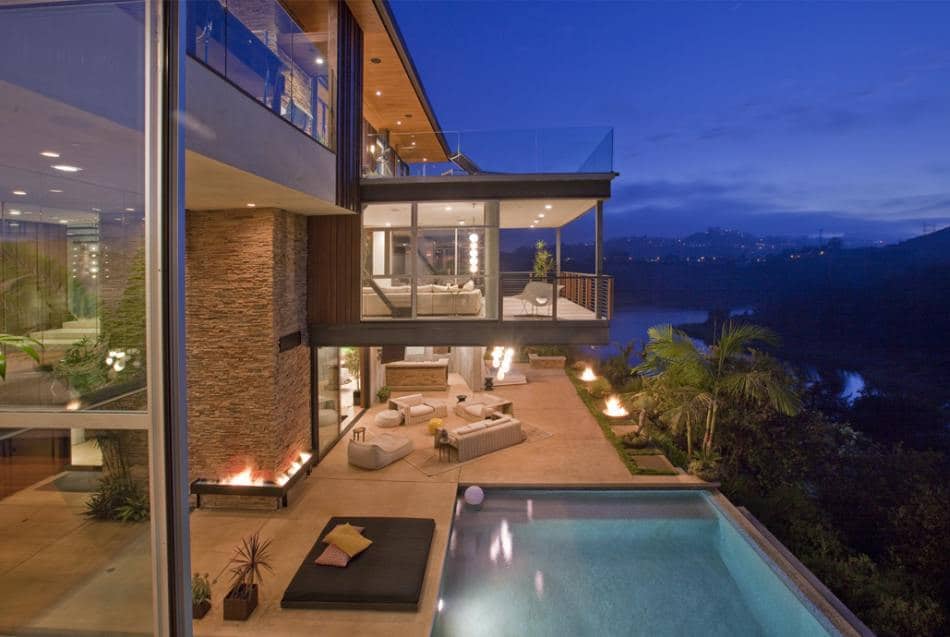 Over time, Justin has spent almost $20 million on his lavish homes across the US and Canada. He splurged $6 million on a gorgeous gated estate in Calabasas, California, which was eventually sold to Khloe Kardashian a couple of years later, for a cool $7.2 million, and then he moved into the mesmerizing crib you see before you.

Bought for $10.8 million, this stunning mansion from Los Angeles was designed by the Mills Studio, featuring five bedrooms and eight baths, and offering some of the most amazing views of Lake Hollywood. The lavish villa also included a floating dining room, a private movie theater, a private gym, a spa in the master suite and a gorgeous pool enclosed in gardens.

But in February 2015, Bieber has decided to move into a five-bedroom, six bathroom mansion, right in the heart of Beverly Hills, which he was apparently renting for $35,000 a month. With a fully lit pool and also boasting incredible views of the city, this home had 6,000 square feet or luxurious living space.

Bieber also has several properties in Canada, and in 2013 he purchased an $850,000 home in Ontario for his father, half-sister and young half-brother. 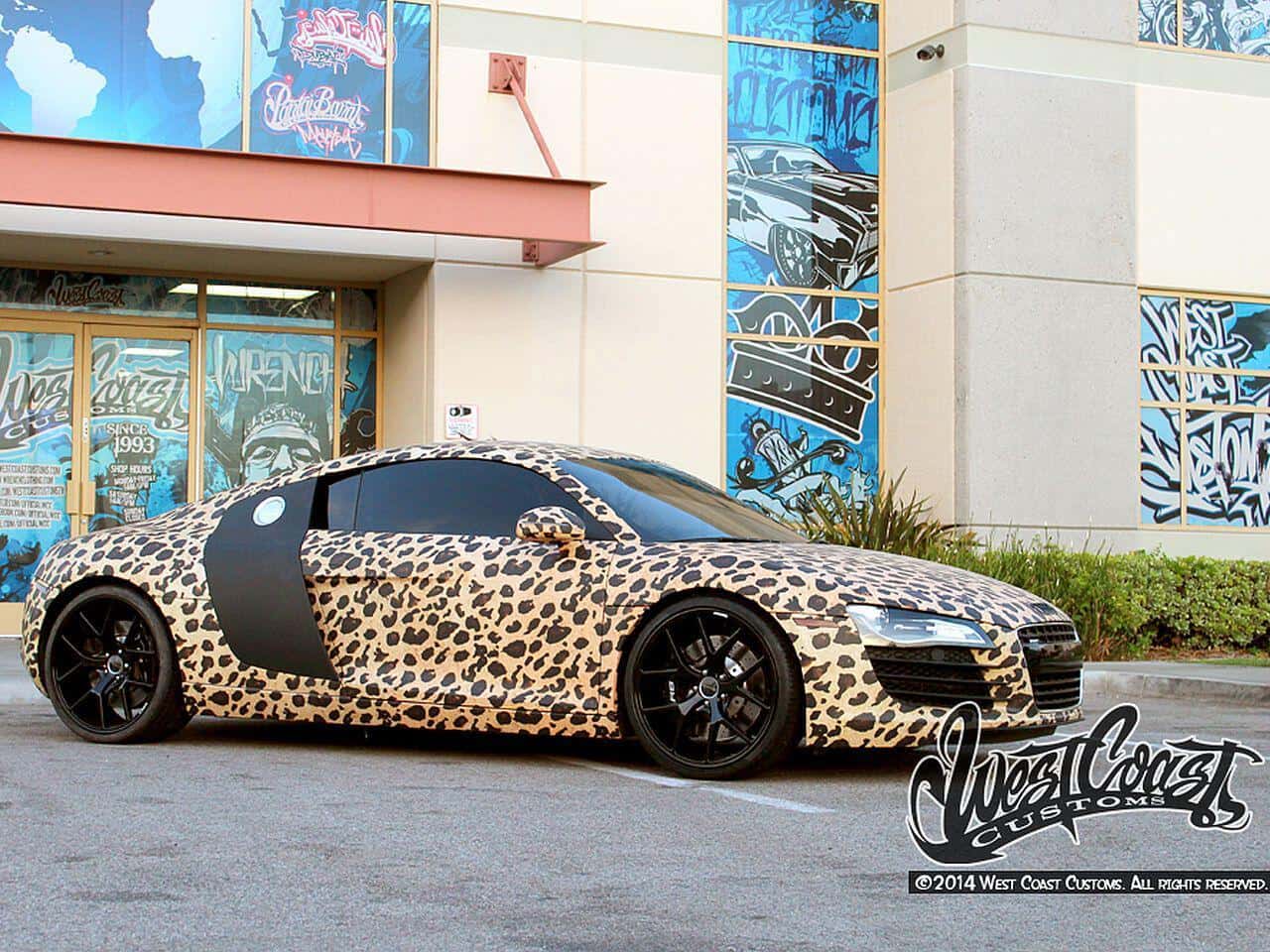 In addition to his astonishing homes, Justin Bieber also has an incredible car collection, which has included a chrome Fisker Karma, a matte black Range Rover, a stunning 997 Porsche Turbo and two Ferraris, a white 458 Italia and a matte black 430.

He also owns a white Lamborghini Aventador, a Cadillac CTS-V aka the “Batmobile” and a Ducati MV Augusta aka his “Bat Bike”, and an eye popping Audi R8 specially designed for him by the crew at West Coast Customs.

Justin Bieber Net Worth Over Time 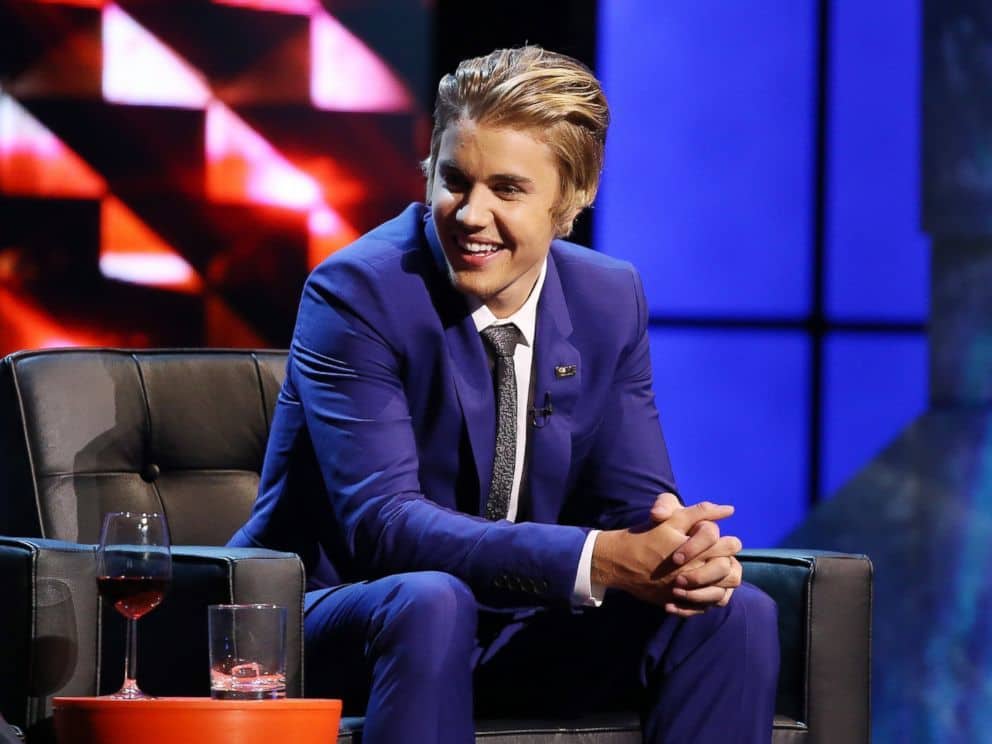 After the massive success of Baby, which essentially turned Justin from an overnight sensation into a household name, his fortune started to grow at a furious pace. By the end of 2009, when he released his first album, and started his first tour for My World, his net worth was already sitting at $10 million, and in just two years, it went all the way up to $40-50 million.

From this point on, Justin Bieber started to earn more than $50 million almost every single year, from record sales, concerts and tours, product endorsements or fan merchandise, hitting $135 million at the end of 2012 and hovering at around $170-180 million in the next years when he didn’t release any new album.

But his newest album, Purpose, managed to break all records, with three Billboard chart toppers, which were also his first ever, “What do You Mean?”, “Sorry” and “Love Yourself”. Released almost at the end of 2015, the album was an incredible hit, and as of January 2016, Justin Bieber’s net worth topped $200 million and it’s expected to reach $265 million soon.

He’s showing no signs of slowing down and who knows? Maybe he’ll be a billionaire by the time he’s 30. Anything is possible for Justin Bieber…