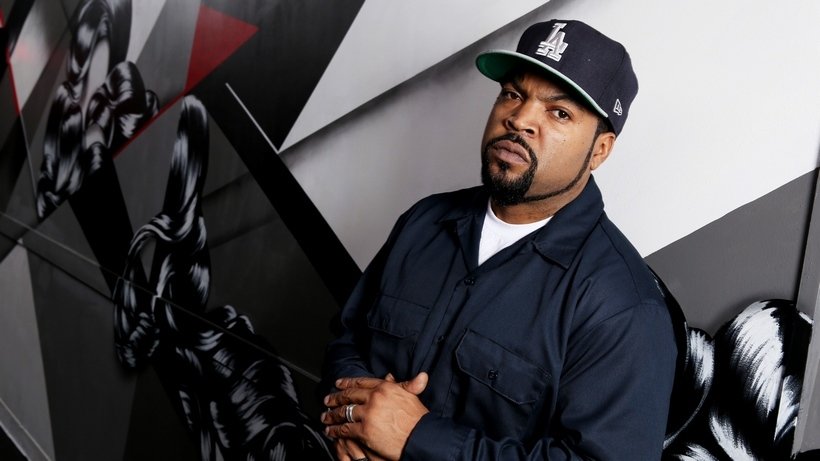 Ice Cube is a name that needs no introduction. The famous American rapper and actor rose to fame in the 1980’s as part of the hip-hop group CIA and later the controversial rap group NWA. He’s considered one of the founders of gangster rap. As the years went by, he became an icon in the entertainment industry, both as a solo artist and as an actor who’s widely known all around the world.

Besides being an entertainer, Ice Cube is also an entrepreneur, having started several business ventures of his own. With such a huge and constant success, you can bet that the financial part of his life is rising to the standard. His net worth is estimated today around the impressive sum of $160 million in 2021. 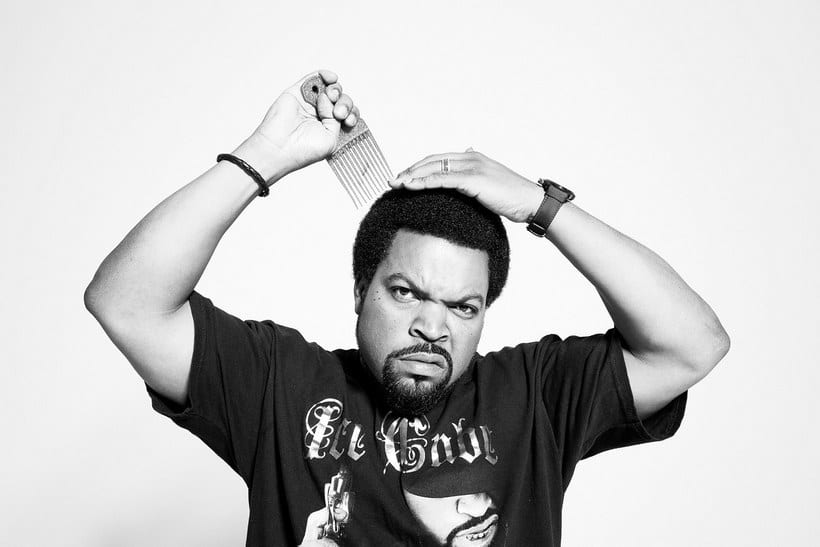 Ice Cube was born as O’Shea Jackson Sr. on June 15, 1969 in Baldwin Hills, South Central Los Angeles to Doris, a hospital clerk and custodian and Hosea Jackson, a groundskeeper at UCLA and machinist. His parents played an important part during his childhood, guiding him through the delicate and problematic neighborhood where they lived, which weltered in drugs, guns and violence.

It was in his early teens when he became interested by hip-hop music. He would write rap songs in his typewriting class at Los Angeles’ George Washington Preparatory High School.

When his parents moved him to another high school in the San Fernando Valley, a more stable and afluent area, he started wondering about the violence and drugs that were destroying lives in his initial neighborhood. As he saw more and more of his friends getting killed or going to jail, he decided to create a better life for himself.

After high school, he went to Arizona to study architecture at the Phoenix Institute of Technology, but his passion for rap music was greater than ever, so after getting a diploma he went back to Los Angeles to try his luck with a music career. 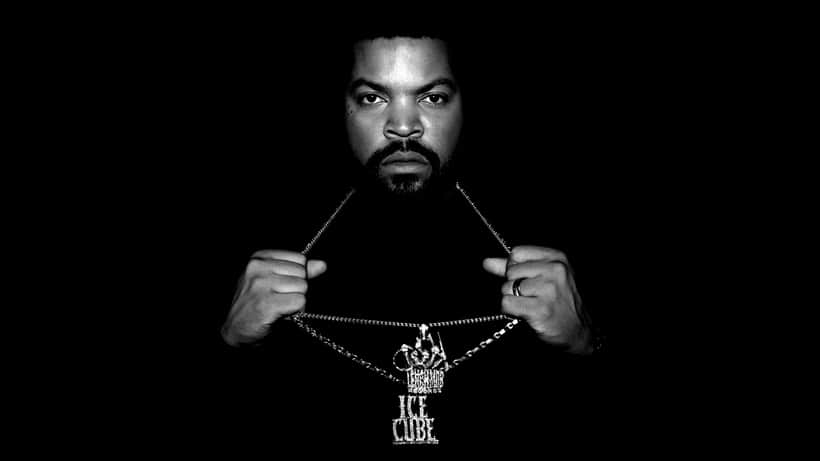 At first, there was C.I.A., a hip-hop group started with two friends. They were performing at parties hosted by Dr. Dre. Years later, in 1986 he formed another group, N.W.A., together with artists like Eazy-E, Arabian Prince and Dr. Dre. After a few massive hits, misunderstandings followed and in 1989, Ice Cube left the group to follow a solo career.

His first solo album was released in May 1990 to much critical acclaim. It was titled AmeriKKKa’s Most Wanted and it increased the popularity of rap as a genre in those early 1990s. Next year came a second album, Death Certificate, and then the third, The Predator, followed in 1992, each one being more popular than the previous.

The latter is still considered one of Ice Cube’s most successful albums to date.

As the years went by, his music never lost its appeal but increased the artist’s reputation worldwide. Lethal Injection in 1993, then War & Peace Vol. 1 and Vol. 2 in 1998 and 2000; and Laugh Now, Cry Later, Raw Footage and I Am the West spanned over the next decade.

Though he had a very successful music career that made up most of his wealth, it didn’t stop him from venturing into other domains as well. One of them is acting.

Acting Career and Other Ventures 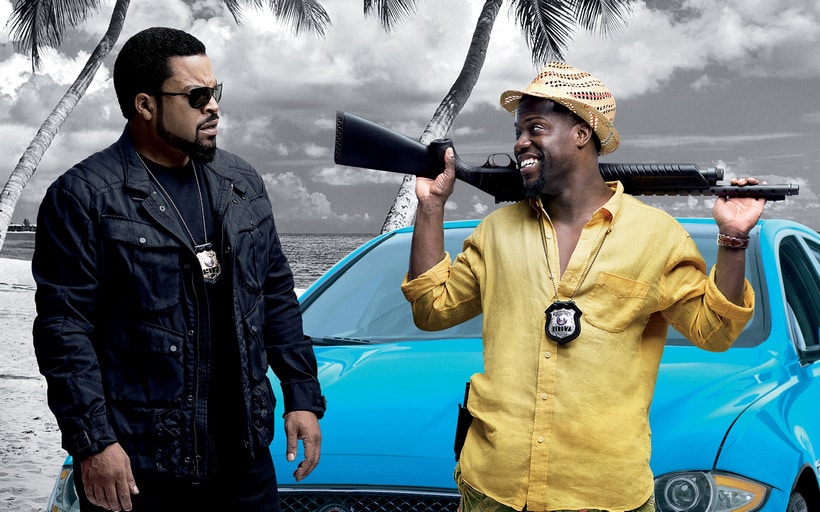 Ice Cube started his acting work about the same time as the launch of his solo rap career.

He started as Doughboy in Boyz n the Hood in 1991, then he went on to play major roles in other successful movies such as Friday (1995), Three Kings (1999) and Barbershop (2002). As he kept entertaining audiences on the big screen, his acting career grew more and more.

You might think that nothing serious could come out from Ice Cube, right? Well, you’re right. There’s not much that can be called serious about him. Just watch his comedy movies. Films like Are We There Yet? or its sequel Are We Done Yet?, 21 and 22 Jump Street, Ride Along or the more recent Fist Fight that came out this year. Nope, not much seriousness.

But when it comes down to business, he’s good. He’s taking things serious and he works hard. A recent example of that is his newly created basketball league, the BIG3, a 3-on-3 concept professional league that features former NBA stars.

Apart from that, he also created a clothing line, Solo by Cube. Endorsements are another part of his plan, two of the brands that he has endorsed are Coors Light beer and St. Ides liquor. 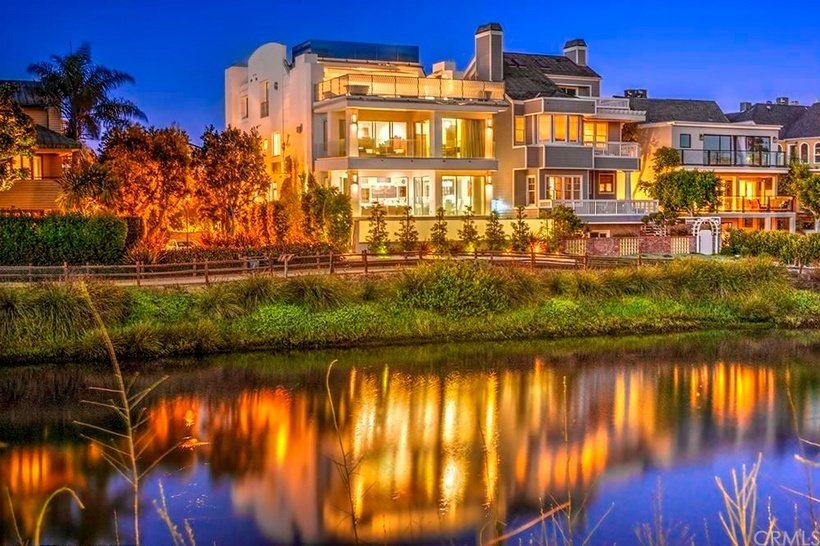 The famous and successful rapper, producer, actor and entrepreneur scores no less when it comes to offering himself some perks. You know, to motivate himself when life seems hard.

Last year, he bought a wondrous mansion in Marina del Rey. The home belonged to Jean-Claude Van Damme and Ice Cube dropped a whooping $7.25 million for the 7,574 square feet of pure beauty. The lavish three-story mansion included a theater, a gym, a wine cellar and a wet bar.

There are six bedrooms and 11 bathrooms, six fireplaces, a modern kitchen plus formal living and dining rooms.

Connecting the floors is a glass-enclosed staircase and an elevator. On top of all that, literally on the rooftop deck, there is a swimming pool with stunning ocean and city views.

And can you guess how does he likes his cars? Yeah, you’re right again. Fast and luxurious, and his collection is one to envy. A Corvette Stingray, a Rolls Royce Ghost, a few Bentleys – the Arnage and Flying Spur, plus a Porsche Panamera, a Cadillac Escalade and an Aston Martin V8 Vantage Roadster.

Though he’s a muscle car type of guy, you’d be surprised to find out that his very first car was a 1969 Volkswagen Beetle.

Ice Cube Net Worth Over Time 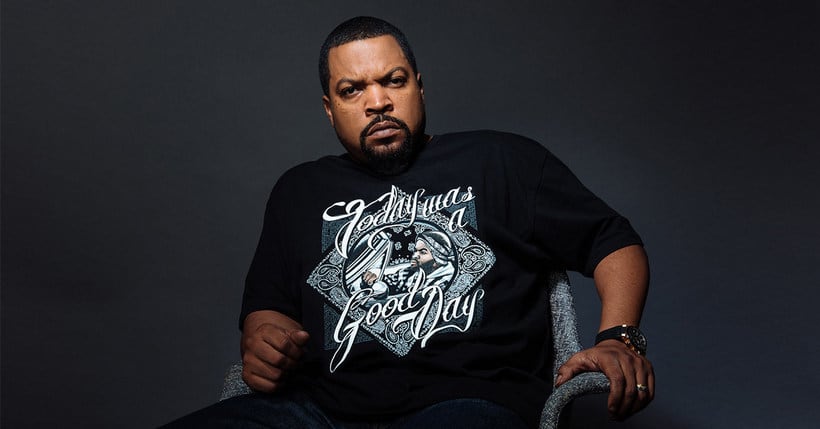 Ice Cube started to gather a fortune a long way ago. He started well and he kept going up the ranks.

The first album has scored a profit of over $2.6 million for the rapper. The second one brought him another $1.5 million and his third one earned him $2.5 million only in the 90’s.

The next decade brought more albums and even more sales, Ice Cube cashing in millions and millions.

But then, acting came in the scene and boosted his revenues a little bit more until he got to earnings as high as $50 million in 2016.

His net worth is now a cool $160 million, but we don’t think it will stay there too long. Especially with his upcoming projects and movie sequels.