The business magnate Carlos Slim Helu was the richest person in the world between 2010 and 2013 and today he is ranked on the second place according to Forbes with a net worth of $75.6 billion. He began his life on the 28th of January 1940 in Mexico City as the son of Julian Slim Haddad and Linda Helu which were of Lebanese descent. 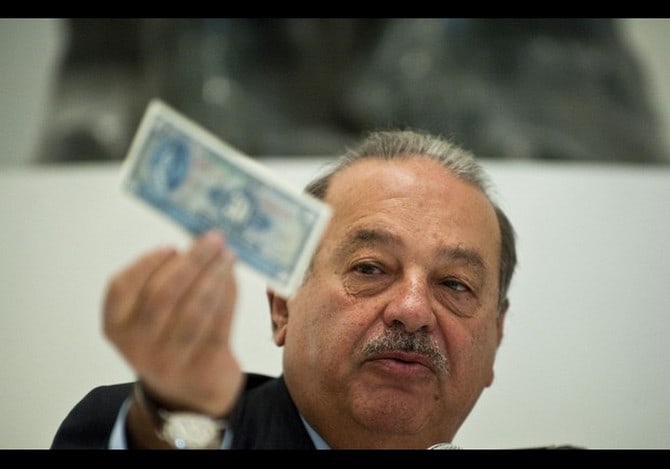 His parents were industrious and the father began a dry goods store in 1911 called La Estrella del Oriente which flourished and by 1921 was having over $100,000 worth of merchandise, allowing them to invest into real estate through the commercial district of Mexico City.

Later on Julian diversified his investments with other businesses and stocks leading him to amass a considerable wealth. The qualities of the father were a strong work ethic and a commitment to the traditional moral values of Lebanon, with a view of business and economics that was quite advanced for the time. Julian got married in 1926 with Linda and they had six children who were taught the principles of business and investment from an early age. 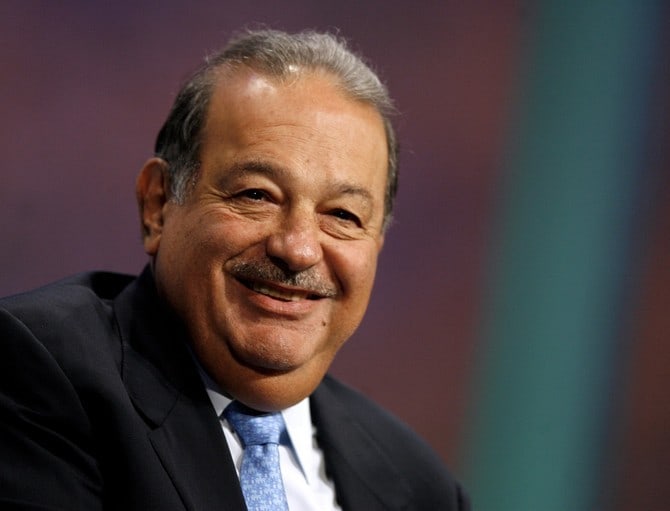 Carlos learned to read financial statements from his father and he kept accurate financial records since those days. Each child received a savings book and a weekly allowance so they learned to manage expenses and their income.

Slim made his first investment at the age of eleven in a government savings bond so that way he learned about compound interest. He has a ledger book where he saves every transaction made to this day. At 12 he purchased his first stock in the form of shares in a Mexican bank and by the age of 15 he was a part shareholder in the largest bank of the country. 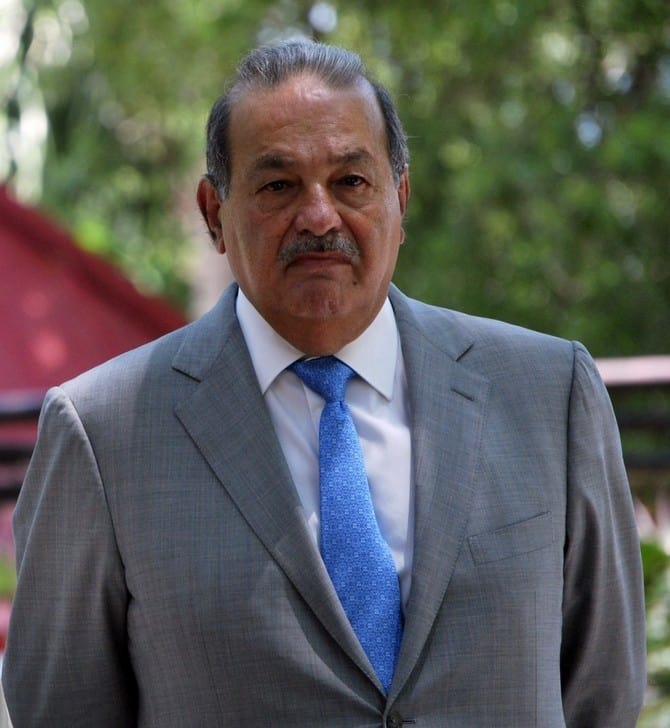 He began to work at his father’s company and then studied at the National Autonomous University of Mexico while at the same time teaching algebra and linear programming here. He was both a student and a professor, graduating with a degree in civil engineering in 1961.

His main interest was in business, so instead of working as a civil engineer he started working as a stock trader and by 1965 the profits from his private investments reached $400,000, sufficient to allow him to start his own brokerage firm which was entitled Inversora Bursatil. 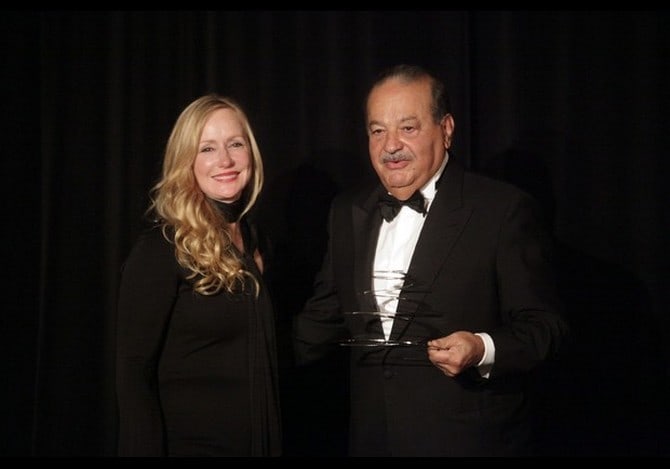 During this period he was also setting the financial groundwork for the Grupo Carso company that was initially a real estate holding, construction company and soda bottling plant. He incorporated Inversora Bursatil and bought Jarritos del Sur making him value increase to $40 million in just a year.

He founded Inmobiliaria Carso and in the same year his marital status changed through the union with Soumaya Domit Gemayel with whom he had six children. 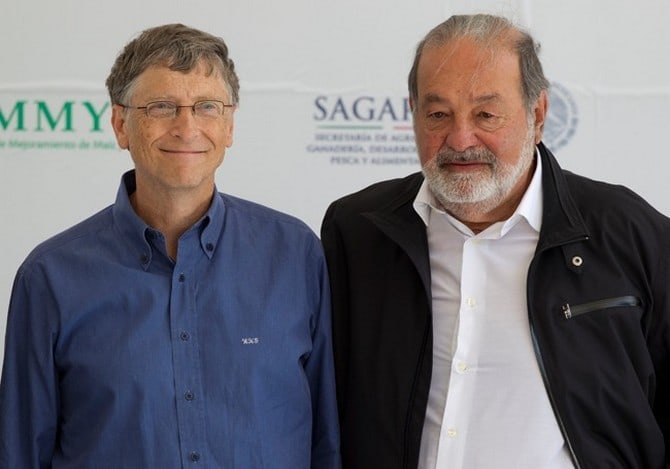 Carlos expanded his investments into a large number of industries such as aluminum, airlines, auto parts, chemicals, tobacco, packaging, tires, cement, retail, hotels, telecommunications and plenty more and continued to buy new businesses all the time. He acquired 60% shares of the small printer of cigarette pack labels Galas de Mexico in 1976 and in 1980 he formed the Grupo Galas which served as a parent company to direct and overview the conglomerate where he had interests.

The year 1982 was a difficult one for Mexico since the oil exports, which was one of the major income sources of the country, contracted and prices fell, leading banks and large businesses to collapse and many of the investors sought to expatriate the capital, but Slim stayed focused and followed the tried and tested strategy of finding bargain companies and buying under valuated businesses. 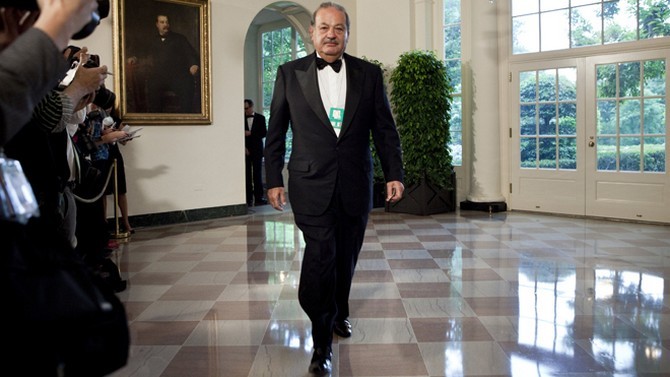 You could summarize his whole strategy by saying that he bought an asset, reinvested the principal into a new asset and then sell the asset for a large profit. The structure of his conglomerate allowed him to buy large stakes and this made his companies somewhat unaffected by the problems in one of the economical sectors, since he spread through different fields and could balance one with the others.

So until the economy of the country got back on track in 1985, Slim was investing large amounts of money and by now owned a large percentage of Mexican businesses like the Empresas Frisco mining and chemicals company, the Industrias Nacobre, Reynolds Aluminio, Compania Hulera Euzkadi, Bimex hotels and the Sanborn Hermanos. During this time he acquired 40% interest in the Mexican side of British American Tobacco, Denny’s, Firestone Tires and The Hershey Company. 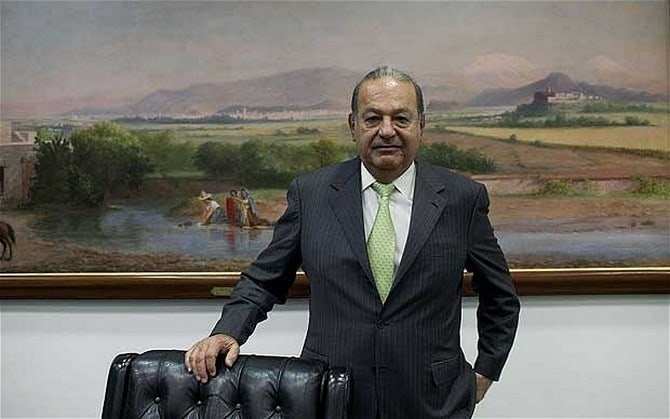 The acquisitions didn’t end that year, since he added the Nacrobre companies group in 1988 and in 1990 he formed Grupo Carso through the merging of Corporacion Industrial Carso and Grupo Inbursa. The name Carso comes from the first three letters of Carlos and the first two of Soumaya, his wife. This same year Grupo Carso was floated as a worldwide public company.

He bought Telmex from the Mexican government with Telecom and Southwestern Bell Corporation when the national industries started being privatized in 1990 and a year later he acquired Hoteles Calinda. 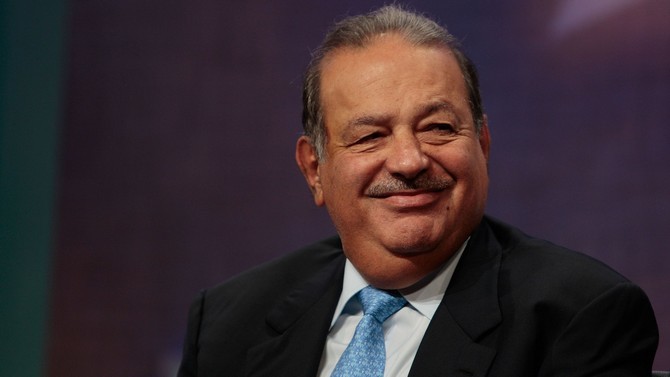 The large number of companies led to the division of Grupo Carso into three smaller companies in 1996, namely Carso Global Telecom, Grupo Carso and Invercorporacion. A year later Grupo Carso sold Procter & Gamble de Mexico and by 1999 Slim started expanding his interests beyond the continent to reach Unites States by purchasing stakes at Barnes & Noble, OfficeMax, Office Depot, Circuit City, Borders and CompUSA. Jokes were made at the time that he moved his focus since “there was nothing left to buy in Mexico”. 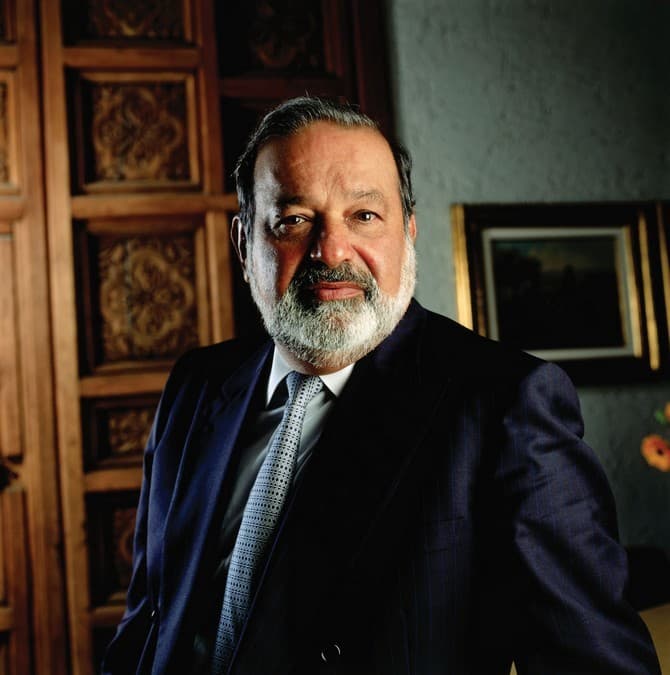 When the 2008 recession hit, he saw a new moment for good investments, and took 6.4% stake at the New York Times Company, increasing the stake at 8% in 2012. The energy industry also began to interest him and in 2011 he bought 70% stake in Geoprocesados SA’s Tabasco Oil Co. which gave him access to the Colombian oil market. 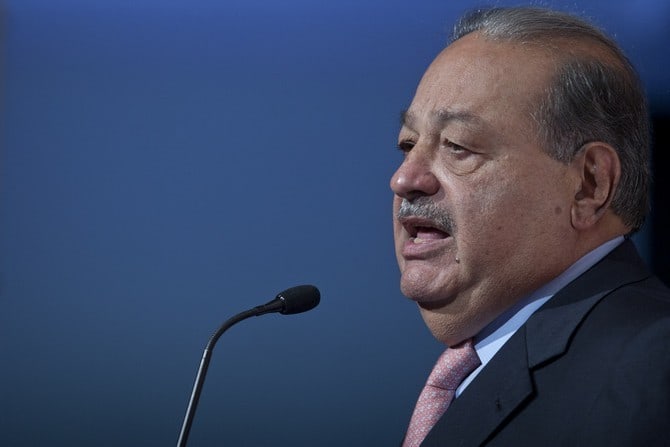 He invested 60 million dollars in the Mobli startup company in Israel in November 2013 and was also taking control of Telekom Austria, having investments throughout the globe and now he has his eyes on Spain, buying real estate at very low prices due to the ailing economy of the country.

Although he has so many investments he still doesn’t use a computer, relying of the ledgers his father taught him to use for his finances since his point of view is that: “I don’t believe too much in luck. I believe in circumstances. I believe in work.” 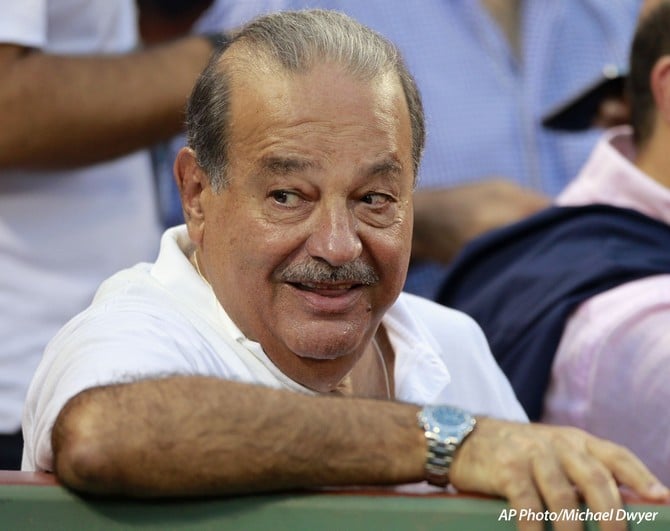 Tags:
Previous Article
Pony Ma and his Tencent
Next Article
The updated Arrinera Hussarya is perfect a spin around the track