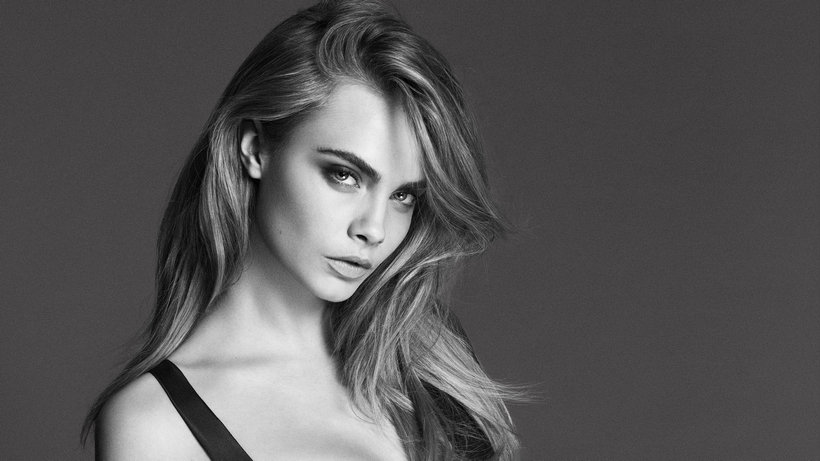 Cara Delevingne is a popular English fashion supermodel and a rising actress. Named the hottest model to come out of Britain since Kate Moss, she has become one of the most promising figures in the entertainment industry today.

She began her career in the modeling world at a very young age and quickly became an A-list name in fashion shows, working for many big names in the industry. Despite the huge success she had as a model, her big dream was to become an actress. Which wasn’t that hard to accomplish given the fact that she’s got an inborn talent of turning heads around with her gorgeous presence.

Her net worth is a good enough $35 million so far. 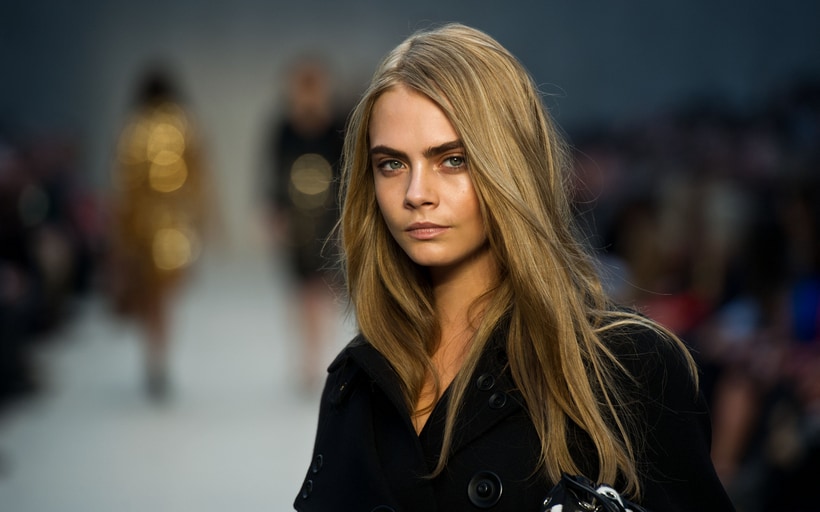 Cara Jocelyn Delevingne was born on August 12, 1992 in Hammersmith, London, as the youngest of three daughters of Charles Hamar Delevingne and Pandora Anne Delevingne. She comes from a famous ancestry, her maternal grandfather, Sir Jocelyn Stevens, being the chairman of English Heritage and a prominent publishing executive.

She was raised in the posh district of West London, Belgravia, one of the wealthiest districts in the world. Until the age of 16, she went to Francis Holland School for girls in Central London, then moved to Bedales School in Hampshire, where she studied drama and music. One year later she dropped it to commit to a career in modeling. 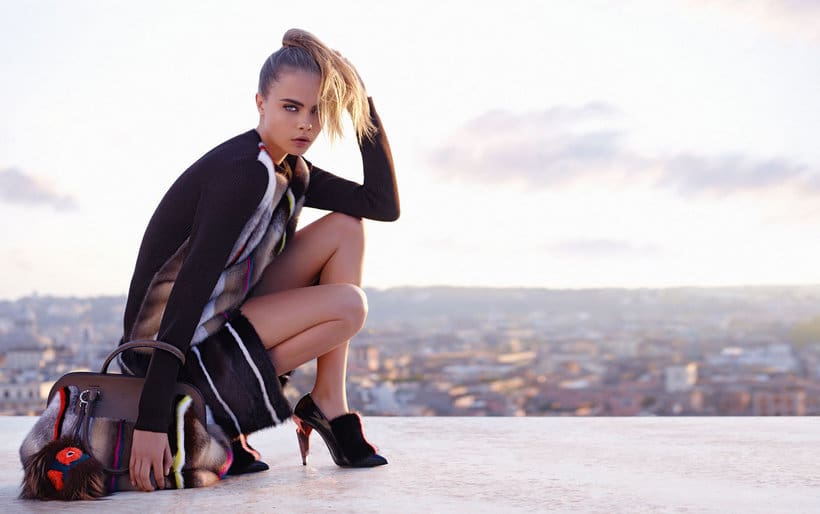 Though she was involved with modeling since appearing in chocolate commercials for Cadbury as a little girl, and then in an editorial for Vogue Italia when she was 10, Cara Delevingne’s modeling career began for real in 2011, when she had her first catwalk appearance at London Fashion Week for the Burberry Prorsum autumn/winter collection.

The chance came only after signing with Storm Model Management in 2009 and going through the grind of two seasons of casting before landing that first runway show.

In 2012 she walked in shows for high end fashion brands like Chanel, Blumarine, Louis Vuitton, Dolce & Gabbana, Victoria’s Secret and more. It turned out to be a big year for the adorable Delevingne since she was named Model of the Year at the British Fashion Awards.

She continued to go up the ranks of the modeling world and in 2015 she became the second highest paid model that year after Gisele Bundchen, with a $9 million total revenue.

After that, Cara decided to take a break from her modeling career and focus more on her biggest dream, acting.

Acting Career and Other Projects 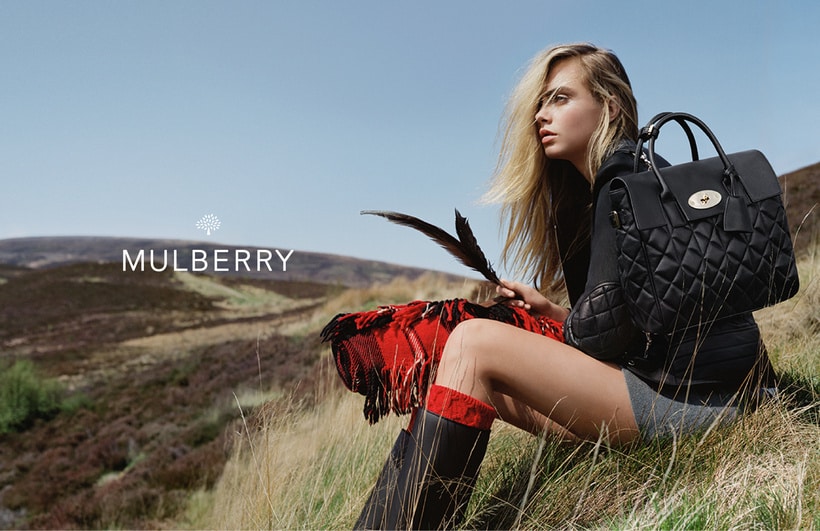 Her first film role came in 2012 as Princess Sorokina in Anna Karenina. Two years later she debuted on TV in the final episode of Playhouse Presents and got a role in the British psychological thriller film In the Face of an Angel.

In 2015 she appeared in Paper Towns and also in the fantasy film Pan in the role of a… mermaid. Oh, well, I guess we can all agree that the role fit her perfectly. One of her biggest movies so far was 2016’s box office hit Suicide Squad.

Her projects for this year are Valerian and the City of a Thousand Planets, the newly out Tulip Fever and soon enough, London Fields.

As if her modeling and acting careers weren’t enough, Cara also sings and plays drums and guitar. Besides the fact that she’s super beautiful, she’s also multi talented. She’s got two music albums under her belt, but she turned down the record deal.

And wait, apart from all that, she’s also a designer, with two fashion collections for Mulberry and DKNY. The former consists of rucksacks and handbags, purses, phone covers, sleeves or passport holders and the latter features sporty street items. 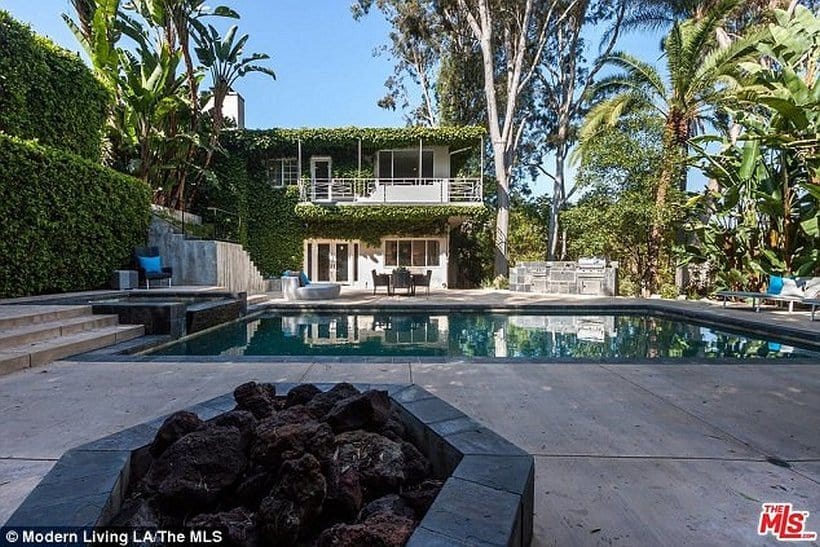 After being told to move out of her parents’ house in Belgravia, she found herself a splendid Georgian mansion in West London for which she dropped close to $4 million in 2014.

The stylish home, built behind a high brick wall that’s perfect to hide her from unwanted views, boasts an impressive master bedroom with a nice balcony and a superb view. It also comes with a huge dressing room, a detail that proved to be very useful for her ever-growing wardrobe.

But that’s not all. Earlier this year she bought Jared Leto’s former Hollywood Hills home, pictured above, featuring four bedrooms, a lovely pool and a recording studio. The cost was around $2 million, but it’s probably all worth it because she had to have a base near Hollywood, right?

We didn’t find out whether or not she owns a car, but for sure that wouldn’t be a problem, since she can afford both buying one or getting rides for free. You can bet that there are a lot of persons who would drive her around.

Cara Delevingne Net Worth Over Time 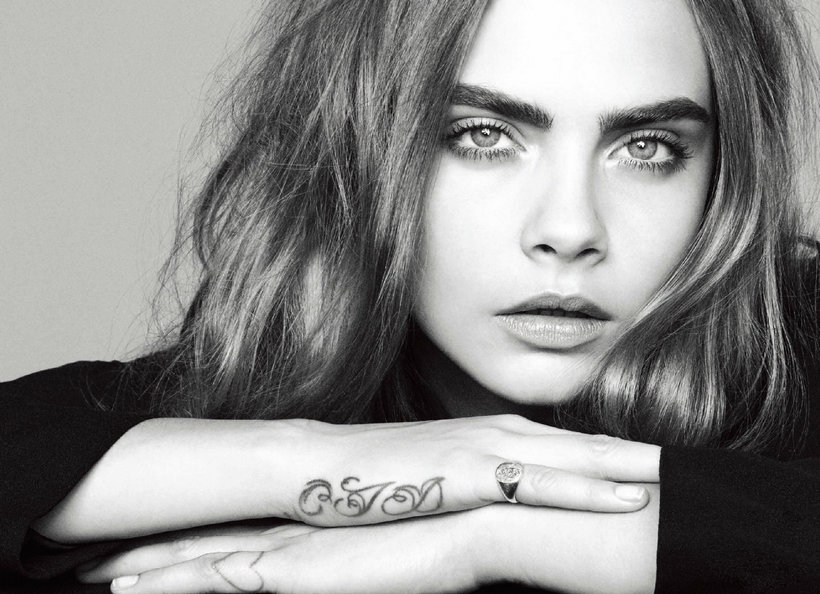 There isn’t much information about her net worth evolution in time, but since she started early, her first years weren’t very lucrative. For example, in 2009, after signing her first modeling contract, she worked a year without any payment.

The big bucks came a few years later, when, in 2015, she got to make around $9 million from modeling. Acting also brought her a good income, making around $8.5 million in 2016, a big part of it coming from the movie Suicide Squad.

All in all, she made $35 million until today and since acting seems to be a big thing for her, you can be sure that her net worth will grow a lot more.