The richest man in Japan, Tadashi Yanai, was born on the 7th of February 1949 in Tokyo, Japan as the son of a tailor and a housewife. The father started a men’s clothing store called Ogori Shoji by the side of a road in Ube, a mining town close to Hiroshima. 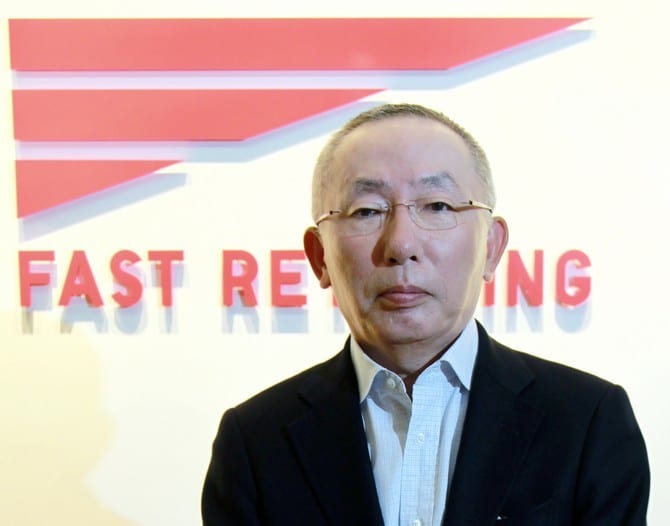 The family lived in Ube for a while, on the second floor of the building with the store, which was on the first level, and Yanai went to high school here after which he went to Waseda University. He received a Bachelor’s degree in Economics and Politics in 1971. In the meantime the business expanded with a few more outlets.

When Yanai graduated he started selling kitchenware and men’s clothing at a Jusco supermarket but after a year there he quit to join his father at the family business. In 1984 the stores expanded in Hiroshima with the Unique Clothing Warehouse, eventually shortening the name to Uniqlo. 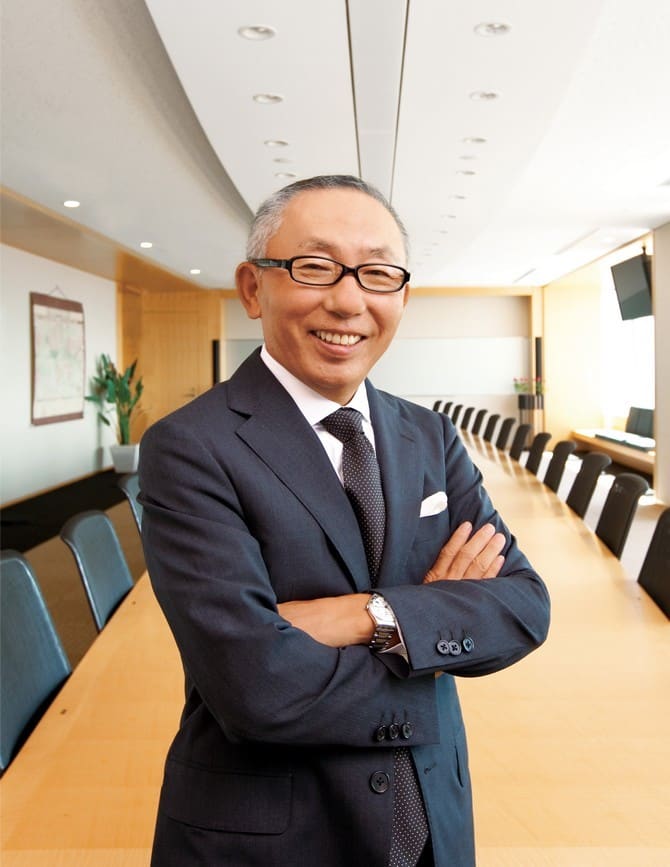 The business grew and the original name Ogori Shoji was changed into Fast Retailing in 1991, to emphasize the thought of expansion and growth that was the basic philosophy of the company. The retailer was the largest growing one in the country and it was listed on the Hiroshima Stock Exchange in 1994.

By 1996 they had 200 stores and the capital coming from them was used to create deals with apparel producers of China as well as starting their own production venture in Shandong, China. Their stores began designing, manufacturing and selling only apparel with the Uniqlo-brand and one of the items, the fleece jackets that sold for $15 dollars were a smash hit being estimated that one in four Japanese bought one of these by 1998. 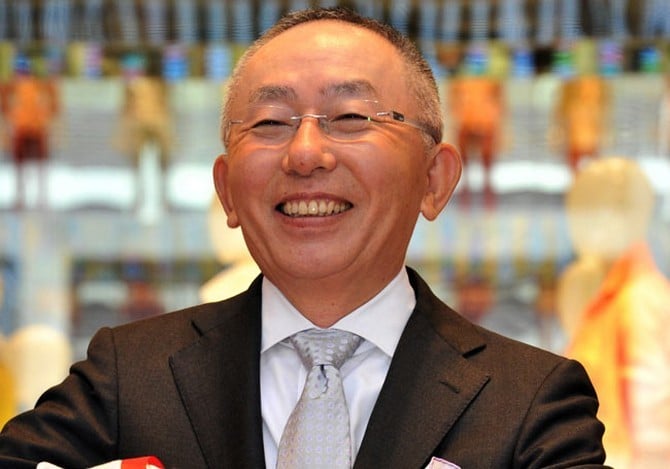 For the Olympic athletes of Japan the uniforms in 1998, 2002 and 2004 came from Uniqlo and they also made the uniforms of the Thespa Kusatsu team of the J. League. The golf player Adam Scott also wore Uniqlo when winning the 2013 Masters at the Augusta National Golf Club and the tennis player Novak Djokovic wore Uniqlo shirts and shorts at a lot of important tournaments. Adam Scott was chosen as an endorser only six days before winning the Masters.

Until 2000 the company had over 400 stores and 26 million jackets were sold just in Japan so they through of going overseas with their products and the next year the first store was opened in U.K. and China. 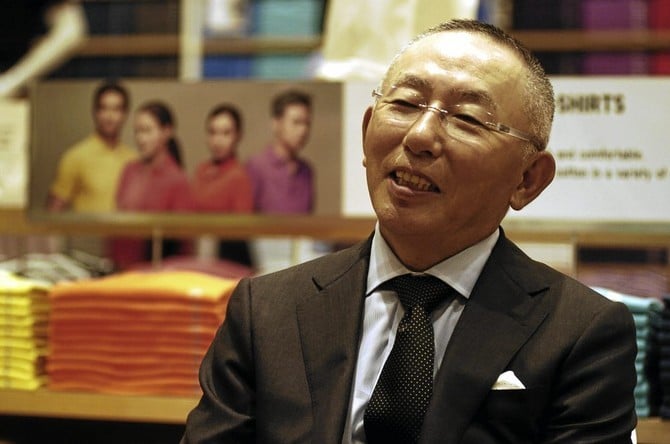 In February 1999 Fast Retailing was listed on the Tokyo Stock Exchange on the first section and the company also owns the Theory brand from the U.S., ecquity stake in Link Theory Holdings Co Ltd and in 2007 it made an attempt to buy the Barneys New York department store for $900 million but eventually gave up. They also own J Brand, Comptoir des Cotonniers, g.u. and Princess Tam-Tam. 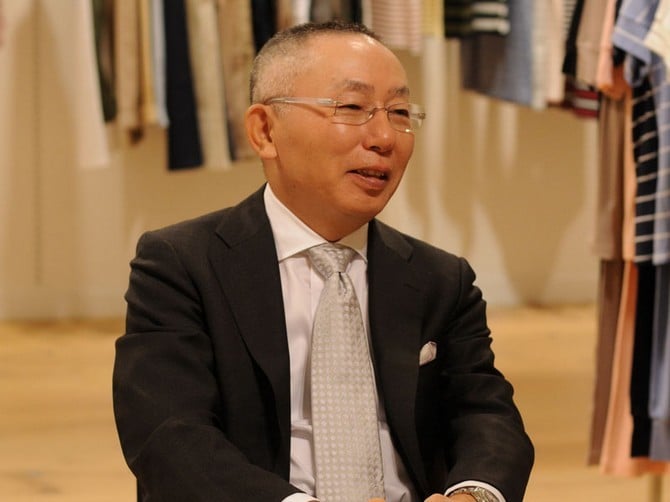 Some of the stores in the U.K. proved unsuccessful and he eventually closed 16 of the 21 units that were opened there after only two years. A food distribution business was started and it also failed. He once said in an interview: “I might look successful but I’ve made many mistakes. People take their failures too seriously. You have to be positive and believe you will find success next time.” 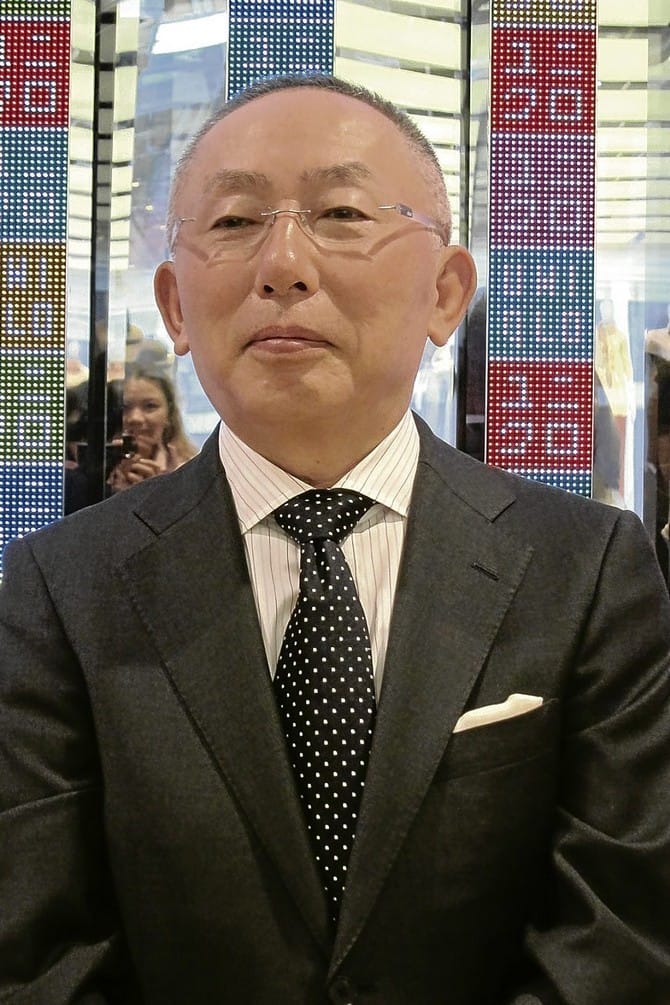 The stores continued to expand and Fast Retailing hired executives from global retailers to speed up the decisions made for the business outside Japan. New stores were opening in the SoHo district of New York, Seoul and Hong Kong in 2005 and by the end of the year there were 700 stores in Japan alone.

The Uniqlo Company set global sales goal of $10 billion in 2007 wanting to rank among the top five global retailers with Gap, H&M, Inditex and Limited Brands and they signed a design consulting contract with Jil Sander two years later as well as with Shiatzy Chen who produced a capsule collection of ready to wear pieces that was launched in November 2010. 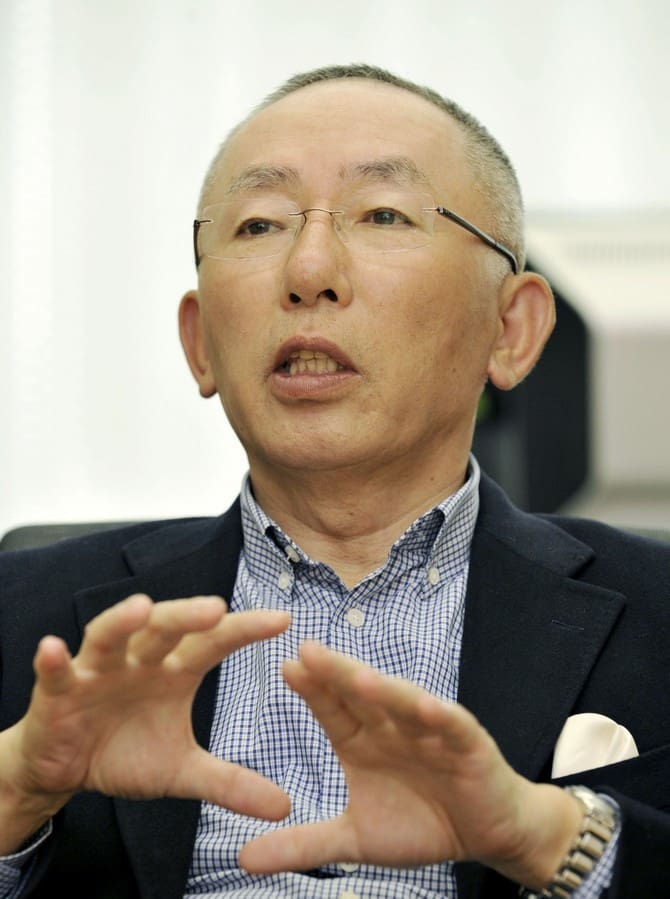 Yanai always said that “Uniqlo is not a fashion company, it’s a technology company” due to the approach it has to apparel manufacture, which is closer to the product development through the technology industry instead of the usual trend driven patterns that characterize the fashion industry. When Zara prides itself with the rapidly responding and fast changing trends with the items coming from the factory to the store in only two weeks, the philosophy of Uniqlo is just the opposite with the wardrobe essentials being planned a year in advance. 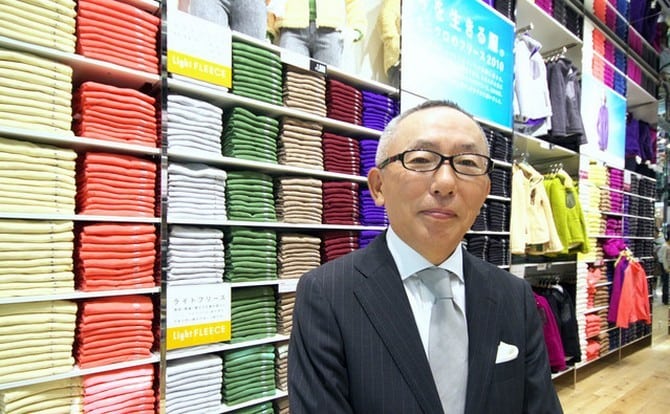 Yanai received the International Retailer of the Year award in 2010 from the National Retail Federation from U.S. and in 2012 was included in the 50 Most influential people in the Bloomberg Markets Magazine.

Aside from his work he is married and has two sons: Kazumi and Koji living with them in Tokyo. He plays golf each Saturday and Sunday with an 11 handicap at the exclusive Koganei Country Club where the membership costs no less than $590,000. He uses his wealth for philanthropic purposes as well and when the Sendai earthquake struck in 2011 he donated one billion yen to the victims. 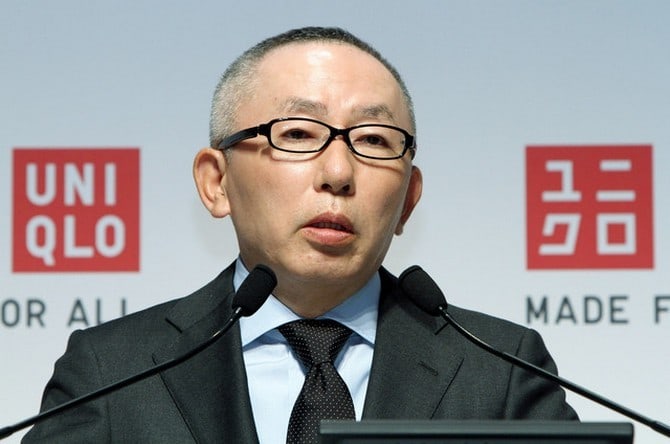 He likes to go through his stores unannounced and according to his own statements he is rarely recognized. He insists that all business meetings with customers be conducted in English and thus requires each manager to be fluent in the language.

In an interview from last year he said that “Uniqlo’s origin is a discounter, but it has acquired higher-end brands and Uniqlo’s design has kept improving. In the past, people thought if they are found wearing Uniqlo, that’s embarrassing, but less people think so these days.” With this in mind, the 2020 goals they set focus more on the figures rather than on quality and they expect 5 trillion yen as pretax profit by that year. 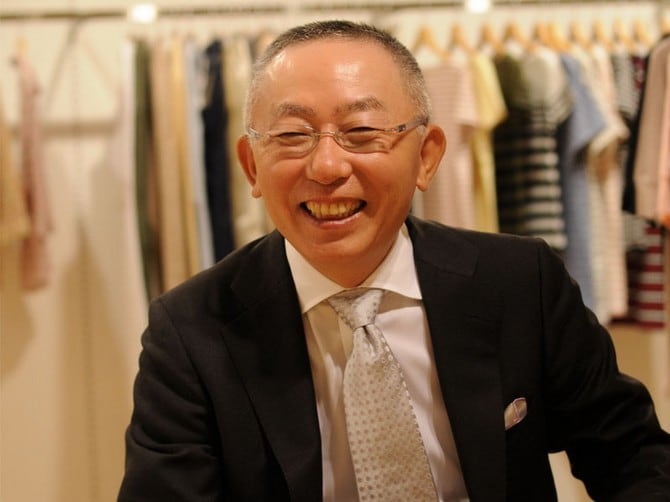 There are currently 1400 stores and the international business brings them one trillion yen from China, one trillion from the other Asian countries and another trillion from the U.S. and Europe, raising the fortune of Tadashi by over $3 billion in the past year alone and putting him at a current net worth of $22.2 billion and thus he is the wealthiest man in the country. 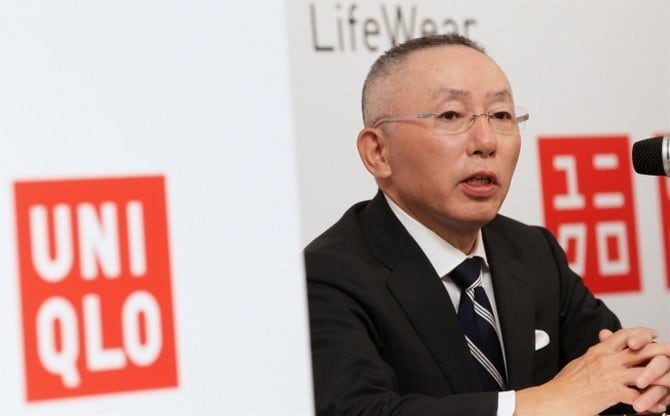 Tags
Previous Article
The Palace Hotel Tokyo Lives Up To Its Name
Next Article
The Incredible Phase One XF Camera System is priced at $50,000