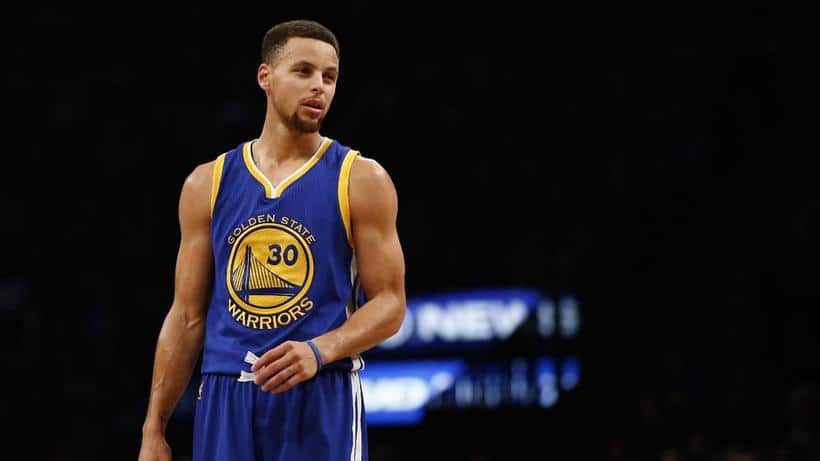 Some call him the greatest shooter in NBA history, for good reason. Stephen Curry has rocked the NBA in these last couple of years, taking home two MVP awards already and leading the Golden State Warriors to their first NBA championships in 40 years. He’s also a four time All Star, NBA Scoring Champion, and earned many other accolades in the process, including being named AP’s Athlete of the Year in 2015.

That’s why he’s widely regarded as one of NBA’s best players right now. But a few seasons ago, he was only the 85th highest paid player in the league and maybe the best bargain in basketball, ever. His net worth reached a good $130 million mainly from endorsements, but he recently signed a mind boggling $201 million 5-year deal with the Golden State Warriors, one of the richest contract in the league. 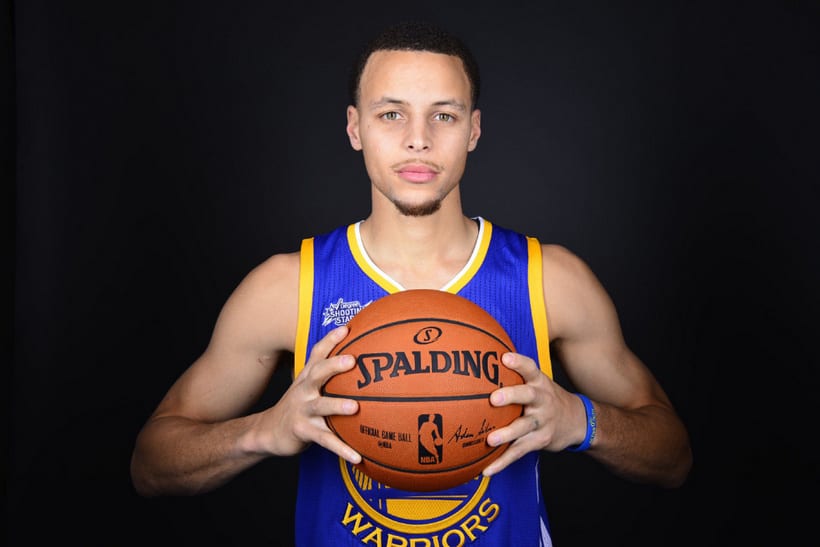 Wardell Stephen Curry II was born on March 14, 1988 in Akron, Ohio, the oldest son of Sonya and Dell Curry. His father is a former NBA pro, who played most of his career for the Charlotte Hornets. Guess where did his son take the passion from.

While his father provided the passion and basketball fundamentals, his mother, a former professional volleyball player, taught him the discipline to train hard.

He attended the Davidson College in North Carolina and started playing for the Wildcats. He demonstrated his skills in his second game by scoring 32 points against the University of Michigan, earning the Southern Conference freshman of the year honors.

He became a national star in his sophomore year and began his professional career in 2009 when he was drafted by the Golden State Warriors. 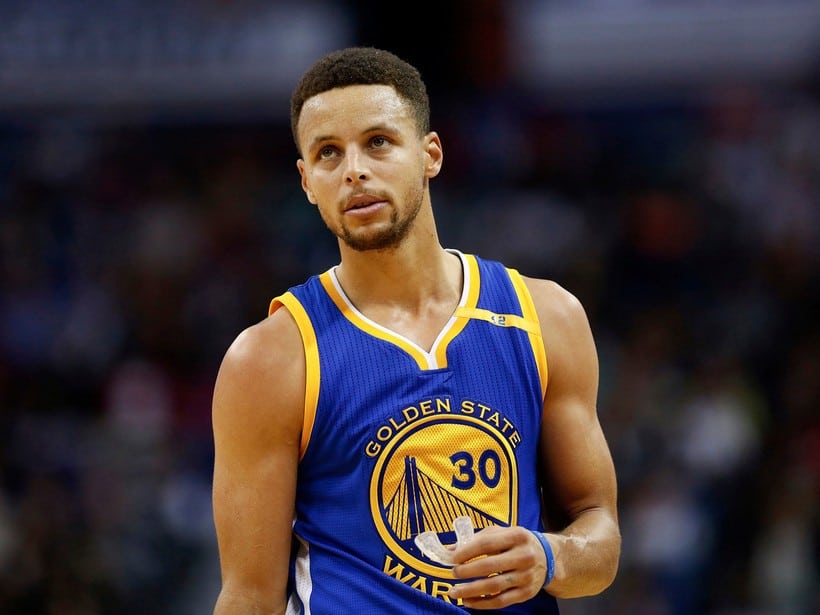 After being selected to play for the Golden State Warriors, Steph proved himself on the court and at the end of his first season, he was second in voting for NBA Rookie of the Year. His impressive skills also earned him a spot in both the NBA All-Rookie First Team and in the US’s Senior National Team.

Several injuries and surgeries prevented him to play much of the 2011-12 season, but he came back in force for the next one and set the NBA record of 272 three-pointers, rising up to the title of one of the best shooters in NBA.

But that was only the beginning of Stephen’s great career, as more achievements followed in the next seasons. He got his first MVP in the 2014-15 season and set a new record of 286 three-pointers while leading his team to their first championship in 40 years.

Following that, Stephen helped the Warriors reach an NBA record of 73 wins in the 2015-16 season. He broke his three-point record again with a breathtaking 402 shots made and he was named NBA’s first unanimous MVP, also making him one of the 11 players to get two consecutive MVP’s.

Subsequently, he signed the richest contract in NBA history, a huge $201 million extension with the Warriors, which also makes him the first NBA player to sign a super-max contract. 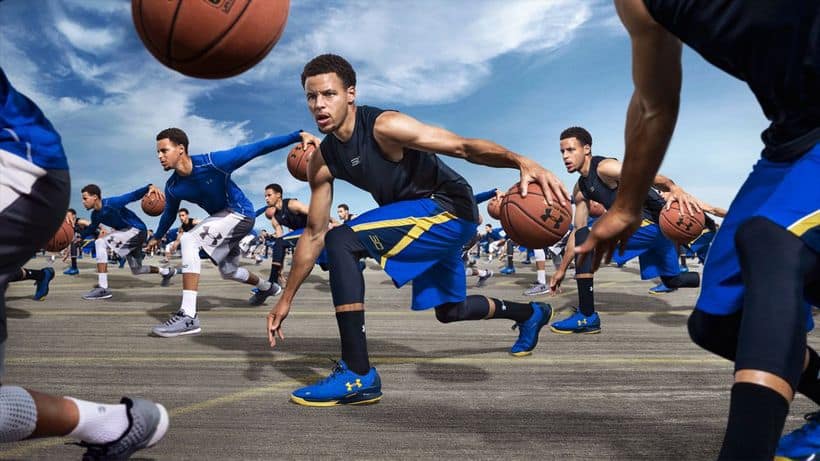 Curry doesn’t seem to have time for other ventures and projects, but since he’s one of the best players in NBA, he didn’t miss out on the opportunity to score some great endorsement deals.

The brands that he endorses are Under Armour, Brita, Vivo, PressPlay and JPMorgan Chase. He’s expected to earn somewhere around $35 million from all those deals this year, making him one of the highest paid celebrities in the world. 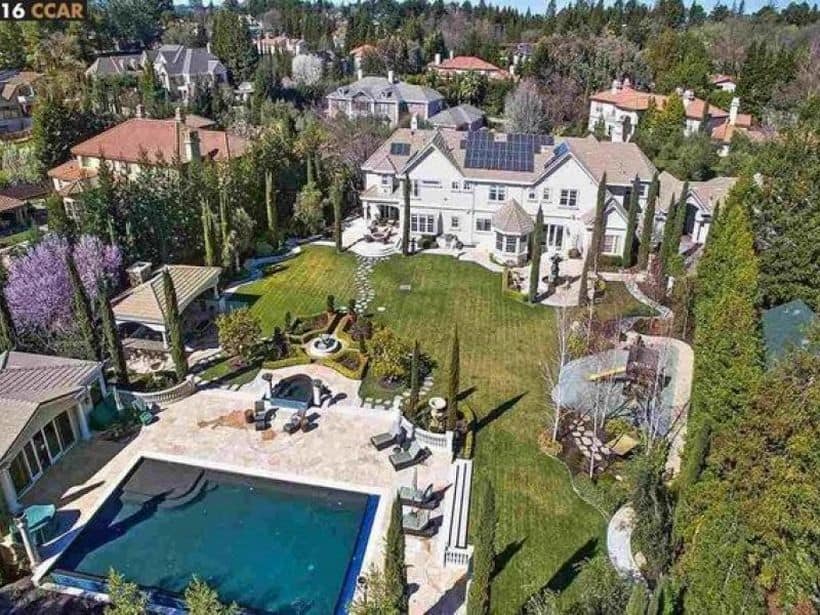 Stephen Curry is a brilliant scorer not only on the basketball court but also in real estate.

Next came an almost 8,000 square foot Mediterranean style estate in the nearby Walnut Creek. The impressive mansion costed the NBA star $3.2 million in 2015 but decided to list it for sale less than a year later for $3.7 million. It didn’t sell and was put on sale again this year for the lower price of $3.5 million.

Curry’s latest acquisition and main residence is a huge 10,290 square foot mansion in Alamo, California. Bought for almost $5.8 million in 2016, the lavish estate features five bedrooms, a lovely infinity-edge outdoor pool, wonderful gardens and all the amenities he could wish for.

As for cars we do know that the NBA star likes to ride in his California Wheels customized black Mercedes G55. For sure it’s not the only one, but this is his favorite.

Stephen Curry Net Worth Over Time 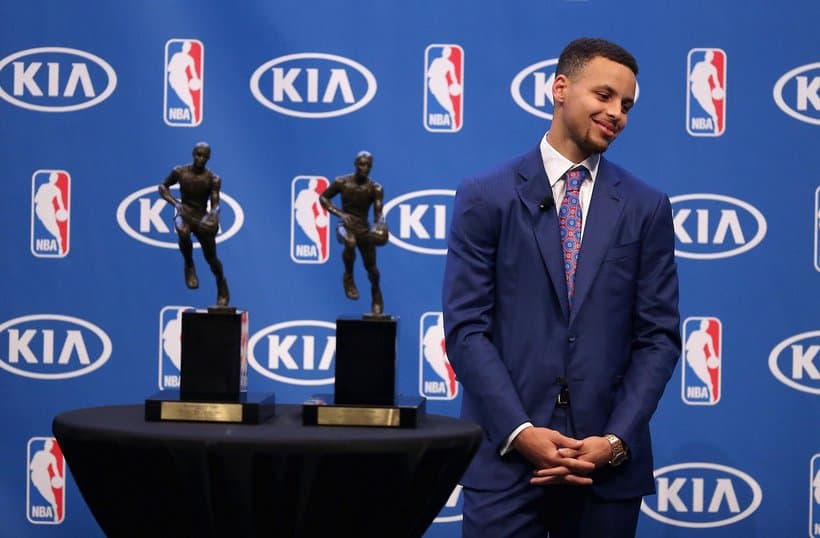 While Stephen Curry didn’t receive a lot of attention in his early years, it all comes back to compensate in the end.

His first contract with the Golden State Warriors was signed for $12.7 million. The next extension came with an additional $44 million over 4 years, but adding the endorsements his income last year was a cool $35 million.

Also this year, he scored big, signing off the deal of his life, and the biggest deal in NBA history as well. A super-max contract of $201 million for the next five years.

His net worth got to the decent sum of $130 million for now, but with that new contract and his expected total revenues of $80 million for the next season, counting his salary and endorsements, his net worth will score high, just like his shots do all the time.

Tags
Previous Article
It’s all clear: The Bell & Ross BR-X1 Skeleton Tourbillon Sapphire
Next Article
Baglietto’s 43M Fast is not All About Speed