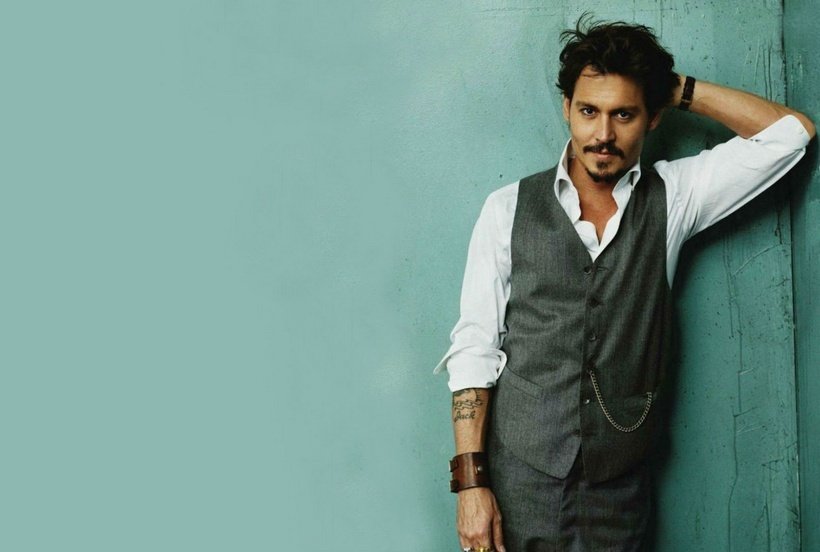 He’s one of the biggest stars Hollywood has right now, and one of the most known celebrities around the world. He’s the famous Jack Sparrow from Pirates of the Caribbean. Yeah, we’re talking about Johnny Depp, and you can’t not know him.

American actor, producer and musician Johnny Depp had his start in the early 80’s and since then he’s had astonishing success in the film industry becoming one of the world’s richest actors today with a net worth of $200 million in 2021. But don’t think for a second that all this has come easy. The characters he usually portrays are some of the most challenging roles. 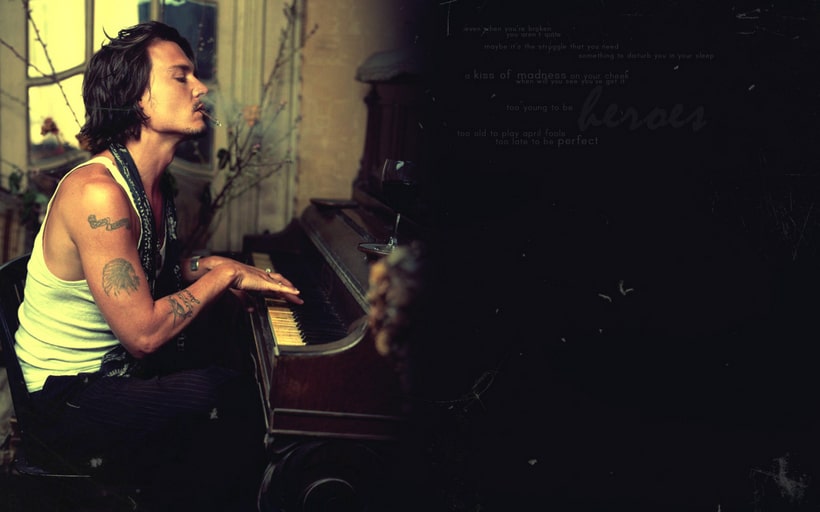 John Christopher Depp II was born on June 9, 1963 in Owensboro, Kentucky, the youngest of four children. During his childhood, he had to move frequently, as his family lived in more than 20 places before establishing themselves in Miramar, Florida in 1970. At the age of 12 he received a guitar as a gift from his mother, which led him to play in various garage bands.

When he was 15, his parents divorced. One year later, he dropped out of high school to become a rock star. After two weeks he wanted to go back but the principal told him to follow his dream as a musician. He did that and got to play in a band called The Kids. They were successful locally, but they barely made ends meet and the group split up. Depp had to sleep in a friend’s car for a few months.

In December 1983, the 20-year old Depp married Lori Anne Allison. During those times, he worked various trivial, odd jobs before his wife introduced him to her ex-boyfriend, actor Nicolas Cage. It was Cage who advised Johnny Depp to pursue a career in acting. Which he did nonetheless. 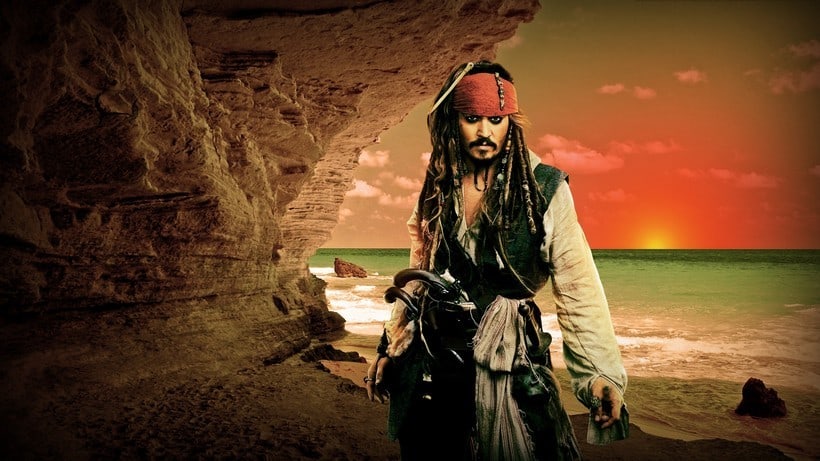 After being introduced by Cage to a Hollywood agent, Depp had several small appearances before landing his first big movie role. It was 1984’s Nightmare on Elm Street. In 1987, he rose to fame when he replaced actor Jeff Yagher in the role of the undercover cop Tommy Hanson in the Fox television series 21 Jump Street.

Following his contract ending in 1989, Depp went on to try more challenging characters. The first one was his lead role in Edward Scissorhands in 1990, a role for which he was praised as one of the most interesting lead actors.

He was now on Hollywood’s A-list. And that was only the beginning. His reputation grew more with films such as Ed Wood (1994) and Fear and Loathing in Las Vegas (1998).

But his most iconic role was about to come. In 2003, Johnny Depp starred in the comic adventure Pirates of the Caribbean: The Curse of the Black Pearl as the now legendary Captain Jack Sparrow. Depp captivated audiences with his wacky presence and the movie became a massive box office hit. The franchise continued and this year saw the release of the fifth installment, Dead Men Tell No Tales.

Other memorable film appearances in the last years include 2004’s Finding Neverland, 2005’s Charlie and the Chocolate Factory, 2010’s Alice in Wonderland, 2012’s Dark Shadows and 2015’s Black Mass. And let’s not forget about his successful franchise Pirates of the Caribbean with Dead Man’s Chest in 2006, At World’s End in 2007, On Stranger Tides (2011) and of course, Dead Men Tell No Tales (2017). 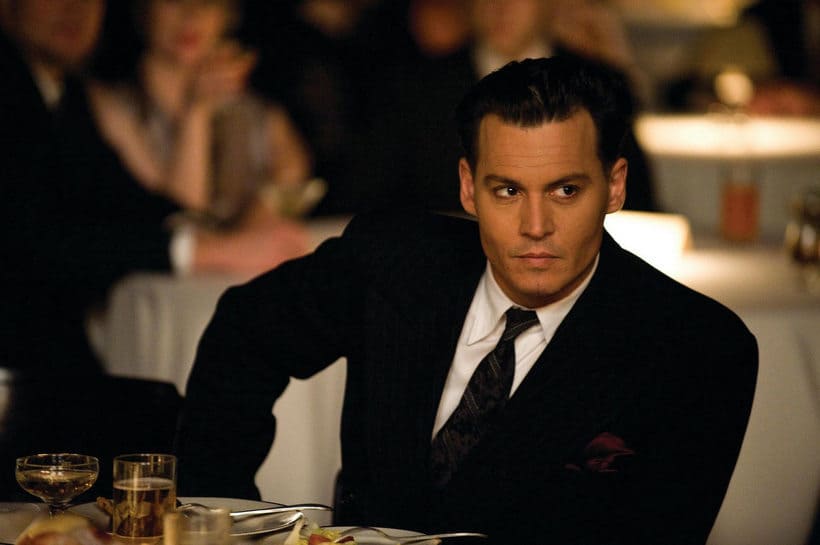 One of Depp’s other projects is his production company called Infinitum Nihil, where he’s the founder and CEO. It was started in 2004 and has already given a few movies to the big screen.

Besides that, he also started a winery and purchased a few vineyards in Saint-Topez, France. Plus a superb restaurant on Champs-Elysees.

Houses and Cars – and pirate ships? 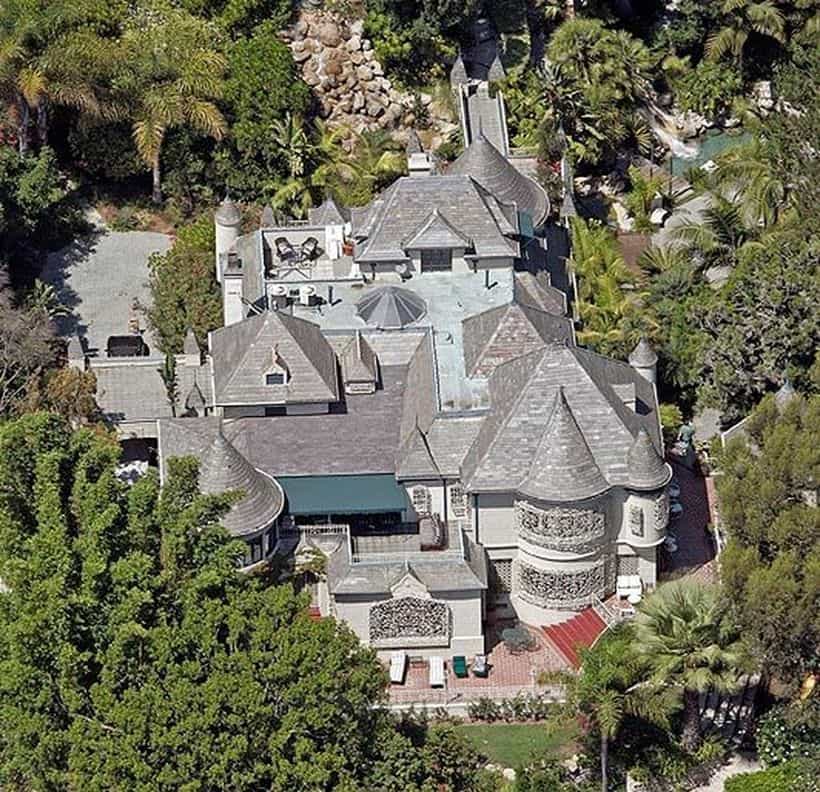 Now things are getting interesting. Johnny Depp’s lifestyle is an ultra-extravagant one. His expenses are massive.

Business Insider claims that the renowned actor owns 14 estates around the world. A few houses in Hollywood, some penthouses in downtown Los Angeles, a horse farm in Kentucky, a marvelous estate in southern France worth around $26 million and you would think that’s enough, right? Wrong.

The famous Hollywood actor bought himself a pretty island in the Bahamas. But that’s what pirates do after all, no? They own islands, ships and they rule the seas.

Well, this isn’t too far from the truth. Depp fell in love with the Bahamas while filming Pirates of the Caribbean and thought that he could live there in peace, away from the stressful life in Hollywood. So in 2004 he purchased a $3.5 million, 45 acre island, called Little Halls Pond Cay. 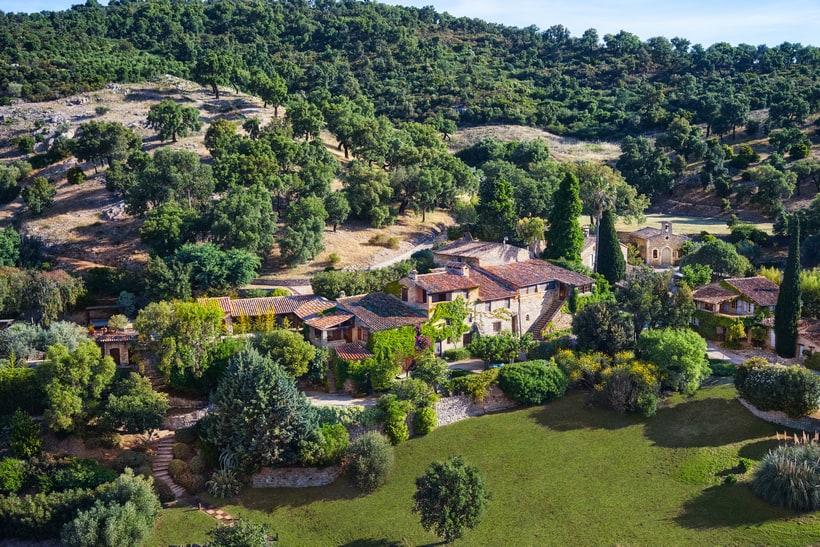 Privacy seems to be an important thing for the actor. For example, he had a huge 30-room mansion in Los Angeles, for which he dropped almost $2 million in 1995. Later, for more privacy, he bought the surrounding houses for another $10 million. Easy, don’t you think?

Let’s move on to his rides. On this chapter he’s got his feet on the ground. What we mean is that he owns only cars. Around 45. Luxury cars. His favorite is a red 1959 Corvette Roadster, but he has been seen driving around LA in a Cadillac Escalade or an Audi A8 as well. Oh, and he also had a 156 ft. yacht called Vajoliroja that was sold for $33 million just a few years ago.

Johnny Depp Net Worth Over Time 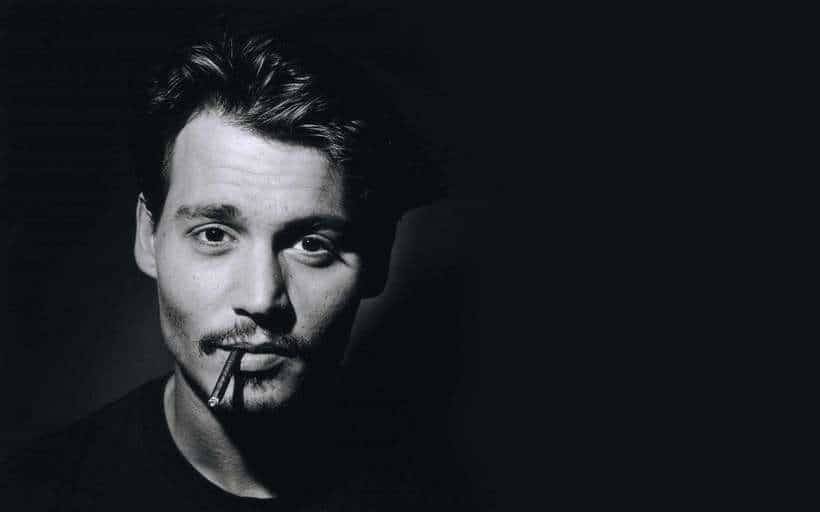 Johnny Depp has come a long way since his first appearance on the big screen in 1984. His net worth also.

While we don’t know how big his paycheck was in the past, we can tell you that today he makes an average of $20 million per movie. Endorsements also bring him close to $10 million per year. His annual salary spins around $50 million right now.

While he’s in some financial troubles right now, for sure his massive $200 million net worth of today will continue to grow more.