The businessman Dilip Shanghvi started his life on the 1st of October 1955 in Amreli a small town in the Gujara province of India but was raised in Kolkata since it was here that his father had a pharmaceutical trading company which sold branded or generic drugs. 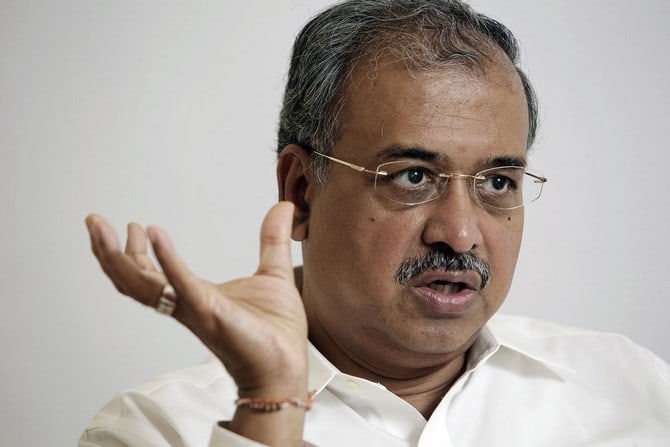 While working as a drugs distributor for his father he began having thoughts and hopes of creating his own drugs instead of selling the products made by others but he chose to study commerce instead of pharmacology, thinking of leaving the actual chemistry to other persons.

He received a Bachelor of Commerce degree from the University of Calcutta in 1982 and then he started the Sun Pharmaceuticals company based in Mumbai. The company consisted of two men that were selling Lithosun, a drug used to treat bipolar disease. The second person in the operation was Pradeep Ghosh who works at Sun Pharma to this day. 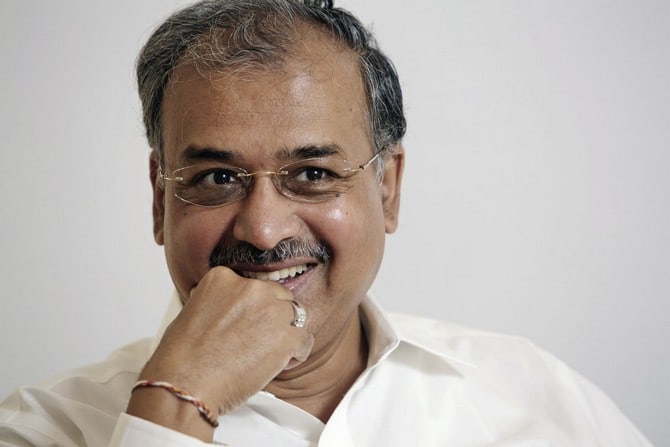 The capital for starting the company was of Rs 10,000 at Vapi and it expanded from a single product to five in just a little while, all in the field of psychiatry. During this period there were very few multinational drug firms that were making the products they were selling, so business thrived and they soon realized that in order to continue he needed his own factory. In 1987 they added cardiology products and in 1989 gastroenterology items were introduced.

Business was thriving and in 1993 Shanghvi opened the Pharma Advanced Research Center to increase the development speed for generic drugs. They sold the first shares on the Bombay and National Stock Exchange in 1994 with the initial public offering being oversubscribed 55 times. 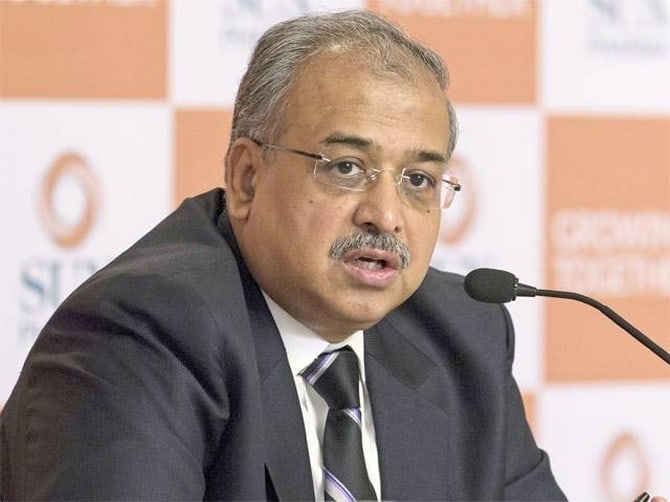 A plant at Ahmednagar that was manufacturing bulk drugs was purchased in 1996 from Knoll Pharmaceuticals and the dosage plant at Halol from MJ Pharma. Both of them are approved by the FDA today.

In 1997 Sun Pharmaceuticals expands into the U.S. with the acquisition of Caraco Pharmaceuticals from Detroit giving them access to the largest market for generic drugs as well as their distributors and expertise in dealing with the Food and Drug Administration proving to be one of their most invaluable purchases for the future. 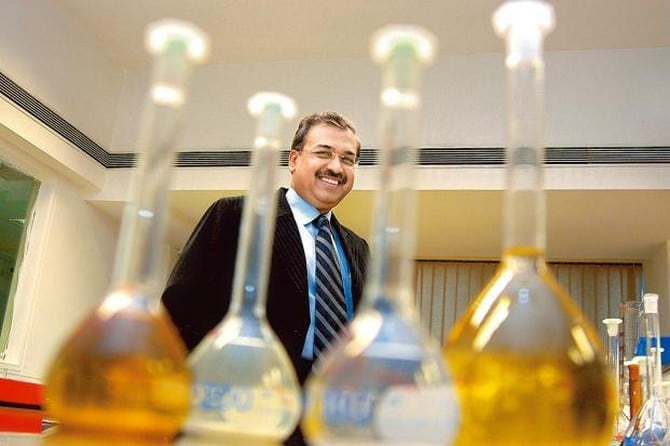 The year 1998 made them focus on respiratory brands acquired from Natco Pharma and during the next years the Milmet Labs, Gujarat Lyka Organics, Pradeep Drug Company, Phlox Pharma and Chattem Chemicals followed for the decade until 2008.

Shanghvi started an attempt to take over Taro Pharmaceutical in 2007 with a $454 million bid to acquire Yakum, based in Israel and when this failed he continued to acquire stakes until a 61% was reached, leading to disputes with the company founders over control. The rest of the company tried to be bought in October 2011 for $367 million but the offer was rejected and Sun finally withdrew their efforts on February 8 2013 although they still own around 69% stake in Taro. 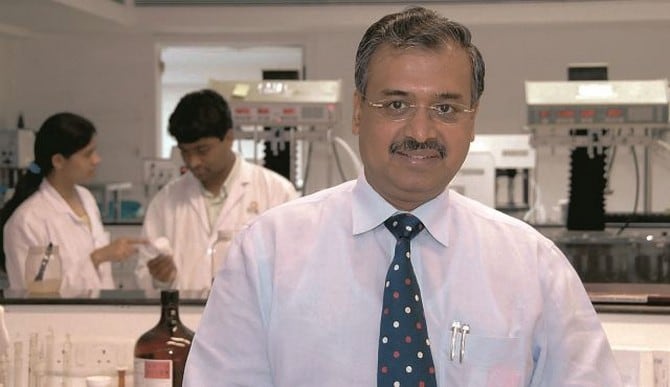 In 2011 a joint venture was signed between Sun and MSD to expand the distribution of complex and differentiated genetics to the emerging markets outside of India and the next year led to the acquisition of two new companies from the U.S., namely DUSA Pharmaceuticals Inc., specializing in dermatological devices, and URL Pharma, Inc. that functions as a generic pharmaceutical company.

Israel Makov, the former CEO of Teva Pharmaceuticals, was named chairman of Sun Pharmaceuticals in June 2012 when Shanghvi retired. By this year the shares increased in value by 16,000% from the initial public offering that happened in 1994, reaching 635.80 rupees. 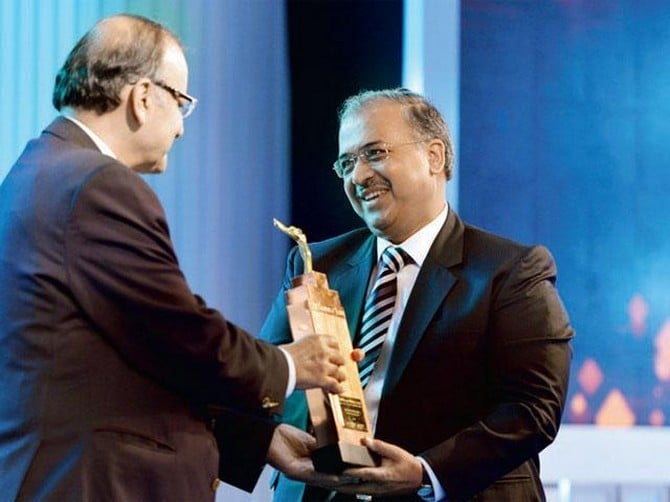 The R&D of Sun joined forces with the research company Intrexon in 2013 for the field of ophthalmology continuing to improve on the existing technology and new acquisitions followed when on 6 April 2014, Sun Pharma announced that they would acquire Ranbaxy Laboratories Ltd. for the sum of $3.2 billion in stock. 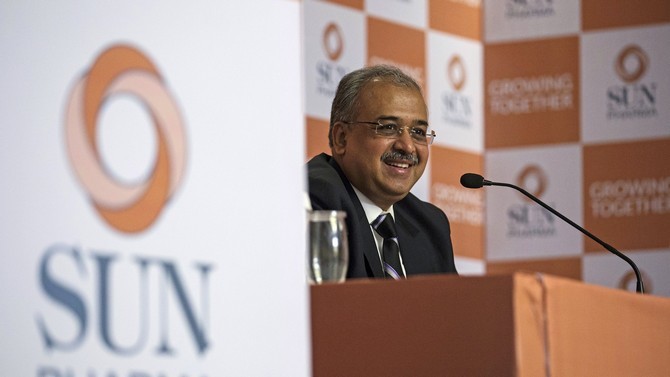 The purchase bought one of their largest domestic competitors and made Sun Pharma the largest pharmaceutical company in India and led to the combined entity having operations in 65 countries with 47 manufacturing facilities spread over five continents. Shanghvi said about the agreement that “This is the biggest deal we have done, but not the most difficult one”, probably referring to the previous deal with Taro Pharmaceuticals. 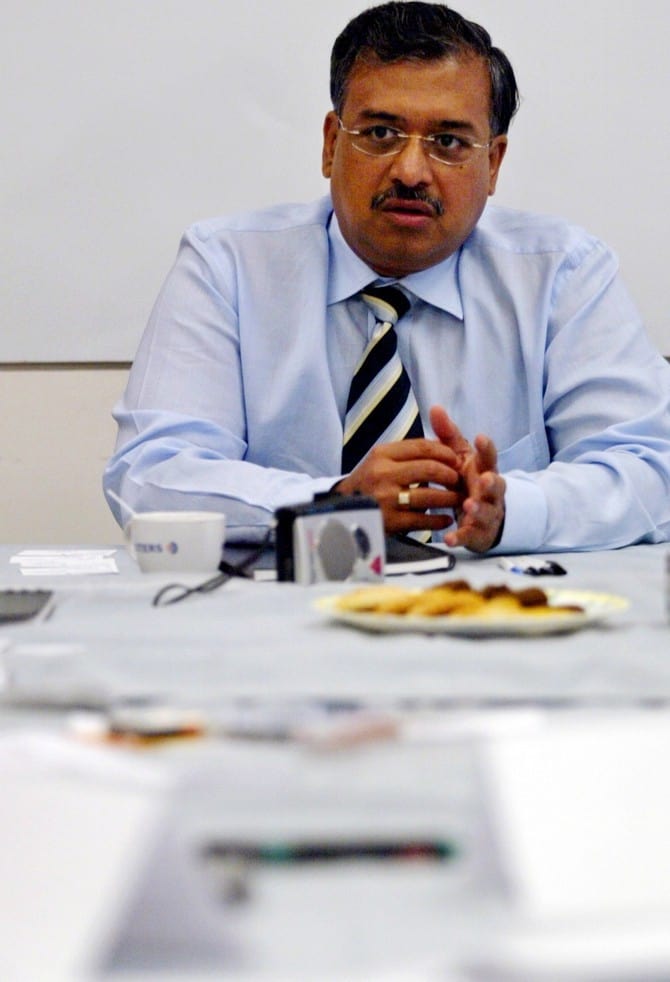 On 19 February 2015 he became the richest person in India when the stocks of his company went up and he surpassed Mukesh Ambani, although a while after he moved back on the second place in the ranking. But the competition for the title is still on.

He didn’t stop here to relax but only a month after this event he announced that the company signed an agreement to buy the opiate business in Australia from GlaxoSmithKline to strengthen the pain management portfolio of Sun Pharma with analgesics made from raw materials. The deal is expected to be closed in August and the business has a staff of 185 as well as two manufacturing sites in the states of Tasmania and Victoria. 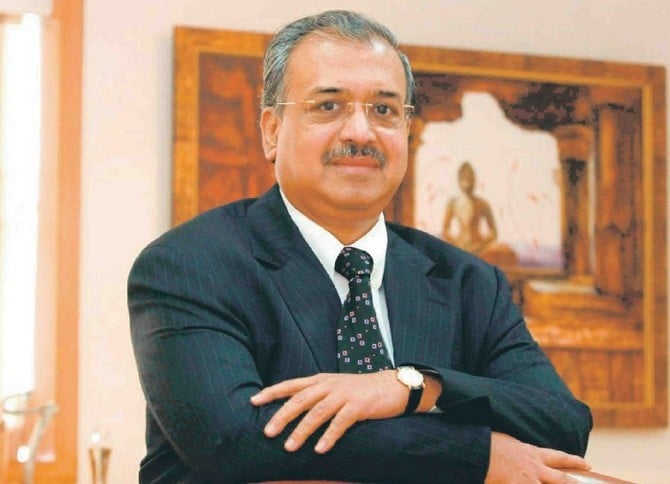 Shanghvi received a large number of awards and recognitions for his work throughout his career, such as the E&Y Entrepreneur of the Year in 2010 or the Businessman of the Year from Business India in 2011, and he is a chairman of the shantilal Shanghvi Foundation which helps with the progress of research in the field of healthcare and medicine in general.

He is married to Vibha Shanghvi and they have two children together who have also entered the family business, one of them managing the Diabetology brands of Sun Pharma and the other working as the head of the Rest of the World business. 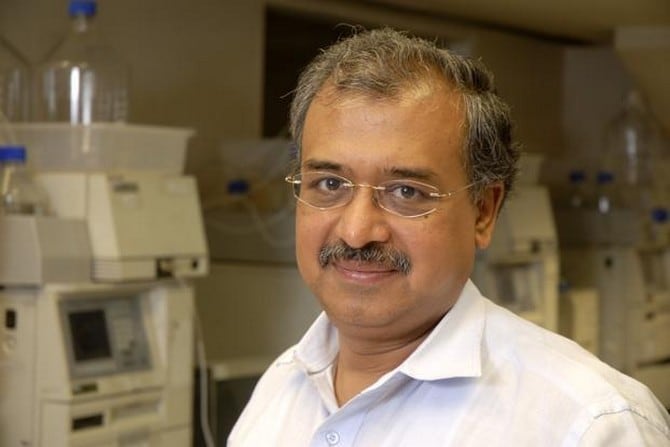 Dilip Shanghvis is one of the rare examples of people starting from nothing in India and managing to build an empire which is today estimated at $16.9 billion according to Forbes. Most of his fortune comes from the 61% equity interest in Sun Pharmaceuticals which he either holds directly or via several holding companies. He also owns 64% of Sun Pharma Advanced Research and outside his main company he owns 18% of Bio Light Israeli Life Science, 4% of Natco Pharma and he bought 23% of Suzlon Energy in February 2015, the second-largest maker of wind turbines in Asia. 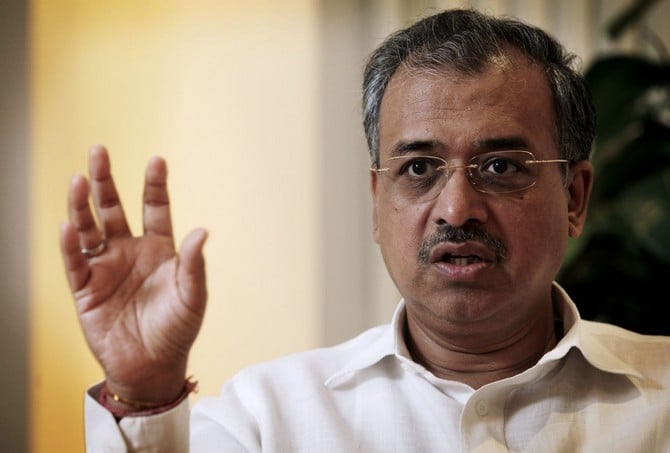 Tags:
Previous Article
The Superb Tainaron Blue Retreat Will Haunt Your Dreams
Next Article
The $9.5M invite-only Gravity Gym is out of this world 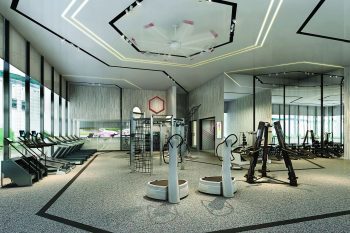 The $9.5M invite-only Gravity Gym is out of this world