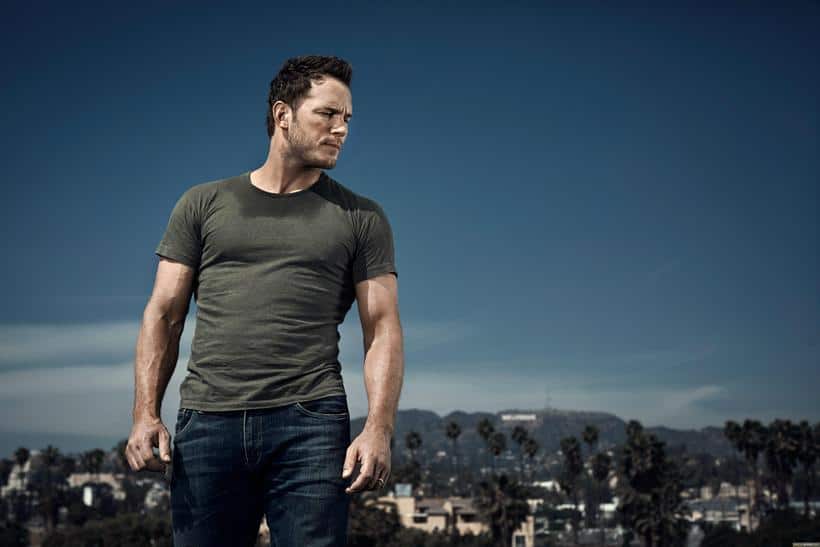 Chris Pratt is an American actor who had an uncommon journey towards stardom, from homelessness to Hollywood. He was sleeping in a van and a tent on the beach in Maui and working minimal hours as a waiter when the opportunity struck. That was his ticket out of there and he seized it.

Today, he’s one of the best emerging talents on Hollywood’s movie scene, making his way to the top through a successful TV career and then on the big screen in box office hits like Guardians of the Galaxy or Jurassic World. His net worth right now is a good $60 million. 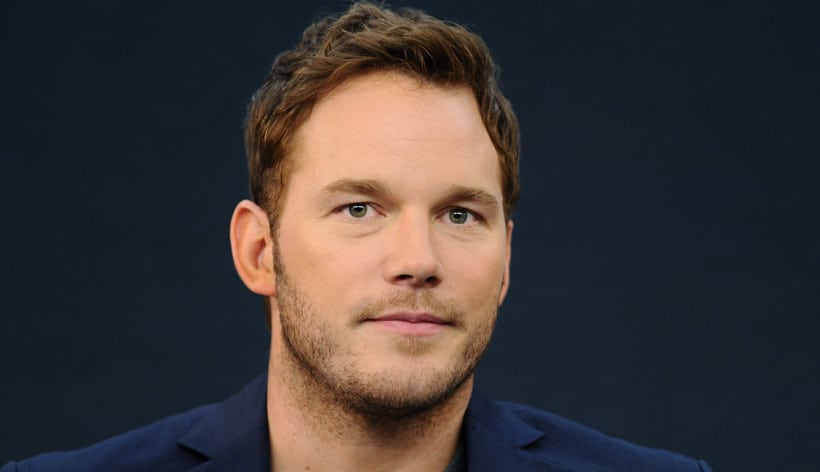 Christopher Michael Pratt was born on June 21, 1979 in Virginia, Minnesota as the youngest child of a working-class family. Back in high school, young Chris had no idea of what to do with his life, but he knew that he’d be rich and famous. Just didn’t know how he was going to achieve that.

He graduated high school in 1997, but dropped out from the community college in the first semester, worked a little bit as a discount ticket salesman and as a daytime stripper before ending up homeless.

Well, he was more like a luxury homeless. He was 19 years old, living with his friends in a cool Scooby-Doo van and in a tent on the beach on the Hawaiian island of Maui and working minimal hours as a waiter only to cover the expenses for gas and food. And then some drinking and smoking weed in between. It doesn’t sound like he had a hard time back then, does it?

It was then when he met actress and director Rae Dawn Chong who liked him and his energy – or was it the effect of weed? – and decided to cast him in her debut as a director, the short horror film Cursed Part 3. Chris didn’t hesitate and got his ticket to Hollywood. 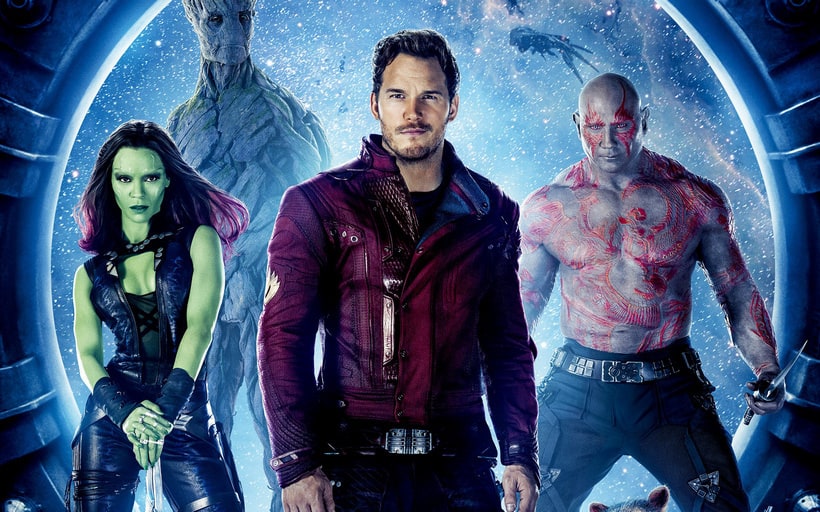 Following that, Chris entered the world of television and in 2002, he was cast in the series Everwood. That ended in 2006 and he went on to join The O.C. for its last season and then ended up in the sitcom Parks and Recreation from 2009 to the show’s end in 2015, a show which made him famous to a wide audience.

Since his debut in the film industry with Cursed Part 3, Pratt has continued to play in movies as well, the most notable titles in that incipient period being Wanted (2008), Moneyball (2011), 10 Years (2011) or Zero Dark Thirty (2012). Films like Moneyball and Zero Dark Thirty, where he portrayed more serious and dramatic characters, opened up a new world of opportunities for the actor.

After a harsh rejection at the audition for the lead role in Avatar, in 2013 Chris turned down the opportunity to portray the Star-Lord in Guardians of the Galaxy, fearing for rejection again. But the casting director insisted that he meet the film director and when that happened, Pratt found out he was the perfect fit. His time had come to make the leap from supporting roles to lead acting.

Guardians of the Galaxy came out in 2014 and became the highest grossing movie of that year in North America. A few months earlier, he also had a main voice role in The Lego Movie, which was also among the top grossing movies of that year. Chris Pratt was finally living his dream.

In 2015 he replaced the lead actor in Jurassic World, another box office hit and in 2016 he starred in the western The Magnificent Seven and the sci-fi Passengers. This year he reprised his role in the sequel of Guardians of the Galaxy and in 2018 you’ll get to see him again on the big screen in Avengers: Infinity War and the sequel of Jurassic World: Fallen Kingdom. 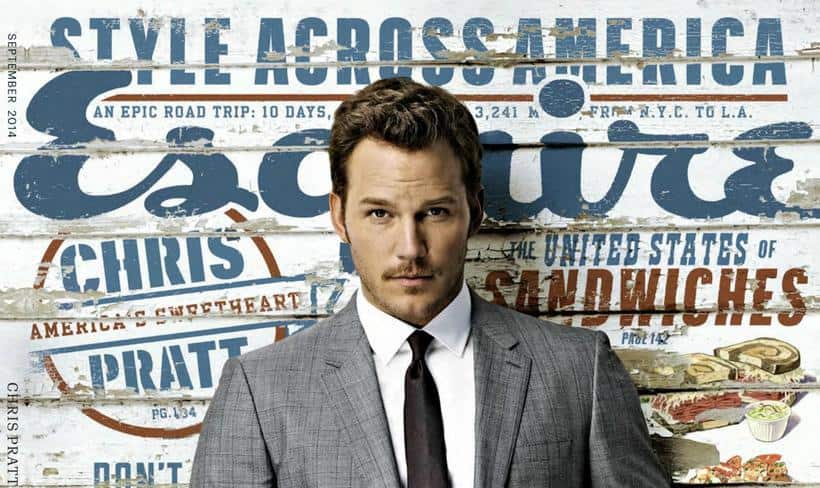 Chris Pratt doesn’t seem to be interested by anything else but not ending up working in a restaurant ever again. So no other projects, businesses and endorsements as far as we could find out about him.

Though besides his acting work in television and film, he also did a few different projects. He had voice roles in several video games and he also appeared in several magazines. 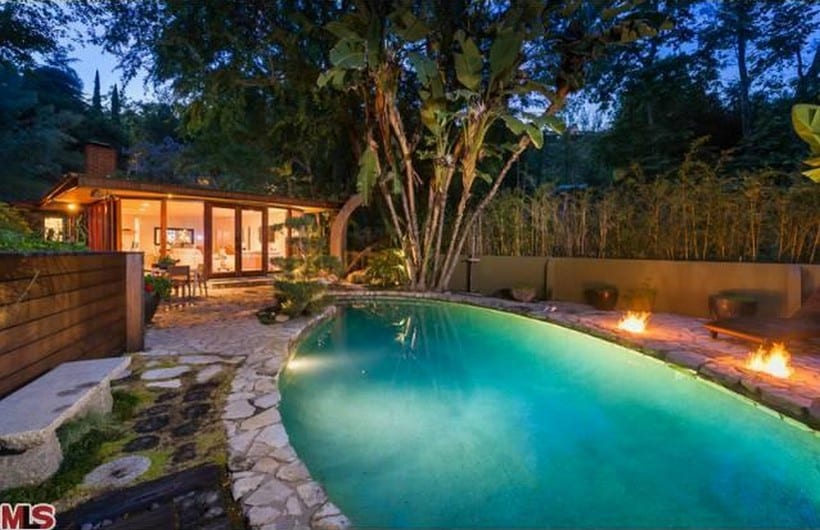 As for where he lives, we know that he sold his former Hollywood Hills home for $2.3 million to buy a $3.3 million on in Los Angeles. That happened in 2013.

He still lives there today. The 4,700 square foot home has three bedrooms and three and a half bathrooms and boasts open windows and vaulted ceilings plus amenities such as a gym, a tennis court, a barbecue area, a pretty saltwater pool and lovely green and abundant vegetation.

Though he was living there with his wife Anna Faris and their son, there is no sign that he moved out since their separation. 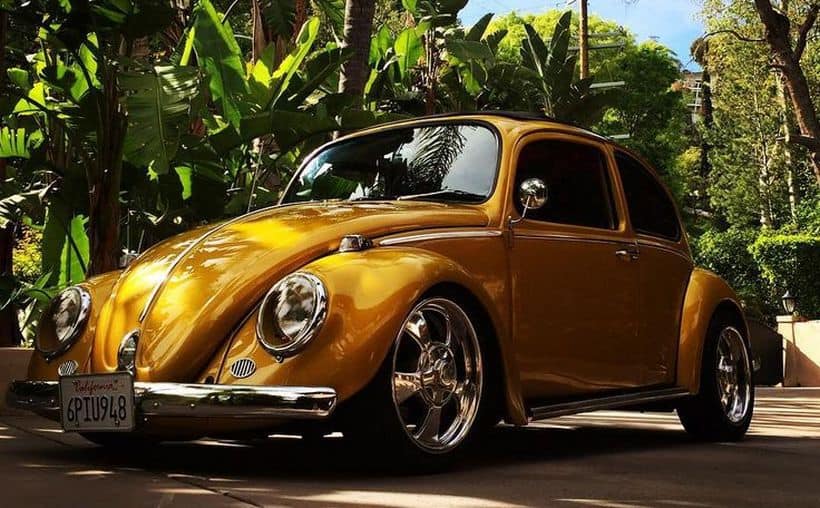 When it comes down to cars, Chris Pratt has one, only one love. His self custom built golden 1965 VW Beetle. He had won it at a BlackJack game and took him 12 years to restore it. The car was valued at $2,500 back then but now we don’t even want to think about the price tag. It’s an antique, a museum type of car and we all know that they can be super expensive. 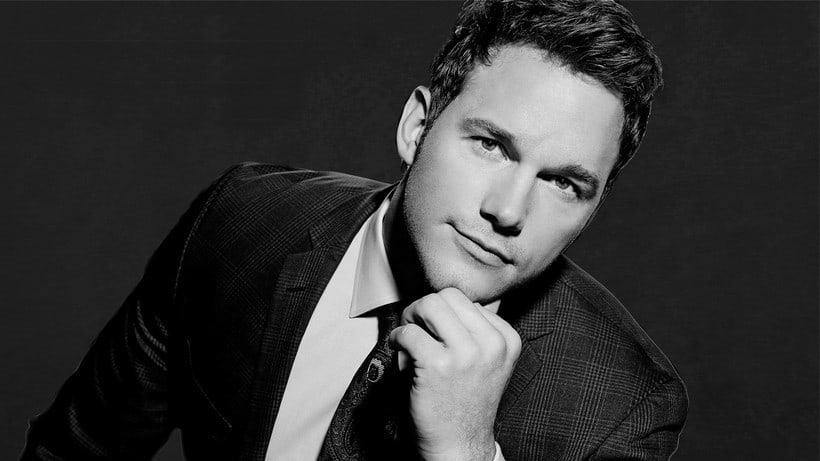 Chris Pratt’s career has started down at zero. Broke on the beach in Maui. Today, he’s made it among Hollywood’s best actors, with a pretty net worth of $30 million.

In between these two moments in Pratt’s life, he’s been through a lot of work. His career went slow up the slope of fame. His first roles didn’t bring him much, but that has changed lately.

Between June 2014 and June 2015 his earnings rose to $13 million according to Forbes magazine. Jurassic World contributed to that with a paycheck of a little less than $10 million.

Passengers upped his paycheck a bit more, earning him a good $12 million. And with the success from Avengers his net worth reached $60 million.