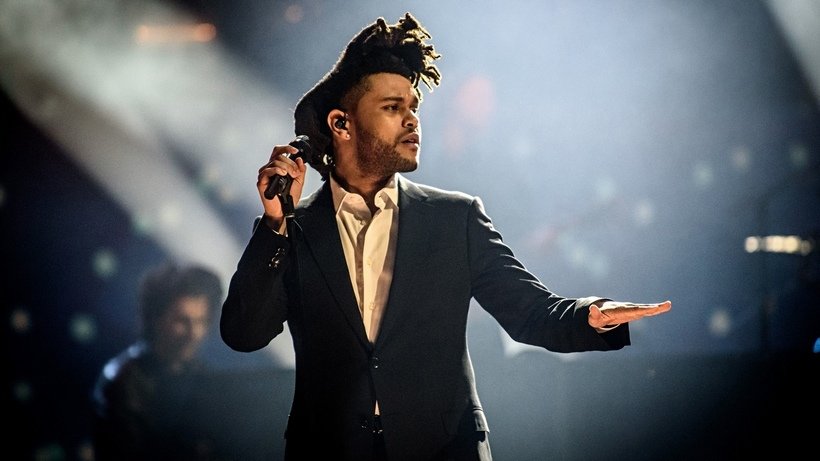 Over the last few years, Abel Tesfaye, better known as The Weeknd, has quickly become one of the most popular artists on today’s musical scene. He is a singer, songwriter and record producer from Canada, of Ethiopian origins, with a high pitched soulful voice that managed to charm all of us.

After mysteriously starting on YouTube in 2010, he’s released his first studio album, Kiss Land, back in 2013, which drove his name into our attention and to the top of all musical charts. He’s been unstoppable ever since!

With such a rapid rise to fame, his net worth already exceeded the impressive sum of $90 million. 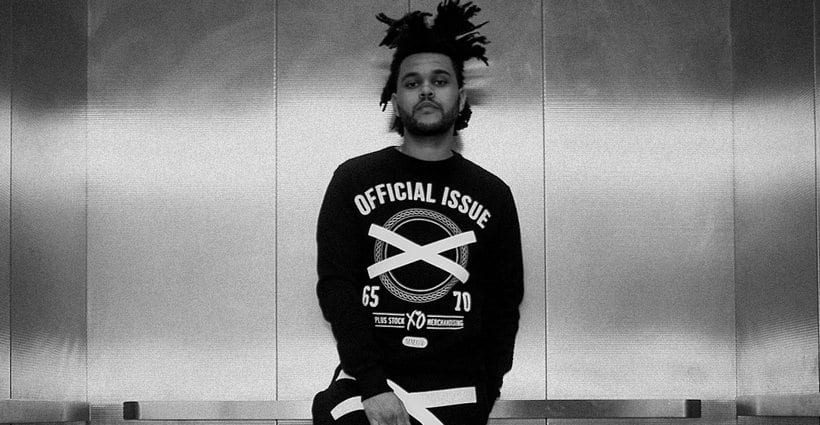 The artist was born under the name Abel Makkonen Tesfaye on February 16, 1990, in Toronto, Canada. He’s the only son of Makkonen and Samra Tesfaye, two Ethiopian immigrants who arrived in Canada in the 1980s. His father later abandoned the family and his mother would work several jobs to supplement the family.

Abel attended two high schools, but dropped out of them both to become a musician. Together with a friend, he left school one weekend and never went back. That’s where the inspiration for his stage name came from, picking up The Weeknd as his stage name.

With influences ranging from Ethiopian music to Prince and Michael Jackson, he started recording his own songs while being still in high school. He continued after dropping out, and he uploaded several tracks on YouTube in 2010 under the anonymity of his moniker. In 2011 he released a mix-tape named House of Balloons, available for free on his website. 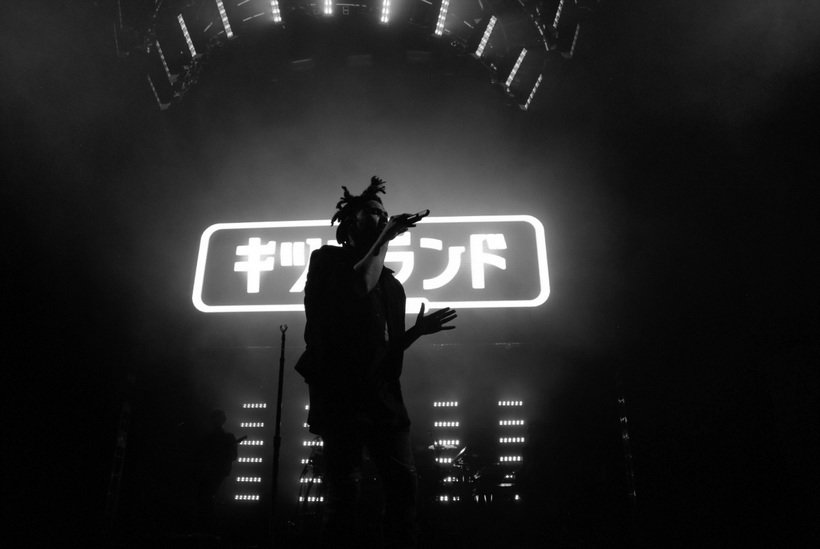 Shortly after the surprising success of his first mix-tape, The Weeknd released another two, Thursday and Echoes of Silence, both of them also available for free on his website. They were later released as 2012’s Trilogy, which went platinum and hit top 5 in Canada and US.

The next big step was The Weeknd’s first studio album, Kiss Land, which was released in September 2013. The album hit number 2 on the US Billboard 200 with 96,000 sales in the first week.

His second album, 2015’s Beauty Behind the Madness, reached number one on the US Billboard 200, and has so far sold 5 million copies all around the world. It was the most streamed album in 2015 and it was easily considered one of the best releases of the year.

The album’s now ubiquitous singles, Earned It, The Hills and Can’t Feel My Face topped the charts and made The Weeknd the first artist in history to have three songs hold the top three spots at the same time on the Billboard Hot R&B Songs chart.

Starboy, his third album, was released at the end of 2016, and as you’ve probably guessed, it already scored number one on the charts. The single with the same name went platinum in a good number of countries and hit the top in too many charts to count.

The mainstream success of his music didn’t let the singer with empty hands. Neither with empty pockets. Besides his many awards, including two Grammys, Abel’s earnings caught up to his fame.

Acording to Forbes’s 2016 Celebrity 100 list, The Weeknd made a stunning $55 million in 2016 alone. Well, some of them went to taxes, but still, all that in one year after such a short career? I know, I know, it’s all in his… haircut. 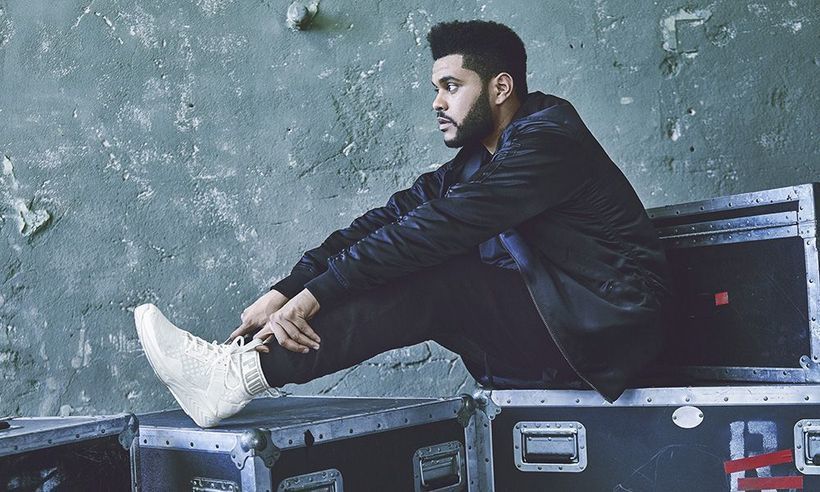 The artist also started to work for film soundtracks. His contribution to the blockbuster The Hunger Games: Catching Fire was followed by an even better opportunity. His hit song Earned It was first released as a single from the soundtrack of Fifty Shades of Grey. I know I made you curious, but close that YouTube tab now, you’ll savor the video later.

Speaking of videos, his partnership with VEVO on YouTube also brings him a significant income, probably around $2-3 million a year. And as most of the celebrities do, he’s also found other ways to monetize his fame.

In the past, he’s collaborated with Apple Music, PAX Vaporizers, and fashion designer Alexander Wang. Last year, The Weeknd partnered with PUMA to be the face of their Run The Streets Sportstyle campaign. The singer will also star in H&M’s upcoming Spring campaign, which will be available in March 2017. 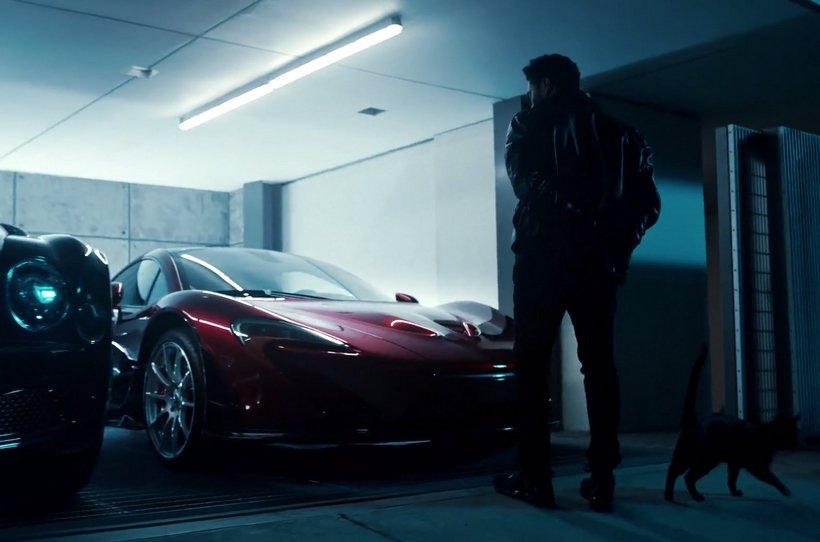 “We don’t pray for love, we just pray for cars” is a line from the lyrics of his latest hot single Starboy. Featured in the video are the $530,000 convertible Lamborghini Aventador SV Roadster, the $300,000 ultra-luxury Bentley Mulsanne, and his real love, the ostentatious $1.5 million limited edition McLaren P1.

I know what you’re wondering. He does actually own all those cars. Given the artist’s huge success, it looks as though he’ll be able to increase his already sensational car collection in the future. The near future.

The Weeknd Net Worth Over Time 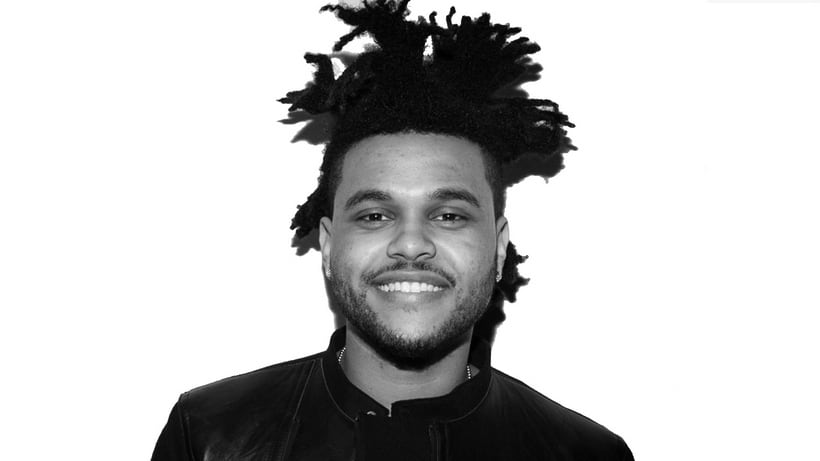 The artist earned $2 million from concert tours so far, more than $5 million from album sales and around the same amount from singles, totaling to over $10 million from music.