Born on the 4th of October 1947 in Stockholm, Sweden, Carl Stefan Erling Persson was the son of Erling Persson who celebrated another event in 1947, namely the start of his fashion company Hennes & Mauritz, a clothing retailer that was later known as H&M. 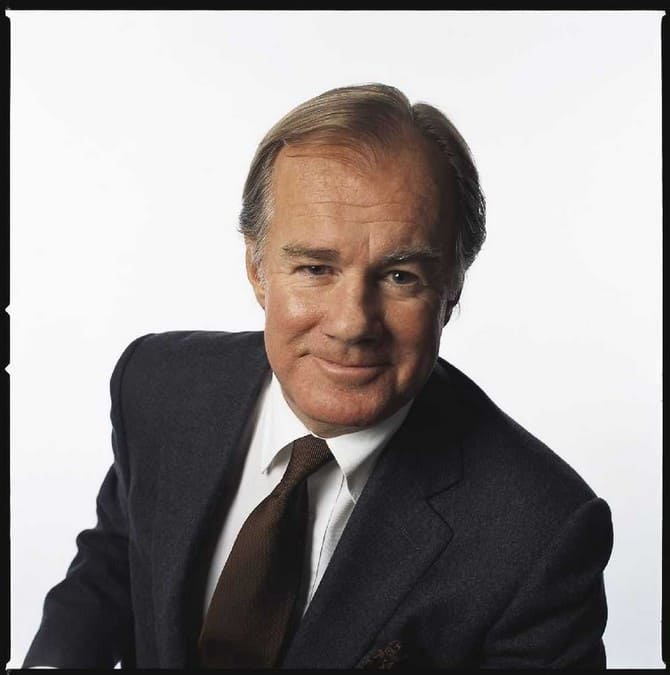 It began with a Hennes store in Vasteras that was opened that year selling strictly women’s clothing and it was successful enough to allow the opening of another store in Stockholm soon after bringing a lot of customers in. The stylish clothes and the affordable prices made it quite popular, especially in the egalitarian society of the post-war Scandinavia.

Nicholas George, a writer for the Financial Times noted that “It is often said that if Per-Albin Hansson, the legendary Social Democratic leader, created Sweden’s ‘people’s home’ with welfare and security, Ingvar Kamprad, founder of Ikea, furnished it and Erling Persson clothed it.” 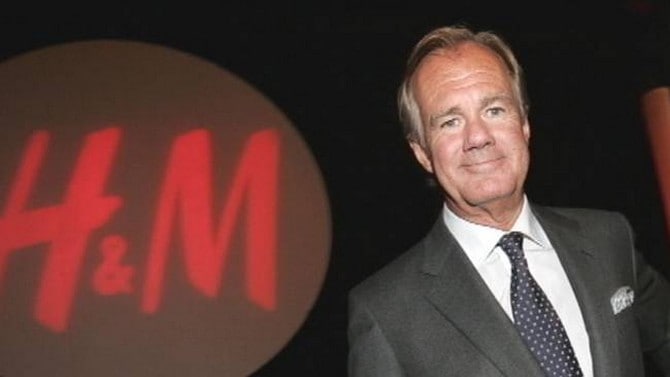 The name Hennes means “for her” in Swedish and just when the hunting apparel retailer Mauritz Widforss was acquired in1965 did the company start selling menswear. The company went public in 1974, being listed at the Stockholm Stock Exchange in 1974 and at this time Stefan was still in college, studying at the Stockholm University and the Lund University.

One of the reasons for the listing was to avoid the payment of the inheritance taxes that were quite large in Sweden. This allowed a better track of the company’s progress and an increase of around 25 percent could be seen each year, quite an achievement. 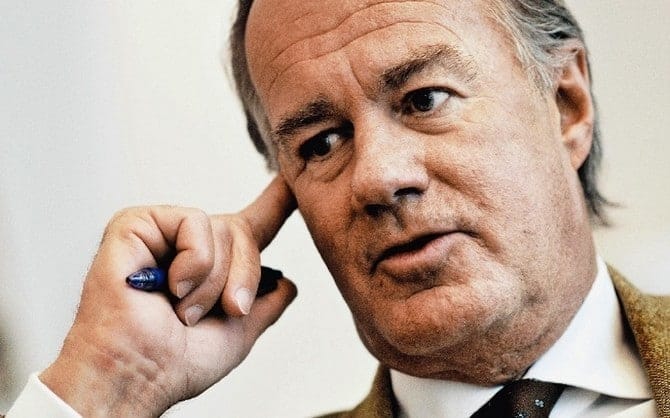 He graduated in 1976 and immediately joined the family business as the head of the UK operations since until then the company only had stores in Sweden, Norway and Denmark but was now making its first steps into London. Stefan remembers that his purpose at the opening of these stores was to stay in front and hand out ABBA records as promo for the store.

In 1982 Stefan was named CEO of H&M and by 1998 he was chairman, taking the lead of his father’s company and expanding it throughout Europe and USA with the idea of selling the kind of items that are today called “disposable chic”, namely affordable trendy clothing. 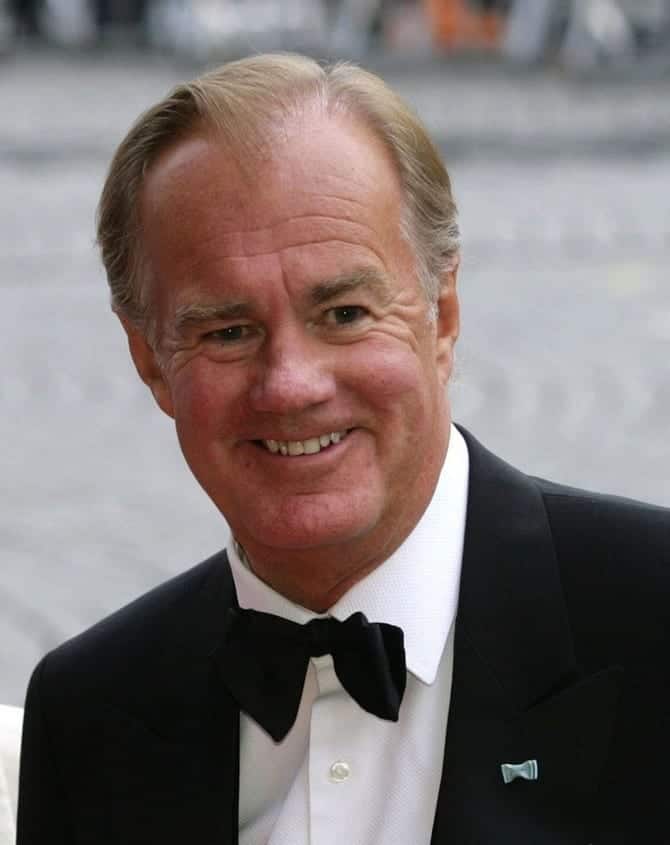 The first H&M store on Fifth Avenue was opened in 2000 just across the street from Rockefeller Center and the event had a very expensive pre-launch advertising campaign. Stefan gave an interview at the time and said “we are giving an extra edge when it comes to fashion. We are giving value for the money. Americans like to make a good deal”. And the campaign was a success since more people came to the opening than could be accommodated inside.

They moved into the children’s and maternity field of products and by the late 1990s it became the largest apparel retailer in Europe. The H&M shares were considered by several financial analysts as the most highly valued stocks in the retail sector and it kept expanding. 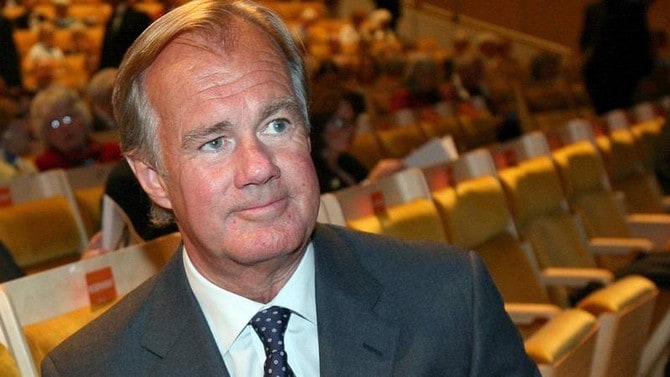 A company profile from 2002 described the strategy of the company which was proposed by Stefan in this way: “Treat fashion as if it were perishable produce: keep it fresh and keep it moving. That means spotting the trends even before the trendoids do, turning the ideas into affordable clothes and making the apparel fly off the racks.”

To help with the design of their clothes the company invited several star-designers for collaborations and in November 2004 the company stores offered an exclusive collection by Karl Lagerfeld. The initial items were sold in just an hour and the venture was highly successful. 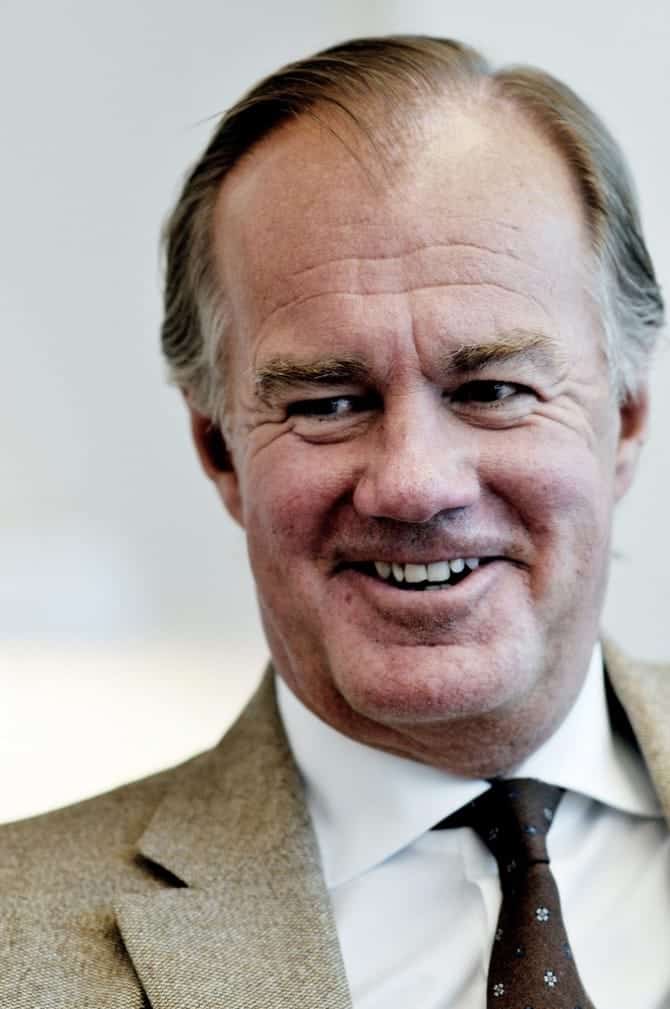 The next year another collection was launched with Stella McCartney’s signature and the idea would follow each year with another designer at the lead. In 2006 the avant-garde designers Viktor & Rolf from The Netherlands collaborated, Madonna came next year, then Roberto Cavalli, Kylie Minogue, Marimekko, Matthew Williamson, Jimmy Choo, Sonia Rykiel, Versace, Marni, Anna Dello Russo and many more.

The Maxis game developers also worked with H&M to create a stuff pack for their The Sims 2 computer game. In 2012 David Beckham became one of the underwear designers at H&M and one year later the Czech player Tomas Berdych helped at the creation of a new tennis collection. 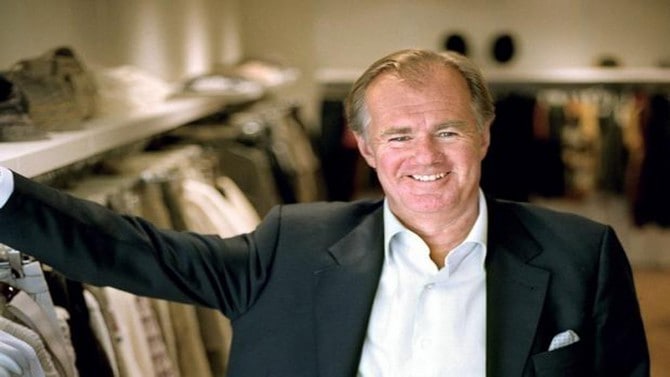 One of the sources of success for the company, aside from its strategy and careful management, was the in-house design team established by Persson at the company headquarters in Stockholm during the 1980s which was staffed by recently graduated designers. The manufacturing part was ensured through a large network of suppliers, reaching around 1600 and spread in countries like Bangladesh, China or Turkey, areas where the labor cost was low enough. 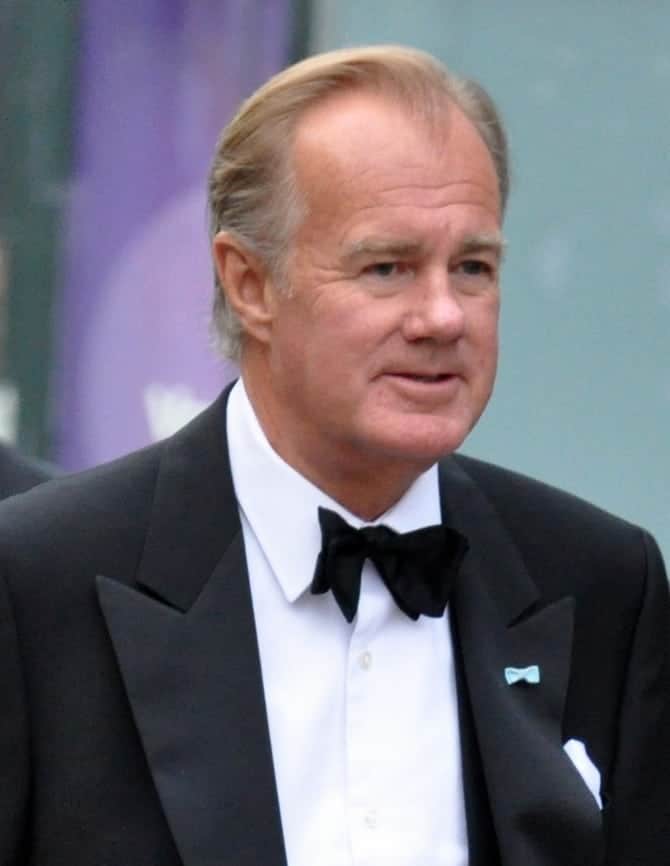 Persson tried to adapt the merchandise to better fit each country but soon realized that it wasn’t worth the effort, since we all listen to “the same type of music and watch the same films”. When the father died in October 2002, at the age of 85, 70% of the H&M voting shares went to Stefan and his sister Lottie with 37% of the capital as well.

Today the H&M brand is the second largest in Europe with clothes opened in Hong Kong, Shanghai, Tokyo, Mexico City, Melbourne and Mexico, to name just a few of the 3400 stores throughout the globe. 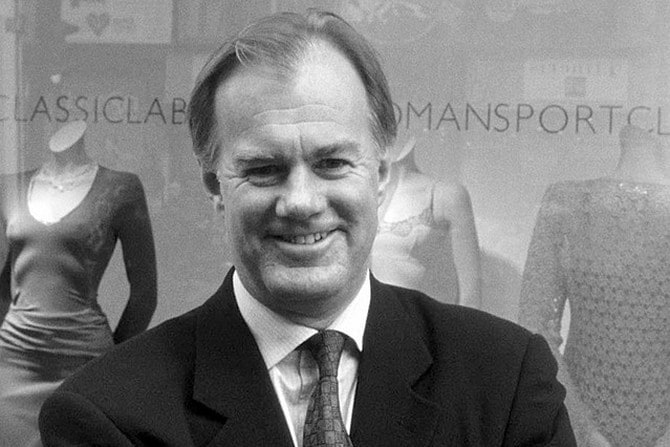 Today Stefan Persson has a net worth estimated at $24.1 billion derived mainly from his 28% stake in H&M but he also owns Ramsbury Property with buildings on Oxford Street and Regent Street in London as well as Champs-Elysees in Paris and various buildings in Stockholm.

His philanthropic actions are various, giving $151 million to the Erling Perssons Family Foundation in 2013 and being one of the founders of the Mentor Foundation which combats substance abuse among young persons. He is also one of the supporters of Djurgardens IF football club and co-founded a foundation for the club. 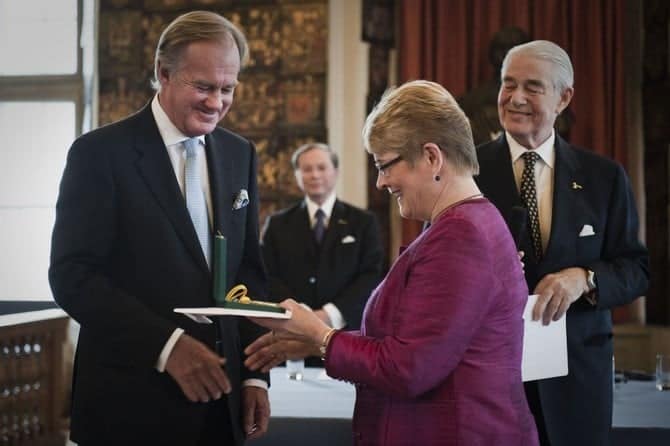 In his personal life he is living in Stockholm with his wife Carolyn Denise Persson and thir three children, leaving his son Karl0Johan Persson to take over as president and CEO of H&M in 2009, while the other two children (Tom Persson and Charlotte Soderstrom) are themselves billionaires. 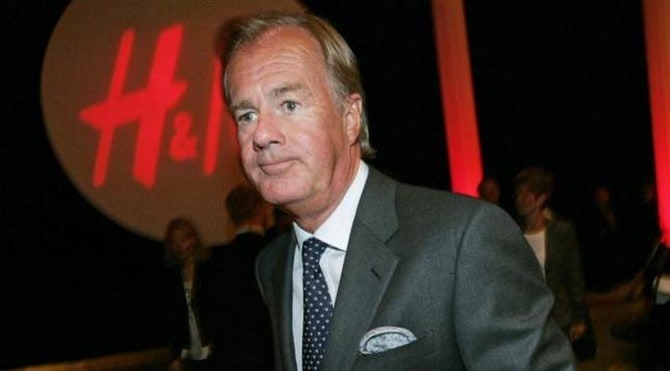