Home ‣ Net Worth ‣ Skrillex Net Worth 2021 – How Rich is Skrillex?

Skrillex Net Worth 2021 – How Rich is Skrillex? 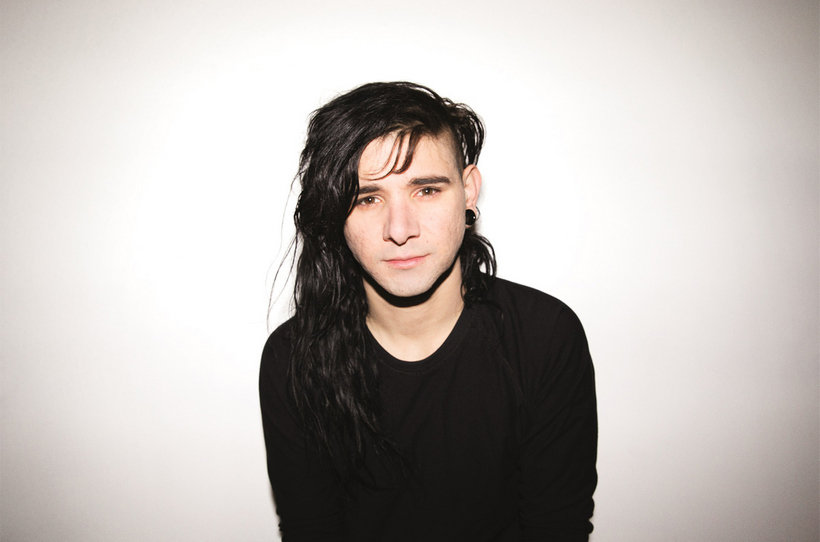 Skrillex is a famous American electronic dance music producer, DJ, singer, songwriter and multi-instrumentalist. He is widely recognized as a pioneer of the electronic music genre known as dubstep.

After first being part of several bands such as the post-hardcore (we don’t know what that means either) band From First to Last, he rose to fame following his solo career launch in the year 2008.

Dubstep grew a lot afterwards, and Skrillex led the trend, making good money in the process. His net worth today is a decent $50 million. 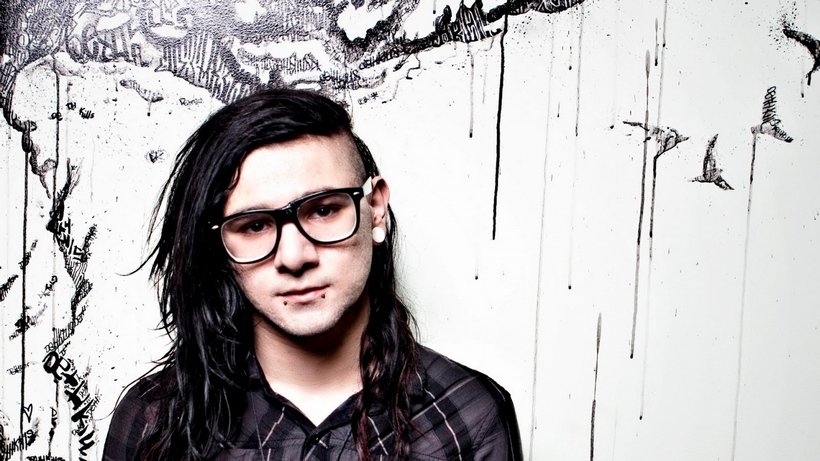 His real name is Sonny John Moore and he was born on January 15, 1988, in Los Angeles. During his childhood, his family moved around a lot, so he grew up in many different places before eventually going back to his birthplace.

Soon after, he was enrolled in a private academy school specialized in arts, but had to be home schooled at the age of 14 because of bullying. Two years later, he found out that he was adopted, and he dropped out of the program.

During those times, he started attending to punk shows and electro club raves in Los Angeles. Around the same period, the band From First to Last was looking for a new guitarist, so Moore flew out to Georgia for an audition.

While he was there, several studio producers heard him singing and instead they decided that he should be the lead singer of the band. So that’s how Moore’s musical career began. 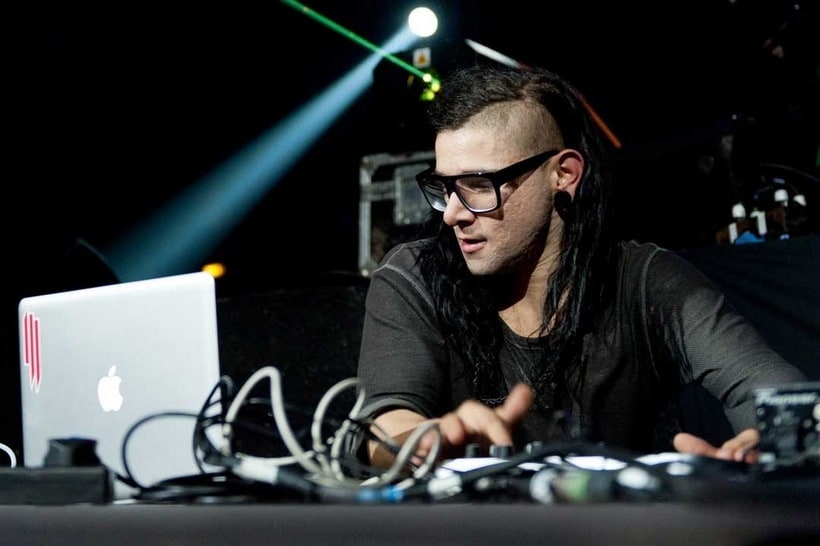 In 2004 the band released their first album titled Dear Diary, My Teen Angst Has a Body Count, with Moore being part of the group. After several successful tours, they started working on their second album, Heroine, which was released in 2006 and brought decent record sales.

But after some serious vocal problems and a delicate surgical intervention, Moore decided to quit the band and continue on with a solo career.

In 2010, under the stage name Skrillex, he launched the EP My Name is Skrillex, which didn’t see too much success, but at least made him known in the industry. His second EP, Scary Monsters & Nice Sprites was a lot more successful than his first one. The eponymous lead single is one of his most famous songs to date.

Among several other EP’s, such as Bangarang, another Platinum and Grammy winning EP, Skrillex released his first studio album in 2014. Titled Recess, the album peaked the Billboard chart at number four.

One year later, in 2015, he teamed up with Diplo and together they released the album called Skrillex and Diplo Present Jack U.

Skrillex’s music is becoming more and more popular with every year that goes by, and his eight Grammys awards so far stand as proof for that. 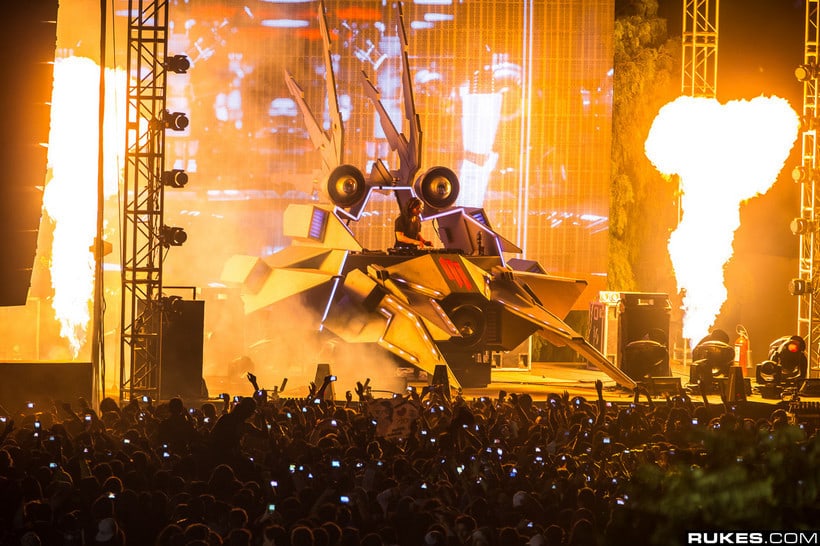 As you would expect, Moore has a lucrative YouTube Channel, created with his moniker Skrillex. With almost 16 million subscribers and over 4 billion total views, it brings him between $172,000 and $2.8 million a year. Not bad, right?

In 2014, Moore partnered up with Red Bull to create a documentary titled Let’s Make a Spaceship, which peaks behind the scenes of the preparation of his Mothership Tour during the same year.

As for product endorsements, he hasn’t done one yet. He has turned down every opportunity of that kind so far, in an attempt to keep his brand pure and original.

Besides all this, Skrillex has produced music for several video games and a couple of movies and he’s hoping to score even higher with that in the future. 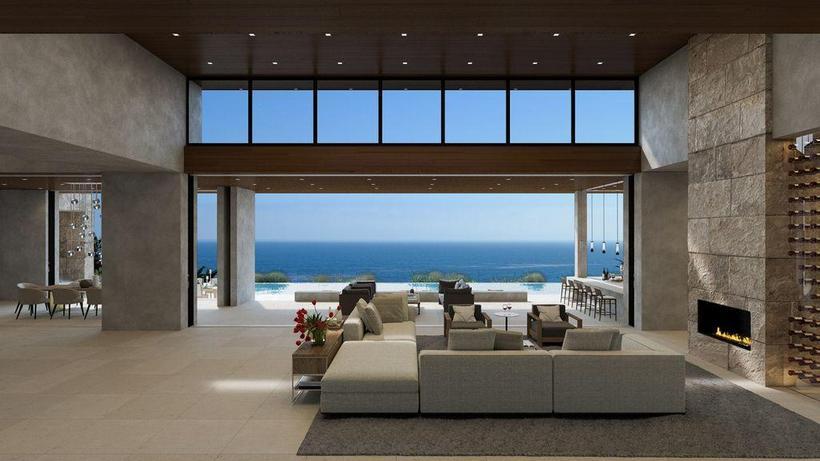 Moore currently lives in Los Angeles, in a cozy house for which he dropped around $2 million. You can bet that the spacious house is full of music making equipment, as you would expect from a restless and sleep deprived emo kid turned star by playing with the too many buttons of his electronic music machine.

But what might be even more interesting is that last year he spent a cool $6 million on an empty lot in Malibu where he’s planning to build his dream home. We don’t have any details about it yet, but it’s sure going to be electrifying.

As for cars, we know that he’s passionate about, but he hasn’t given any hint on what he drives around. Well, besides that Spaceship he built for his 2014 Mothership Tour.

Skrillex Net Worth Over Time 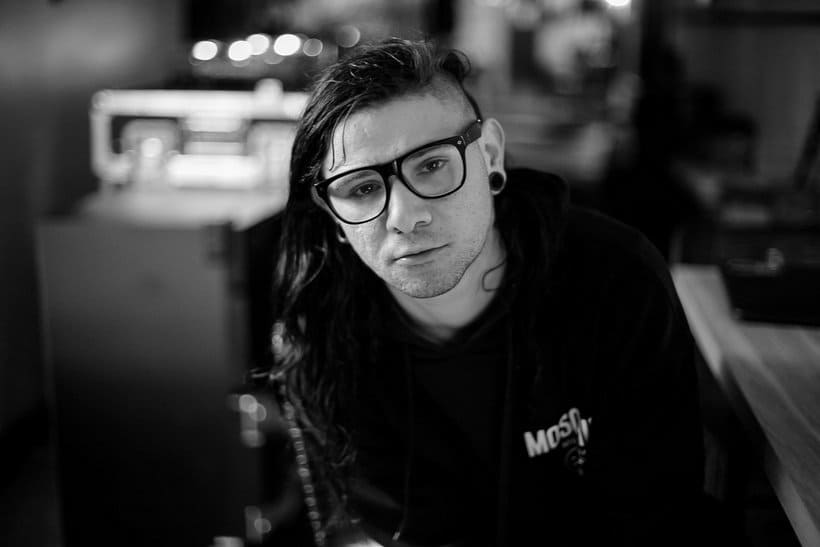 Back in his early years, when he wasn’t Skrillex, Moore wasn’t doing too well with the band From First to Last and soon after, he hit rock bottom. He had a period when he was homeless and deeply in debt, especially after his vocal surgery.

But once he launched himself as Skrillex, slowly but surely, things started to change.

In 2010 he started earning $5,000 per show and making a good living. One year later, that increased to tens of thousands and in 2012 it got to hundreds of thousands of dollars.

Today he’s still making between tens of thousands and hundreds of thousands of dollars per gig, which is a great thing when you think about the type of music he’s creating. And yes, “creating” might be too big a word for what he’s doing. But you can’t deny that there are a lot of people paying to see his shows. Or perhaps it’s his haircut. Who knows?

Today, his net worth rises at $50 million, but we’re sure that he’ll get even higher than that. Well, if he can grow his number of fans faster than his number of haters, that is.