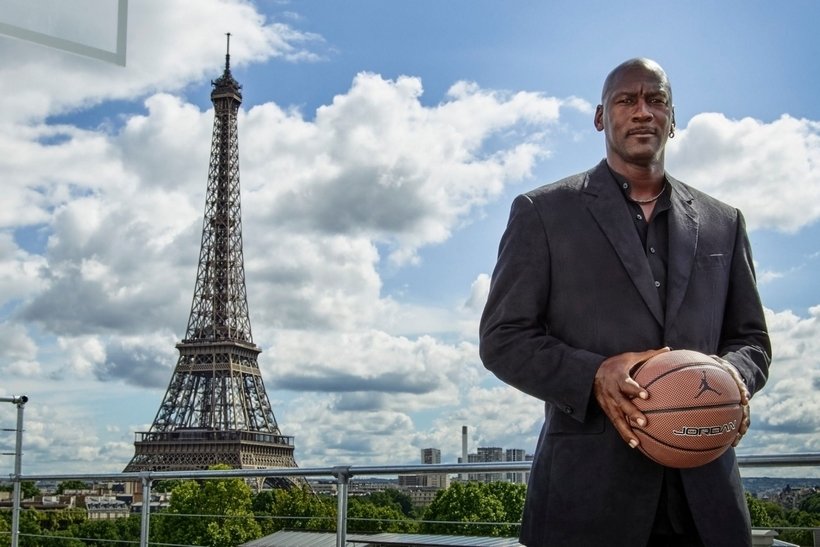 Michael Jordan is one of those people for whom the term GOAT (Greatest of All Time) has been invented. The whole world knows him by now and he probably needs no introduction. But the famous basketball player is also a successful business man right now, and the owner of North Carolina’s basketball team Charlotte Hornets.

With his innumerable accomplishments, Michael Jordan became the most decorated player in the NBA and he’s considered the greatest basketball player of all time, dominating this sport from the mid-1980’s to the late 1990’s.

Today, according to Forbes The World’s Billionaires, he’s the richest athlete in the history of the world with a net worth of $2.1 billion. 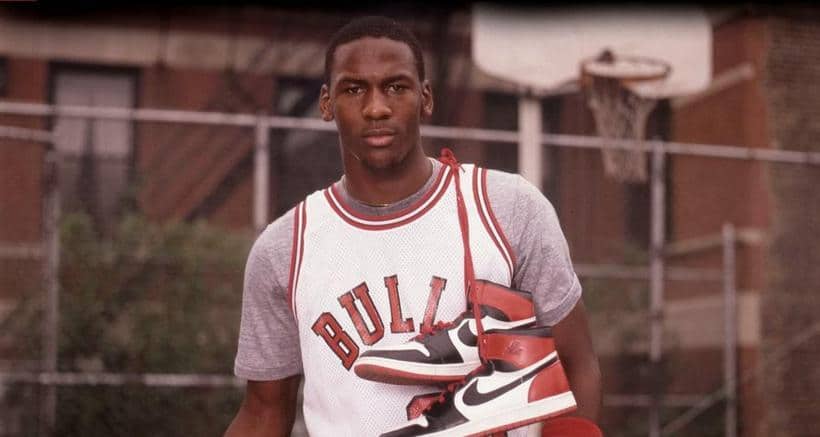 Michael Jeffrey Jordan was born on February 17, 1963 in Brooklyn, New York. His family moved to Willmington, North Carolina when he was a child, where he developed a competitive spirit from an early age. Though he was rejected from the varsity basketball team in his sophomore year at Emsley A. Laney High School in Willmington, that only motivated him to train harder and finally he ended up in the team.

Later on he was selected by many college basketball programs, but chose to accept the one at the University of North Carolina at Chappel Hill, in 1981. After just one year he scored the final shot that his team needed to defeat Georgetown University in the NCAA Championship, and in 1983 and 1984 he was named the NCAA College Player of the Year.

More than that, 1984 saw Michael Jordan at the Olympic Games, bringing the gold medal to team USA. He was also part of the Dream Team which won the gold at the 1992 Summer Olympics.

From Amateur to NBA Superstar 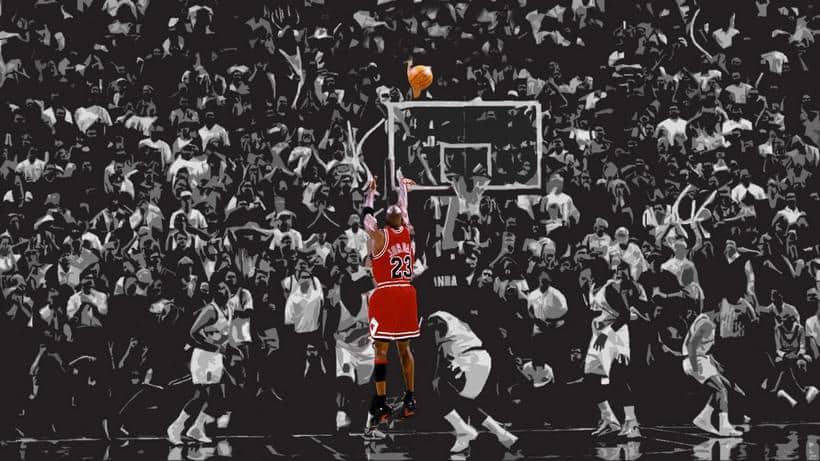 Before graduating, he dropped out of college to join the NBA, where he was drafted by the Chicago Bulls with the 3rd pick. Jordan made a strong impact for the Bulls from his first season, helping his team make the playoffs, and proving everyone he’s an invaluable player in the process. He received the NBA Rookie of the Year Award, the first of many awards to come.

His second season was marked by an injury, but he returned just in time for his third, when he became the second player in history after Wilt Chamberlin to score more than 3,000 points in a single season.

The next seasons saw an improving Michael Jordan setting record after record, leading his team to the NBA Finals victory against the Los Angeles Lakers in 1991. In the same year, Jordan received his second Most Valuable Player of the Year Award from NBA, an honor he would receive for a total of five times during his career.

But while his team was becoming a dominating force in NBA, winning three champions in a row, Michael Jordan has shockingly decided to quit basketball in 1993 and enter the world of baseball, a decision influenced by the loss of his father earlier that year. But he returned even stronger in 1995 and led his team once again to their second three-peat. For the less technical readers out there, that means to win three championships back-to-back.

Retiring once again after the 1997-98 season, Jordan did not stay away from the game for too long, and he came back for two more seasons joining the Washington Wizards in 2001-2003.

While his yearly paycheck from Washington Wizards was only $1 million, Jordan ended his career with Chicago Bulls with a jaw-dropping $33,140,000 salary in 1998.

Though today he is retired for good, Michael Jordan still has a few aces up his sleeves.

Nike’s Air Jordan and Other Ventures 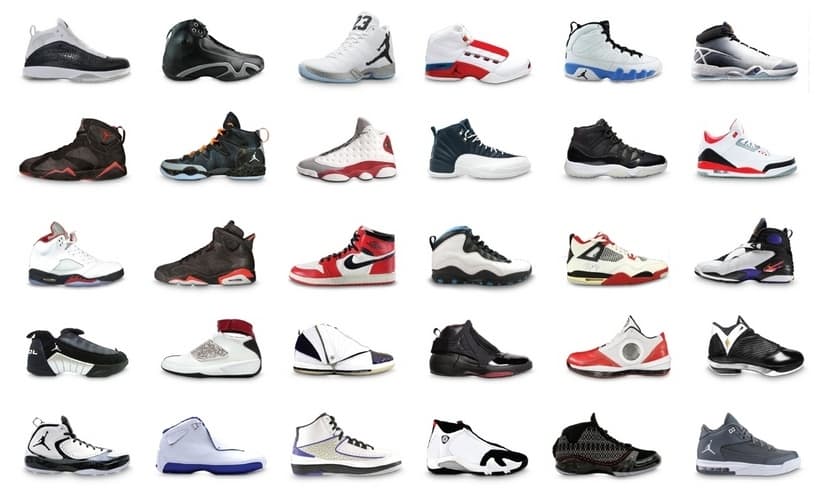 While he’s had deals with innumerable brands such as Gatorade, Coca-Cola, McDonald’s, Hanes, Upper Deck, 2K Sports or Oakley, Jordan is best known for his massive success with the famous Nike Air Jordan sneakers, which were introduced in 1985 and remain extremely popular even today.

Nike is the retired player’s biggest backer, earning Jordan more than $100 million a year lately. After retiring from the game, Jordan bought a minority stake of the NBA team Charlotte Bobcats in 2006. A year years later, in 2013, Michael Jordan increased his ownership stake to 90%, also changing the name of the team into Hornets. Two years later, the Hornets stake skyrocketed to a stunning $500 million, making the retired basketball star even more rich.

Being an avid entrepreneur, Jordan also opened a car dealership and he’s also the owner of seven successful restaurants. Besides all that, he starred alongside Bugs Bunny in his own Looney Tunes film, Space Jam, which earned Jordan a cool $20 million. That’s a good paycheck, but I’m not really sure who was the real star in that movie. 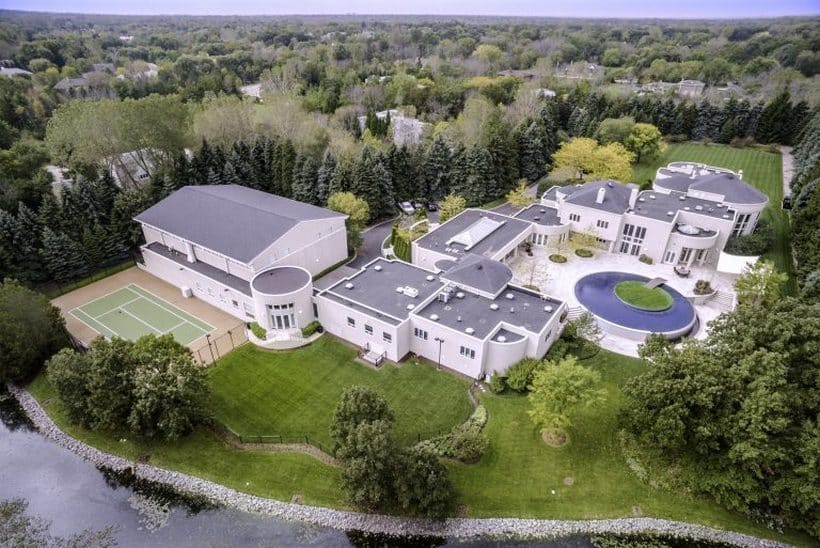 The former NBA star has a massive home in Highland Park, Illinois, to match his fame. It features a staggering nine bedrooms, 17 bathrooms, a 15-car heated garage and of course,an indoor basketball court. The house is also full of his personalized touches and memorabilia, including number 23 on the front gate. He listed the property for sale at $29 million, but since nobody touched that price, it’s back on the market for half.

Among the cars Jordan has driven throughout the years we could mention a Medium Gray Metallic C4 Corvette with the license plate “MJ 23”, a Ferrari 512 TR with the license plate “M-AIR-J” which was his ride of choice in the past and also a Porsche 911, a Toyota Land Crusier, an Aston Martin DB7 Volante and a Mercedes-McLaren SLR 722 Edition. In recent years, he’s been often spotted driving a Ferrari 599 GTB Fiorano. Not bad, uh?

Besides his cars, Jordan also has his custom private “Air” plane, in a “Carolina Blue” color and the Air Jordan logo at the rear of the plane. The jet is worth $50 million.

Michael Jordan Net Worth Over Time 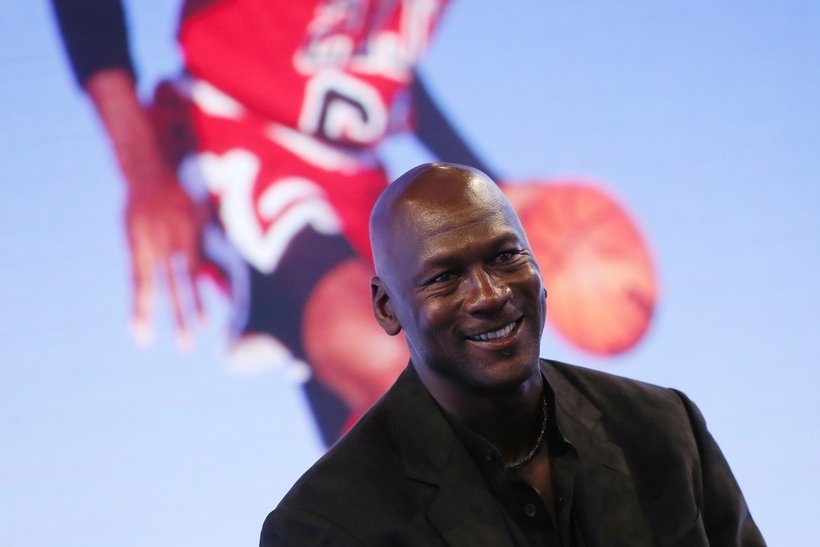 Michael Jordan’s first yearly salary from his NBA team Chicago Bulls was a shy $630,000 back in 1985, but grew to over $30 million at the peak of his career. Total earnings from his basketball career count up to $93 million.

But apart from his basketball salary, his sneaker deal with Nike helped him a lot, especially in his first years. His fortune rose fast and in 2008 it got to the impressive $547 million. After his Charlotte Hornets ownership increase, his net worth hit the $1 billion mark in 2015.

With Nike endorsements still pumping a ton of money into his pockets, his net worth today is a staggering $2.1 billion and for sure it won’t stop there.