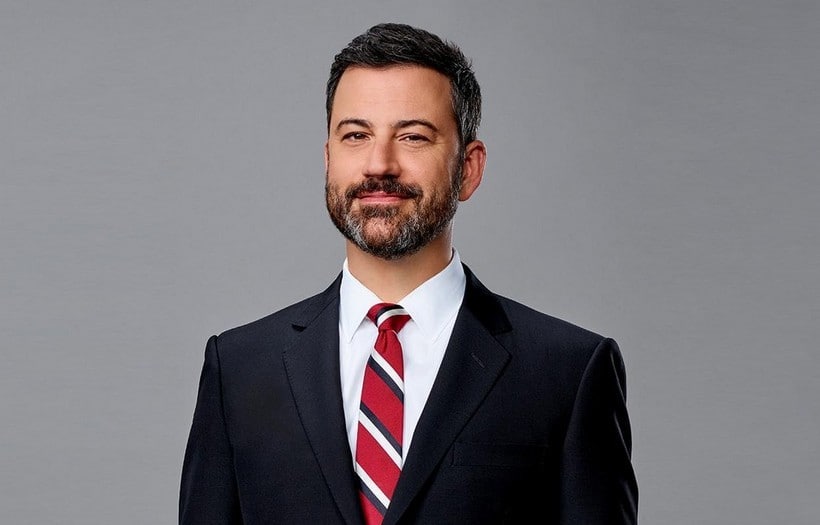 You might have seen him at the 68th Primetime Emmy Awards in Los Angeles or.. at the 89th Academy Awards. He hosted both these events, and many other. The funny and entertaining comedian has a career than spans over two decades and a net worth of $50 million in 2021. 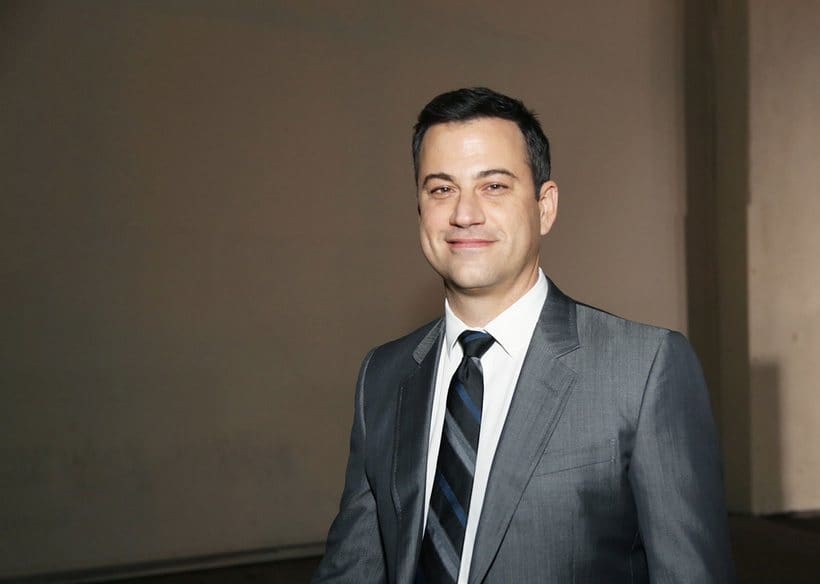 James Christian “Jimmy” Kimmel was born on November 13, 1967 in Brooklyn, New York, as the first of the family’s three children. When he was nine years old, they moved to Las Vegas, Nevada, where he fell in love with radio during high school, and later, after one year at the University of Nevada and two at Arizona State University, he dropped out of college to pursue his passion.

His passion for radio was growing bigger and bigger, and during the 90’s he started getting paid jobs throughout the country, in cities like Seattle, Phoenix and Tucson before establishing himself at KROQ-FM in Los Angeles, where he spent five years on the popular Kevin and Bean morning show. During that period he was known as Jimmy the Sports Guy. 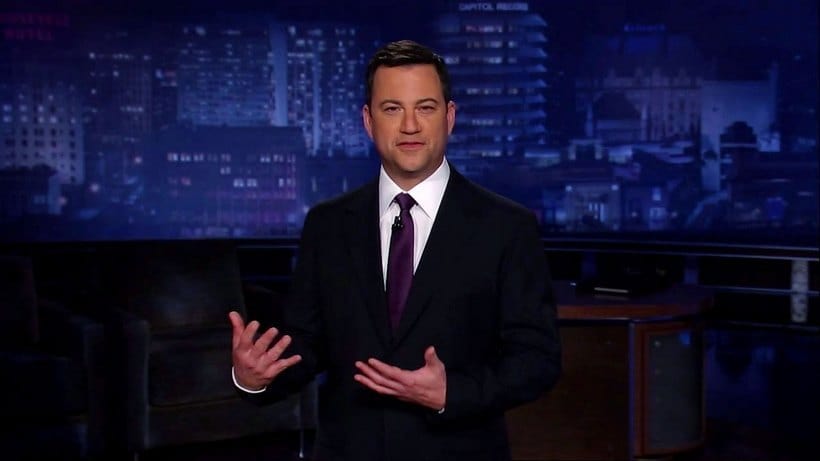 In 1997 he made his debut into the television world, as the co-host of Comedy Central’s game show, Win Ben Stein’s Money. He was the comic antithesis of Ben Stein and together they made an interesting combination which further led to the two winning an Emmy Award for Best Game Show Host in 1999.

Two years into his first show, Kimmel started Jackhole Industries, a production company with two of his friends, and began creating what they knew best: comedy shows. Soon enough they set up The Man Show for Comedy Central, with Kimmel as a co-host. The new show was a pretty big success and led them to create more titles such as Crank Yankers and The Andy Milonakis Show.

Following the success of his previous projects, the massive TV network ABC started being interested in Kimmel and it didn’t take too long before he quit The Man Show and debuted on ABC with Jimmy Kimmel Live in 2003. The show slowly garnered success and still goes on today, being the longest running show in ABC’s history, after 17 years. 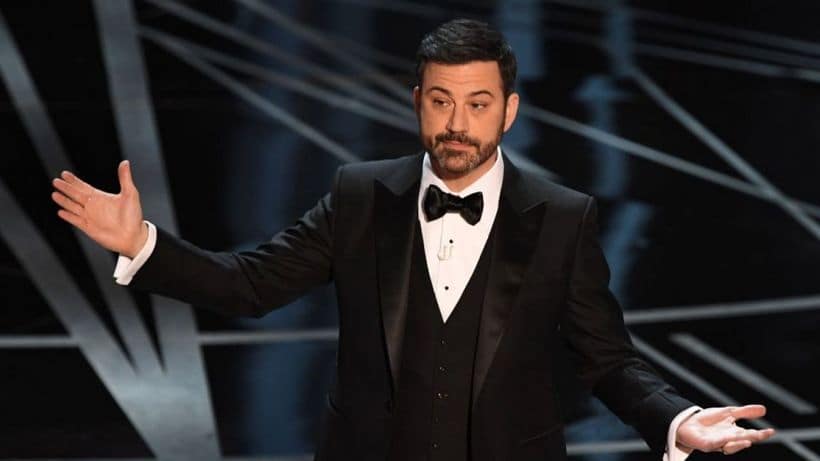 Besides his late night show, Kimmel diversified his work to host the primetime Emmy Awards in 2012 and then again in 2016. His performance was met with good reviews, and this year he even hosted the 89th Academy Awards. Oh, and he also hosted the American Music Awards for several years.

In the introduction we mentioned he’s also a writer. Well, he is. A screen writer. He wrote or co-wrote most of his shows and even a feature film called Windy City Heat.

On the small screen he also appeared as a guest in many other shows. 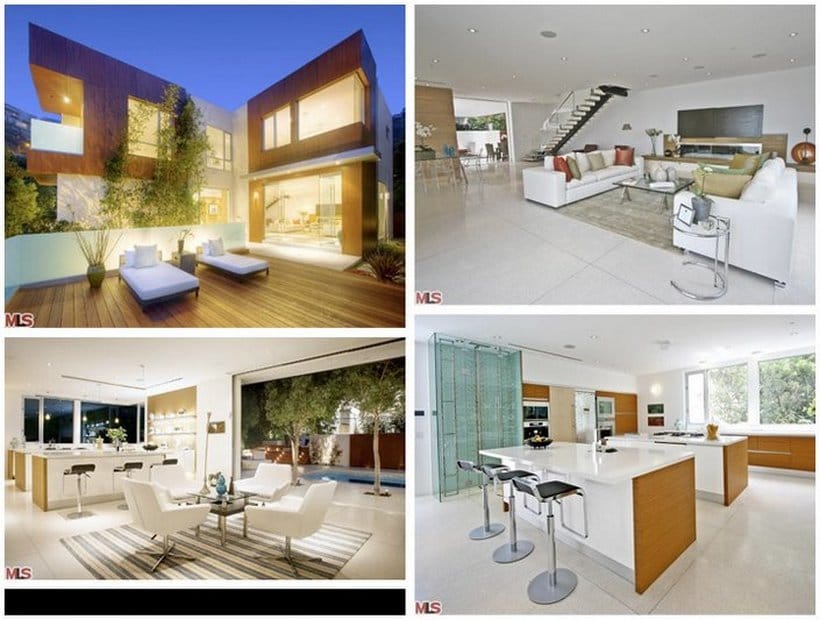 The comedian had a lovely 1947-built vintage home in Hollywood Hills featuring formal dining and living rooms, a bar, four bedrooms, a studio with recording booth and five bathrooms, outdoor kitchen plus your usual swimming pool and spa. He acquired the house in 2002 for a little over $900,000. He lived there a couple of years and sold it recently for $2.2 million, making a nice profit.

In 2008, he dropped a pretty $6 million for a captivating contemporary compound on L.A.’s Sunset Strip. Two years later he bought a more modest property right next door for $1.1 million. Besides those, he also owns a duplex by the sea in the Hermosa Beach area for which he paid $1.65 million in 2004.

Kimmel also has a nice collection of cookbooks, over a thousand and counting. Oh, we’re usually talking about cars here, sorry.

He does own a car, an SUV to be more precise, but we’re not sure about the brand and model because their neighbors Emily Blunt and John Krasinski played some pranks on him by gift wrapping it a few times, so we couldn’t actually see the model.

Jimmy Kimmel Net Worth Over Time 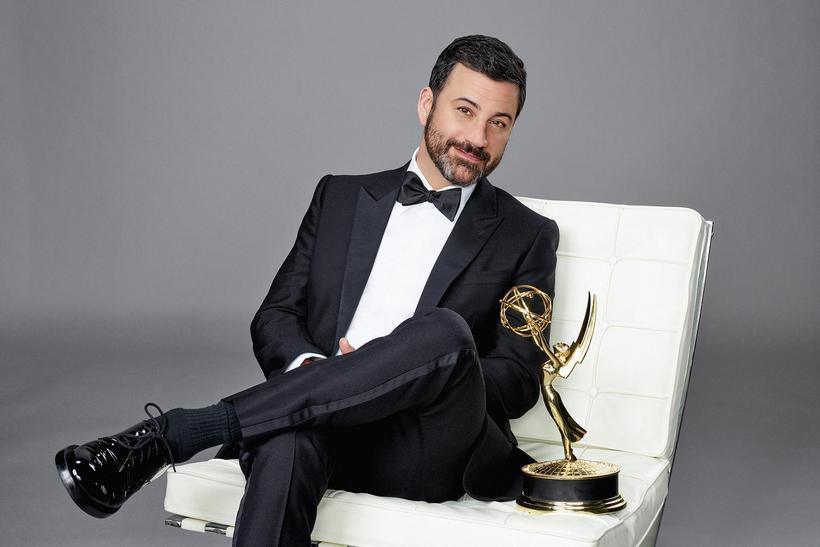 The super famous comedian Jimmy Kimmel started his career early, as early as a college dropout could do, first in radio and subsequently in television, but he didn’t make very much in his early years. He was more like a normal guy making fun of life’s circumstances.

But as soon as his shows and jokes became more and more popular, his net worth started to add up some nice little zero’s to its tail.

Back in 2003 when he began Jimmy Kimmel Live, his annual salary was around $1.75 million, but a few years later it grew to $6 million and today it’s estimated at $10 million per year. Add a few more bucks, hundreds of thousands I mean, from hosting the recent Emmy Awards and it’ll round up his net worth to that nice sum of $50 million.

But as his show goes on, so will his net worth.