The founder and CEO of Dropbox, Andrew W. “Drew” Houston was born in Acton, Massachusetts on the 4th of March 1983. According to his statement he was interested in computers from the age of five. He went to the Acton-Boxborough Regional High School during the 1990s and then attended Massachusetts Institute of Technology. 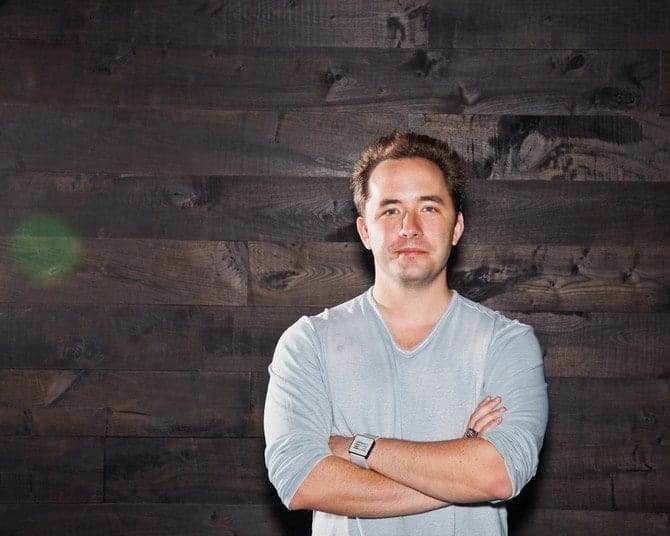 He was a member of the Phi Delta Theta fraternity at MIT and graduated in 2006 with a degree in Electrical Engineering and Computer Science. While he was in college he met Arash Ferdowsi which would later become his co-founder and CTO (chief technology officer) at Dropbox. Arash would give up college in his last year to focus on his business which started in June 2007. As Drew said: “One thing I’ve learned is surrounding yourself with inspiring people is now just as important as being talented or working hard”, and Arash was the inspiration for one of the fastest growing companies. 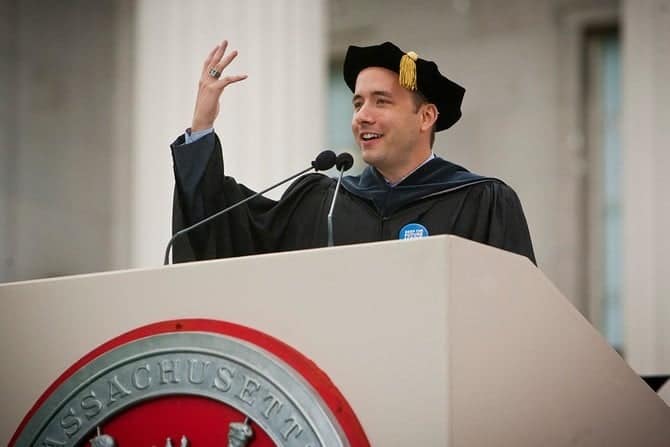 Drew Houston had several other startups after graduating such as Hubspot, Accolade or Bit9, but his main focus was to create a file hosting service. Another project of his was Accolade, an online SAT prep startup and he worked as a software engineer, with Dropbox being his sixth startup.

The program was written in Go and Python, being able to run on Microsoft Windows, Mac OS X, Linux, Android, iOS, BlackBerry OS, Windows Phone and all web browsers. There are also unofficial ports for Symbian and MeeGo and the overwhelming flexibility (as well as the fact that it is free) was the key to the success of the service. According to an interview he wrote the first lines of code at a train station in Boston. 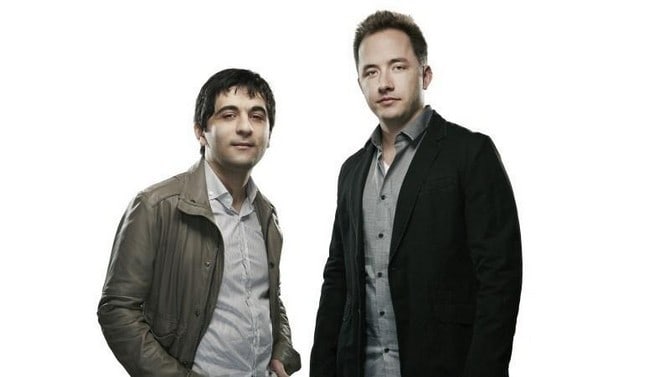 Houston remembers how it all began during college when he was always forgetting his USB flash drive at home and the services available at the time were all suffering from Internet latency, bugs or large files, so he started to create a better program for his own use and soon thought that a lot of other people would benefit from this.

Dropbox was created with funding from the Y Combinator startup company and it became the most successful investment to date for the company since it began to be widely used very quickly, offering cloud storage, personal cloud, file synchronization and client software. The official launch date was at the TechCrunch50 annual technology conference in 2008. 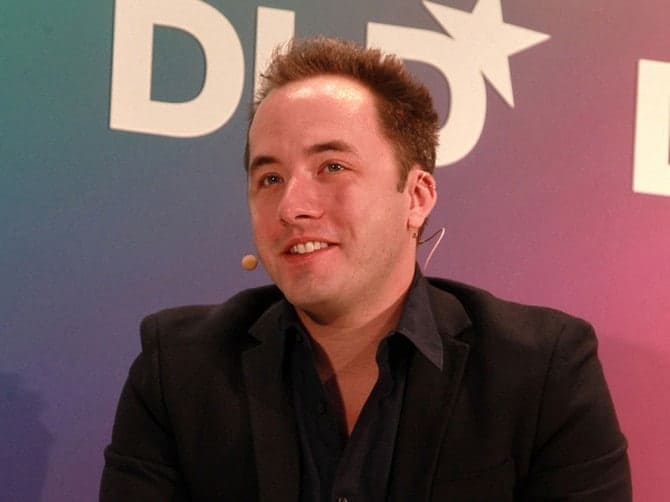 There were some initial disputes concerning trademark with Proxy, Inc. and Evenflow so the company first had the getdropbox.com domain name which was changed to dropbox.com in October 2009. The company made deals with Softbank and Sony Ericsson in May 2011 and thus the mobile telephones came with the software preloaded, increasing their users to 50 million by October 2011 and they were reported to hold 14.14% of the worldwide backup client market two months later. 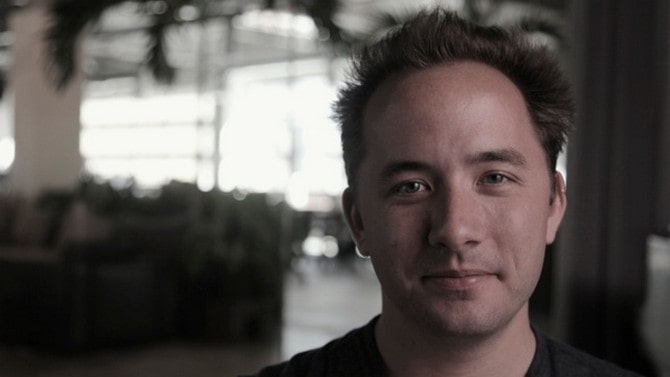 The timing for the beginning of the company was one of its keys to success, since it was highly flexible and thus ideal for the mobile devices that were coming into the market. Another important element was the user-friendly interface and the good distribution, or as Drew put it: “With Dropbox people would tell their friends about it and collaborate. So when you go into work and work on a project with colleagues you recruit them in essence to become Dropbox users because they’re all working on a project together.” 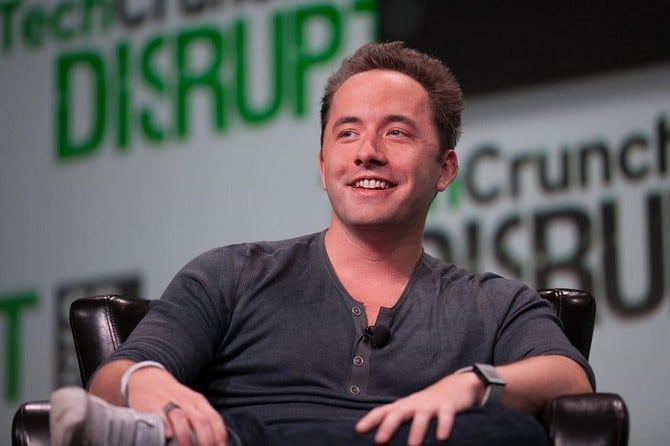 The success of the San Francisco-based company made Drew take his place in the top 30 under-30 entrepreneurs list made by inc.com and Dropbox was considered one of the 20 best startups in Silicon Valley. They improved their features and extended the services offered to permit automatic upload from cameras, tablets, SD cards or smartphones and Dropbox was integrated into Facebook to permit easier file sharing, thus making them even more popular by the day.

On the 12th of November 2012 Drew announced that the service had 100 million users and a month later the company acquired Snapjoy, offering services for archival, viewing digital photos and aggregating them, but the exact sum of the purchase is kept secret. 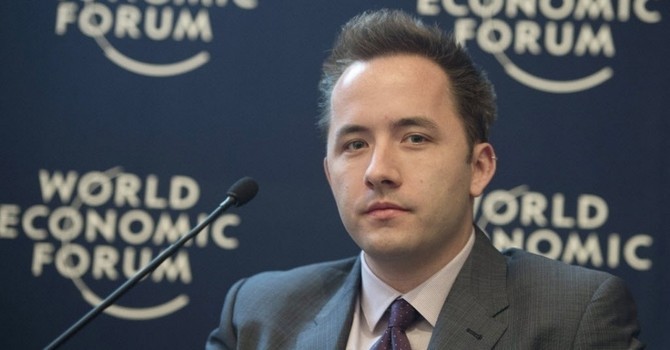 Drew acquired the email management application for iOS Mailbox on March 2013 and the mobile coupon startup Endorse four months later after which he began to change the Dropbox for Business line at the same time the landmark of 200 million users was announced.

The next year began with some changes when Condoleezza Rice joined the board of directors and the expansion of the company continued with the purchase of Hackpad, a real-time collaborative text editor and then with the 3D Photo Sharing App Bubbli which was bought on May 2014. The month of November came with a big announcement when Microsoft and Dropbox joined forces to integrate the software into the Microsoft Office applications on iOS, Android and the Office 365. 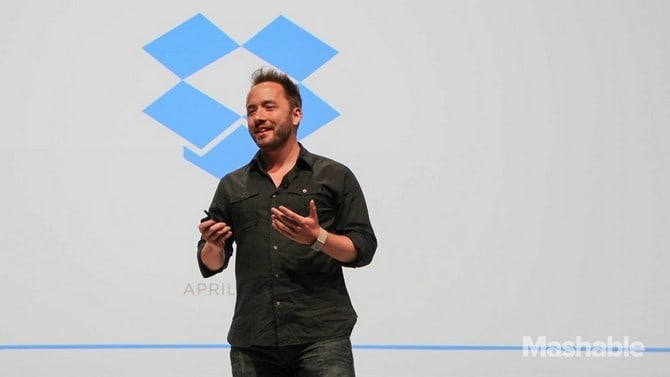 At the latest check the company was valued at around $10 billion and they continue to expand. On January 21, 2015 Dropbox acquired CloudOn which offers services of document editing and creation, improving the existing feature and adding new ones.

The investors in the company are the Sequoia Capital, Index Ventures and Accel Partners venture capital firms as the main ones and Goldman Sachs, BlackRock, Amidzad as well as two of the members of U2 (Bono and The Edge) also acting as investors. 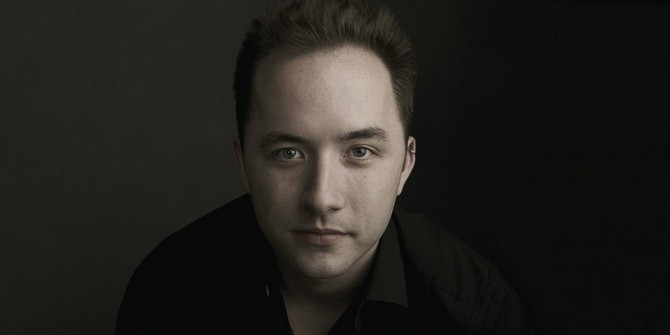 The constant growth should make the employees laid back but Drew Houston begins the meeting with all new employees by showing them the logos of companies like Myspace, Netscape, RIM, Lotus or Friendster to make them realize that the lead they have can always be lost. As he puts it: “What do these companies have in common? No one wears their T-shirts anymore, except maybe as a Halloween costume.” 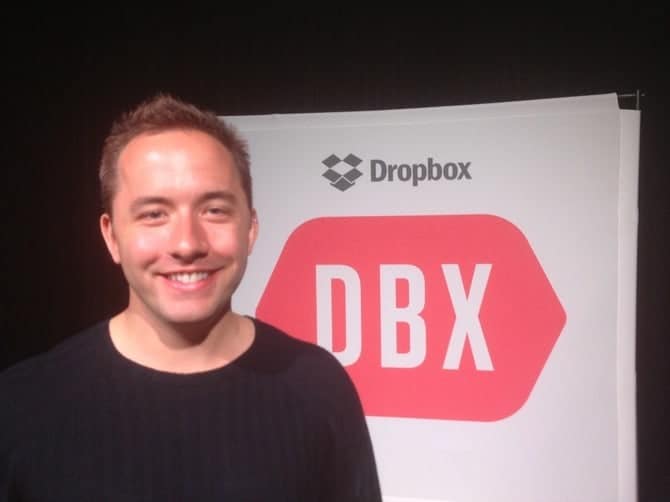 According to Drew the companies he has to worry about aren’t the giants like Google or Amazon, but those that are now emerging since their products might change the way the contemporary products are seen and thus he is always paying attention at what comes up.

He talked about his past and his life at the annual commencement ceremony of MIT in June 2013 and said: “I stopped trying to make my life perfect and instead tried to make it interesting.” He took the same philosophy into his company where his leadership brought the name of Dropbox to over 300 million users, four million companies and estimated annual sales of $450 million. 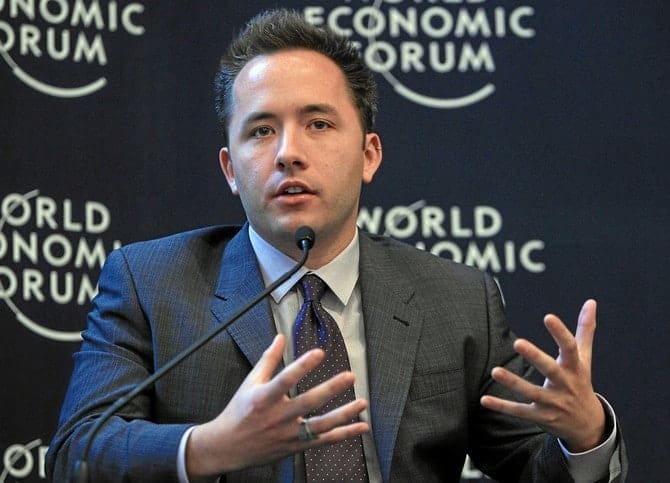 Tags:
Previous Article
The Vines Resort & Spa sits right at the base of the Andes
Next Article
The Donkervoort D8 GTO Bare Naked Carbon Edition