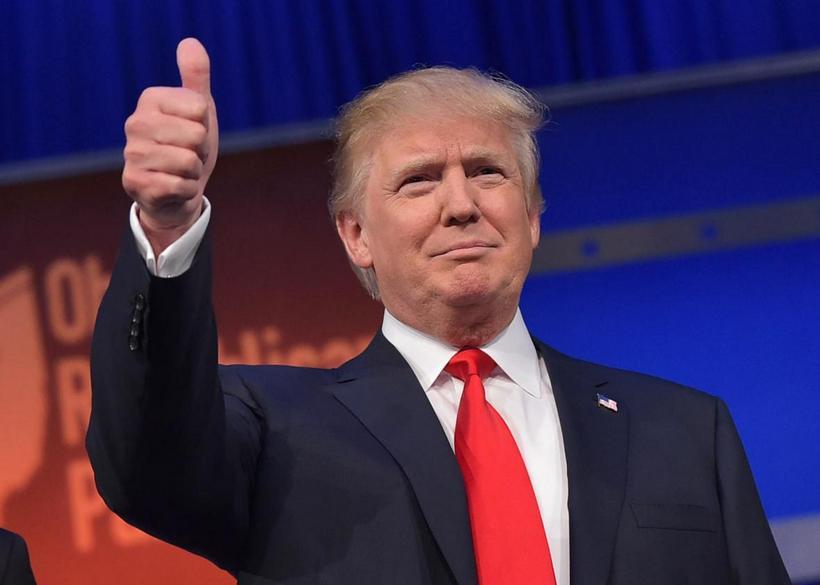 Donald Trump. We don’t need to tell you who this guy is, especially after he’s assumed office in the White House just a month ago as the 45th president of the United States.

Former reality TV star and a successful business magnate, he became one of the best known and most controversial businessmen of the 1980’s and 1990’s. His reputation precedes him. His net worth also. 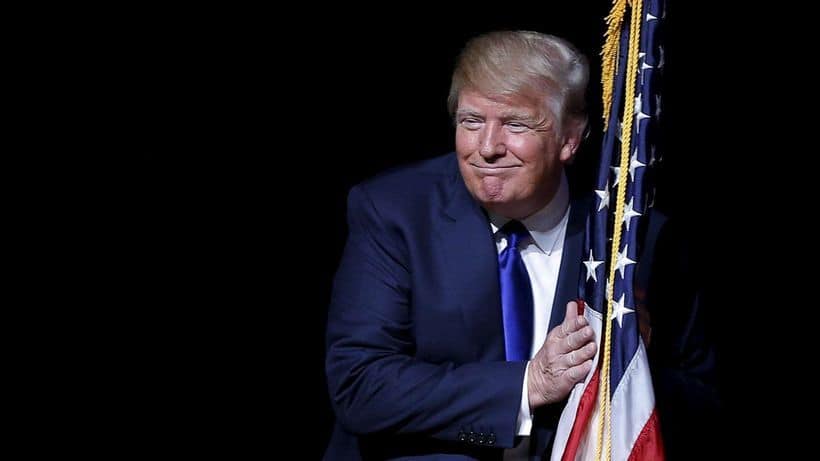 Donald John Trump was born on June 14, 1946 in Queens, New York. He’s the forth of five children of Frederick Christ, a successful real estate developer, and Mary MacLeod Trump.

When he was just 13, his parents sent him to the New York Military Academy hoping that a disciplined environment would channel the boy’s energy in a positive manner. While there, he did well and became a student leader and a good athlete. Later he said that he received more military training at that school than a lot of the guys who go in the military.

Afterwards, he attended Fordham University, but he transferred two years later to the Wharton School of Finance at the University of Pennsylvania, since it was one of the few at that time to offer real estate studies. He graduated in 1968 with a degree in economics.

While in school, he started working at the family’s company, Elizabeth Trump & Son. Also, his student deferments helped him stay away from the Vietnam War. 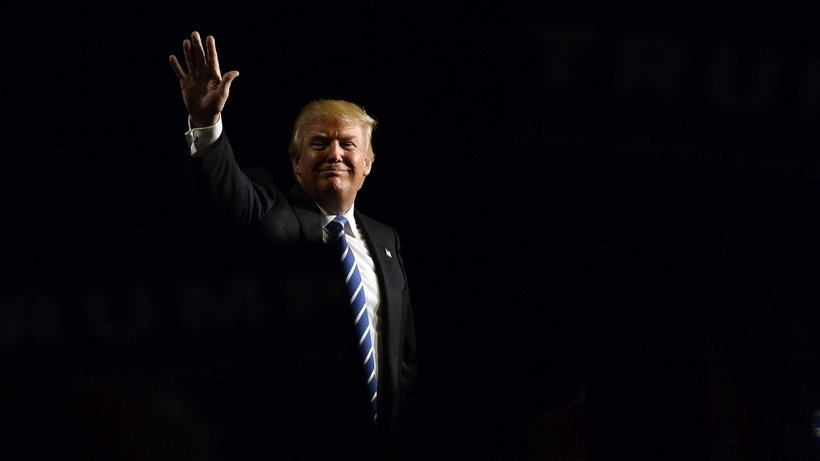 After his years in school, when Donald worked alongside his father, he was given control of the family company, which he later renamed into The Trump Organization. With a growing New York City and a plethora of economic opportunities at the time, Trump became involved in grand projects in Manhattan, starting to score larger and larger profits.

During the 1970’s, he took the unprofitable Commodore Hotel and transformed it into the Grand Hyatt, a brilliant move which sent his name into public prominence.

The early 1980’s saw the completion of the Trump Tower, which hosts his penthouse and The Trump Organisation’s headquarters. The shiny 68-story skyscraper also hosted the NBC TV show The Apprentice and it’s worth a cool $371 million today.

His expansion in that period included The Trump Castle in Atlantic City, New Jersey, the $150 million Mar-a-Lago estate in Palm Beach Florida, which was later turned into a private club with membership fees as high as $150,000, the Plaza Hotel in Manhattan and also the Taj Mahal Casino in Atlantic City, that’s apparently on the edge of shutting down as we speak.

As you can tell already, not all of Trump’s businesses were going well. The 90’s saw a huge decline for Trump’s empire and fortune, which was drastically reduced. The Trump Organization required a great deal of loans to prevent it from bankruptcy, but Donald Trump eventually managed to get back on top and grow his net worth bigger than ever.

Throughout time, Donald Trump has developed more than 500 companies and businesses, from skyscrapers to golf courses and casinos, and from TV shows to merchandise, books and much more.

With shares in many businesses, both in the US and outside, the mogul ranked at #113 in the US according to Forbes Billionaires 2016.

The Apprentice and Other Ventures 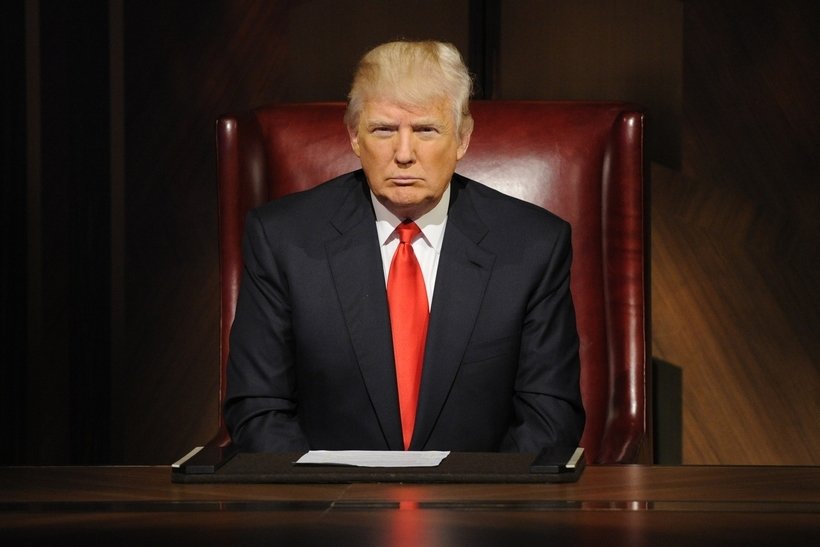 Often the subject of comedians and caricature artists, the overly-popular Donald Trump was the producer and host of the TV show The Apprentice, which runs since 2004 to this day, a show that revolves around Trump and his empire.

Donald’s initial salary of $50,000 per episode sky-rocketed to $1 million after the massive success of the first season. Some reports claim that, so far, Trump has earned more than $200 million for the show alone. That might have dragged him out of his down times in real estate business.

Although his business ventures are too many to count, and I bet not even Trump himself knows them all, we will mention a few.

Back in 1983, he purchased the New Jersey Generals, an American Football League team. Later that decade, he even created his own Tour de France, only that he called it Tour de Trump. Obvious, right?

Between 1996 and 2015, Trump owned part or all of the Miss Universe, Miss USA, and Miss Teen USA beauty pageants. Other ventures he started are a modeling company and even a university. I guess we don’t need to tell you how they’re called.

Trump owns all his hotel management and licensing business around the globe, with a net value of $123 million. He’s got dozens of deals across the world, in locations such as Toronto, Hawaii, Istanbul, Mumbai, Dubai and the Philippines, all properties bearing the Trump name.

His name garners huge revenues. Forbes estimated the value of the Trump brand at $200 million in 2011. Trump disagreed and claimed that the real value is $3 Billion. 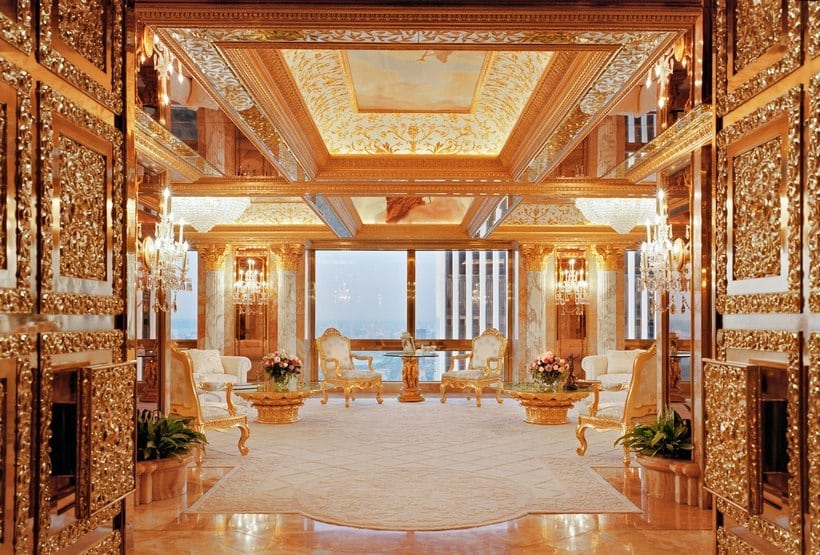 Now to the fun part. We’ve already mentioned his penthouse in the Trump Tower in New York City. That’s his primary home, with its gold and diamond covered door, indoor fountain, painted ceiling, and ornate chandelier.

Another one is the super luxurious estate and private club Mar-a-Lago in Florida, which features 58 bedrooms, 33 bathrooms, 12 fireplaces and 3 bomb shelters. I guess he’s got many friends, but also so many people jealous. He bought the property for $10 million in 1985, and today it’s worth $150 million. 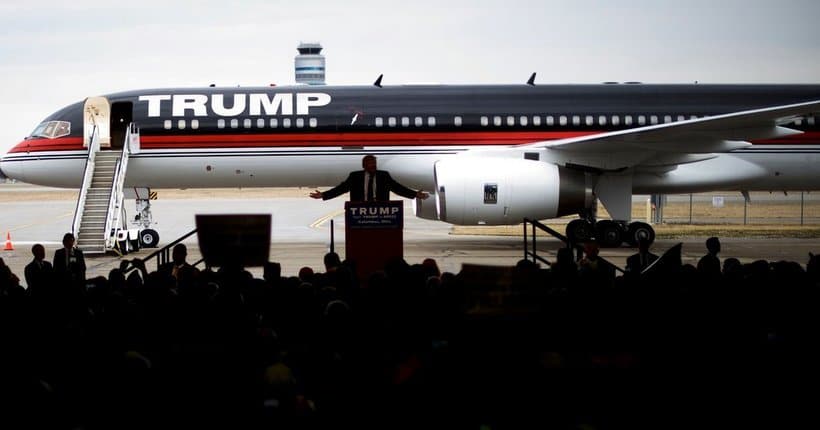 For transportation purposes, Trump used his $100 million Boeing 757 bedecked with gold seat belts, or his three Sikorsky Helicopters, and Cessna Citation X. His ground fleet includes luxury vehicles such as a Rolls Royce, an electric blue 1997 Lamborghini Diablo and a Mercedes-Benz SLR McLaren, but right now it’s all about the Air Force One and his presidential fleet.

Besides that, Trump instructed Orange County Choppers to craft him a custom motorcycle out of 24-karat gold and “elite custom parts”, but he’s still way behind Vladimir Putin and his motorcycle gang. I guess that’s why he’s only the second most powerful man on earth after Putin right now, according to Forbes World’s Most Powerful People in 2016.

Donald Trump Net Worth Over Time 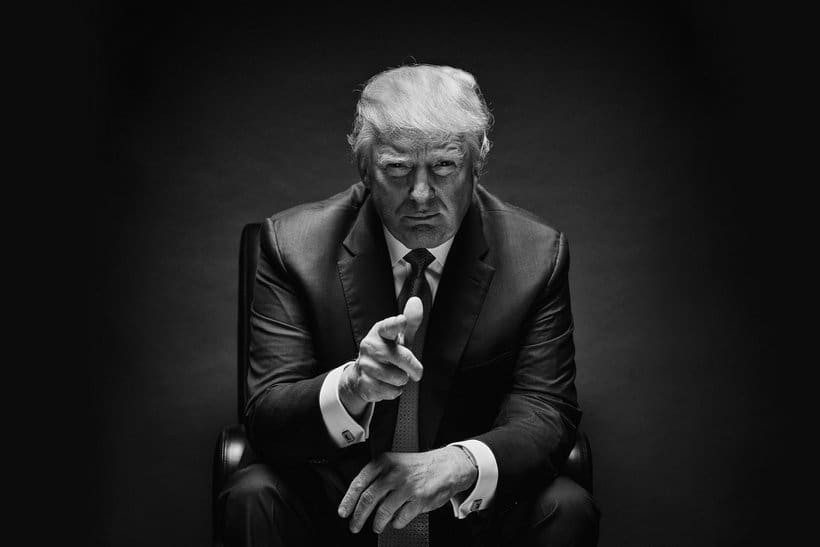 Back in 1982, Donald Trump had a shared fortune of $200 million together with his father. He made his first billion back in 1988, after his most successful period in real estate. But shortly after his businesses and fortune went through a dark period, and he barely made it out without going bankrupt.

After the election, Donald Trump’s fortune fell to $3.1 Billion. That still makes him the richest president so far. And since he’s the big boss right now, the boundary between possible and impossible fades even more.