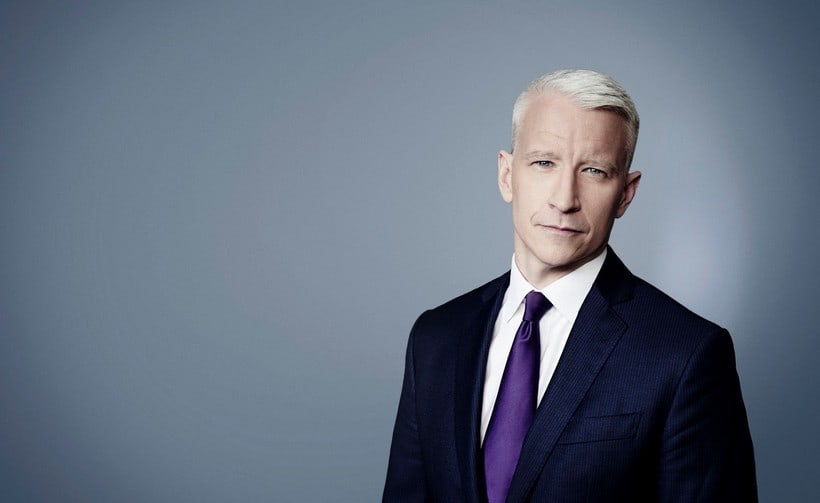 Anderson Cooper is a famous award-winning American journalist, talk show host and author. He’s the main anchorman of the CNN news channel, where he started his own news program back in 2003, a show we all know as Anderson Cooper 360°.

But what you probably don’t know about Anderson Cooper is that he did an internship for the CIA during two summer camps in collage, but he decided that wasn’t for him and chose to follow a career in journalism instead. Today, he’s one the richest news anchors in television, with a net worth of $200 million. 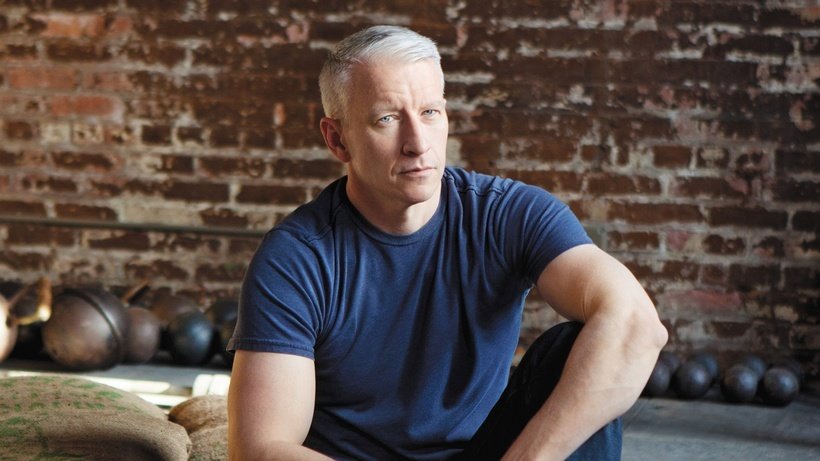 Anderson Hays Cooper was born on June 3, 1967, in New York City, the younger son of the writer Wyatt Emory Cooper and the renowned artist, fashion designer, and writer Gloria Vanderbilt, descendant of the once wealthiest and most conspicuous families in America.

His mother’s lifestyle and her media presence put Anderson in front of the camera from a very young age. As a baby, he was photographed for the cover of Harper’s Bazaar, and at just three years old, Cooper appeared with his mother on The Tonight Show. Later on, he had a brief career as a child model for Ralph Lauren, Calvin Klein and Macy’s.

However, his father’s death in 1978 and then his brother’s suicide a decade later would change Cooper’s mind about his future career. He became interested in questions of survival and why some people can adapt and survive to difficult conditions while others can’t. That sparked his idea to become a journalist.

Cooper was educated at the Dalton School, an exclusive, private institution in New York. He graduated in 1985 and went on to attend Yale University, and majored in political science. 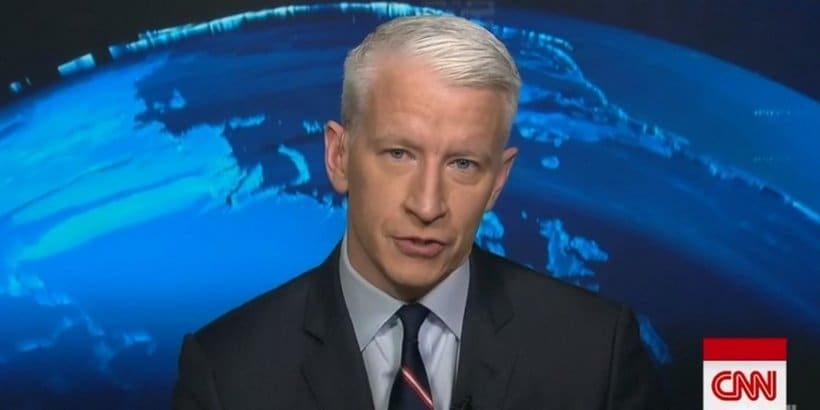 After he graduated from Yale in 1989, Anderson’s first assignment of his news career was as a fact checker for the small news agency Channel One, but he quickly became bored with this job and found ways to make his life a little bit more interesting.

With the help of a friend, he got himself a fake press pass, and then went straight to Myanmar on his own where he recorded the strife between students and the Burmese government. He later managed to sell the footage to Channel One, and following that, he went to live in Vietnam for a year, where he made reports on the Vietnamese life and culture for the same news agency.

His audacity made Cooper the chief international correspondent for Channel One, a position which sent him on a variety of war-torn regions of the globe for the next several years.

Cooper’s professionalism eventually attracted the attention of ABC News, which hired him as a correspondent in 1995. Later on, he became a co-anchor for its overnight World News Now program but then he needed a break from the demanding schedule and became the host of the new ABC show, The Mole.

After 9/11, Anderson felt compelled to get back to news reporting and he joined CNN as a correspondent and co-anchor. In 2003, he got his own news show, Anderson Cooper 360, which became a major success and made him a household name, after covering the world’s most important stories ever since.

Besides his well paid job with CNN, in 2007 Cooper also started to contribute to CBS News program 60 Minutes. 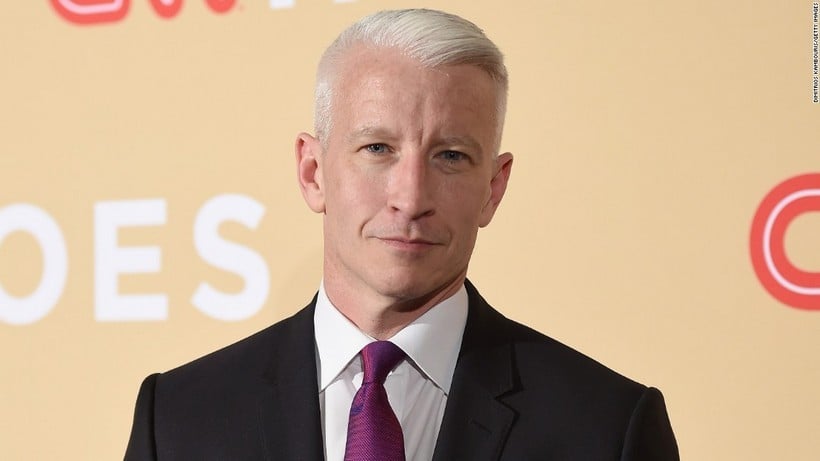 Although Anderson Cooper’s journalistic results across the years have brought him many honors and awards, plus some good paychecks, he hasn’t stopped there.

In 2007, Cooper became the host for the documentary Planet in Peril on CNN. Next year, he teamed up with two other correspondents and National Geographic Explorer to make a sequel, Planet in Peril: Battle Lines.

As of 2014, he began hosting CNN Heroes: An All-Star Tribute, a show which honors ordinary individuals with extraordinary contributions to their communities.

Aside from working in front of the camera, Cooper is also a freelance writer, with various articles written for many magazines. In 2006, he also published a memoir about his experiences covering wars and tragedies across the planet. The book, titled Dispatches from the Edge, had massive success and became a New York Times best seller.

Some sources state that he’s got some sponsorship deals which earn him around $2.5 million a year. Add that to his yearly CNN salary of $11 million in the last period and you get one happy news correspondent. 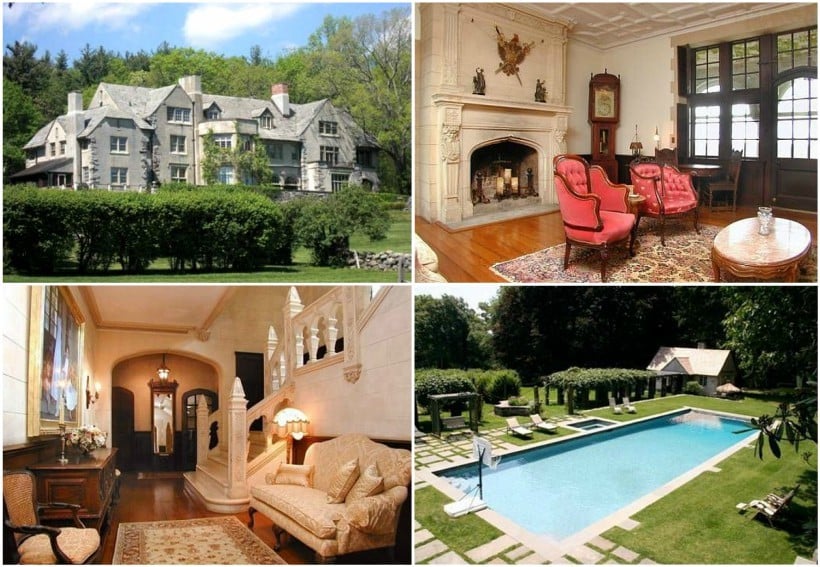 Probably one of the most unusual homes is Cooper’s 8,240 square feet firehouse in Greenwich Village, New York. He bought it in 2010 for $4.3 million, renovated it and transformed into a full home while still keeping all the classic details.

In 2012 Cooper sold his midtown Manhattan penthouse for $3.75 million, and two years later, he sold another property in Quiogue, New York, for $3 million, making a profit of $1.3 million.

He probably needed some more money for his new acquisition, a historic stone mansion in Litchfield County, Connecticut, for which he spent somewhere between $5 and $9 million in the summer of the same year.

With 18 rooms featuring the original chestnut wood paneling, limestone fireplaces and a hand-carved marble staircase, the luster mansion called Rye House is more than cozy. It’s got everything one can think of, from Japanese pagoda trees and magnolias to an olympic size swimming pool, tennis court and a walkway with stone pillars.

But Cooper couldn’t get enough, so he decided to get himself a gorgeous vacation home in Brazil, in the town of Trancoso, and name it Casa Anderson.

As for cars, at some point he was spotted driving a Black Chevrolet Camaro. If it was his or his boyfriend’s, we don’t know. Yes, you read that right. Boyfriend. And he’s content with that.

Anderson Cooper Net Worth Over Time 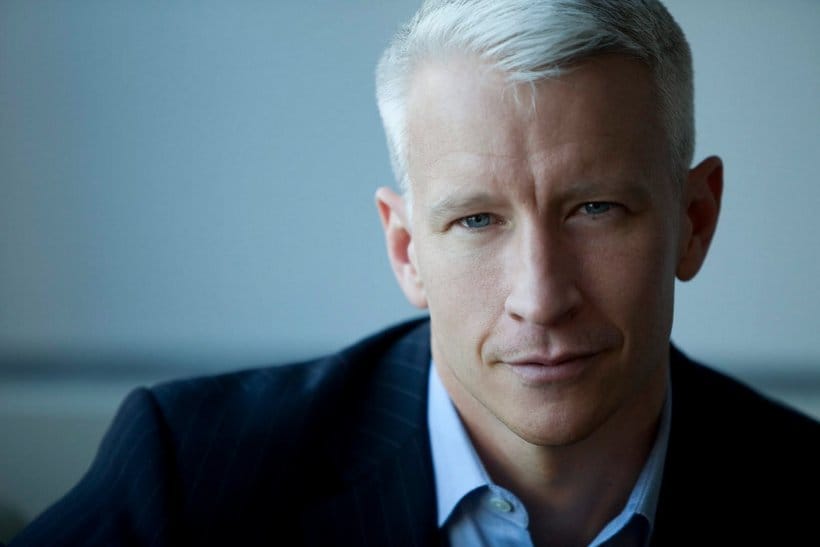 In an interview in 2016, Cooper said that despite his family’s great wealth, his parents instilled in him the drive to work hard and make a career path of his own.

And that’s exactly what he did, starting with his mini modeling career, which apparently brought him a few hundred thousand dollars when he was very young.

With his skills as a correspondent, covering major international events that marked the last decades, he grew to have an annual salary of $11 million working for CNN. His net worth in 2012 was $50 million and kept rising with $10 to $15 million every year, peaking at over $200 million today.

Will he stop here? Giving his journalistic drive and talent, no, he won’t.